The Commedia dell’Arte characters came to life at the Girls’ School yesterday, when the Year 7 and 8 students participated in a workshop as part of their Drama curriculum, investigating the functions of drama in cultural and historical contexts. Commedia dell'Arte, also known as Italian comedy, is a form of improvisational humorous theatre using different types of masks, which started in Italy over 400 years ago. Each character is driven by the desire of something, is led by a body part and is based on an animal.

After recently exploring Shakespeare, the girls are now looking at Commedia which has helped them explore the origins of comedy. The girls have seen how modern comedy such as Mr Bean, Faulty Towers and the Simpsons are all influenced by and linked back to Commedia.

The workshop gave the girls an introduction to mask work, while learning and experimenting with the characteristics of each main character. The girls were under the expertise of Lisa Brickell, who trained at Jacques Lecoq Drama School in Paris and specialised in Commedia at the Kiklos Theatre School in Italy.

During the workshop, the girls learnt about the history and its impact on modern comedy, the rules of mask work such as audience members cannot witness you putting the mask on or taking it off; once the mask is on, you are in character until it is removed. They also learnt how a mask forced actors to project their characters' emotions through their body and facial expressions. Historically, Commedia was the first time females performed, often they would play the male characters and vice versa. Not all actors have a mask, for example, the younger, more poetic and ‘better looking’ ones do not use them, as it is said they do not want to mask their beauty.

After the girls looked at each character in detail, some were selected to have a go at portraying the masked and unmasked characters to their peers. Back in the classroom, the girls will analyse the Commedia plays and compare the characters to those from different plays such as Shakespeare. To finish of their studies, the Year 7 students will prepare and perform a comedic routine also known as a Lazzi, with the Year 8 students performing scenes in groups as part of their Advanced Junior Oral Assessments in Term 4.

It was wonderful to see the girls fully engage with the genre and have fun extending their acting skills. Thank you Lisa for running the workshop with our Year 7 and 8 students, we know the girls have taken a lot away and are well prepared for their performances. 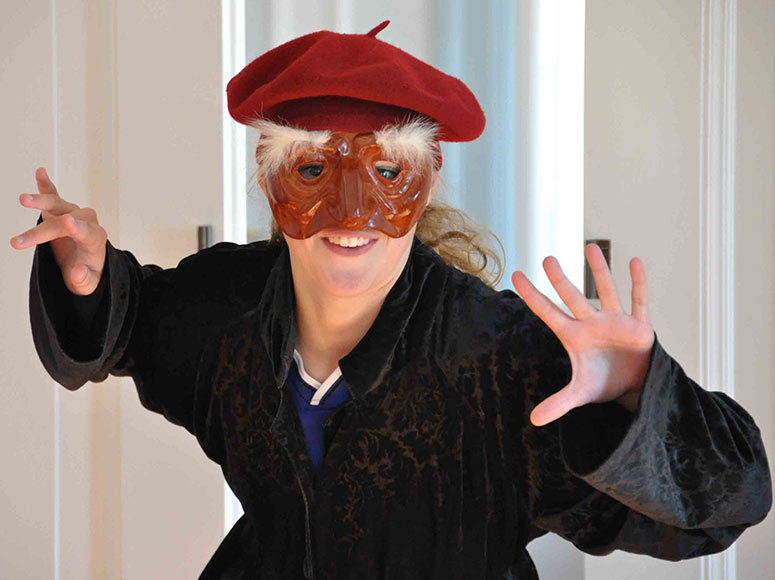 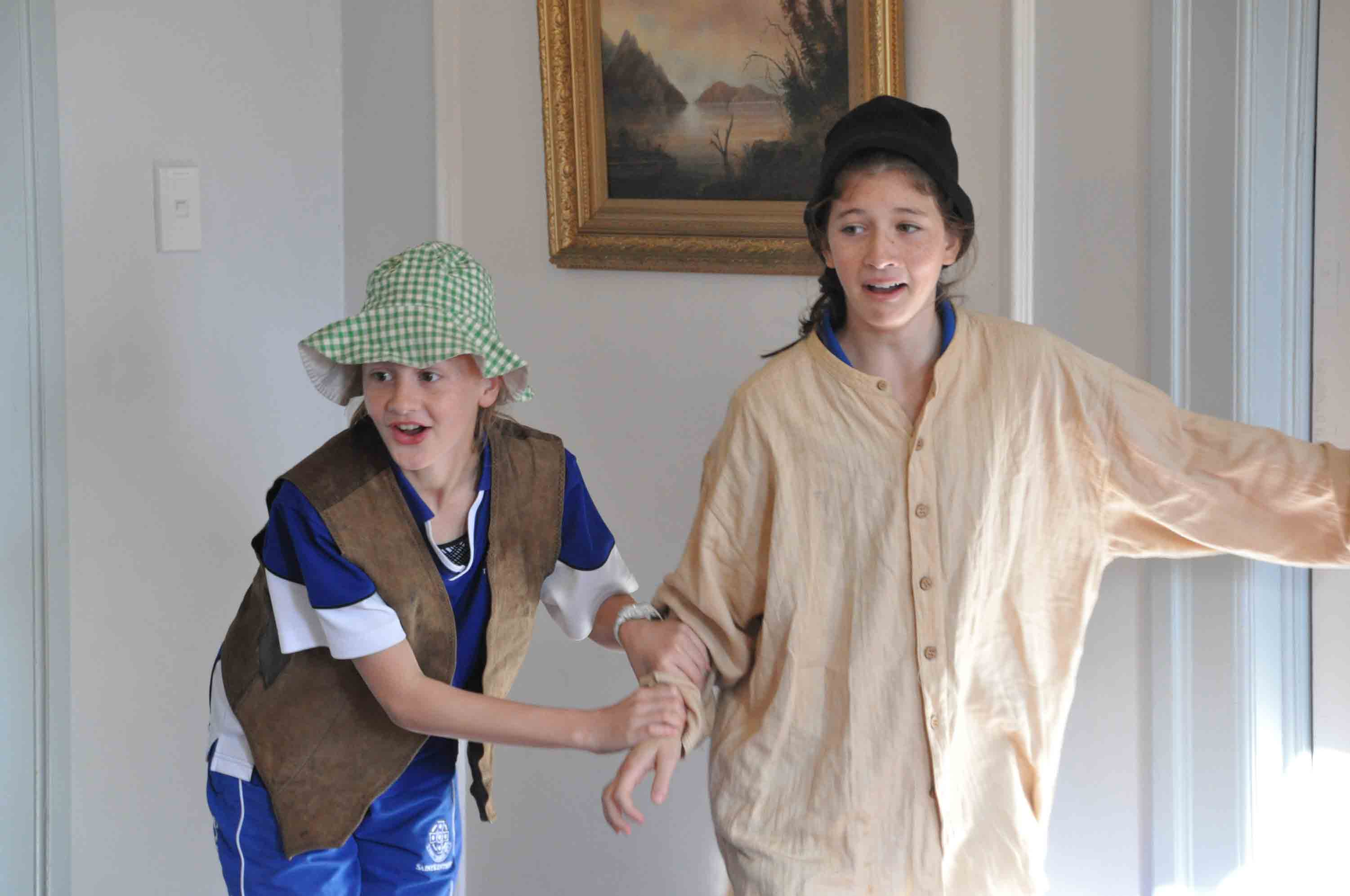 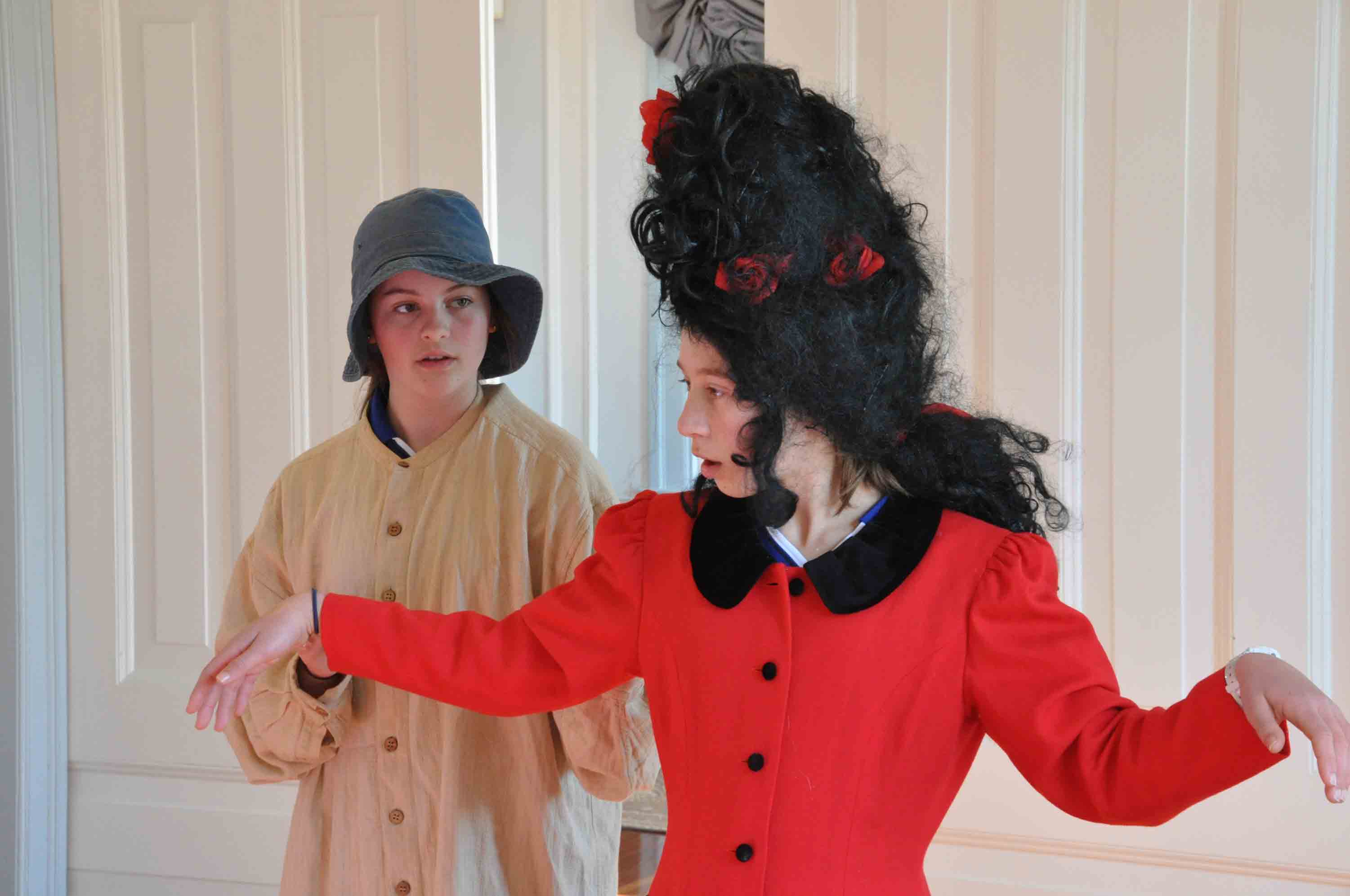