With thanks to Deputy Principal, Mrs Judith Dobson

Do you remember the tedium of driving in a car on a family trip over long distances and along the way looking for excuses to relieve the boredom? At this year’s Creative Arts Night at the Girls’ School, Year 3 presented the Car Trip poem by Michael Rosen and every member of the audience; adults and children alike could relate to this very real experience. Bridget Dennis as the exasperated mother, complete with handbag and pearls, played the part to perfection and all the supporting speakers knew full well how to act like the annoying children that we all have and love in our families. Such is the acting talent of our students that they were able to rock the audience with laughter as they saw themselves mirrored in this wonderful poem.

Acting talent was also evident in the Year 7 presentation of Little Red Rap - Little Red Riding Hood with a twist - and in the Year 4 speaking and acting scenes centred on an Antarctica theme; all of which emphasised the outstanding oral language programme taught through the Speech and Drama course.

Involving nearly fifty excited 5, 6 and7 year olds in a spoken piece with actions was a real challenge but Perky Pukeko's Pavlova Palaver, with nodding acknowledgement to the story of the Little Red Hen, was the perfect vehicle for these young students. Xarya Knox, as Perky Pukeko, confidently led the cast through the story of the pukeko trying to make a pavlova but finding no help from his friends. The mixing bowl, the sugar, the egg whites and the cream were wonderfully represented, through movement, music and dance by the smallest girls at school culminating in a cheerleader action from the ‘dreamy, creamy’ makers.

Gasps of appreciation at the dazzling and creative talent of the Year 5 students was heard all around the audience as the Trash to Fashion designs were brought forward one by one. Explanations accompanying the making, the materials and the assembly of the garments added to the wow factor and it was noted that three of these outrageous designs were part of an Auckland wide competition final held at Corban’s Art Centre.

Music and dance continued the showcase of festivity with the Performance Choir presenting two songs from their repertoire, first heard at the Kids Sing; the orchestra playing three very different works ranging from the Barcarolle by Tchaikovsky to Do you Hear the People Sing from Les Misérables and the dance groups from Year 6 and 8 moving to the music of Bruno Mars and the mystical Celtic Trance Oroshay.

The whole school provided the rousing opening and closing numbers; A Festival Tonight and A Great Saint Kentigern Girl. This was a fabulous evening of entertainment held over two nights and thoroughly enjoyed by our families. 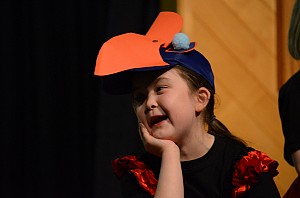 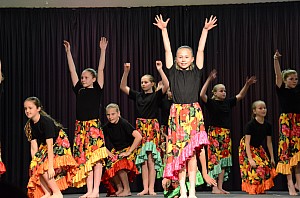 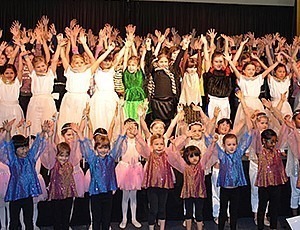 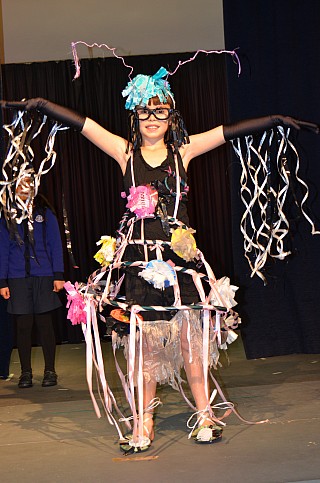 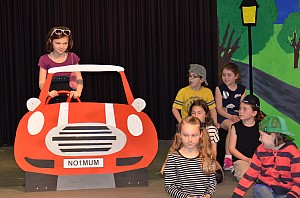 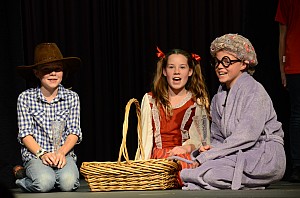