Girls’ School students, their families, guests and teachers filled the Boys’ School JC Chalmers Hall last night for their annual Prizegiving. This special occasion highlights the year that has been and is a time to congratulate the students on their academic, sporting and cultural success.

College Piper, Fayth Doherty, the first Girls’ School student to take up the pipes, led staff and invited guests into the ceremony before, Principal, Ms Juliet Small officially welcomed everyone. Chairman of the Trust Board, Dr John Kernohan spoke about leadership and congratulated the girls on their efforts this year, encouraging them to say ‘yes’ to every leadership opportunity presented to them during the holidays.

Head of Saint Kentigern, Mr David Hodge gave thanks to the staff, students and parents for a great year and congratulated the staff and students on their fantastic Education Review Office (ERO) report that was carried out this term. (ERO is the government department that evaluates and reports on the education and care of students in schools and early childhood services throughout New Zealand.)

Mr Hodge highlighted several comments that the reviewers made, including the unique bond between staff and students, how well-mannered, happy, articulate, confident and positive the girls were, and the endless opportunities to foster service and leadership.

Ms Small spoke about the year in review and the great achievements the girls have made, such as the all new Girls’ Ski Team who placed first in the Auckland Ski Championships and the senior students who participated in ShowQuest and placed first! She also spoke about the increasing roll growth and the designing of the new Girls’ School, followed by their 10-year celebration in March 2020.

After a humorous drama interlude by Isabella Hughes and Keeley Berkovist, the ‘Cultural Awards’ were presented by Mr Cassie to students for their art, speech, drama and music talents. Following this, Mr Hodge presented the ‘Sports Awards’ and acknowledged ‘The Sportswoman of the Year’, Amelia Duff.

The final awards for the evening were the ‘Special Awards’. These awards were presented by Ms Small to students who have shown outstanding results, resilience, service and leadership throughout the year. Deputy Head Girl, Keeley Berkovits gave thanks before Head Girl, Jamie Chandler gave her final speech, wishing her fellow students, including the 2020 Head Girl, Mikayla Chung and Deputy Head Girl, Sophie Yan the best of luck in the coming year. To conclude the evening the Performers’ Choir sang the blessing.

Congratulations to all the girls who received awards and we wish our Year 8s all the best as they move on to secondary school.

Edith began her journey with Saint Kentigern in 2018 as a Year 7. In this time, Edith has gone from strength to strength, developing strong communication and organisational skills, as was demonstrated in her leadership role of her House, Wishart.

Edith has continued to show determination and enthusiasm in her academic studies and combined with a mature outlook to her learning, has proven to be a winning combination this year. She is an enthusiastic student and has made the most of every opportunity that she has been given. One such opportunity was in music where she attained Excellence in Class Music. She is a competent musician, participating energetically in the Orchestra and has enjoyed the Choir.

Edith’s teachers describe her as delightful, determined and an extremely humble student – ‘she is destined for great things’. When we asked Edith where she sees herself in the future, her reply was, ‘I hope to be the best leader that I can be and to one day be the CEO of her own company.’ Well done Edith.

Xarya joined our Saint Kentigern community as a Year 0 in 2011. She was a mature and sensible young lady, even from a very young age. Xarya soon demonstrated a quiet determination with a burning ambition to achieve, especially in the academic arena.

She is a very kind and thoughtful student and is always willing to help where needed, especially when it comes to the Junior School where she offers her time throughout the day and first thing in the morning.

Xarya has immersed herself in school life, participating in a variety of cultural co-curricular activities.  She was an integral member of our very successful Kapa Haka Group, where she was a wonderful role model to her peers, demonstrating leadership and a pride in her heritage. She also confidently and competently led the Student Council Committee, using her initiative to organise many fundraising events.  Her collaborative manner ensured a successful year.

Xarya is not only an outstanding communicator, winning the Senior Speech Competition but also a studious student. When asked what her future goal is, Xarya said she would like to have a positive impact on the wider community through service to others. Well done Xarya!

SPORTSWOMAN OF THE YEAR
AMELIA DUFF

Amelia is hard-working, competent and an all-round athlete. She has had a successful year in swimming, where she was named the ‘Year Group Swimming Champion’ and the ‘Overall Senior Swimming Champion’. She has performed credibly at both the South Eastern Zone and Interzone Swimming Competitions where Counties Manukau ranked her first in her age group for the 200m backstroke and 100m freestyle. She was also ranked third in the 200m individual medley. Amelia recently competed at the Auckland Champs, placing first in both the freestyle and backstroke.

Amelia is also a versatile Netball, Touch Rugby and Tennis player, where she went on to twin tournaments with her teams and was undefeated in Tennis this season.

Amelia is recognized as a dedicated and passionate young sportswoman who consistently strives to give her absolute best. She is not only an incredibly talented young lady but is also an incredibly humble and modest young woman and is seen as a true role model among her peers. Well done Amelia! 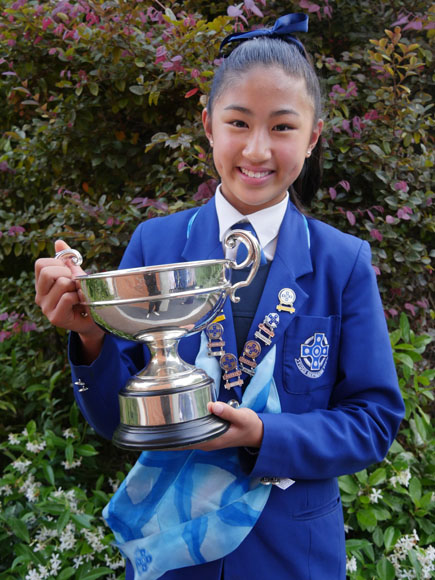 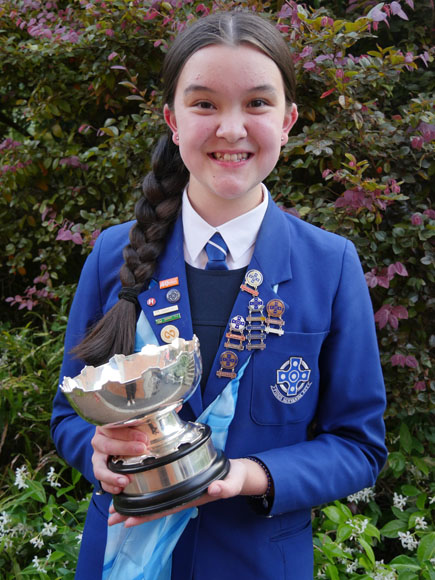 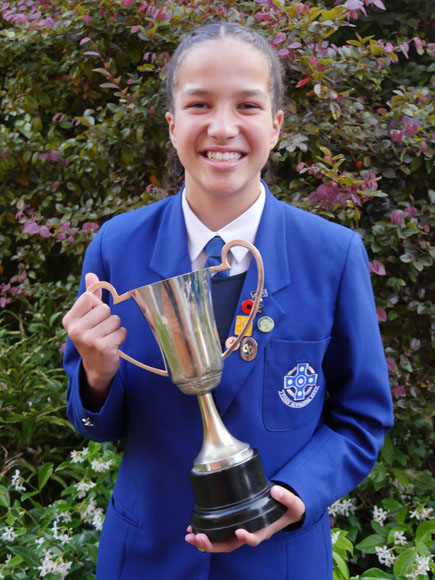 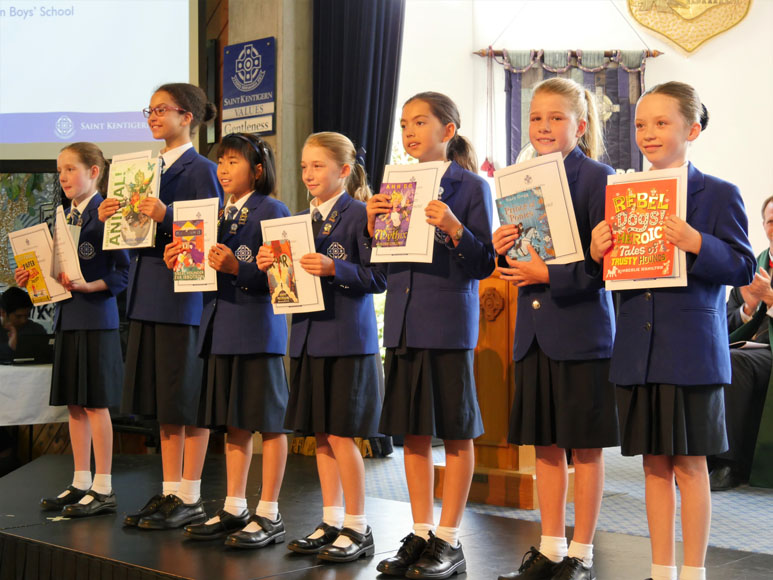 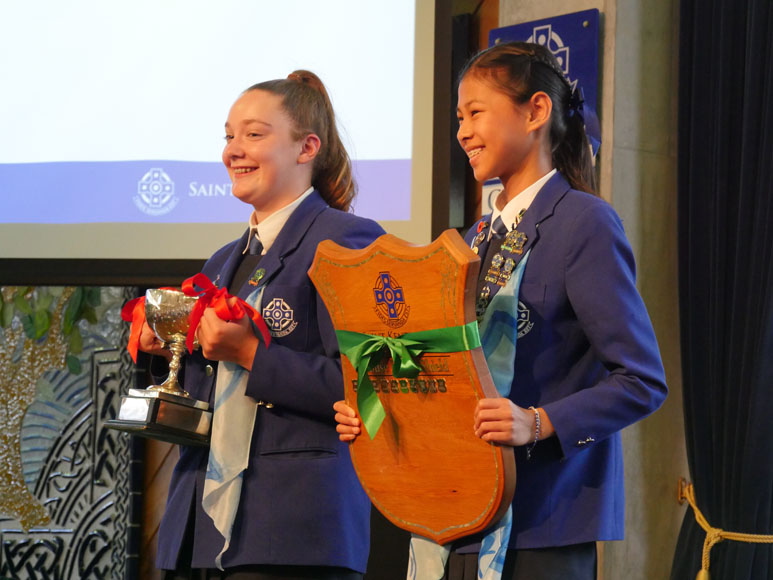 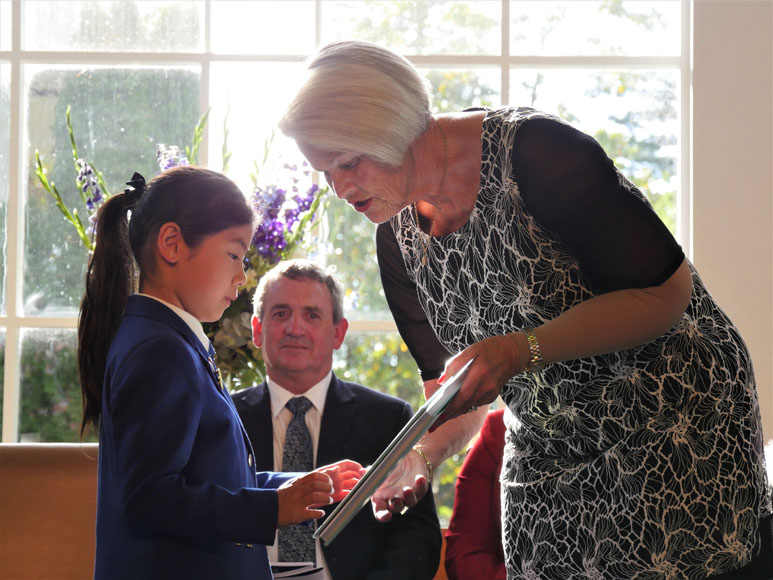 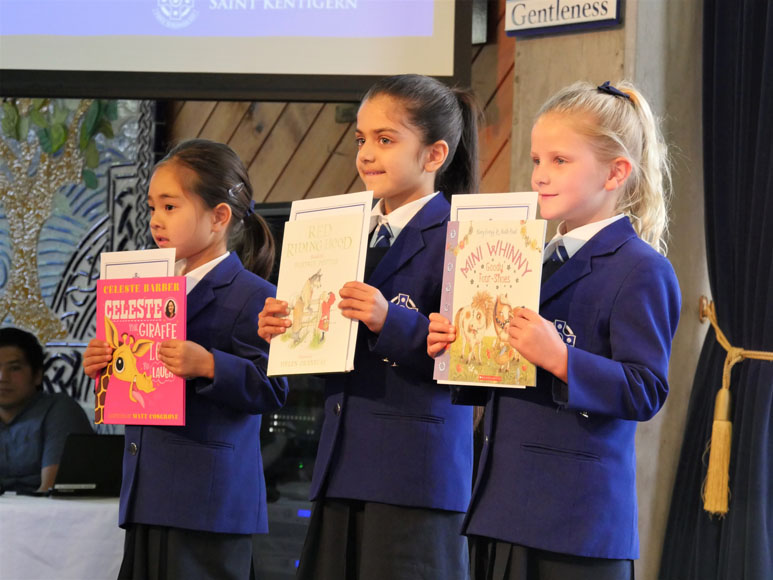 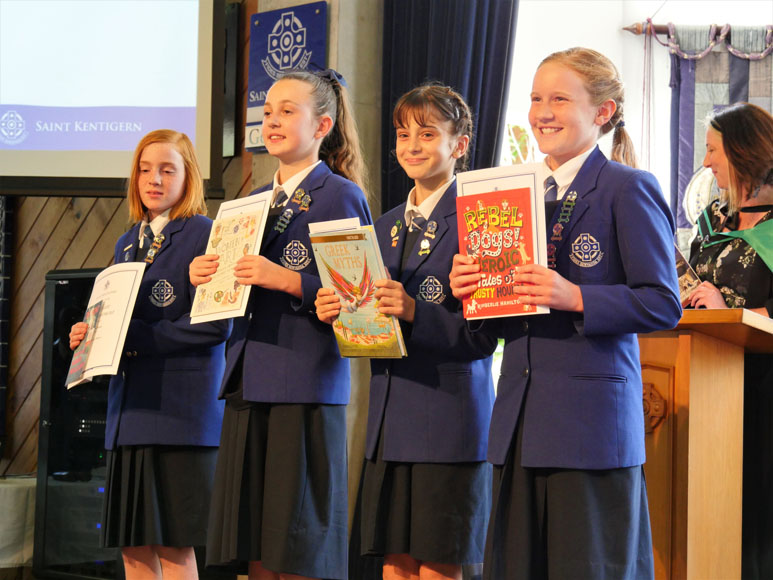