Full Marks and a Place at Oxford for Andrew!

With the release of the International Baccalaureate (IB) Diploma examination results in early January, we were absolutely delighted to hear that 2018 graduate and IB Dux, Andrew Chen, scored the highest possible score of 45 out of 45 points, the first Saint Kentigern student to do so.

This is a fantastic achievement for Andrew, who joins five other students in New Zealand who were awarded full marks last year. He is now one of 327 students to be awarded 45 points, out of over 181,000 students from 3200 schools in more than 150 countries, who completed the Diploma assessment in 16 languages across the globe during 2018. This places him in the top 0.18% worldwide! We are very proud of Andrew!

In addition to Andrew’s outstanding achievement, a further five of our students scored ’40 points or above’ from the maximum of 45, placing them amongst the elite group that gain 40 or over in the Diploma programme worldwide. These high-ranking students, join others from across New Zealand, to attend a ‘Top Scholars’ awards ceremony in early February to acknowledge their considerable achievement. At this ceremony the CEO of Air New Zealand, Mr Chris Luxon will present them with their awards. These students represent approximately the top 6% of IB Diploma graduates globally. 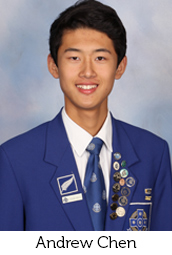 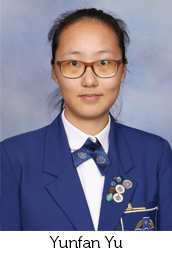 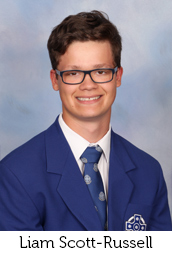 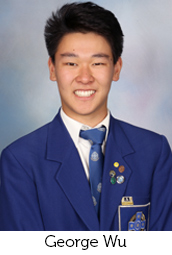 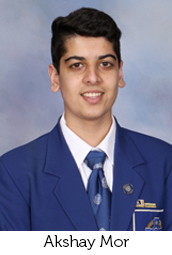 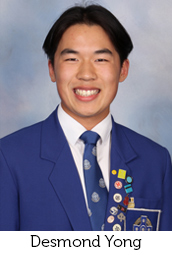 Last year, Saint Kentigern had 38 Year 13 students entered in the IB Diploma programme, who gained an average point score of 34. This compares most favourably with the world average of 28.58. New Zealand students punch well above their weight in this demanding, international education programme that is highly recognised worldwide for university entry.

Joining the College in 2014 as a Year 9 student, Andrew Chen quickly distinguished himself as an outstanding academic student. Andrew was the Dux of Middle School in 2015, 1st in Year 11, 1st in Year 12 IB Diploma and then went on to be named the IB Diploma Dux in his final year.

Andrew has proved to be an exceptional mathematician who has come first in every New Zealand-wide mathematics competition over the past four years. As a Year 11 student, Andrew was awarded the NZQA Scholarship Top Subject Scholar award for Statistics and also gained a Scholarship in Calculus. These are exams usually taken at Year 13.

Andrew has also represented New Zealand three times at the International Mathematical Olympiad (IMO), and was a bronze medallist in 2017. Last year, he was one of six students chosen by the Royal Society Te Aparangi for outstanding achievement and contribution in STEM, giving him the opportunity to travel to Europe in July last year to attend the London International Youth Science forum and then travel on to visit CERN in Geneva.

The IB Diploma programme requires students to study three subjects at a Higher Level (HL) and three at Standard Level (SL). Andrew studied English, Chinese, Maths, Physics, Economics and Chemistry but elected to do the latter four at Higher Level – the first Saint Kentigern student to do this. There was no mark advantage to this decision, but it allowed him the personal gain of studying four subjects in depth, requiring considerable additional study hours. Andrew said he also felt it broadened his future options to have studied both economics and sciences at a higher level.

Diploma students are also required to submit an ‘Extended Essay’ – a 4,000 word in-depth piece on a subject of their choosing. Stemming from a mathematics question he’d encountered in the IMO, but had been unable to solve at the time, Andrew’s Extended Essay was entitled, ‘Investigating Doubly Diagonalized Pseudo-Latin Squares.’ His research question was ‘For which ordered pairs (m,n) does there exist a doubly diagonalized pseudo-Latin square of order m and dimensions n x n?’ His research highlighted the different perspectives and methods used in Mathematics and the result was a most scholarly article. Amazingly, the Extended Essay is only worth a single point, but it’s a point that must be passed!

Unsurprisingly, Andrew was selected as a member of the 2018 Scholars Group and was nominated as the Academic Prefect. Part of this role was to oversee the S2S peer tutoring programme where he made significant innovations and tripled the participation of students seeking academic peer to peer mentoring. He also coached younger Mathex teams over the past four years, was a member of the Premier Advanced Debating Team who placed first at the Auckland Regional Debating Championship, he participated in the Duke of Edinburgh Gold Award and represented Saint Kentigern College on the Howick Youth Council.

With this calibre of achievement already behind him during his Saint Kentigern years, added to a quiet determination to excel at the highest level on Andrew’s part, it’s little surprise that he should have aimed high for his tertiary studies.  Whilst offered a University of Auckland Top Achiever Scholarship, Andrew cast his net wider, firstly being offered a place with a scholarship to Sydney University. It was a chance of an interview at Oxford University that changed that path. Andrew had high hopes for two interviews with professors from two separate departments at Oxford via Skype - and then waited nervously to finally hear that he has been accepted for a place at Oxford University! He plans to study Mathematics and Computer Science; a course with an intake of only 30 students worldwide every year.

Senior College Principal, Mrs Suzanne Winthrop said, ‘Each year, Saint Kentigern has reason to be proud of students who excel at the highest level in their fields of endeavour, from academic to sporting and artistic pursuits. Once in a while, we have reason to be exceptionally proud. This is one of those occasions! We were proud to hear that Andrew had achieved the full 45 marks in the International Baccalaureate Diploma, and then were absolutely delighted to hear that his pursuit of excellence has been rewarded with a place at Oxford University. We wish him all the best with his studies and will follow his career with interest.’

At Saint Kentigern, we have the highest expectations for each student in all aspects of their education and this is particularly evident in the IB Diploma Programme (IBDP).

The IBDP provides a highly regarded internationalqualification for entry into higher education and is recognised by universities worldwide. It was developed in the late 1960s in Geneva, Switzerland, by a group of international educators seeking to better prepare students for university level education. After a six-year pilot programme that ended in 1975, the Diploma was established and in the intervening years, the programme has spread worldwide with the number of enrolled students across the world continuing to grow year on year.

In 2008, Saint Kentigern gained accreditation as an IB World School enabling the Senior College to offer the International Baccalaureate (IB) Diploma as an alternative qualification to NCEA for students in Years 12-13. Currently in Year 11, all Senior College students undertake NCEA Level 1 qualifications. At Year 12, students choose to either continue with NCEA or embark on the two-year IB Diploma course.

The IB Diploma programme emphasises high academic standards in the mandatory areas of literature, a second language, mathematics, humanities and science. Academic excellence is coupled with an emphasis on personal development through the IB Learner Profile, in areas such as international-mindedness, social awareness and tolerance, and organisational and research skills.

It aims to develop students who have excellent breadth and depth of knowledge, emphasising critical thinking, as well as inter-cultural understanding and respect for others in the global community.

The programme is aimed at average to good self-motivated students with a strong work ethic; it is not an elitist qualification, but its rigorous standards and in-depth study of subjects do require commitment, organisation and initiative.

IB Diploma students take six subjects (selected from subject groups) of which three subjects are studied in-depth at Higher Level (HL) and three at Standard Level (SL). The Higher Level courses represent 240 teaching hours and Standard Level courses represent 150 teaching hours. The requirement to select a subject from each group ensures that the science-orientated student is challenged to learn a foreign language and the natural linguist becomes familiar with the scientific process. Whilst balance is maintained, flexibility is catered for with a student choosing Higher Level subjects to pursue areas of personal interest and to meet special requirements for university entrance.

In addition, the programme has three compulsory, core course requirements that are included to broaden the educational experience and challenge students to apply their knowledge and understanding. This requires students to complete a course in the Theory of Knowledge (TOK), write a 4000 word Extended Essay (EE) and participate in Creativity, Activity and Service (CAS).

IB Diploma subjects are assessed by a combination of continuous course work and external examinations at the end of the two-year programme. Each of the six selected subjects is marked from 1 (poor) to 7 (excellent). A further 3 points are awarded for the core subjects making a maximum point total of 45 to gain a Diploma.

For more information about the International Baccalaureate Organisation Worldwide, visit their website: www.ibo.org