There is an old adage that says, if you want something done, ask a busy person. The current Academic Prefect at the College, is one such person. Not only does he work hard to achieve at the highest level for himself, but he also mentors others to follow in his footsteps.

Whilst Andrew is focused on all aspects of his learning, he has a particular gift and passion for mathematics. For the fourth time in four years, Andrew has won the Auckland Mathematical Olympiad – making it his second time win in the Senior Division (Years 12&13), having earlier won the Junior Division for two years in a row.

Each school in the wider Auckland region could send up to 7 students, with each competition attracting up to 180 participants for a taxing set of mathematical challenges. Joining Andrew in the senior division were Year 12 students, Alex Zhang and Grace Chang, whilst Year 11 students, Xavier Yin and Tony Yu competed in the junior division. All five students placed in the top 15 in their section, meaning Saint Kentigern won 5 of the 30 awards on offer.

Run by The University of Auckland, the Auckland Olympiad is part of a nationwide programme that builds to the selection of a New Zealand team to compete at the International Mathematics Olympiad. This year, it will be held in Romania during July and Andrew is already confirmed as part of the 6-person team to compete. He is no stranger to this prestigious competition, it will be the third time he has represented New Zealand!

Andrew enjoys inspiring and mentoring other students at all levels to achieve mathematically. He has been coaching the College Mathex team since Year 10 and has led the Maths Club for three years. To assist other students, he has prepared many Mathex questions and trial papers for all year levels – a fantastic resource for the College.

At a higher level, he has tutored Grace for the last two years. Grace also went to the Maths Olympiad camp in January and has been selected into 12 squads this year. Andrew is hopeful that she may rise to a place on the NZ team next year. To help and encourage other students to attend the Olympiad, he contacted potential contestants, wrote documents such as ‘useful things to know’ (available on OLE), shared resources, ran tutorials during the holidays and term time, wrote trial papers and organised a trial test.  He is very pleased that it has helped to lift the total number of College students who were placed in the top 15 this year, and that more students now enjoy the challenge of maths.

Andrew has an impressive list of mathematical achievements to date:

Congratulations Andrew on your latest achievement and thank you for your commitment to helping others. A true son of Kentigern who is already fulfilling our vision that ‘Our Graduates will Serve and Lead with Distinction.’ 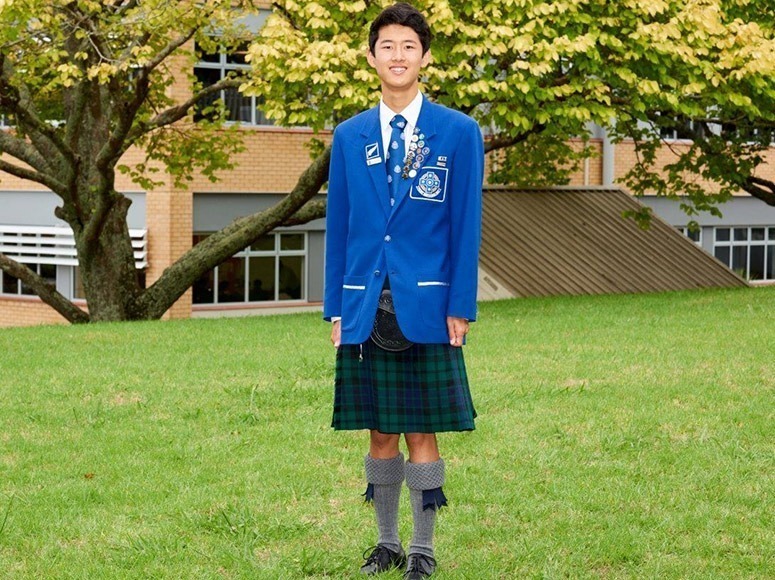