A select group of Year 8 students presented their Science Fair projects for judging at the NIWA Auckland City Science and Technology Fair. After being judged on their ability to produce investigations that demonstrate how to carry out and write up a fair test, seven students were awarded – receiving 14 awards collectively.

Several judges commented on how well the girls presented their projects to their audience. They also acknowledged the noticeable difference in the girls’ choice of topics moving toward future thinking and looking at how we are using the resources of our World. The investigations made an impact, as not only were they executed well, thoroughly planned and accurately recorded, they showed a connection with people within the community or other scientists.

Keeley Berkovits was awarded second place in the Physical World category with her project, ‘What Watt’. Her project caught the judges’ attention as she investigated what the best orientation is for solar panel placement to optimise weather conditions - the results showed North facing panels produced the most electricity. In addition to this, she was awarded the Silver Sponsor’s Award; ASTA Award for Experimental Design.

Coming second in the Planet Earth and Beyond category was Abby Heazlewood with her project, ‘Plastic Beaches!’ Abby focused on finding out how much plastic is on our beaches and the quantities of larger pieces of litter and small pieces of plastic - she also looked at why there are various amounts on different beaches. Alongside second place, Abby also received the Bronze Sponsor’s Award; Supporters of Tiritiri Matangi & Fullers Cruises prize.

Abby Davidson also picked up a second place in the Living World category for her project, ‘A New Antibiotic?’ Abby tested if kawakawa can be used as an antibiotic and kill bacteria. In her findings, she discovered that it can kill off minor bacteria. Abby was also awarded the Bronze Sponsor’s Award; Delta Education Supplies Prize.

Jamie Chandler received three awards for her project, ‘Waters in the Wetland.’ She gained a Highly Commended in the Plant Earth category and claimed the Bronze Sponsor’s Award; Birds Auckland Award and the Silver Sponsor’s Award; RIMU Auckland Council Award. Jamie aimed to prove that the pond drainage system at the Maungarei Springs Wetlands is effectively treating the stormwater from the stonefields.

Also awarded Highly Commended was Anamia Rangihaeata for her Technology project, ‘Solar Saviour.’ Anamia focused on creating a solar panel that collects more energy and electricity than the average panel. For this, she also received the Silver Sponsor’s Award; ESA Publications Prize.

Cillia Fa’afua entered the Living World category with her project, ‘Gluten Free Balloon’ and also received a Highly Commended and a Special Award. Cillia tested which flour contains the most gluten and was given the Bronze Sponsor’s Award; NZIFST Award for Food Technology.

Chelsea Wijntje entered the Technology category with her project, ‘Flat Light Café’ and also received a Highly Commended. Chelsea tested whether an LED light gives out more light when it has a coffee pod surrounding it or not. She then designed a tree that was based on Fibonacci theory that and looked at how effective the light emitted from her tree design giving an improved light output.

The results this year represent the ability and hard work exemplified by key students in this cohort. All projects showcased a diverse range of investigations, where the students’ focused on fair testing principles, innovation, inquiry and skills in accuracy of measurement and presenting statistics.  Well done girls! 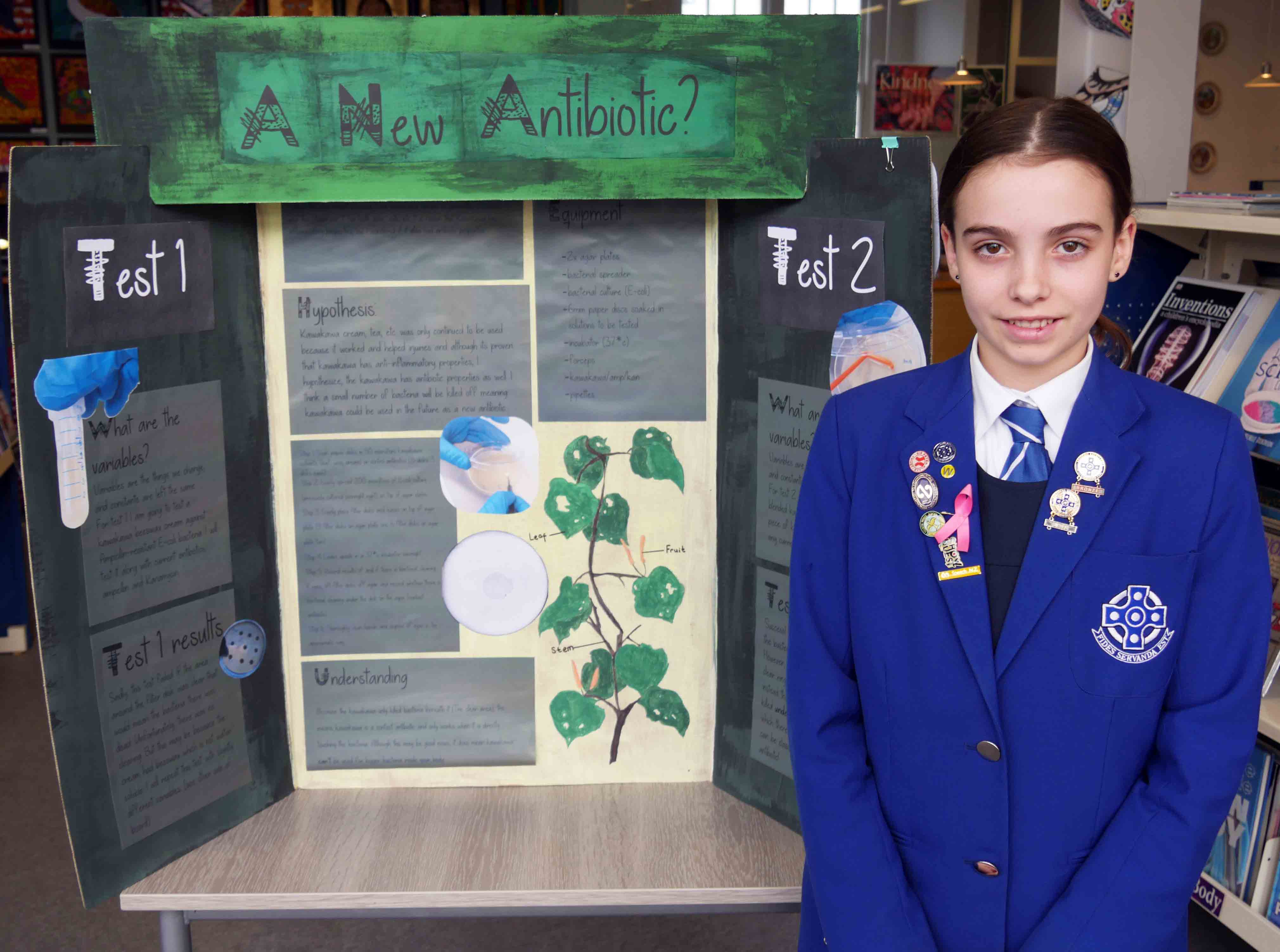 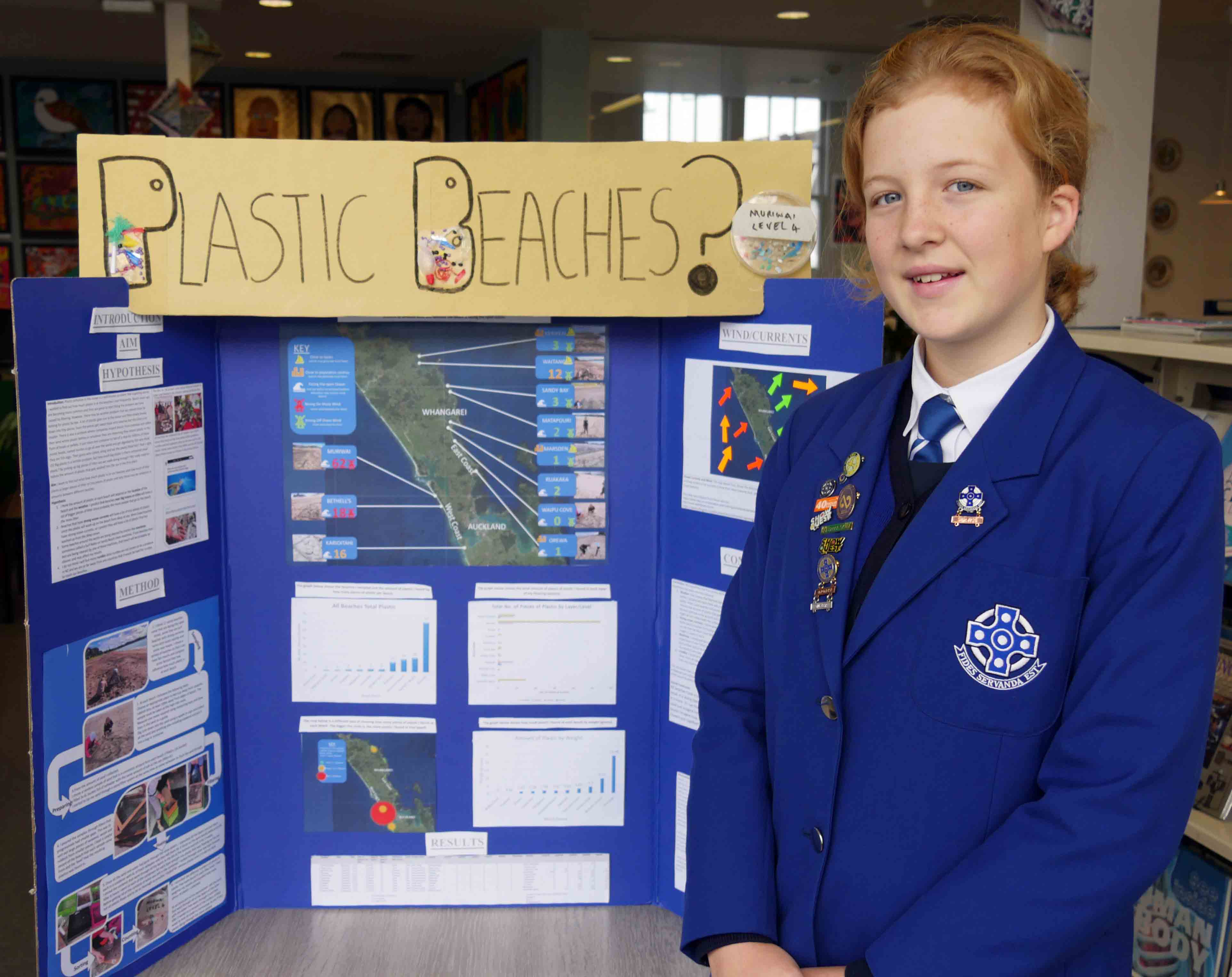 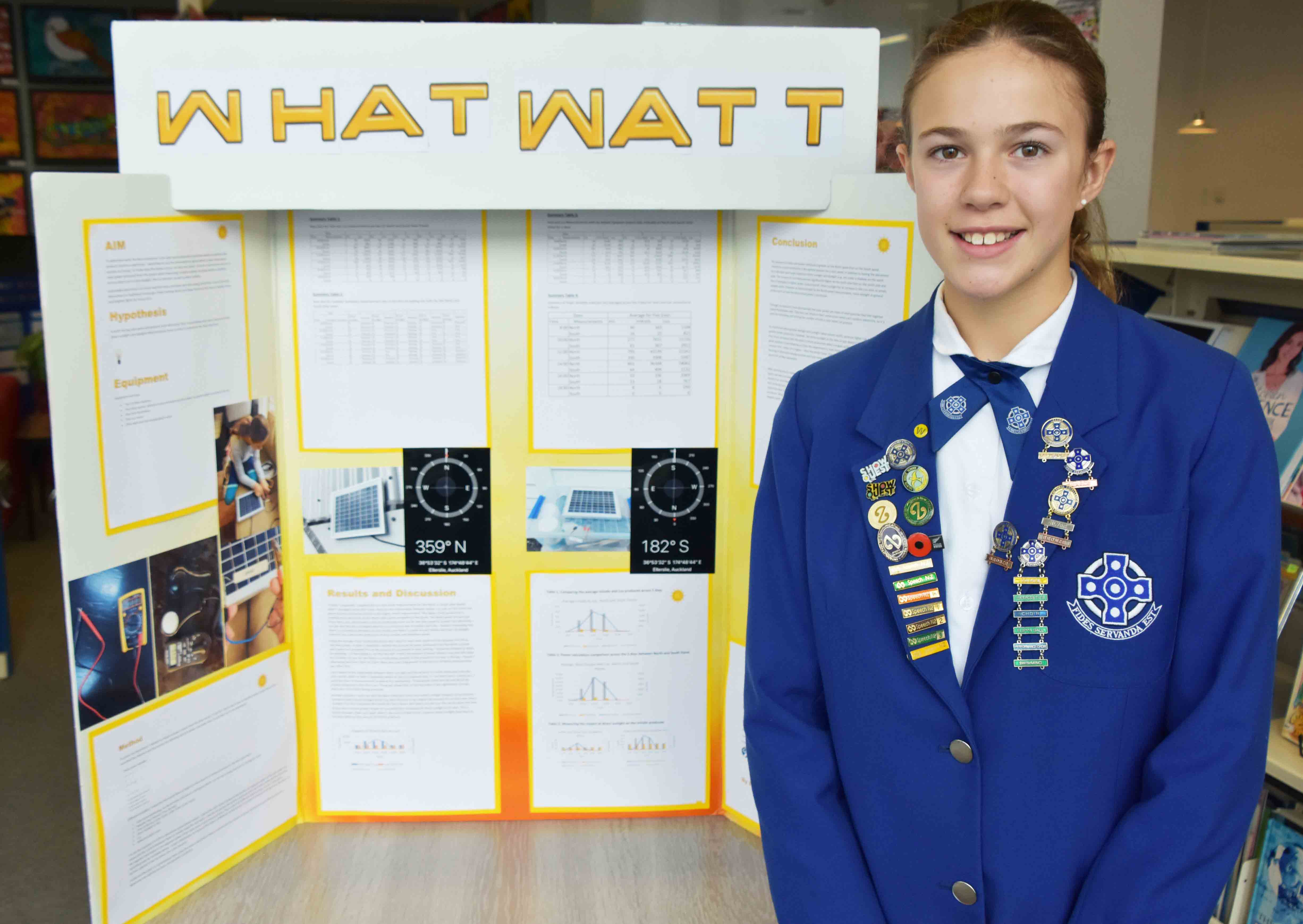 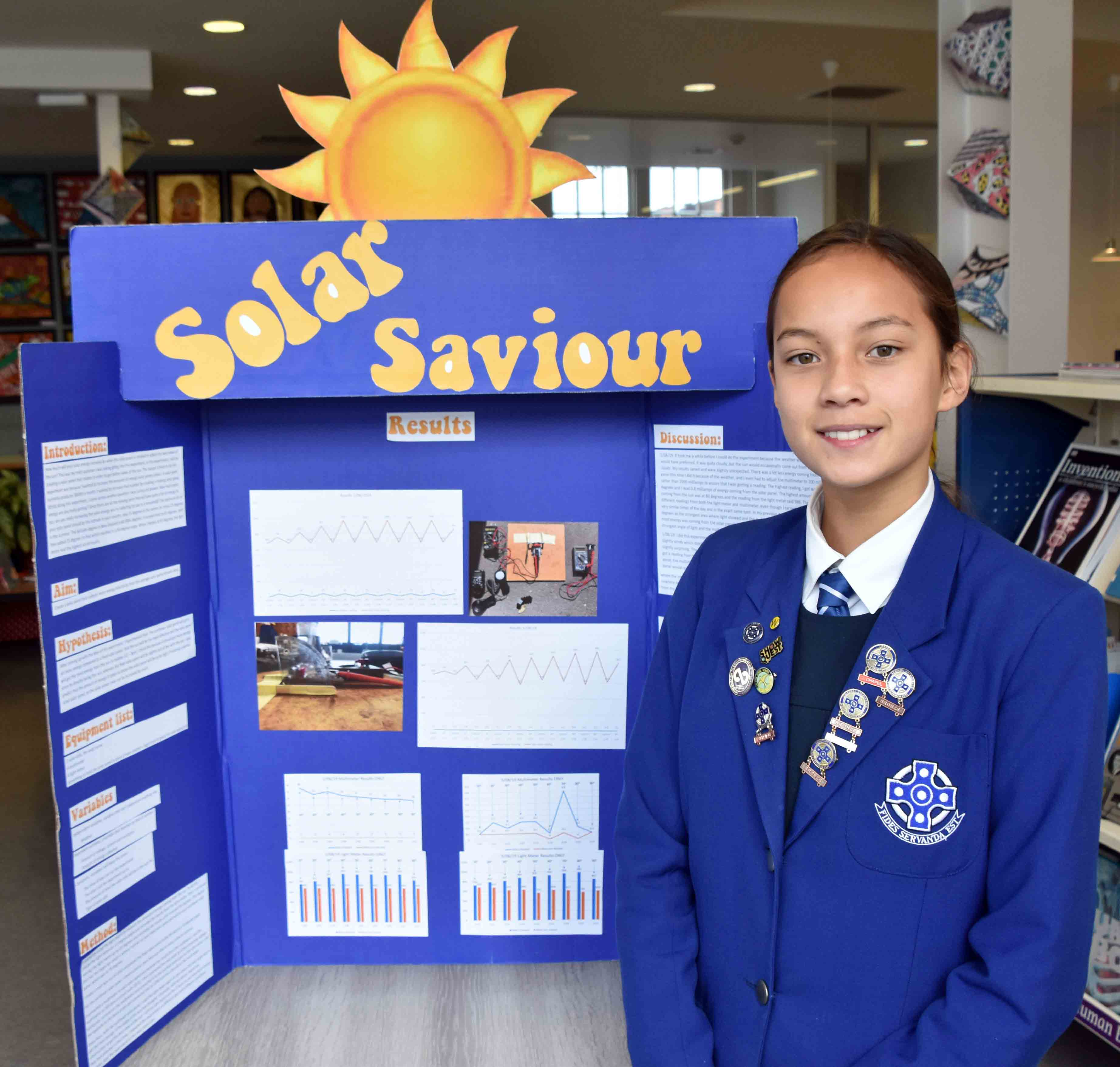 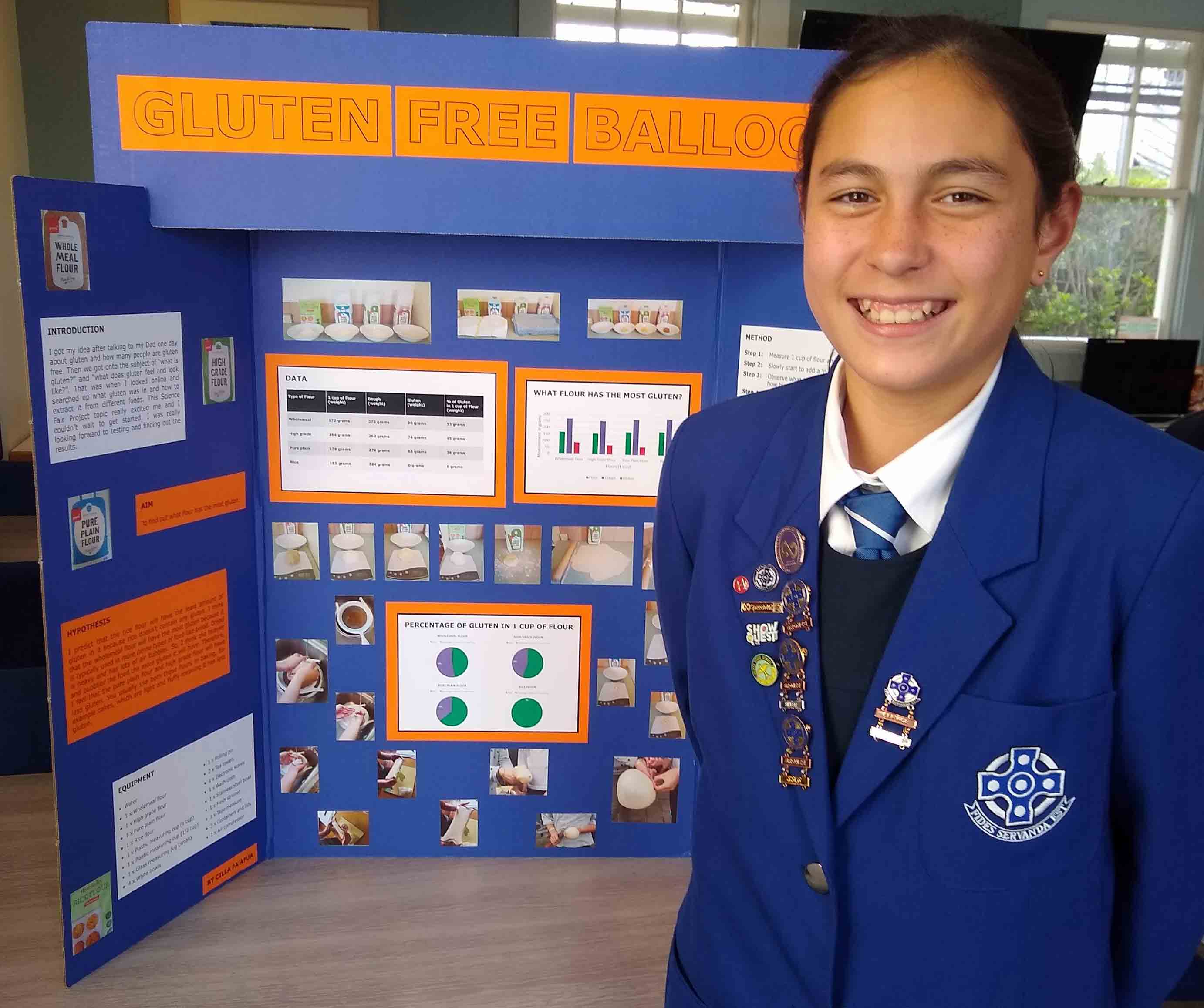 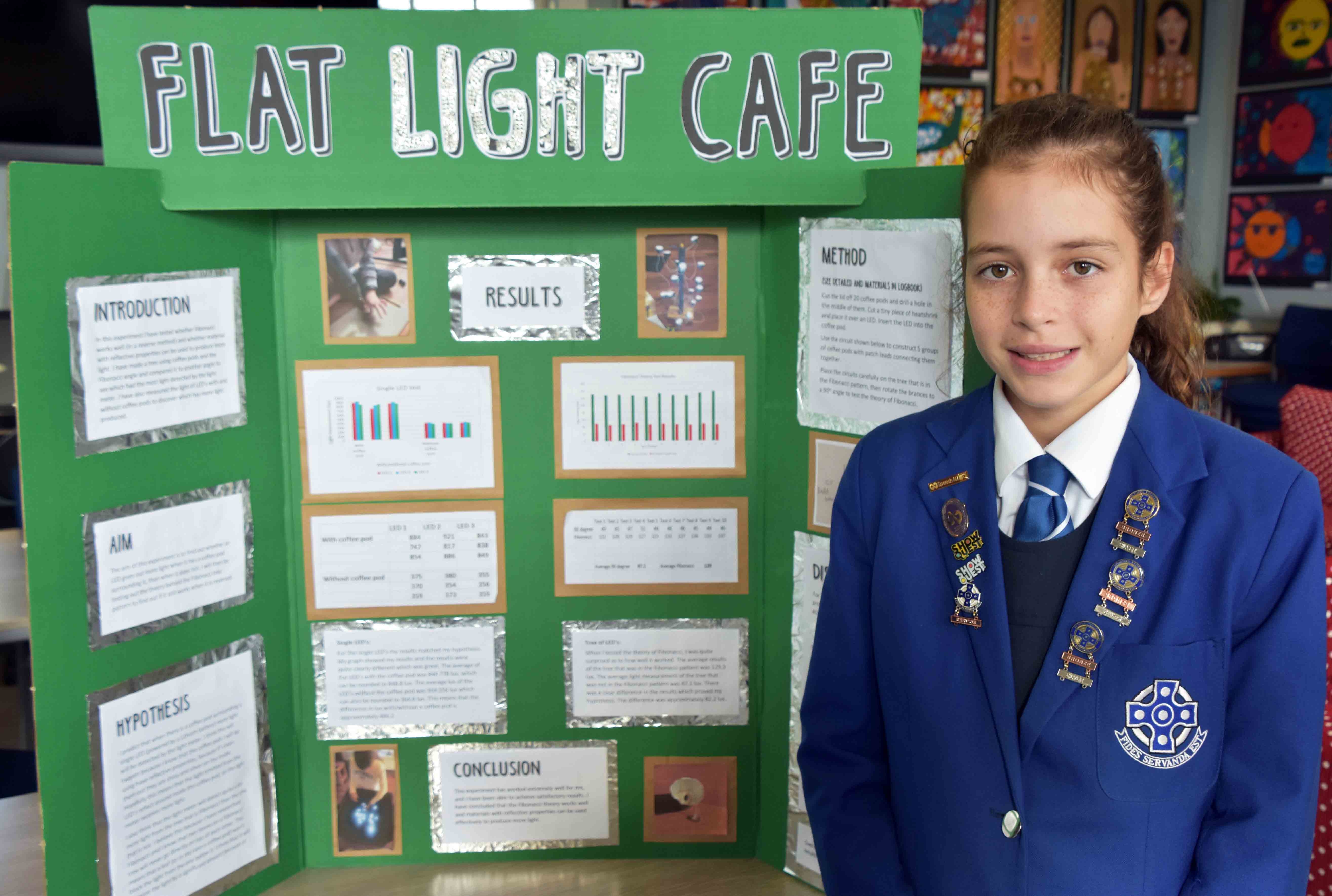 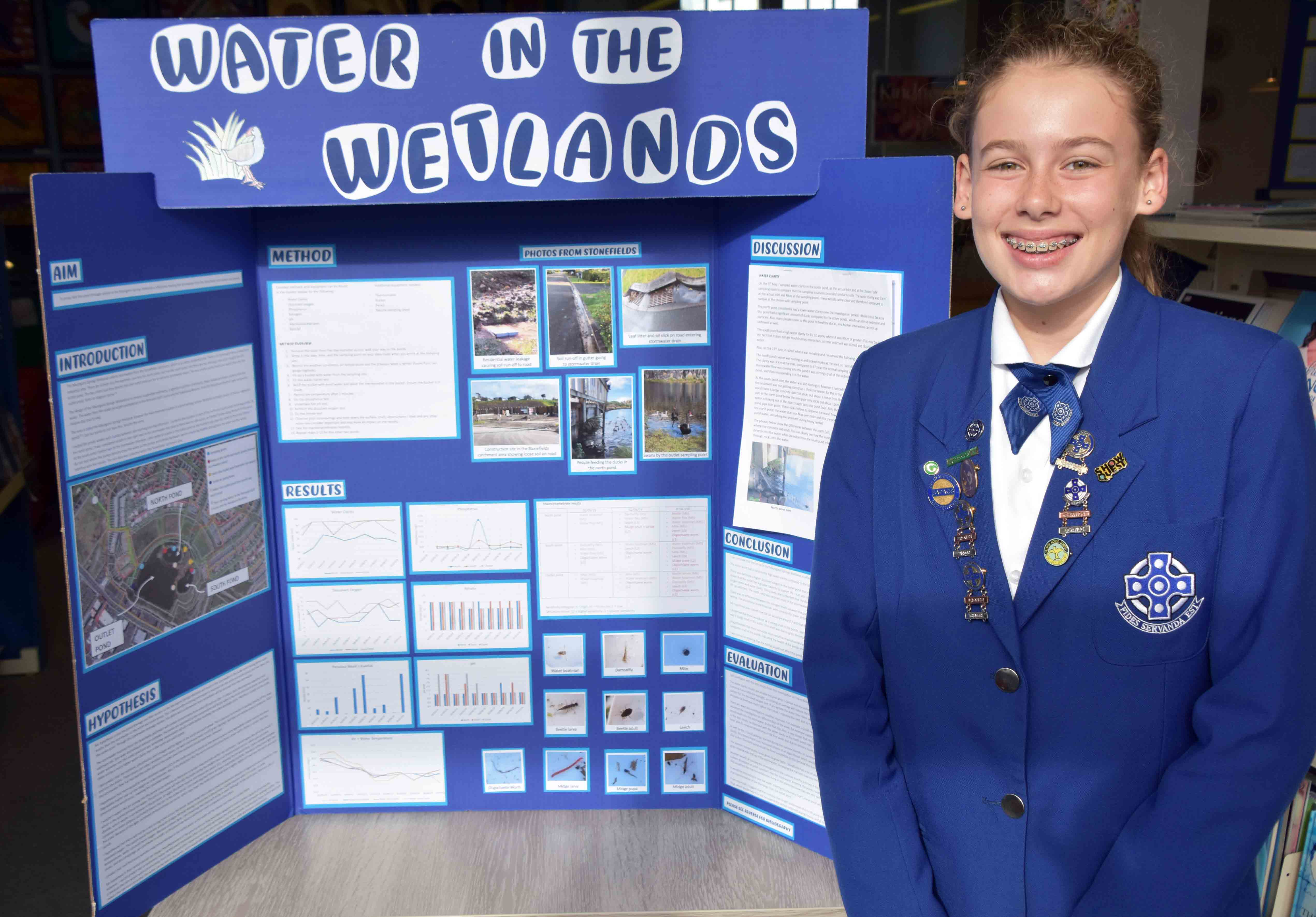