An ‘ad’ for Adventure!

Every year, without fail, a willing band of Boys’ School mothers set up kitchen to prepare breakfast for a sell-out crowd of over 750 hungry boys and their dads over two mornings! Amongst the cereal, hotcakes, bacon and fruit on offer is the ‘world famous in Remuera’ Father and Son Bacon and Egg Pie. Forty-four enormous, home cooked pies are prepared for cutting into 375 pieces for each of the two mornings. That’s a lot of pie! The smell is heavenly, and it doesn’t stay on the plates long!

Each year, we welcome a speaker to our breakfasts and generally leave with a very strong message of inspiration. Parents and Friends Chairperson, Craig Irwin, was pleased to introduce Professor Simon Mitchell, a doctor and scientist with specialist training in diving medicine and anaesthesiology. He works as a consultant anaesthetist at Auckland City Hospital and is Professor in Anaesthesiology at the University of Auckland. He is also an under-water explorer! Simon has done more than 6000 dives spanning sport, scientific, commercial and military diving.

Professor Mitchell had a very strong message for the boys – presenting his ‘ad for adventure’ he encouraged them to ‘get out of cyberspace’ and into something real-life and adventurous! He told the boys that current technology has no end of uses and advantages but not to let it rule their lives. In this risk-adverse era, he challenged the boys to get out and test their own limits and discover what they can find. Taking on adventure at a young age can lead to life-changing experiences – as he knows only too well.

He spoke to the boys about one of his passions, the ‘history and mystery’ of shipwrecks explaining that he has performed one of the deepest sea dives ever to a shipwreck to solve a historical mystery. He took up diving while still at school and it’s an interest that has served him well. He also spoke of his good friend and colleague, Richard Harris, who was the doctor who anaesthetised the boys who were trapped in a cave in Thailand last year, so that they could be taken to safety through the flooded underwater passageways – an extraordinarily risky operation that saved the lives of all the boys.

It takes a huge number of parent volunteers to make this event happen. Over the three days of preparation and the two breakfast mornings, a team of 130 mothers, organised by Celia Motion, roll up their sleeves to get involved - including the famous pie makers, the set-up team, the serving teams, ticketing teams and of course the clean-up teams.

For some, this means being at school by 5:30am on the two mornings to ensure breakfast is on the table with plenty of coffee and hot chocolate at the ready! When the extended Saint Kentigern family comes together, there are a fair few logistics involved, especially where the food is concerned!

In his address, Parents and Friends Chairperson, Craig Irwin said that the Parents and Friends events were all about friend-raising and fundraising and successful events such as these are a huge credit to a parent community who are always so willing to get involved. Principal, Mr Peter Cassie added his thanks to an incredible team, acknowledging the organisation by Celia in particular.

Our grateful thanks to the following sponsors: Jacks Coffee, Pacific Linen, The Gift Loft, Venluree 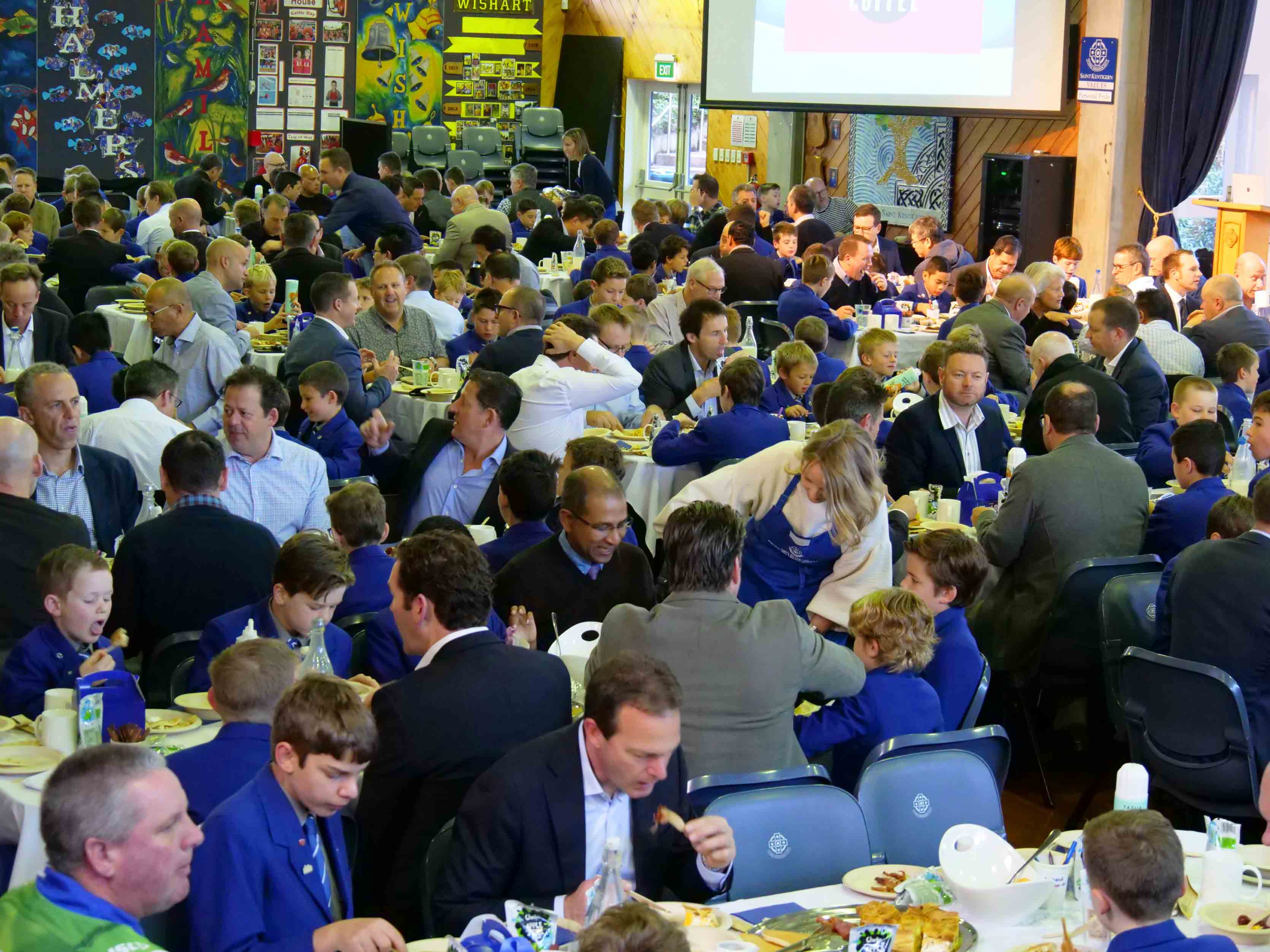 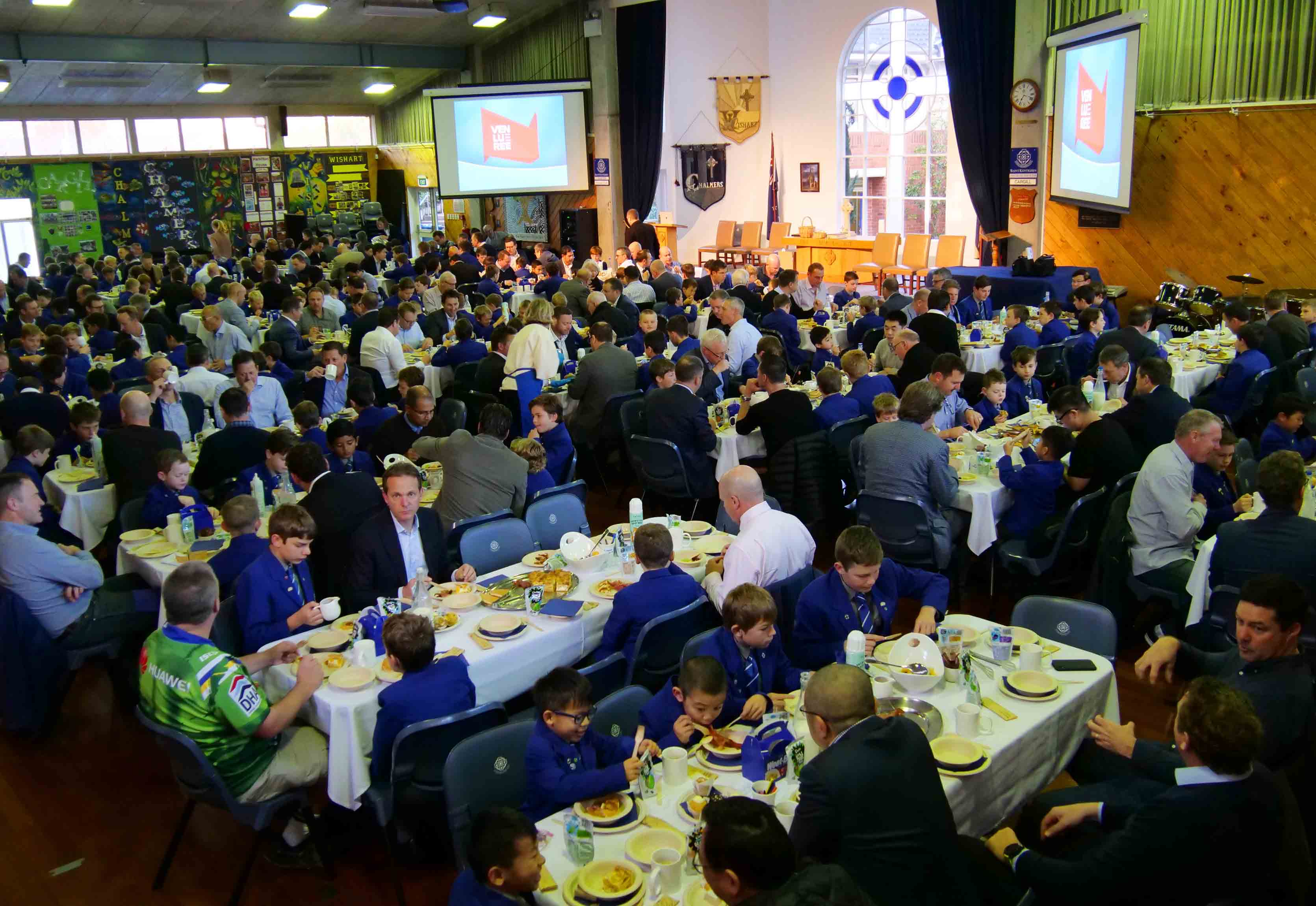 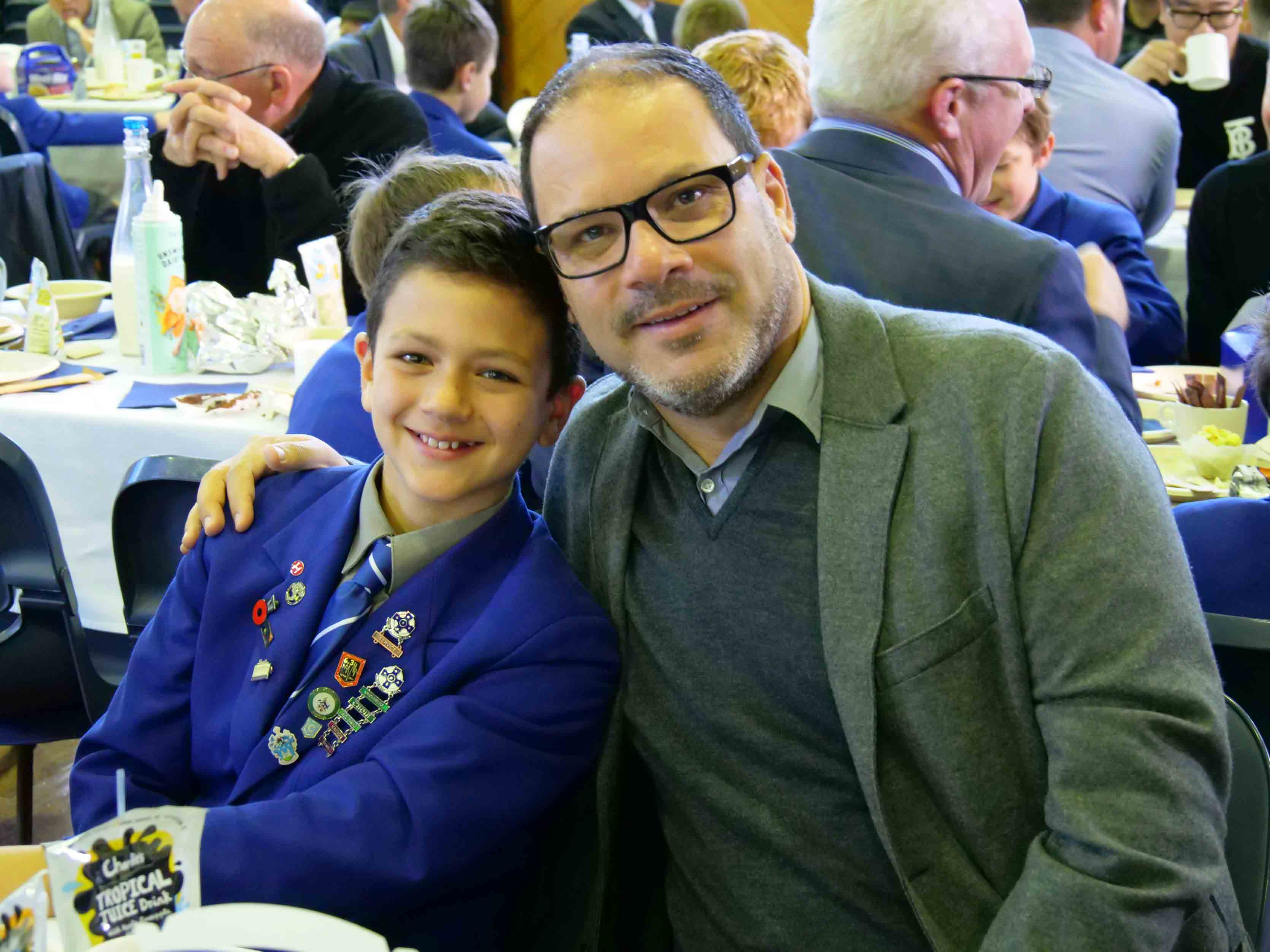 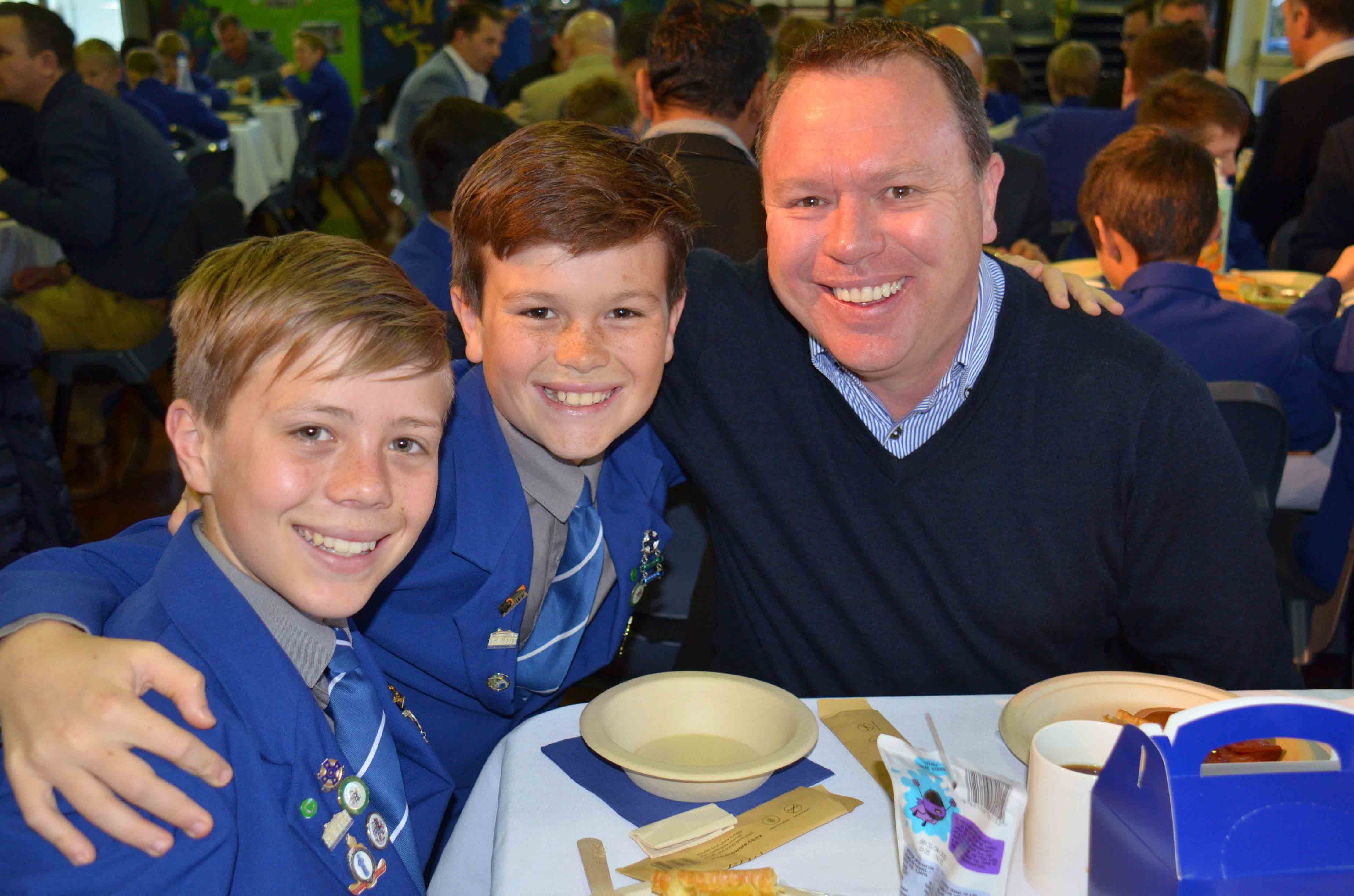 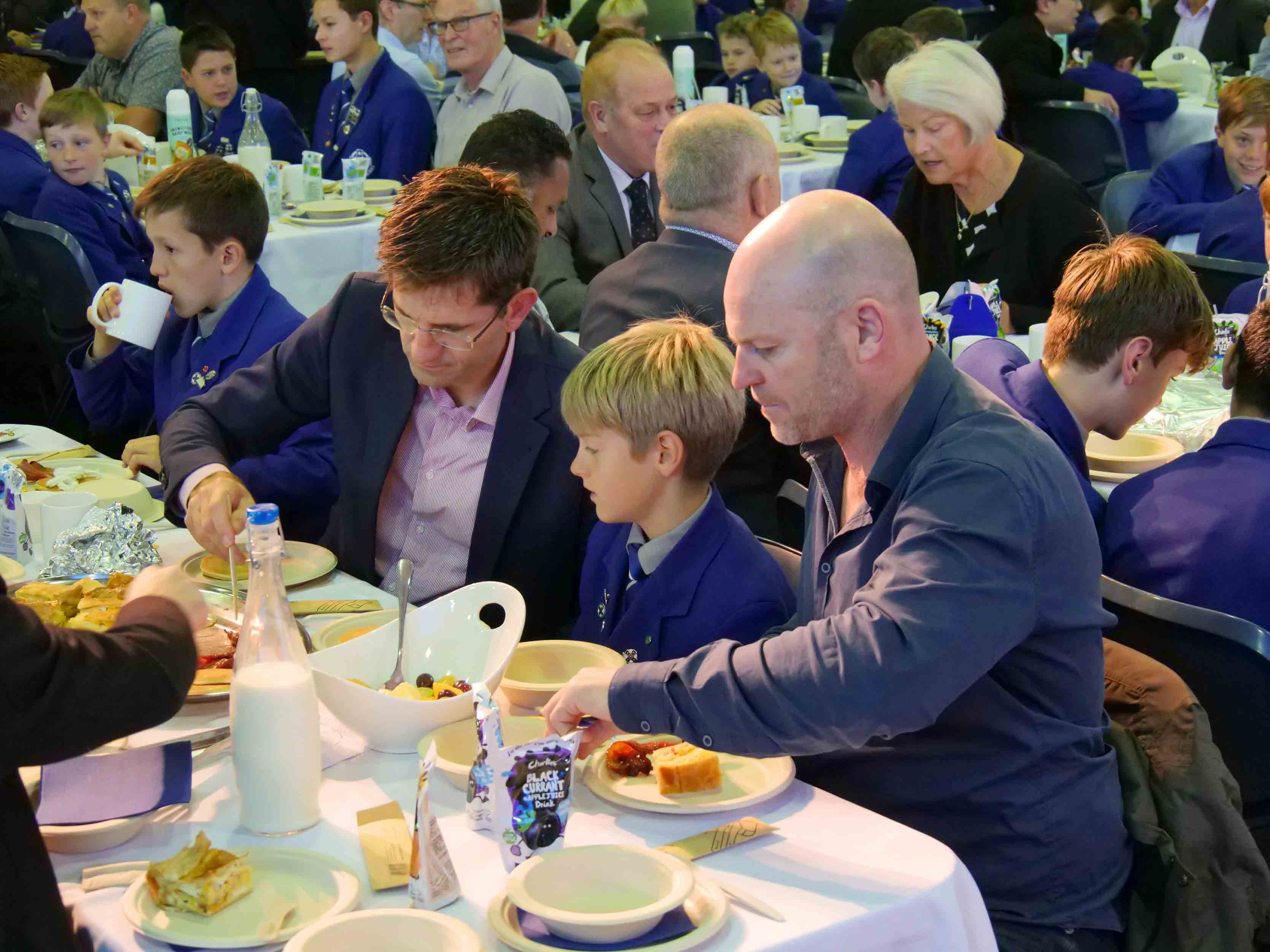