In an emotional week of ‘lasts,’ retiring Head of College, Mr Steve Cole has been honoured at many gatherings from Bruce House and the Old Collegians Dinner to a very poignant assembly run by the students in his final few days. With the Massed Choir, Bruce House Haka group and The Pipes and Drums of Saint Kentigern in attendance, the tables were turned as Head Girl, Izzy Denholm and Head Boy, Matthew Stirling had the last word, reading a report card for Mr Cole as seen through the eyes of the student body!

The students had worked out that during his eight year tenure, Mr Cole had read and signed around 2000 mid-year reports and 2000  end-of year-reports every year, which add up to a whopping 32,000 reports read and signed over the years! They felt it was fitting that he should hear one more, his own report as written by the students of Saint Kentigern…

YEAR ONE AND TWO: Mr Cole has arrived at Saint Kentigern as a keen and committed headmaster from the outset and he has immediately immersed himself in all aspects of College life. Mr Cole is already known on campus by all the students for his tremendous support and dedication.   When most school headmasters would be sitting down to a family meal, Mr Cole is at courtside, supporting the teams at water polo, basketball and innumerable other events. Early Saturday mornings, Mr Cole will be up before dawn, the first in line to watch cricket or tennis.
Student Comments: Mr Cole is dedicated and supportive - and the time he spends on the side-lines, cheering the students on is unprecedented. Overall, Mr Cole has shown great promise – especially in the areas of rugby, rugby coaching and rugby supporting.|

YEARS THREE, FOUR AND FIVE: Mr Cole has settled in well, embracing the many opportunities available at Saint Kentigern. He has worked diligently and should be commended for his many accomplishments, such as establishing the Enhanced Learning Centre, the OLE and the  Indoor Cricket Training facility to name a few.
Student comments: Mr Cole’s encouragement and dedication to students is outstanding.  Every production, musical or large ensemble group will see him sitting through rehearsals, supporting them at competitions and turning up night after night to watch their shows. He is always available, frequently seen walking around campus offering up pep-talks and words of encouragement.

YEARS SIX AND SEVEN: Mr Cole’s dedication to school life and the wide range of co-curricular activities he continues to support and personally attend is nothing short of impressive. In this part of his innings, Mr Cole has well passed the 50 mark and has settled down into a steady patch of building his run rate. In this report period, he has initiated the amazing library upgrade to the Goodfellow Centre and his leadership style has now become a solid part of the school’s identity -  and in fact the very DNA of Saint Kentigern. If Mr Cole continues this impressive innings, he will clearly achieve the highest score of any batsman, whoops, Headmaster his age, and will place his name at the very top of the leader-board.
Student comments.  Mr Cole continues to display support, passion and dedication, but this year the students have become particularly fond of Mr Cole’s endearing sense of humour, his love for good jokes, his track suit pants, his dog Cassie, his superlatives and the occasional nod to sleep in those long hot assemblies.

YEAR EIGHT – GRADUATION: Mr Cole has shown a remarkable skill in leadership development while managing the College through strong winds, bumpy waters and what we will all remember as a fierce tidal flow in 2016. Mr Cole’s strong and positive leadership has provided strength and security not just to the 170 teachers and 70 support staff, but also to the 2000 students currently at the College.
Student Comments Mr Cole is a great encourager, passionate, a role model, supportive, passionate, kind, determined, passionate, firm but fair, passionateand 100% committed to the students striving for their best.

The students finished by saying, ‘Mr Cole - on behalf of all the thousands of students who have attended Saint Kentigern under your leadership, we want to say thank you. Thank you for the thousands of hours spent walking around the College, thank you for attending our sports matches, our drama productions and our assemblies. Thank you supporting our prizegivings, our fundraisers, our school balls, and our personal and collective endeavours. Mr Cole you have led by example during times of success and during times of trial and you have never waivered. You have believed in us as individuals, as teams, as classrooms, as tutor groups, as houses and as a College. You’ve demonstrated excellence, perseverance, diligence and fortitude.

You have shown us that rather than talking about doing something, it is better just to do it.

Your dedication to everyone and passion about every aspect of College life are resounding themes highlighted by all the students we interviewed for this speech – and they are a legacy you have left with us.  We cannot thank you enough for all you have invested in us. Your pride in us, and your dedication to Saint Kentigern is palpable. Under your leadership, we believe Saint Kentigern has become the very best school in New Zealand.’

As a final gesture, the students presented Mr Cole with a 100+ shirt which recognizes the 100+ side lines, sports stands and audiences he has been a part of. He can leave knowing that he remains in the hearts and thoughts of those he leaves behind. 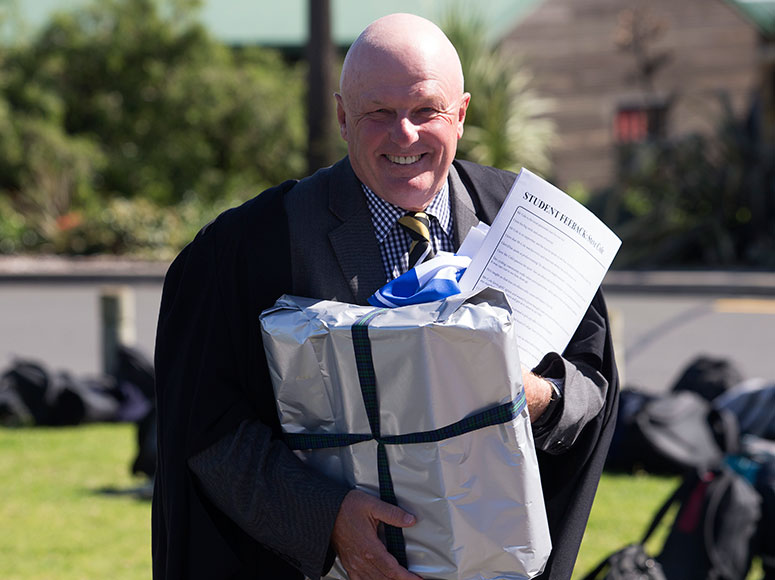 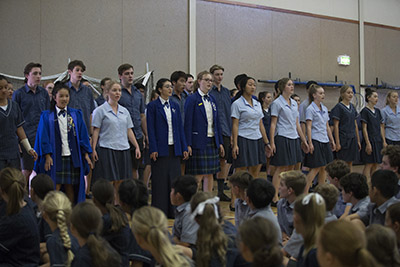 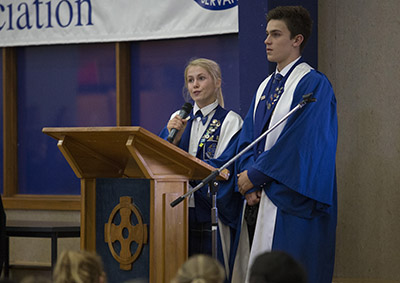 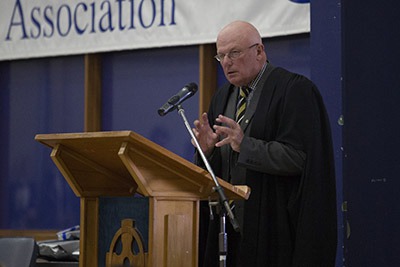 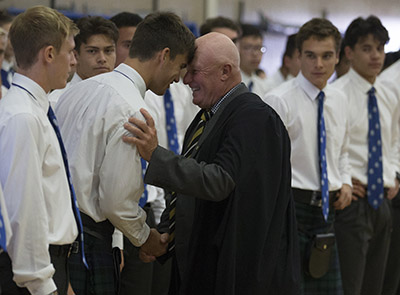 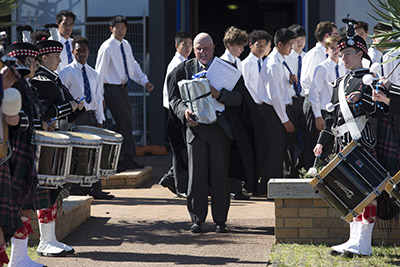 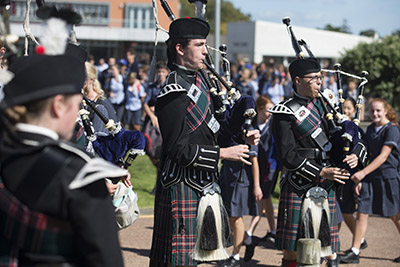 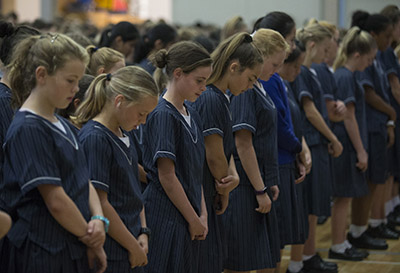