Our physical education, sporting, fitness and dance communities have been waiting with anticipation over the course of last year, as work progressed on fantastic additions to the sports and dance facilities at the College, in readiness for the start of 2018.

Completed on target, the extension to the Old Boys Sports Centre was formally opened this morning by special guest, former Head of College, Mr Steve Cole. Mr Cole is well remembered for his love of sport and was instrumental in getting this project underway.

Whilst both the Middle and Senior College students gathered for a whole College assembly, Mr Cole and Middle College Principal, Mr Duncan McQueen, along with Sports Prefect, Sam Scott and the Arts Prefect Molly Griffiths stepped outside to cut the ribbon – with the ceremony live-streamed back to the assembly. Year 13 student and keen sportswoman, Tayla Earle offered thanks on behalf of all the students for the outstanding new facilities to support the growth of student sport at the College.

Our current students and staff were eager to begin their new school year in the extended and greatly enhanced building, but there are probably not many people on the College campus today who realise that prior to 2001, the original College ‘gymnasium’ was housed in what is now the Music Centre! A look at the roof line inside that building gives away its early origins.

In 2001, a time when the College was still all boys, the original Old Boys Sports Centre was opened on the hill and haled as ‘one of the best college sports centres in New Zealand.’ At the time, this was a magnificent addition to the College campus to meet the needs of an ever-growing roll of students. It boasted two gym spaces, three class rooms and a small boutique fitness centre. There was a new staff room catering for the five PE staff and an office for the Director of Sport. The College roll at the time of its opening was 1100 boys from Years 7 to 13. At the time, we were proud that we had ‘future-proofed’ the new Sports Centre by including a dance studio, and both male and female changing rooms, in anticipation of girls joining the College in 2003.

As the years passed, the roll continued to swell, putting pressure on the Sports Centre facilities that, in recent years, has been operating at full occupancy from very early morning to well into the evening to cater for the extra demands of an increased roll. To cater for this growth, construction work for an expansion to the Sports Centre began late in 2015, when 4800 cubic metres of soil was moved from the ‘Bruce House end,’ to open up a flat building platform. The soil was relocated to the sports grounds, where it was used to extend a training pitch into a full-sized playing field.

Now in 2018, seventeen years since the original sports centre first opened, an extension to cater for this year’s 1207 boys and 818 girls is now complete. The work has doubled the size of the former number two gymnasium, meaning that the centre now boasts two court spaces, one catering for volleyball, basketball, netball and badminton and the second catering for netball, basketball and badminton. One of the court spaces has an electric curtain that allows it to be configured into two distinct teaching spaces or left as one large 1,800m2 space. This greatly enhances the opportunities for both physical education classes during school hours and co-curricular sport before and after school.

The strength and conditioning programme has come to play an important part in our sports programme in recent years. The original ‘boutique’ fitness centre has been replaced by a centre which is more akin to tertiary sports facility and will be the envy of any Australasian college. This new, greatly extended fitness centre includes a physiotherapy room and a presentation room for video analysis. Most importantly, it will now allow access for a greater number of students at any one time, ensuring that their bodies are well-prepared for the rigours of competitive sport.

The increasing popularity of dance as an examinable subject has meant that the original dance studio, along with a second ‘temporary’ studio that had been created in the area of the former squash courts, was no longer sufficient to meet demand. A state-of-the-art dance studio has now been added, which has the capacity to host performances as well as be divided into two acoustically separate teaching spaces. This is achieved by having an electrically operated, sound proof, dividing wall which retracts into the ceiling space to give greater flexibility of available space. The existing dance studio has been revitalised and another multi-purpose dance/activity room has been created downstairs. These studios have suitably cushioned floors, fit for purpose, to reduce the impact on students’ bodies.

During the course of today, guests, staff and students were invited to the dance studio for an inaugural performance from two Old Collegians now studying dance at tertiary level. Erin Meek and Chris Clegg both graduated from the College with a love of dance and are now both studying dance in Wellington. In addition, there were performances from talented Year 11 ballerina, Monet Hewitt, a contemporary duet by Isabella Fox, Year 11 and Hayley Adams, Year 10, as well as full class demonstrations.

In addition to the ‘active floor’ space throughout the centre, the area vacated by the original weights room has been converted to a further two and a half classrooms, to increase the PE and Health teaching spaces to five. Additional changing rooms have been created for both girls and boys. The PE staff room now caters for 13 PE staff and office space has been included to support the Sport Development coaches.

In recent years, there has been a growing focus on health and well-being for all sectors of our communities, but in particular with a focus on young people in their early, formative years. Increasing and maintaining fitness is fundamental to good physical health, but being involved in a physical group activity, team sport, or working under the guidance of a mentor such as in the fitness centre also has proven benefits for the well-being and developing mental health of our young people. Extra-curricular activities at the College play an important part in developing ‘all-round’ students, encouraging them to find a passion that may well last a lifetime.

With recladding to the outside finishing the building, the extended, revitalised and refurbished Old Boys Sport Centre has further enhanced the fantastic College facilities for our students. Staff and students have waited with anticipation through the construction phase and are now raring to go! 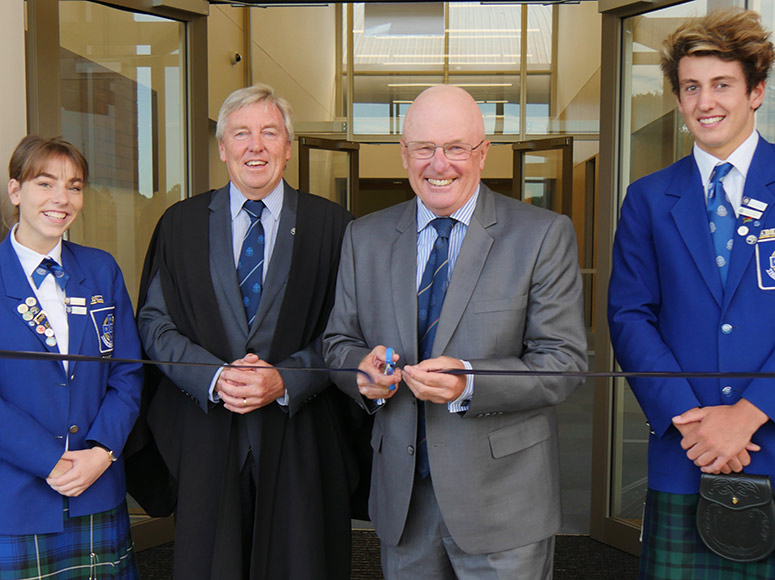 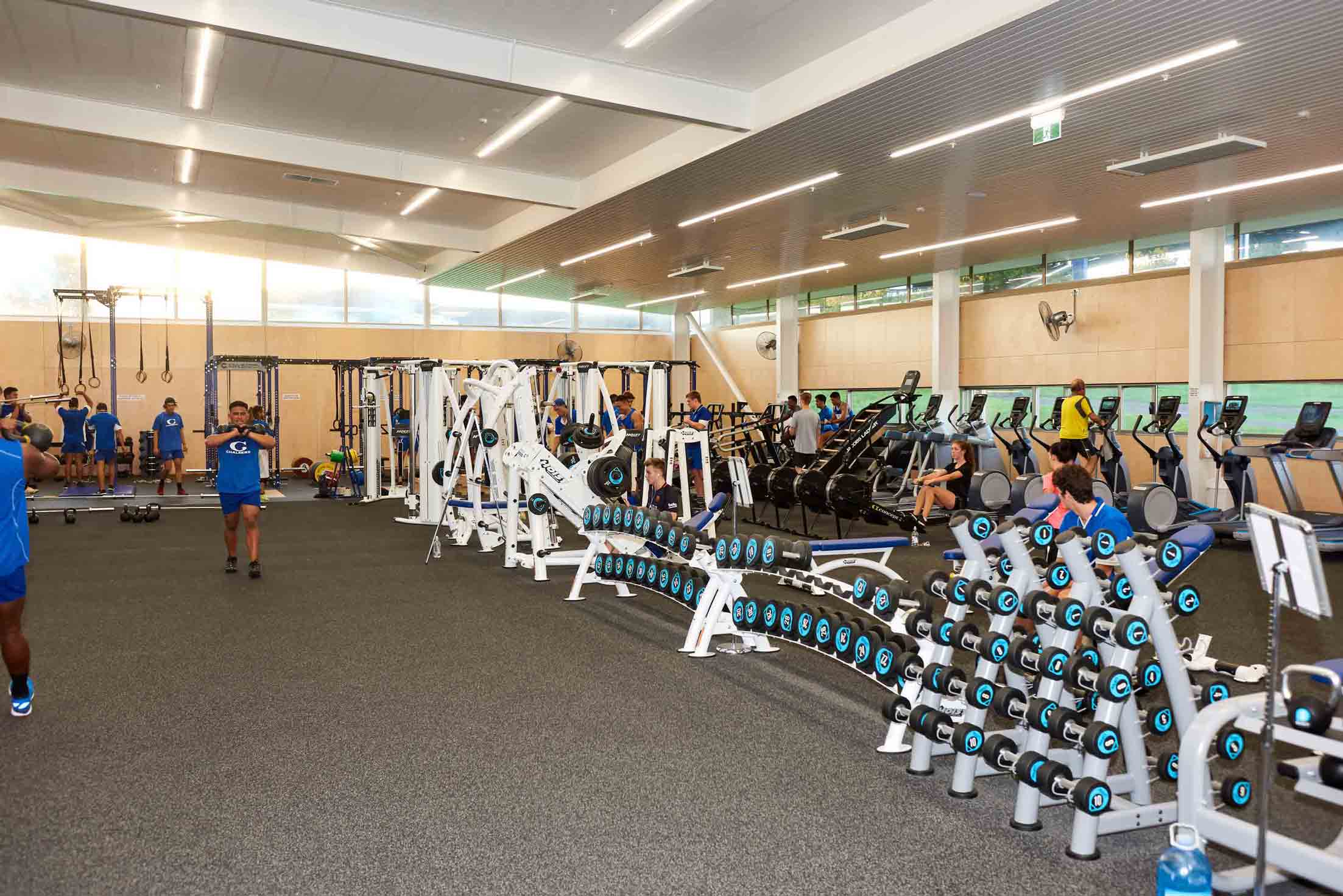 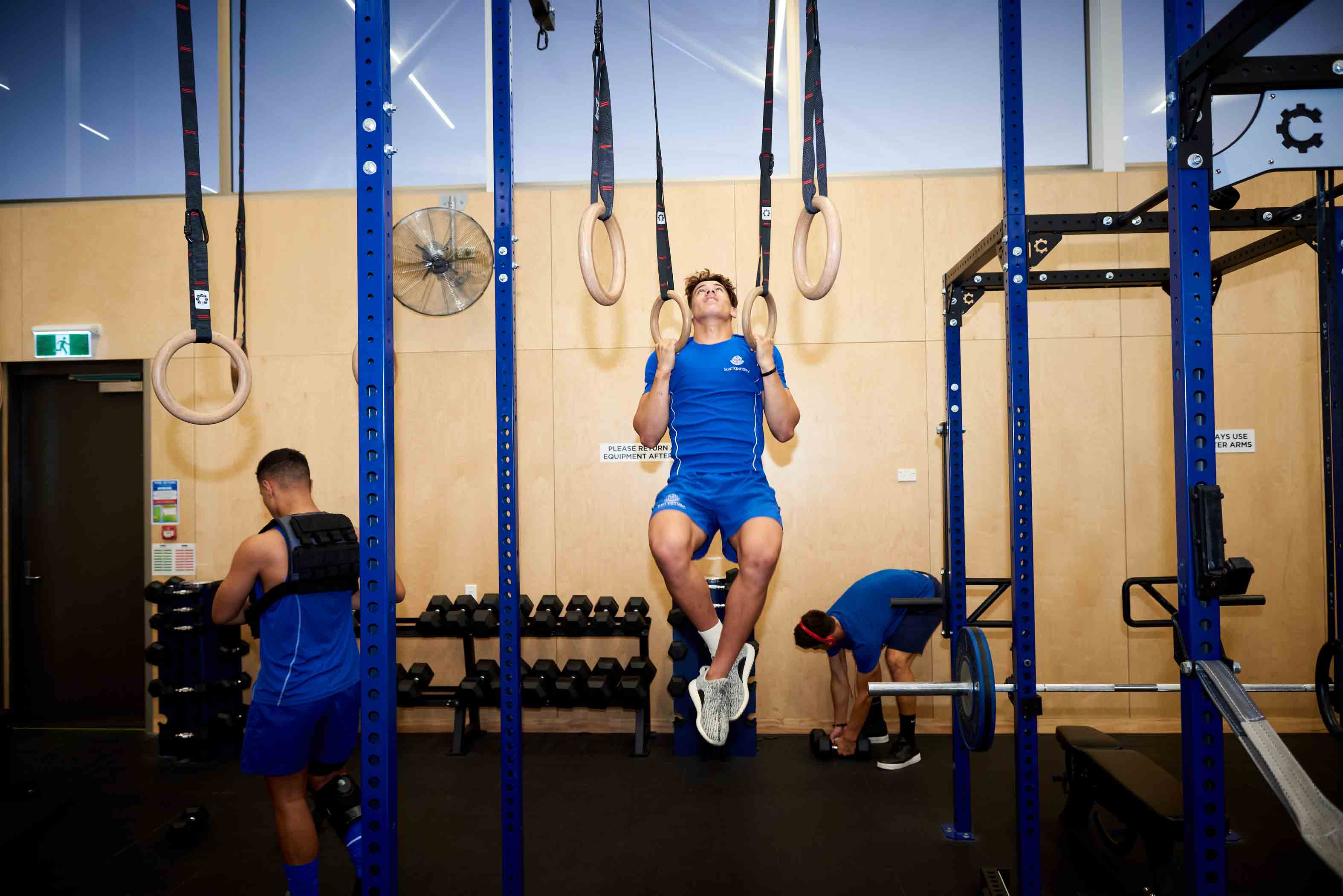 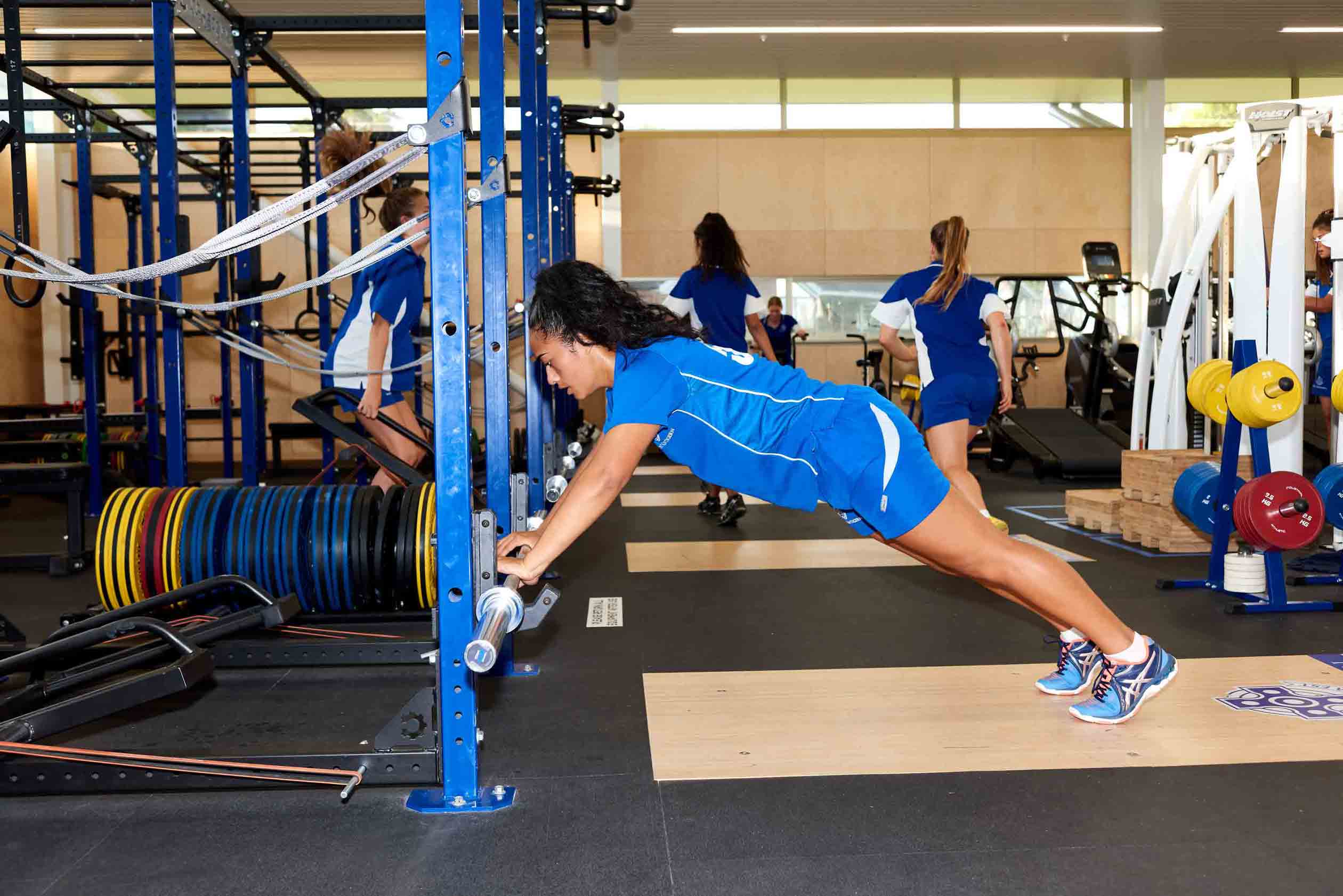 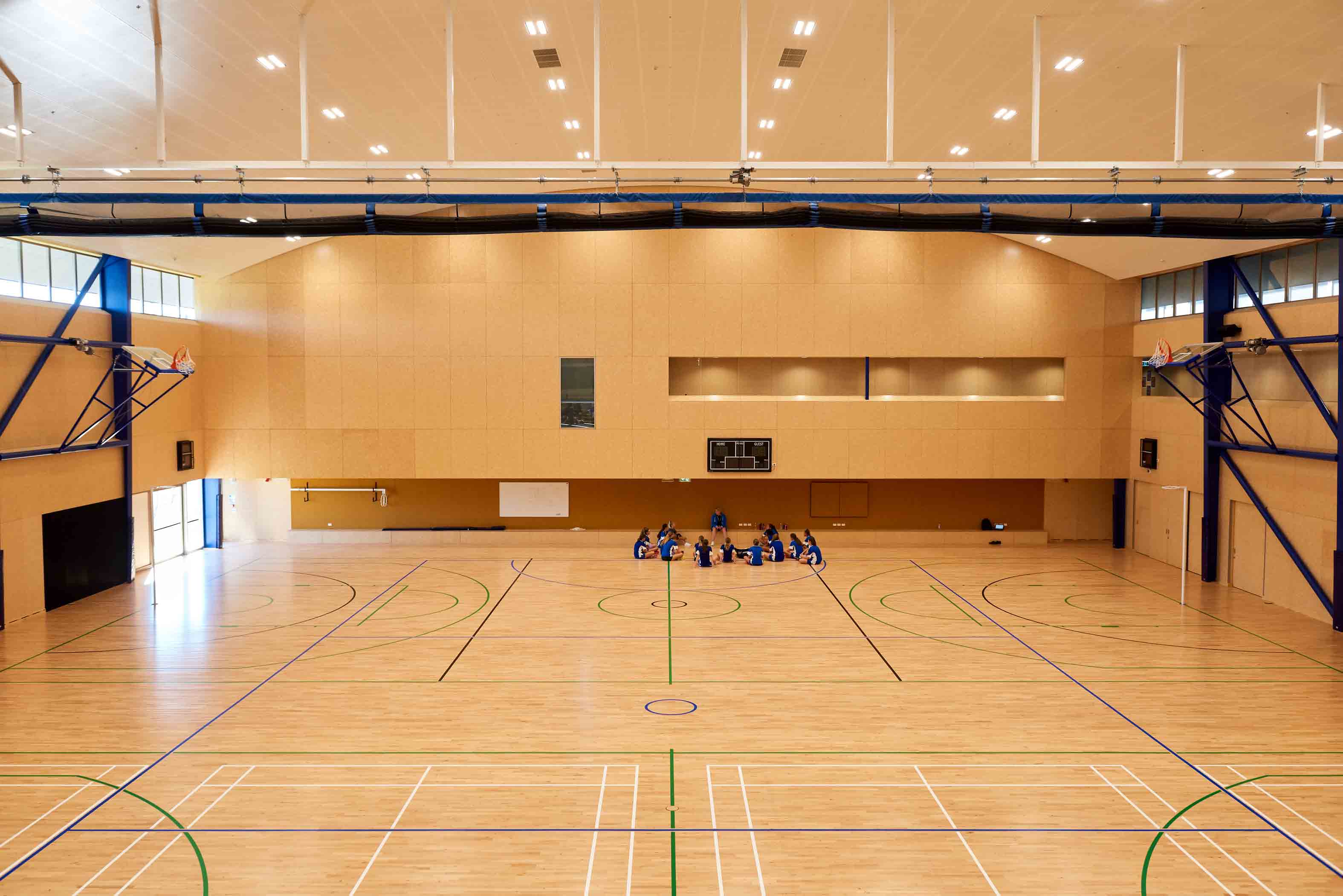 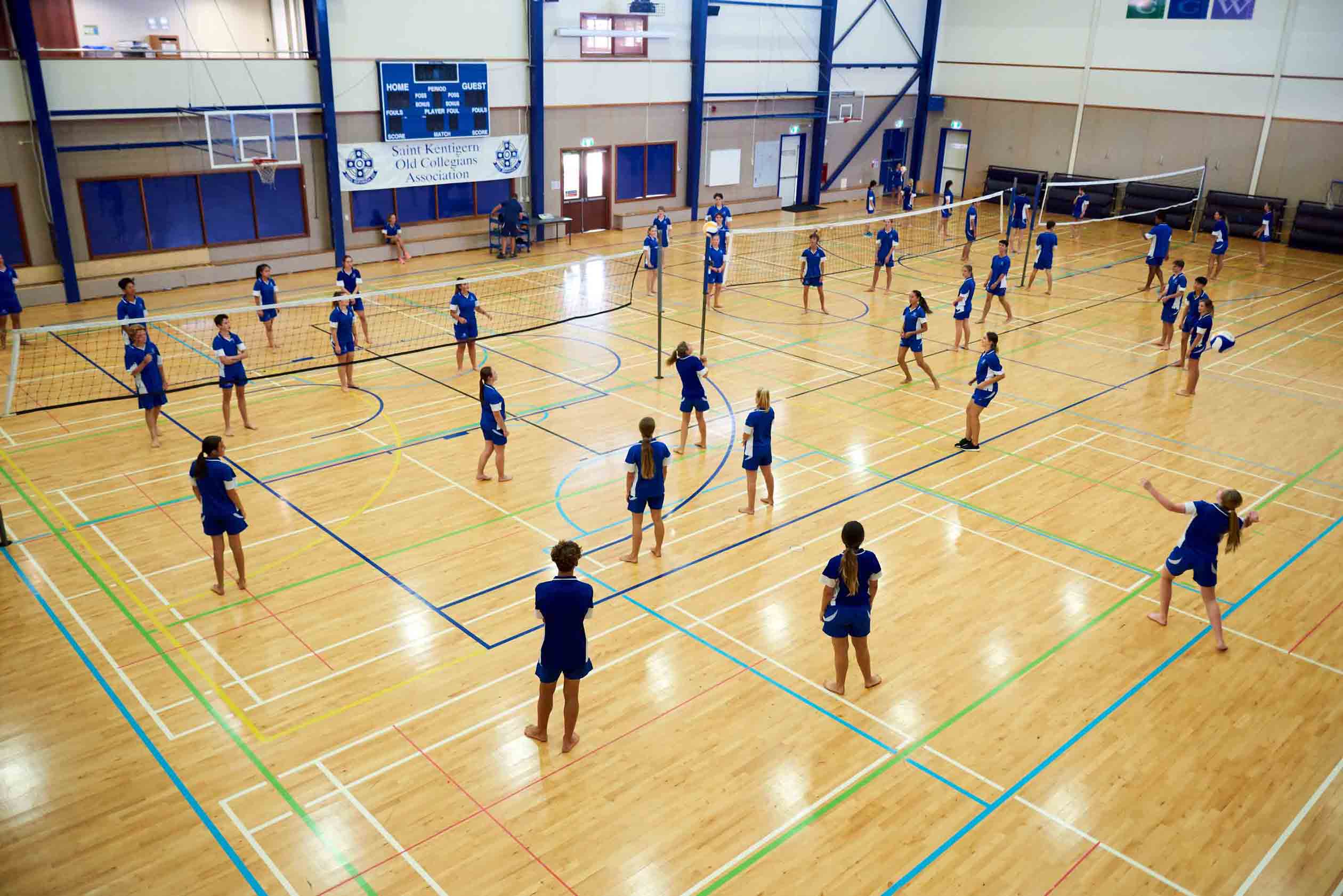 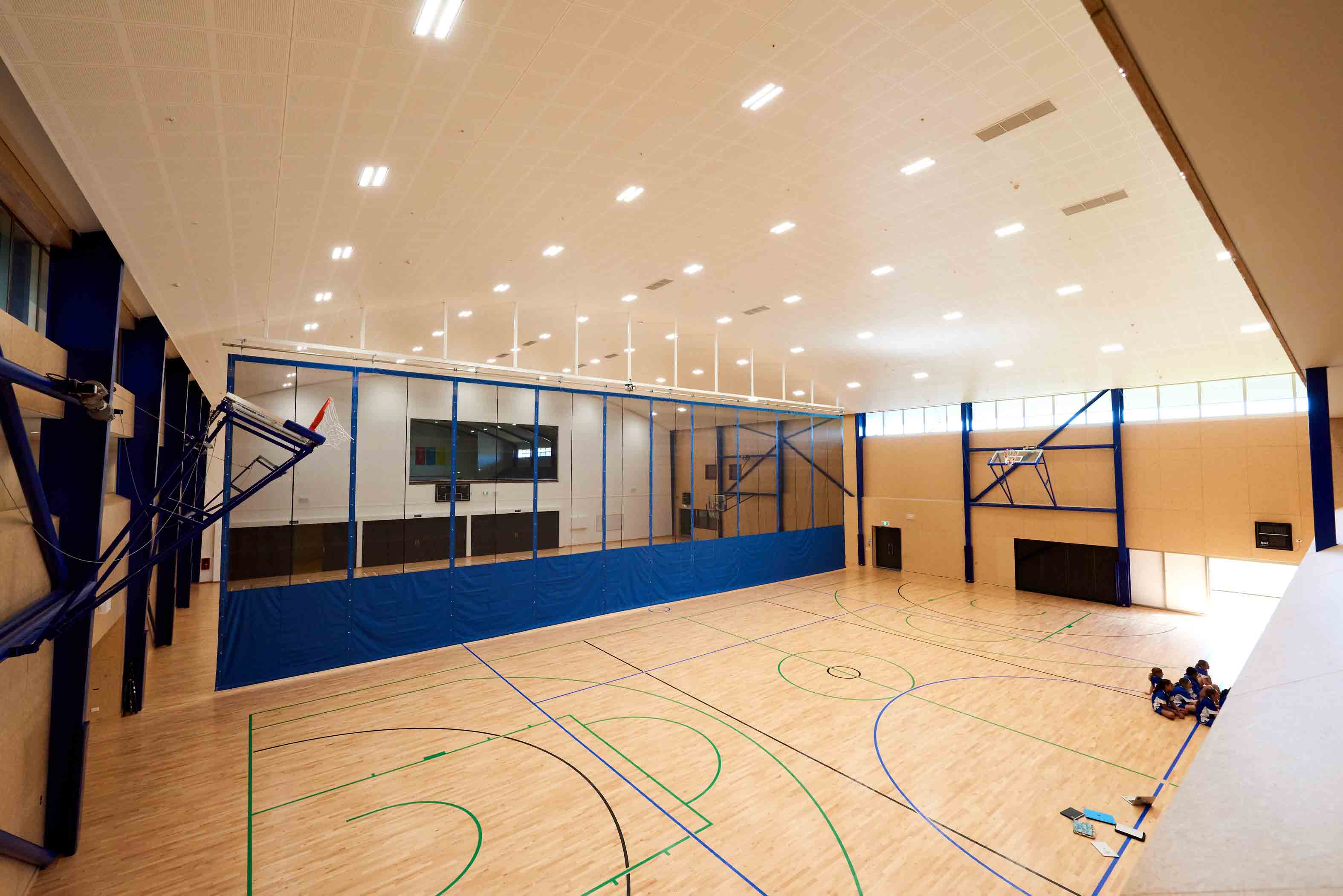 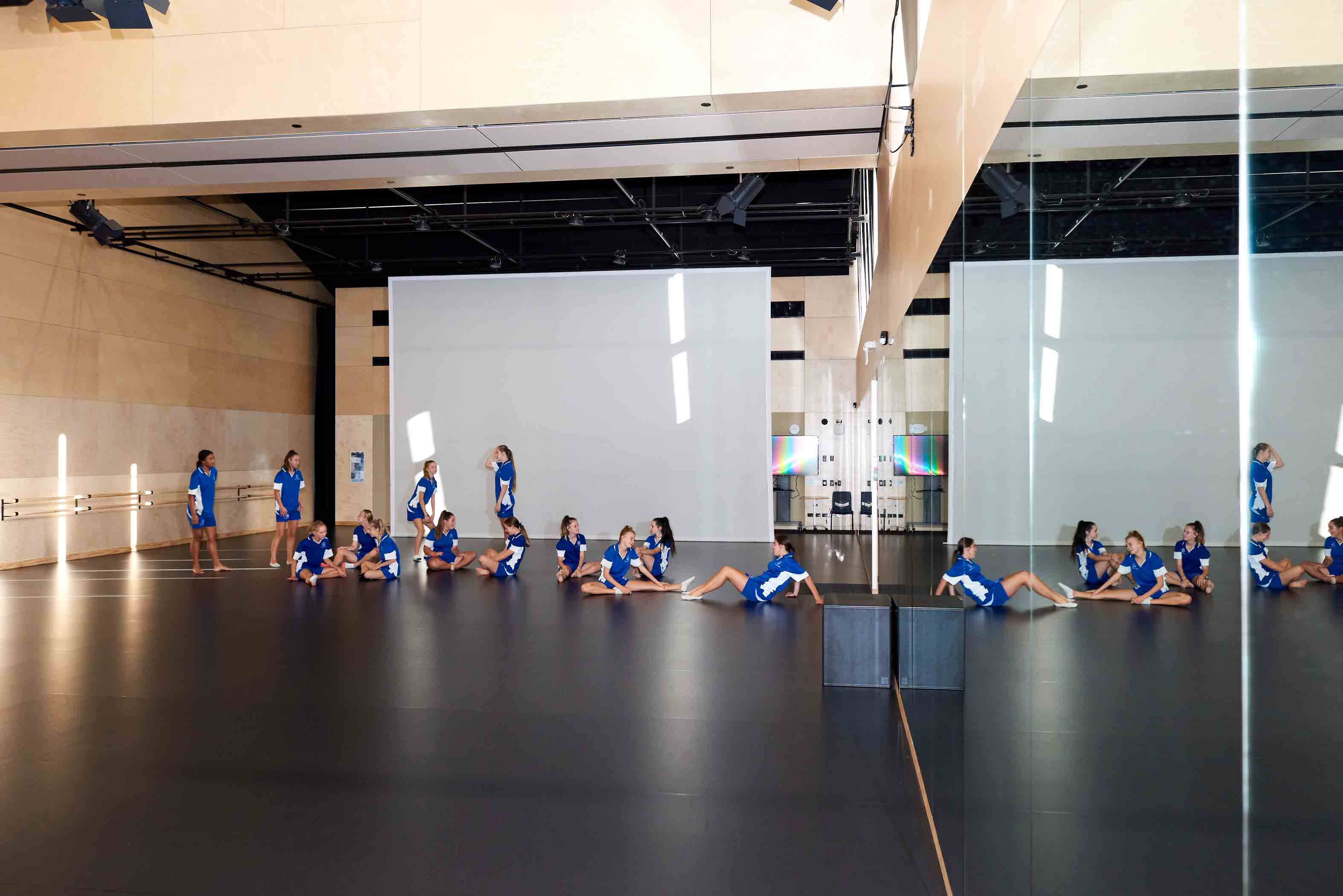 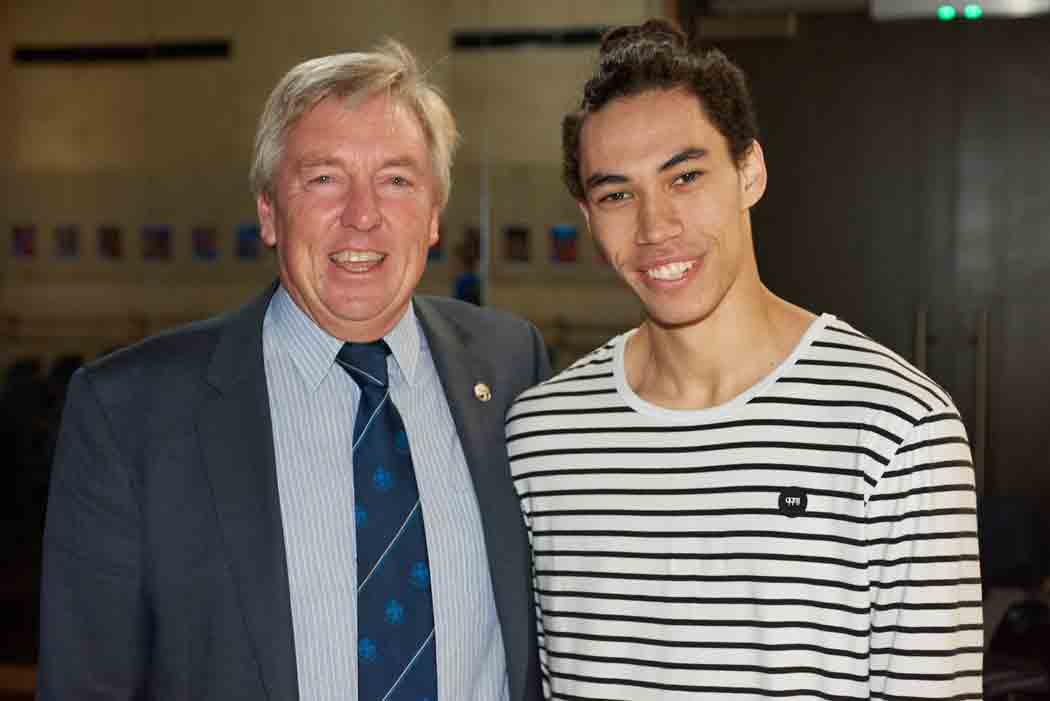 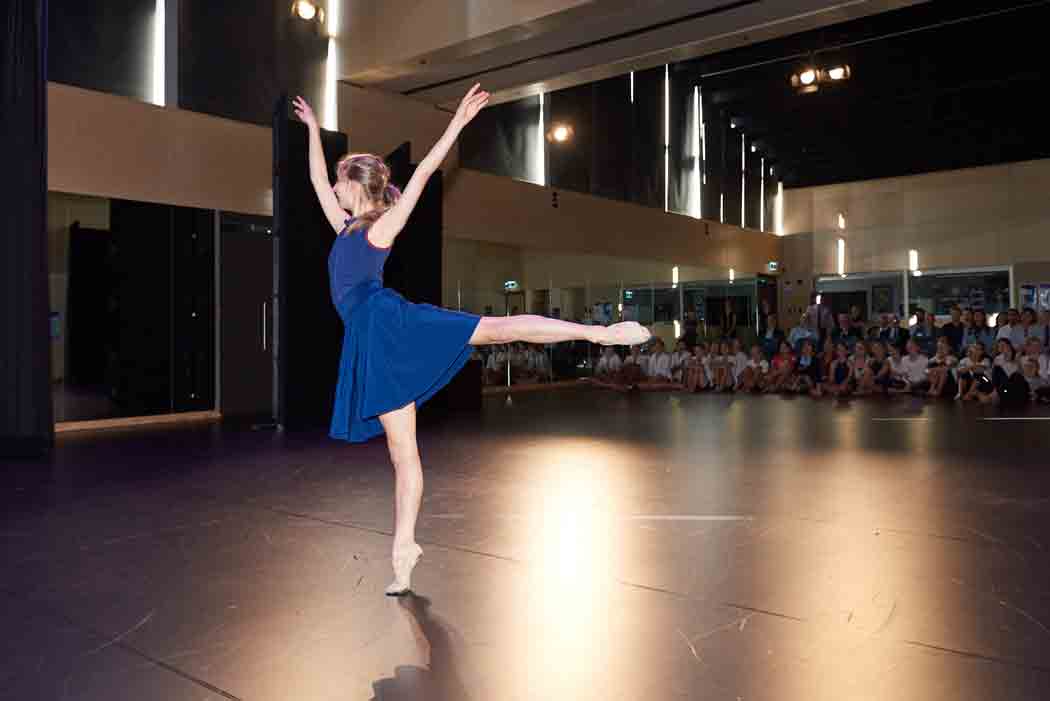