We are delighted to hear that Evan Metcalfe has been selected for National Youth Orchestra (NYO) for 2019; an amazing achievement for a Year 11 musician!

The National Youth Orchestra has played a vital role in providing opportunities for the country’s most gifted young orchestral performers since its inception in 1959. Half of the current players in NZSO are former members of the NYO. Evan will be joining the week-long course in June followed by concert performances in Wellington and Auckland in July, premiering works by up and coming NZ composers, as well as significant works from Sibelius and Elgar.

Evan is also auditioning to be in the Auckland Philharmonic Orchestra Internship and is receiving professional orchestral opportunities in Auckland.  For the remainder of 2019, he is working towards completing a musical Diploma, competing in the Chamber Music Competition with a trio, as well as being involved in many school music groups as the principal French Horn player (including Fiddler on the Roof, Chitty Chitty Bang Bang, Concert Band and the Symphony Orchestra).

This is a significant achievement by a very talented and hard-working student who has continued to contribute so much of his effort back to the school in ensembles and performances. We look forward to hearing him play as part of the NYO concert on Saturday 6 July 7.30pm at Auckland Town Hall. 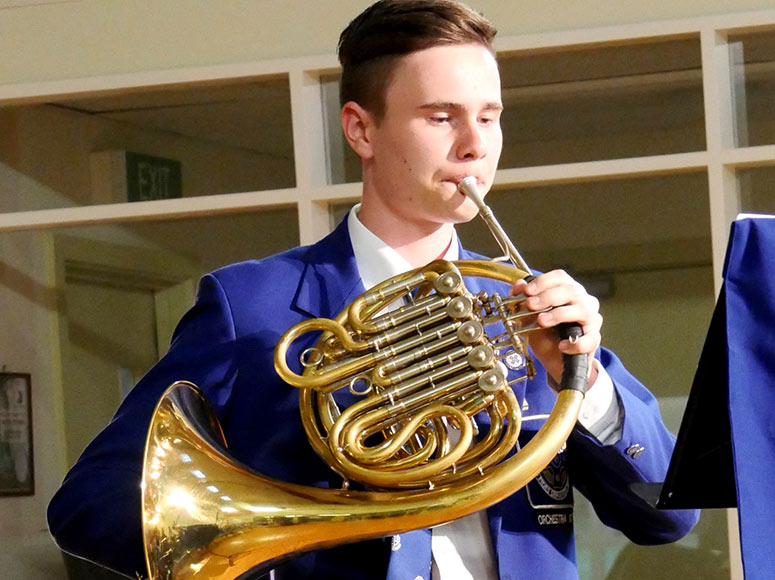