With thanks to student reporter, Georgina Alcock

On the first day of April, 27 aspiring physicists from the Senior School, along with five staff members, met at Auckland airport to embark on an experience of a lifetime to Europe. After over 30 hours of flying and airport lingering we touched down in Paris. All slightly exhausted but buzzing with excitement we set out on an orientating tour of Paris and an afternoon exploring the Louvre museum.

Our physics experience started on our second day where we spent the day at the Palais de la Decouverte science museum in Paris; a museum created by physics Nobel Prize winner Jean Baptiste Perren. Firstly we enjoyed an electromagnetism workshop where we explored the phenomenon of electromagnetism using huge currents, huge magnets and magnetic fields. We discovered Lorentz’s force law, with some students personally experiencing the pure strength of the force created by the mega magnets. We spent the remainder of our day exploring the extensive museum on a self-guided tour, where we created standing waves on a huge suspended slinky and tested our knowledge on torque, using our own human weight and strength.

Next we spent a day of enjoyment and entertainment thanks to physics at Disneyland Euro. We spent our final day in Paris exploring the city, including a climb up one of the world’s most famous infrastructures, the Eiffel Tower, and discovering the beauty of the Palace of Versailles.

Our journey continued as we made our way on a seven hour bus ride from Paris to Geneva, Switzerland. Here we experienced the highlight of the trip at a full day visiting CERN, the world’s largest particle physics laboratory. During our special visit, we were launched into a world of fundamental research where we were guided through parts of the experimental areas. This included an up close encounter with an antimatter decelerator experiment, where we were walked through the concept of antimatter and CERN’s role in accessing their suitability for purposes such as cancer therapy. The afternoon was spent in a hands-on computer data analysing workshop where we were all got the opportunity to analyse real data from the ALICE (A Large Ion Collider Experiment) experiment which is used to study the physics of strongly interacting matter at extreme energy densities, mimicking conditions similar to the big bang. The day, in whole, was a hugely inspiring insight into contemporary physics research and its role in both the present and future.

The next morning we visited the World Meteorological Organization (WMO). The WMO is the UN system’s authoritative voice on the state of the Earth’s atmosphere, and during our visit we had a talk on the statistics and nature of global warming. We were exposed to the questions of what is causing climate change and what we can do as a society to minimise its effect on our world.

The next morning we made our way to Lausanne to visit The Centre for Research in Plasma Physics (CRPP) at the École Polytechnique Fédérale de Lausanne (Swiss Federal Institute of Technology). Here, through a guided tour, we were introduced to the concept of plasmas, fusion and their related experimental devices. This included a visit to the Tokomak which is the most advanced concept for a thermonuclear fusion reactor, a conceptualised way to produce energy through fusion in the future.

That afternoon we continued our journey to Mühleberg to explore the physics of nuclear fission where we enjoyed a guided tour through the Mühleberg Power Plant. We were walked through exactly how the plant utilises energy from these nuclear fission chain reactions and also the security and safety required to work with such dangerously radioactive materials.

Next we began our seven hour journey to our last hotel in Munich Germany. On route to Munich we stopped at Berne to take a tour of Einstein’s house, where he lived between 1903 and 1905. We were guided by a local physics professor to explore a bit of Einstein’s life history and better understand his special theory of relativity, which he developed during his time in Berne.

Our first day in Munich was spent at an excursion to Dachau, one of the first Nazi Concentration Camps of World War II. Our tour of the grounds and museum was a chilling experience for everyone; it was an eye opening experience which will not be forgotten.

Our physics journey continued as we spent a full day visit to the Deutsches Museum; the world’s largest museum of Science and Technology. We started the day with a two hour specialist physics guided tour where exhibitions took us from classical mechanics to modern particle physics. The tour finished with a high-voltage demonstration of alternating 300,000 volt pulse discharges simulating lightning hitting a building with 800,000 volts. We spent the remainder of the day exploring the huge museum and its excessive experiments, demonstrations and expeditions discovering the world of science and technology.

On our final day we visited the BMW Plant to gain an insight into the state -of-the-art automobile manufacturer. On our guided tour through BMW’s original plant, following the production from the press shop and body shop to assembly, we witnessed the precision and quality gained by the robotic production line which gave us an exciting insight into all areas of automobile production.

The physics tour was an amazing and inspiring experience for the lucky students involved. As well as expanding our knowledge on physics and its role in our evolving world today, it also opened our eyes to the study and jobs available to us involving the ever developing subject of physics. On behalf of all students involved I would like to thank all staff and parents for making this amazing once in a lifetime experience possible and especially Mr Naude who led the organisation of this amazing and successful trip. 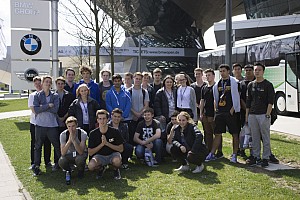 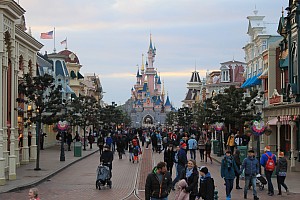 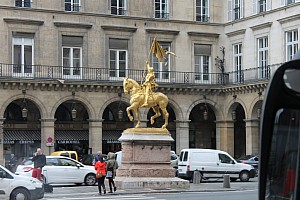 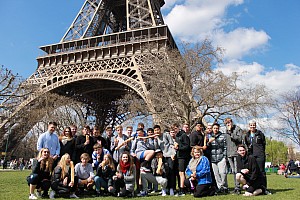 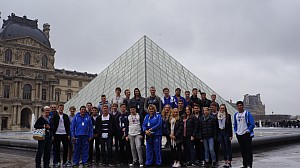 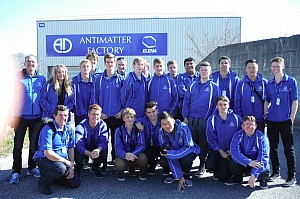 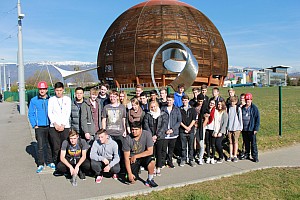 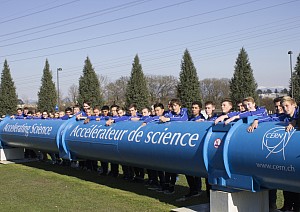