The Duke of Edinburgh Award operates in over 140 countries and the scheme has been available to young New Zealander since 1963. In 2009, the local organisers adopted an expanded name, the Duke of Edinburgh's Hillary Award, to honour the late Everest conqueror, Sir Edmund Hillary. The award is designed to help young people, regardless of their background, to build skills, identity and self-esteem. Participants complete tasks in five fields - service, physical recreation, skills, residential and an adventurous journey. They follow their chosen activities with guidance from someone knowledgeable in each subject and once the requirements for each section are fulfilled the participant qualifies for an award at the incremental tiers of Bronze, Silver and Gold.

Taking on the Gold Award is a huge commitment in time and energy for students in their final year at College and such are the requirements of the Award, most students achieve gold status after they have left school. Twenty two of last year’s graduates and their families were proud to be invited to Government House where their awards were presented in special ceremony by the Governor General. This year, Saint Kentigern produced 22 of the 106 Gold Award recipients who were honoured during the course of that weekend.

The Gold Qualifying group are required to undertake a practice and qualifying expedition to demonstrate leadership, teamwork and acquired skills. Their official assessment took place on a kayaking expedition in Picton Harbour. Throughout the course of 2012, the Gold students also went far and wide as they completed their residential project. This required them to spend five days in an unfamiliar environment undertaking activities that are of benefit to themselves or others. Last year’s students went to Nepal, Vanutau, Fiji, the Philippines and the South Island to complete this.

One of the Gold recipients, William Tremlett was interviewed for an article in the New Zealand Herald. He said that the Duke of Edinburgh was an ‘awesome’ experience; one that will remain close to his heart. ‘I know that I can go out and feel confident in the outdoors. The skills we learned and friendships we made will be with me wherever I go.’ 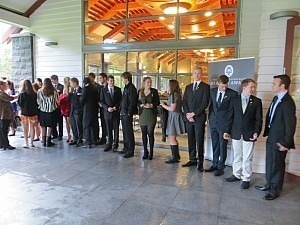 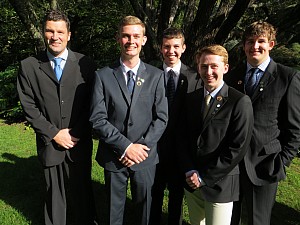 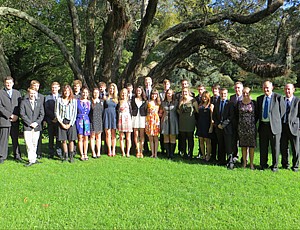