As 2013 draws to a close, members of the Saint Kentigern Trust Board gathered in Roselle House at the Boys’ School today to surprise Dr Bruce Goodfellow with a morning tea in his honour, to recognise his 30 years of dedication to the Trust Board. Dr Goodfellow is the third of three generations of the Goodfellow family to have served on the Trust Board. This family’s generous contribution in time, involvement and philanthropy has nurtured many organisations across Auckland but none more so than Saint Kentigern.

Roselle House was a fitting place to gather as this was where Dr Goodfellow began his connection with Saint Kentigern, as a junior school pupil in a Roselle House classroom in 1959, the year the Boys’ School opened. From that time on, his involvement with Saint Kentigern has never ceased, continuing on to the College as a pupil, before becoming a Board member and a parent.

Principal, Mr Peter Cassie, welcomed the guests including Dr Goodfellow’s wife, Mrs Mary Ann Goodfellow and four of their five children. Head of Primary, Dr Sandra Hastie was invited to give a summary of Dr Goodfellow’s incredible service before Mr Peter Nelson, a foundation pupil of the Boys’ School, explained the significance of an Honours Tie, given to a select few former students of the School who have gone on to make a significant contribution to the community. The tie was presented to Dr Goodfellow by Head Boy, Edward Wilkes.

Dr Goodfellow was certainly taken by surprise and remarked that, momentarily, he felt old to think that it had been 30 years. He praised all who he has worked alongside in that time saying that it has been a ‘melting pot’ of positive personalities over the years who have worked together for the greater good of Saint Kentigern; work he thoroughly enjoys.

The address to Dr Bruce Goodfellow:

Dr Bruce Goodfellow’s involvement with Saint Kentigern commenced as a pupil in Term 2 of the first year of the Boys’ School’s in 1959. Bruce, number 203, was in Standard 1. He continued his education as number 1683 at the College from 1965 to 1969. Bruce has also been involved as a parent with his son Stephen attending both the Boys’ School and the College between 1993 and 2006. And, of course, Bruce has been a member of the Trust Board since 1983, as well as being Chairman since 2000.

Bruce holds the remarkable record of having been involved with all the Heads of both the Schools and the College. Firstly, Mr Jack Chalmers (Boys’ School) and Rev Dr Adam MacFarlan (College) as a pupil and later, as a Trust Board member, he has had input into the appointments of all subsequent Heads at each of the campuses.

It would be fair to say that Bruce is born and bred Saint Kentigern and that he lives and breathes Saint Kentigern. Bruce has a busy portfolio of business responsibilities in his role as a Company Director but one detects that Saint Kentigern commitments usually come first. He has never been known to miss a Board meeting. Bruce continues a family tradition of contribution to Saint Kentigern; his father was Chairman for 34 years and still sits on the Board having joined in 1962 and his grandfather was a Board member from 1949 to 1962, and was also the first Chairman from 1949 to 1950.

In the time that Bruce has been involved with Saint Kentigern there have been some huge milestones for the Trust. The Boys’ School roll has expanded, a Girls’ School has been added through the amalgamation with the Corran School Trust Board, a preschool has opened, and the College roll has grown exponentially largely through the introduction of girls in 2003. Under the Chairmanship of Bruce the roll growth has been accompanied by very significant capital expenditure. There is no question that Saint Kentigern has changed enormously as an organisation over the past 30 years to become a greatly respected force in independent education in both Auckland, New Zealand and overseas.

Bruce gives every matter lengthy consideration, puts in many, many hours, is a regular attendee at Saint Kentigern functions and a frequent visitor to the staffrooms. Some would say that he is part of the fabric of Saint Kentigern. He is affirming, supportive, appreciative of efforts made but his overriding concern is for the education of young people in a holistic manner, educating them for the next stage of their lives, strong on academic fundamentals.

Bruce is always cognisant of the contribution of others and that the success of Saint Kentigern could not be achieved without a cohesive Board and senior management. He has derived great personal satisfaction from being a part of a successful institution, although he will tell you that it is other people around you make that success work. That may be true but Bruce has made and continues to make a huge contribution.

Bruce never seems to take holidays with only the occasional foray on to the ski slopes these days. He is content to devote any spare time that he has to his family with grandchildren already having arrived on the scene.

We thank Bruce for the enormous contribution he has made, and undoubtedly, will continue to make as a true son of Kentigern. 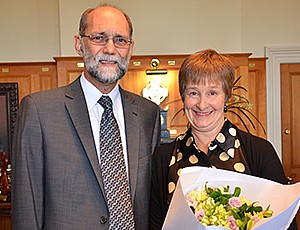 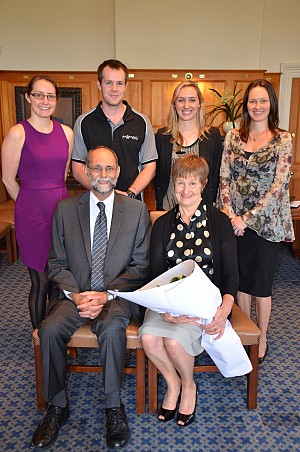 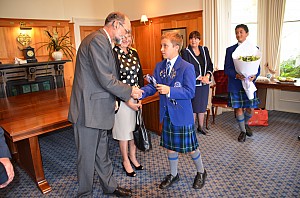