Speech making is highly valued at the Boys’ School and an excellent standard of public speaking across the age ranges is encouraged. This was evident at our own speech competitions earlier in the year when Sam McLeod wowed the visiting judges to win the Senior School speech competition and Sebe Poole did likewise to win the Middle School title.

This week, the two boys once again won judges over to win both age groups again at the Remuera Lions Speech Competition; a double win for Saint Kentigern. Sam was awarded the Sir Doug Myers-Robinson Cup for Years 7-8 and Sebe received the President’s Cup for Years 5-6.

Sam spoke with great emotion about resilience and how it is important to ‘Bounce Back’ when you are faced with challenges. He said, ‘a broken dream doesn’t have to break you, not reaching your goal isn’t a failure, and much like cricket, there will always be another innings.’ He also used a quote from George S Patton, a General in the US Army in World War 2 and encouraged his audience to not ‘judge a man’s success by how high he climbs but how high he bounces when he hits the bottom.’

Sebe also caught the judges’ attention with his speech on ‘The Art of Procrastination’. Sebe explained that there are four different types of procrastinators. One is ‘the anxious’ procrastinator who tries to fit in way too much work and study and never gets around to having fun or rest. The ‘fun’ procrastinator, by contrast would rather be doing something enjoyable and exciting rather than settle down to homework. The ‘plenty of time’ procrastinator waits until the very last minute to write a speech and the ‘perfectionist ‘procrastinator never quite finishes, as whatever is being done, can always be done better.

The boys were competing against equally capable young speechmakers from local Remuera schools but Sam and Sebe had the edge on delivery. Well done boys! 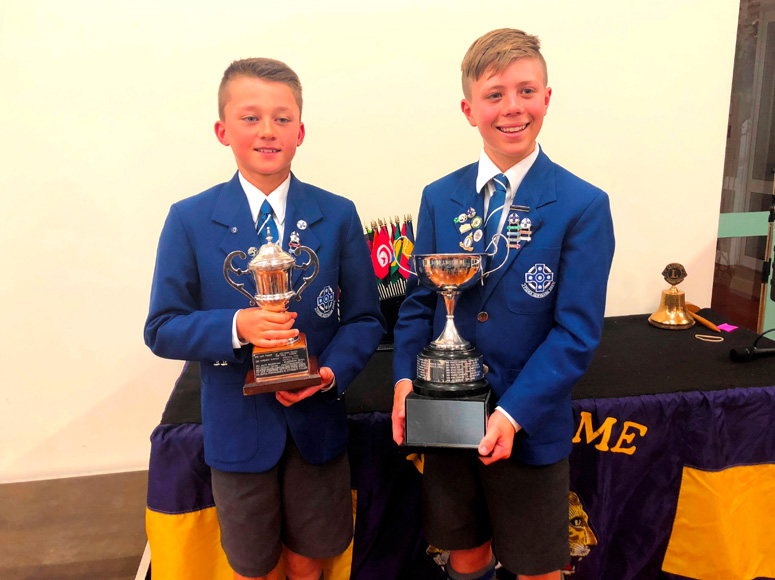