For the second year in a row, the College’s Premier Choir, 'Kentoris' has been selected for the New Zealand Choral Federation Big Sing National Finale. In addition to Kentoris' success our all-comers male choir, 'Menasing' has also been selected as a Finale Choir. This is the first time the College has had two choirs competing at a National Level and cements Saint Kentigern College as one of the finest choral schools in New Zealand.

Unfortunately a competition limit of two choirs per school prevented the College's fantastic all-comers female choir, 'Musettes' from qualifying for the National Finale, but they also achieved a very high score in the competition and will be engaging in other exciting projects later this year.

The National Finale is being held in Auckland this year from 21-23 August at the Auckland Town Hall. Menasing and Kentoris will sing two recitals, a total of 18 minutes of music for a panel of international judges. They will be competing against 22 other choirs from around the country for Gold, Silver and Bronze awards.

Kentoris is also one of four choirs in Auckland participating in a master class with the world renowned a cappella group 'The Kings Singers' this Saturday 28 June at St Mary's in Holy Trinity Cathedral, Parnell. The master class starts at 1.00pm and is open to the public for a cost of $35.00.

We also congratulate our Director of Choirs, Mr Lachlan Craig who has recently been appointed as the Musical Director and Conductor of the Auckland Youth Choir. Lachlan will be taking this job in addition to his role at the College and has already signed up some Old Collegians to sing with him in his new ensemble. 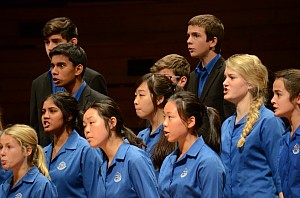 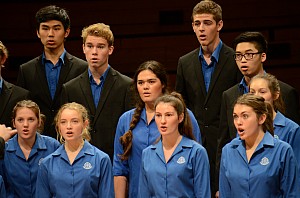 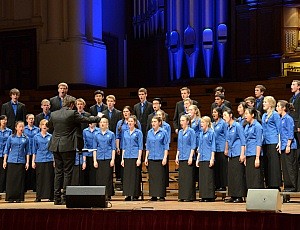