Those driving along Shore Road this morning couldn’t help but notice there was a dinosaur sporting a nice, warm onesie doing his duty on crossing patrol! On closer inspection, those waiting to cross also made a colourful scene - with not a single blue Saint Kentigern blazer in sight! Yes, it was the day of the Boys’ School Book Parade!

In a week of many activities to celebrate Book Week, the Boys’ School was alive with literary action this morning, as both boys and staff transformed into an array of characters for their annual book parade. To celebrate a love of reading, the students dressed up as their favourite book characters, and with the boys teamed up with their House buddies, they set off in House groups to parade in front of delighted parents, taking a loop out onto Shore Road and back around Roselle.

‘Where’s Wally’ and the ever-popular boy wizard, Harry Potter, had a particularly strong presence but there were also brilliant variations on the Little Yellow Digger, plenty of Dr Seuss characters, multiple superheroes and a good smattering of Tin Tins and Wimpy Kids! With the early morning chill, Captain Underpants had little costume appeal but there was one brave young man bedecked in a large diaper with the book ‘Super Diaper Baby’ in hand!

With the boys encouraged to ‘make use of things at home,’ the effort that was put into the costumes was outstanding and well appreciated by the onlookers as they cheered the youngsters as they passed.

As the parade progressed around the school, a key character appeared to be missing – where was Principal, Mr Peter Cassie on such an auspicious morning? It took a while for the boys to connect that ‘The Headless Horseman’ from The Legend of Sleepy Hollow’ galloping around the field calling ‘Neigh!’ was in fact the Principal!

The parade led back to the top field for the buddies to once again gather in House groups, with each House taking it in turns to parade around the field so the boys could all enjoy seeing each other’s costumes. An energetic loop by the characters from Chalmers House saw them declared the House winners, and the group of Junior School teachers collectively dressed as crayons for ‘The Day the Crayons Quit’ were deemed staff winners!

The book parade is always a vibrant event and is one that our boys love, but behind the dressing up is a strategic academic focus to make literacy fun; the parade encourages the boys to read widely and helps them to recognise the human need to tell stories to better understand ourselves and the world in which we live in. Reading plays a key role in encouraging curiosity, expanding their vocabulary and language skills, and stimulating the boys’ imaginations – all skills that will help with their wider learning. As Mr Cassie finished by saying, ‘The more you read, the more you will learn!’

Thank you to all parents who got into the spirit of the event to dress their boys and to those who came along to support the parade! What a fabulous morning! 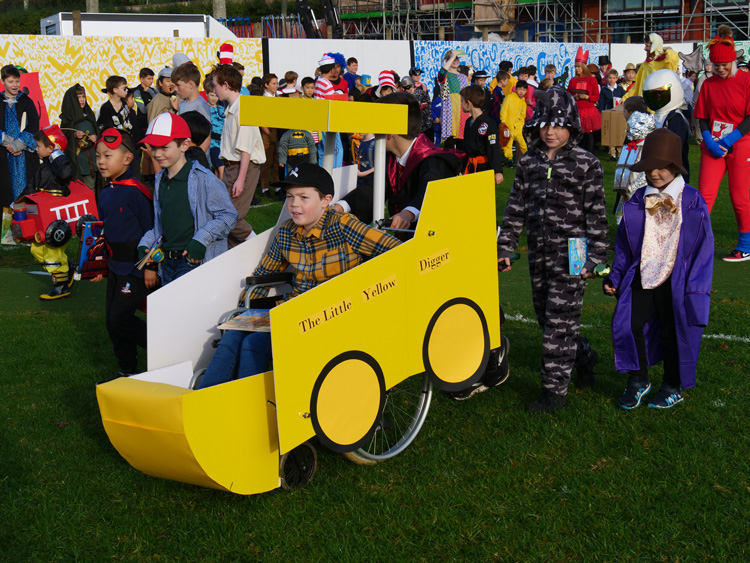 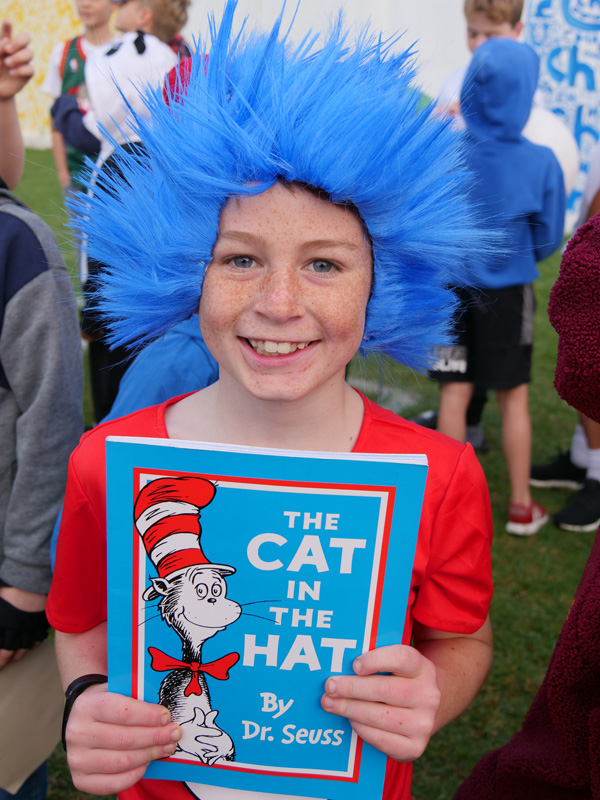 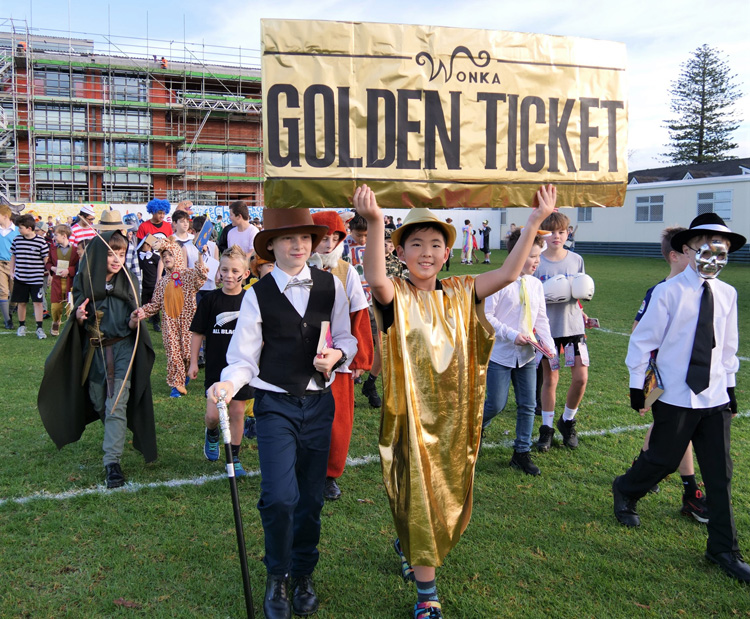 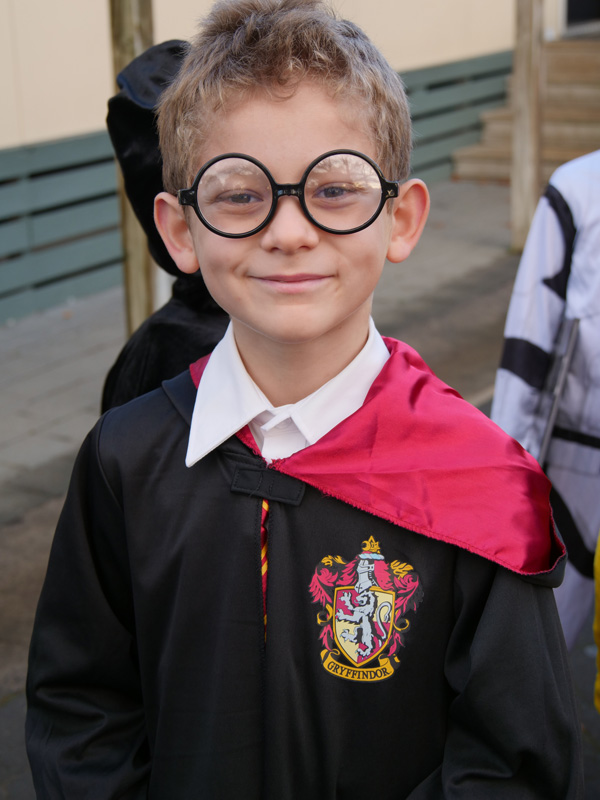 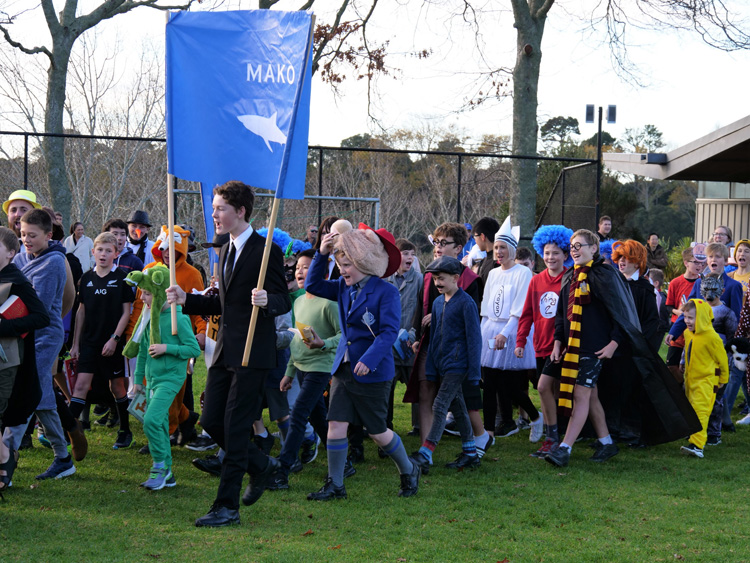 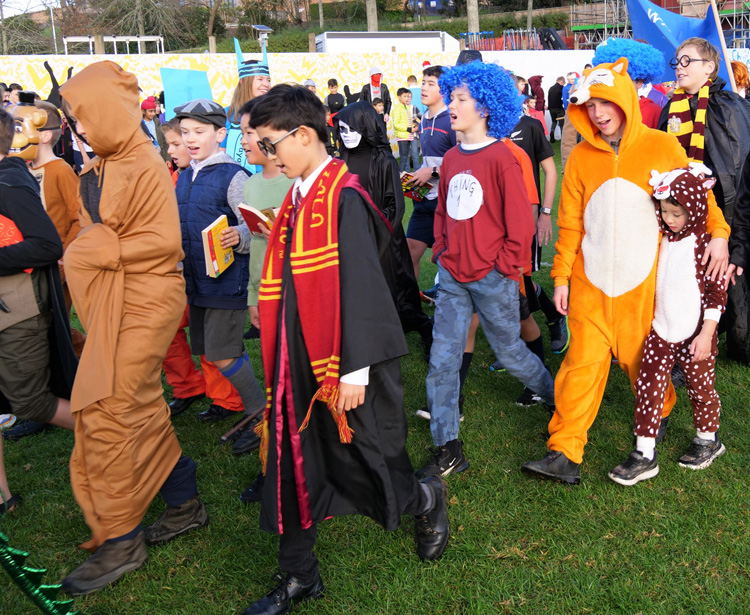