As Farewell Spit makes recent headlines on the news for mass whale strandings, a Saint Kentigern family has been working behind the scenes to develop a ‘whale lifter’ – a prototype lifting device that could offer vital assistance to those working to refloat the whales.

Saint Kentigern parents, Simon and Deborah Ward own a company, A-Ward, which specialises in custom-designed loading equipment to lift massive amounts of weight such as containers. This sparked an idea for Deborah who grew up in the Nelson region and can remember countless, but often unsuccessful, whale stranding rescue missions.

With A-Ward’s mantra of ‘every problem has a solution,’ Simon and Deborah worked closely with DOC Takaka and  Project Jonah to embark on a challenging project of passion – to come up with an inventive device that could eventually move stranded whales back into the water. Along with their children, Tex, a Boys’ School student and Rosie and Verity from the Girls’ School, the family undertook extensive research around different whale species, habitats, how to handle them correctly and most common stranding locations, with the intention to see stranded whales harnessed and safely lifted back into the ocean with the least possible stress.

Early February saw Farewell Spit make headlines once again with a stranding that was heart-breaking and unprecedented in its scale as up to 400 whales beached overnight. The Ward family were contacted by DOC in Takaka as the whales began to strand. Their lifting device had been transported to the region prior to Christmas in anticipation of strandings that usually occur between October and February.

Until this moment, the ‘whale lifter’ had only ever been tested on large drums of water, this was the first opportunity to truly gauge its effectiveness. Deborah said, ‘Due to the enormity of the stranding, it became apparent that we would probably only be lifting dead whales and we came to recognise that the current model would have had a better application with a smaller stranding.’

She said, ‘One of the main factors to take into account is that pilot whales are extremely social and become stressed if members of the pod are moved, creating logistical difficulties for those trying to help them.’ She said that the device would be of particular benefit to move a whale that may have been stranded further down the beach, back closer to the pod.

So, Simon and Deborah are now happily going back to the drawing board for some further modifications. ‘Now that we have put the lifter to the test in ‘real time,’ we now know the modifications required to help minimise any further stress for the whales. We are going to change the winch system to make it as quiet as possible and tweak the mat shape to better accommodate the fins. We are also looking at working towards a trained team to operate the machine,’ she said, ‘There is quite a lot to consider as you can imagine.’

On behalf of the Saint Kentigern community, we wish the Ward family well with this venture to assist rescuing New Zealand’s marine mammals. 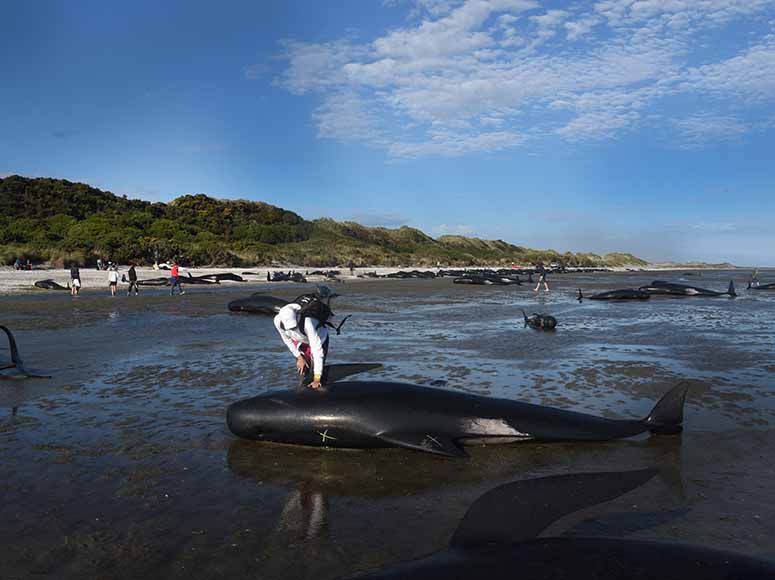 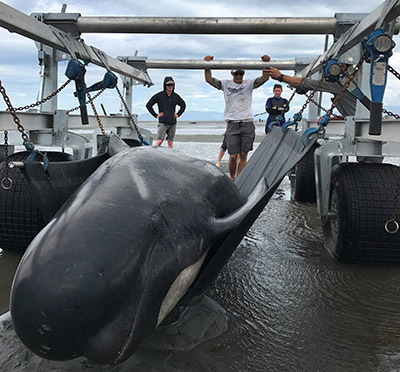 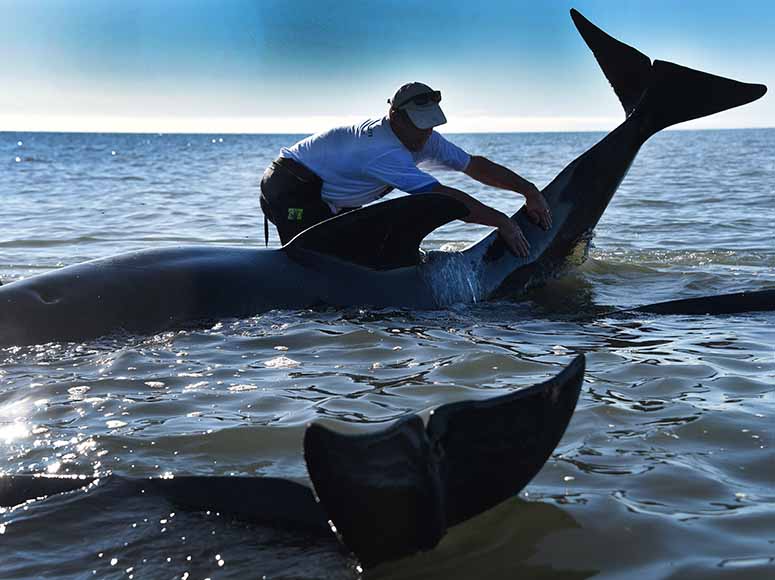 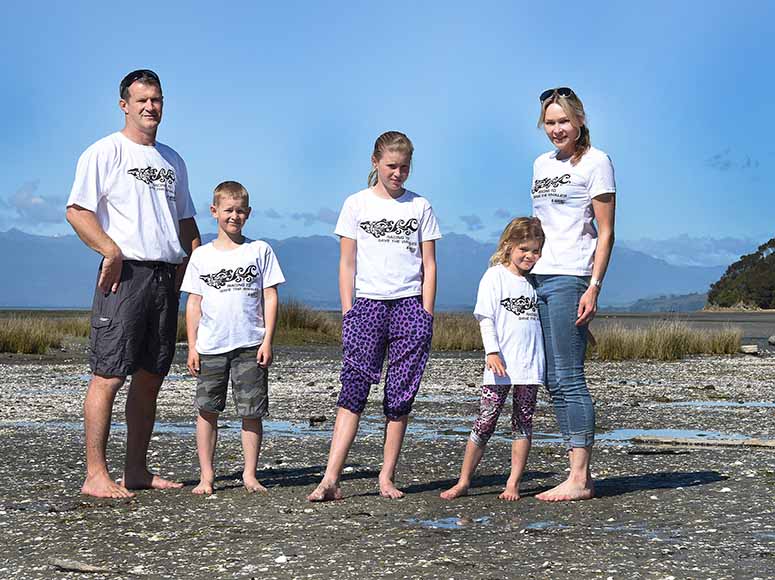