A celebration of student achievement within both curricular and co-curricular dance, this year’s Dance Showcase was an exhilarating display of artistic talent from our senior girls and boys studying dance in Years 11-13.

The Showcase is a student-led production that not only puts their performance on display but also their creativity, skill and flair as emerging choreographers. The opportunity to present their work through public performance is an important part of their arts education.

The Year 12 dancers took ‘mythology’ as their theme, firstly researching the concept from the perspective of different cultures and time before narrowing it down to a single idea for their own work.

The Year 12 Extension students, a group who undertake their NCEA standards a year ahead, worked to a theme based on inspirational/famous quotes; conveying their response to a selected quote through movement.

The Year 13 class and Extension students based their work on rangawaewae. With ranga meaning ‘standing place’ and waewae ‘feet,’ it is often translated as ‘a place to stand.’ Rangawaewae are places where we feel especially empowered and connected. They are our foundation, our place in the world, our home. The students brainstormed this idea and what it meant to them and then transformed their ideas into expressive works that communicated layered meanings.

In addition, each class presented a large group dance that had been choreographed for them by their teacher,  Mr Geordan Wilcox. To the delight of the dancers and audience alike, both Mr Wilcox and fellow dance teacher, Mr Ichiro Harada took on cameo roles on stage that brought huge applause. Both staff members have an extensive background in dance performance that has brought new levels of experience and opportunity for our students.

We also welcomed two guest choreographers. Livi Obern worked with Year 11 on their signature piece, ‘Uptown Funk.’ Livi graduated from the College in 2009 and has gone on to make a career in dance, graduating from Edge Performers’ School in Melbourne, she gone on to dance for Zoe Badwi, Microdot, Bridget Mendler, X Factor NZ and corporate events in Australia and NZ.

Another guest choreographer, Justine de Kock, worked with the Year 13 Extension class on ‘Halo.’ Justine was awarded Fellowship status within the Modern Theatre Faculty of the Imperial Society of Teachers of Dancing. She has many years’ experience teaching at vocational level in the UK, having previously taught at The BRIT School in London, a performing arts school sponsored by the British Music Industry.

The pressure was on both the choreographers and the performers to get every last detail correct as their work was being assessed for NCEA. For those undertaking Dance as an examinable course of study at senior level, there are a number of objectives to be achieved. Achievement objectives at NCEA Level 2 (Year 12) and NCEA Level 3 (Year 13) each have a choreographic element. At Year 12, there is a requirement to ‘choreograph a group Dance to communicate an intention.’ At Year 13, the requirement is to ‘produce a dance for a performance.’ There is also a requirement to ‘perform a significant role in a group dance to an audience.’

To meet these objectives, the senior dance students have poured considerable energy into preparing for the Showcase in readiness to present their work for NCEA assessment. In addition, some of our drama (NCEA) and theatre arts (IB Diploma) students were involved with the technical and production aspects of the show.

To produce a show of this calibre requires an enormous amount of work and it’s quite incredible that the rehearsals and performance were largely student led. Each year we see an improvement in technique and performance from our dancers, with each new year bringing a noticeable, new level of sophistication to their work. The choreographers, performers and back stage crew from Years 12 and 13 are to be congratulated for their dedication to bring a show of this quality to the stage. Their themes explored difficult, emotional issues that had a real impact on the audience.

Introducing our Dance Staff at the College

Last year the College was very pleased to welcome Mr Geordan Wilcox as the new Head of. Mr Wilcox was formerly a dancer with the Royal New Zealand Ballet (RNZB) for 13 years and has a Master of Creative and Performing Arts in Dance Studies as well as a Diploma in Teaching (Secondary), both from the University of Auckland. He has choreographed works for professional dance companies and has taught at both the University of Auckland and the New Zealand School of Dance. He brings a huge amount of knowledge to the role and the students are really enjoying his style.

Joining the dance staff this year is Mr Harada, originally from Nara in Japan. He graduated from Boston Conservatory with a BFA in Dance in 1994. He has danced with Doris Humphrey Repertoire Dance Company, Ballet Long Island and Geurah Abraham Dance Ensemble in New York and performed in Musical Drama. He established Ichiro Harada Dance Group in Sydney. As a choreographer, his works have been performed in Japan, Australia, Russia, Korea and New York City including for the Estee Lauder Defining Beauty Award, Youth America Grand Prix final in New York City, Seoul International Ballet Composition final, and Koriyama 50th Anniversary Dance Gala. His choreography has been performed by members of Boston Ballet, Orlando Ballet and the Berlin State Ballet.

He has taught in Japan, Australia and New Zealand and is pleased with his new role as dance teacher at the College. In 2011, he received a NZ Most Inspiring Teacher’s Award. 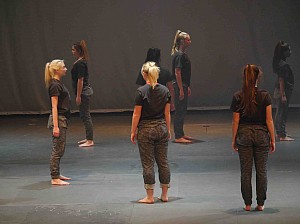 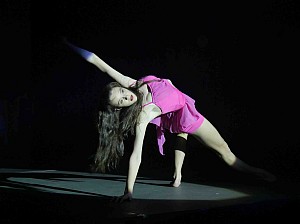 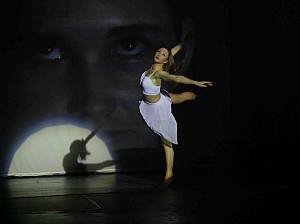 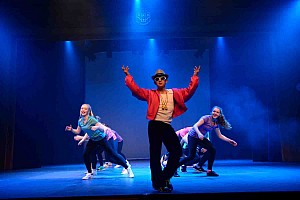 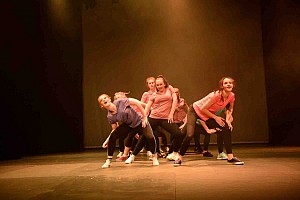 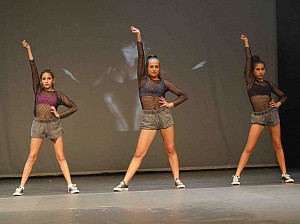 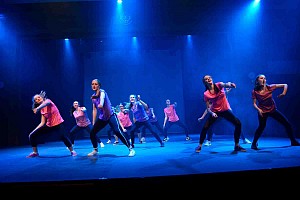 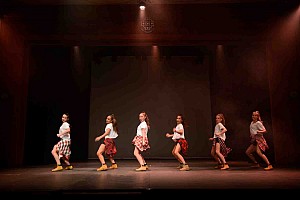