As part of National Poetry Week, students at the College were treated to a hilarious appearance by rapper and comedian, John Carr. Known as The Godfather of Geriatric Rap, Mr Carr performs regularly at comedy clubs around Auckland and is renowned for his ability to turn everyday events into something funny.

When he’s not cracking jokes on stage, he works as a writer for an educational publishing company and is an experienced cartoonist. He’s received numerous accolades during his comedy career for his unique poetry-rap style. His one-man show, entitled Yo Yo Yo!, got rave reviews as part of the 2013 NZ International Comedy Festival.

While most of his material is about old age, the students were able to relate to his self-deprecating persona. Many of the jokes were based on the flexibility of language, with Mr Carr adapting rap’s vernacular to connect with the younger audience.

The irony of someone who ‘looks like the Mad Butcher’s grandfather’ performing rap was not lost on the crowd. They especially enjoyed his ‘Mango Rap,’ which is about a child throwing fruit at him in a supermarket.

‘And I hit the ground, hollerin’ and hootin’

I just became a victim of a drive-by fruitin’.

The comedy didn’t end with the conclusion of the show, as one of the students asked for an autograph on a mushroom, which Mr Carr said was definitely a first for him. 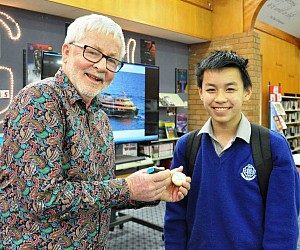 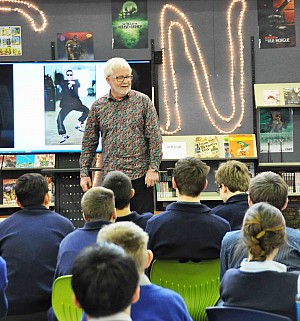 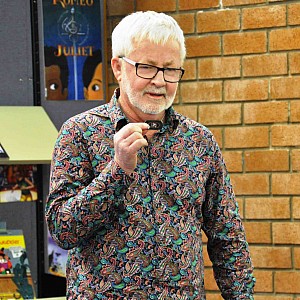