Today, the College welcomed 25 musicians from the Boys’ School to join with the College Symphonic Band for a shared workshop and concert. The aim is to generate a music collaboration between the two schools and further strengthen the skillset of the instrumental ensembles.

In the early part of the morning, the students were divided into sectionals to workshop the arrangements for three very different pieces of music: ‘Malaguena’ – a dramatic Spanish piece by Ernesto Lecuona; Pharell William‘s irrepressibly toe-tapping ‘Happy;’ and the New Zealand sea chanty, ‘Wellerman,’arranged by Paul Murtha.

Both schools have really strong music programmes and during the workshop sessions, it was fantastic to see the older College students, mentoring the younger musicians as they worked on their pieces.

By the end of the morning, they came together as one, large, combined band to play their pieces for a small audience of College Year 7&8 students.

The morning finished with a shared lunch and chatter amongst newly formed friends after a very worthwhile morning! 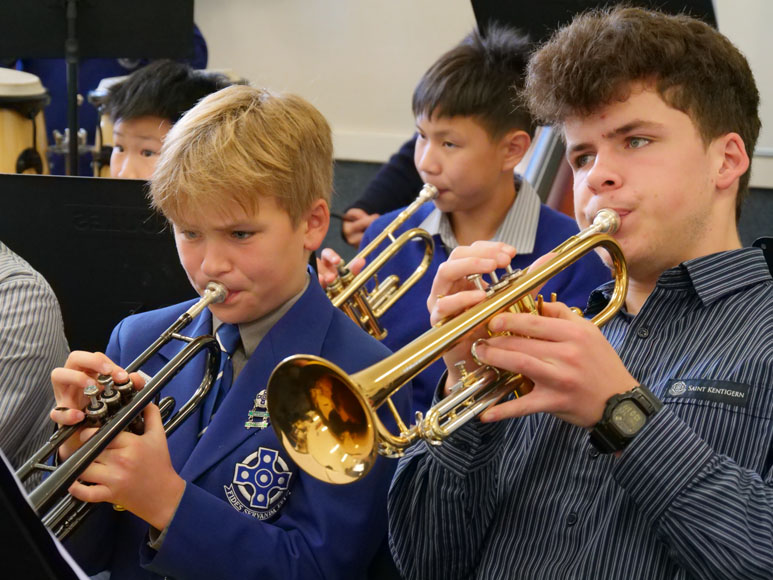 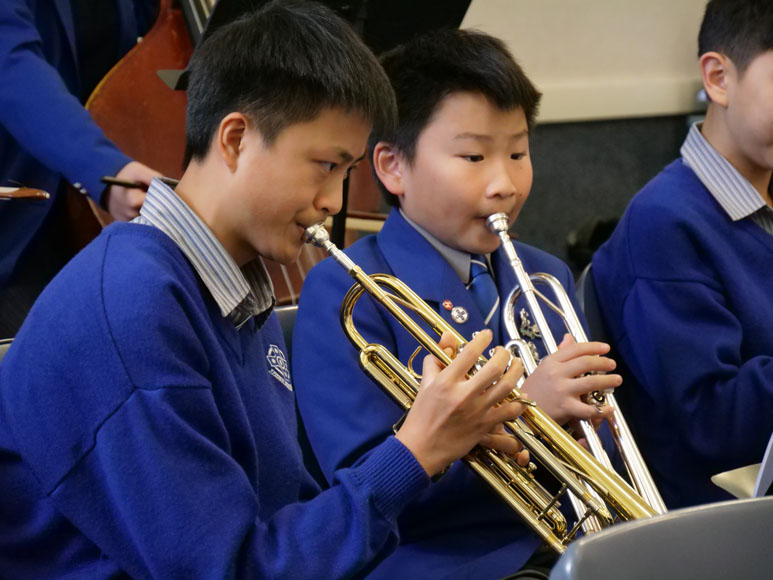