Today, our Year 12 and 13 English students have explored the world of writing with author and renowned columnist, Joe Bennett, whose newspaper columns are syndicated throughout the country. He is known for his biting wit, a trait he brought to his workshops as he challenged our students to think about their use of the written word and strategies they could employ to make their own writing more engaging.

Joe reminded the students of the power and responsibility that we possess as the only species on earth with imagination and language. He explained that, ‘Using language well takes the human race forward’ but that, ‘You don’t have to inflate language to make it read well.’

Together with Joe, the students explored the origins of the English language, coming to understand the layers of Latin, French and Anglo Saxon influence on today’s vocabulary. They then moved on to unpack the structure of a sentence, exploring what could be done to add extra interest. His key pointers about developing a written piece were: don’t worry about the quality of your start – you will always come back to re-craft the beginning; and use descriptive verbs to ‘add muscle’ as commonplace verbs flatten and dull writing.

The students soon came to learn that changing the verb to a more dynamic replacement could have a significant influence on the readability of a piece. As a columnist, his own success lies in drawing the reader in quickly and retaining their interest.

Above all, he said, we have the power to make anything interesting, as long as we think hard enough and long enough about it. As a case in point, he asked the students to write about a common stapler, then exploring further ways to enhance their original writing.
Visiting the College for just one day, Joe has inspired students to think deeply about everything and to critically consider the ideas and images sold to them by the ever-present media. We are social beasts, but we need to be thinking social beasts to get the most out of life.

Born in England, Joe Bennett has lived in New Zealand since 1987. He first taught as an English teacher at Christ’s College before changing direction to make a living as a writer. His newspaper columns are syndicated throughout the country and on five occasions he has been judged New Zealand Columnist of the Year, most recently in 2011. Thirteen collections of his columns have been published in New Zealand and three world-wide. He also has written a number of books and is possibly best known for 'Where Underpants Come From.’ the Whitcoulls Travcom Travel Book of the Year in 2009.

His most recent accolade was being awarded Magazine Columnist of the Year for the column he writes for New Zealand Gardener, the second time he has won this award.

On five occasions he has been judged New Zealand Columnist of the Year, most recently in 2011, and thirteen collections of his columns have been published in New Zealand and three have been translated for world-wide readership. He is also known for his bitingly, dry wit in his books, ‘Where do underpants come from’ and ‘Double Happiness – How bullshit works.’ 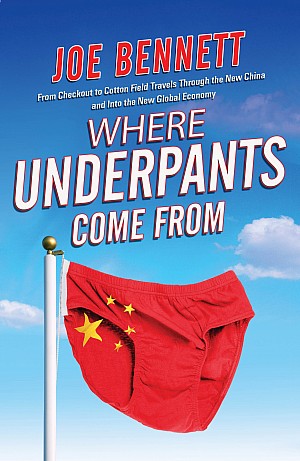 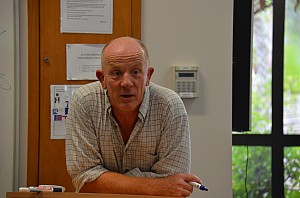 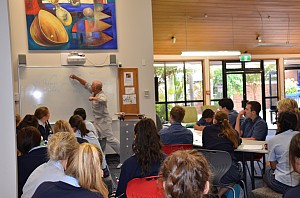 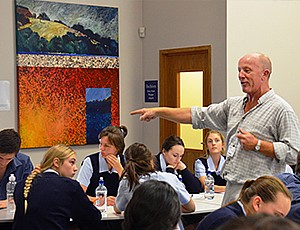