In recognition of our 60th Jubilee Celebrations this year, at the first Formal Friday of the new academic year, we welcomed back former Head Prefects, Warren Haddrell and Jessie Jarvie (nee Emerson) to the commissioning of this year’s College Prefect team.

Warren was a Foundation Boy in 1953 (ID No 6) and was appointed as the first ever Head Boy of the College in 1956. After leaving the College Mr Haddrell attended Auckland University and went on to complete his Chartered Accountancy Professionals. He was a partner in the international accountancy firm Coopers Lybrand for 25 years and was appointed the New Zealand Chairman in 1984 until his retirement in 1992. He was also the Deputy Chairman of the Commerce Commission for three years.

Jessie was one of the Foundation Girls, joining the College in Year 11 in 2003. In 2005, she was appointed as Saint Kentigern’s first Head Girl. Jessie graduated from the University of Auckland with a Law Degree. Towards the end of her studies, she began working in the office of Nikki Kaye, Member of Parliament for Auckland Central. Once admitted to the Bar she began working as in-house Legal Counsel at Orion Health, an international health software company. She married Old Collegian, Paul Jarvie in 2011 and they are expecting their first baby in June.

The College thanks Warren and Jessie for taking the time to attend the first assembly in this commemorative year. 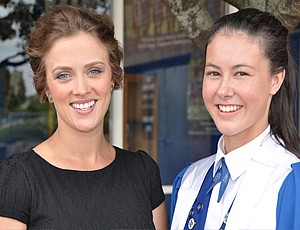 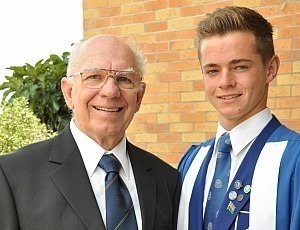