After an intensive three day camp in Auckland where they trained for between 5-6 hours a day, the Year 13 students departed for Sydney and were greeted with heat in the high 30's - 40's. The team spent the first day training at Coogee Beach before the intensive waterpolo started the following day.

Spending the next two mornings training with the New South Wales Institute of Sport was a real highlight of the trip, even if it meant getting up at 4:30 am! The facilities at Sydney Olympic Park were beyond incredible, with 250 metre pools and a specialist water polo/diving pool all with room for 12,000 spectators.

Whilst the team lost their games with NSW, the experience was outstanding. Intertwined with these training sessions were evening games with Sydney University and Sydney Wests. The team won both games 13-7 and 14-13 respectively, with all three boys scoring their first goals for New Zealand.

The team then returned to Sydney for their final games against Knox College, who had some incredible grounds. The team beat both their premier and U16 teams convincingly and ended their tour on a high note.

The experience was invaluable for all three boys who returned home to lead the College Premier team in their final senior year. Following on from their success in Sydney, Hamish and James have been selected as part of the squad to trial for the NZL U17 team to travel to the Hawaiian invitational tournament in August. 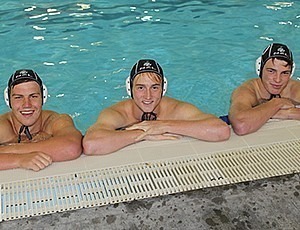