Saint Kentigern College fielded 23 teams of 69 triathletes for the last of the AKSS Triathlon events of the 2014 season. The weather was perfect, results impressive and efforts across the board were typical of the College triathletes – exceptional in every respect.

In fields that were larger than in previous years, the Year 7/8 Boys team of Tom Harford, James Archibald and Michael Lindsay set the bar high for the day with their win in the first race. All five of the Year 7&8 Boys teams gained top ten placings.

The Junior Boys team of Ryan Church, Dylan McCullough and George Ellett backed up their National title with another comprehensive win, the second placed team being almost three minutes behind at the finish.

Intermediate Boys Tom Moulder, Liam Cappel and Fraser Hamilton gained 2nd place in what is typically one of the biggest and hardest divisions in triathlon.

In the Senior Girls Samantha Brown, Madeline Evans and Isabella Richards combined to gain 2nd place, with Isabella recording the fastest girls run time of the day, almost a minute ahead of the next runner.

The U19 Boys teams ended the day as it began, with a title, Mathew McCullough, James Fouche and Liam Ward winning by a good margin.

Ben Shepherd had a scorching run in the Year 7/8 Boys division to record the fastest time out of all the College teams in that division. Callum Walsh continued to show his fine form on the bike, recording the fastest time in the Junior Boys.

Elizabeth Mudford recorded the second fastest time in the Intermediate Girls division, whilst Liam Foster in the U19 Boys recorded the third fastest time in his division and was the second fastest U19 Saint Kentigern College boy. Lauren Hendricksen put the disappointment of being ill throughout Nationals behind her to enjoy a superb ride for her team, recording the third fastest bike time and Isabella Richards smashed the U19 Girls runners with her 1st place on the run.

Thank you triathletes for your sensational attitudes and efforts. 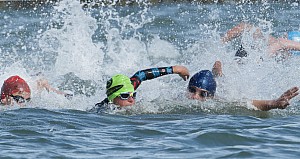 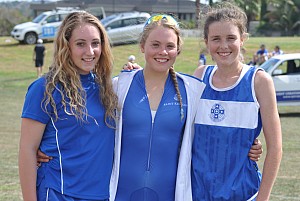 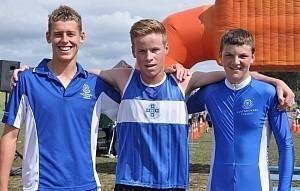 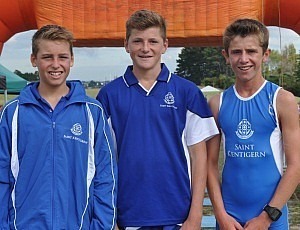 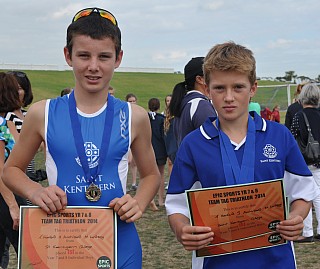 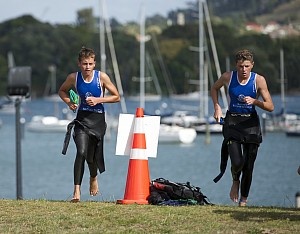