College Students Film with All Blacks

It was the opportunity of a lifetime for some of our youngest rugby boys when five All Blacks visited the College last week. Captain, Richie McCaw and team mates, Sonny Bill Williams, Ben Smith, Keven Mealamu and Old Collegian, Jerome Kaino were on location to film a television commercial with a selection of Year 8, 9 and 10 players.

The advertisement, for Sky Sport to promote the upcoming rugby season, followed a story line about the All Blacks as youngsters who dream of making the New Zealand team. Included in one of the feature scenes was Year 10 student, Carter Armitage who played winger, Ben Smith as a young boy. In his scene, Carter stands at the Bruce House changing room mirrors, deep in a moment of pre-game thought. As he fits his mouthguard, the scene travels forward in time to show All Black, Ben Smith running out on to the field.

Once filming had wrapped up at Bruce House, the production crew moved down to the rugby field to begin filming with the mix of Year 8, 9 and 10 boys. For their scene, the students displayed their tackling and passing skills under the watchful eyes of Richie, Jerome, Keven and Sonny Bill from the sidelines.

Along with Jerome, also returning to the College was second generation Old Collegian, Campbell Hughes who was producing the television commercial. Campbell attended the College from 1991-1995 and now works for Sky Television as a Sports Promotion Producer.

The afternoon’s activities were a unique opportunity for our students to experience being involved on a professional set - and was truly memorable for the students to meet their sporting heroes on College grounds!

The lucky students taking part were: 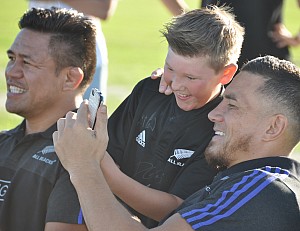 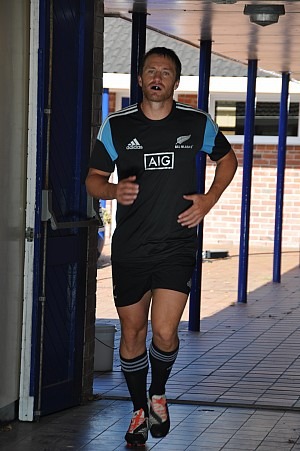 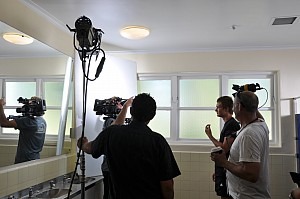 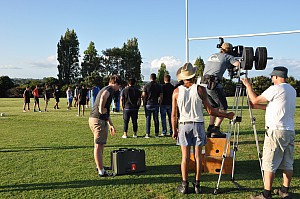 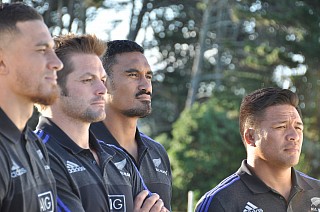