In recognition of our 60th Jubilee Celebrations this year, at the first Formal Friday of the new College year, we welcomed back former Head Prefects, Warren Haddrell and Jessie Jarvie (nee Emerson) to the commissioning of this year’s College Prefect team. Warren was a Foundation Boy in 1953 (ID No 6) and was appointed as the first ever Head Boy of the College in 1956. Jessie was one of the Foundation Girls, joining the College in Year 11 in 2003. In 2005, she was appointed as Saint Kentigern’s first Head Girl. We thank them both for attending the first assembly in this commemorative year.

The selection process for leadership roles at the College is lengthy and rigorous to ensure the best team of students with complimentary talents is selected to represent the student body. These students are often ‘all-rounders’ who have taken every advantage of our ‘world of opportunity.’

This year we congratulate Sam Grant and Sharnika Leleni who have been appointed as Head Prefects for 2013. Sam and Sharnika have been fully involved with the life of the College in their time here, carefully balancing their academic studies with their many co-curricular pursuits. They are conscientious, well organised students who have the right attributes of confidence, pride in the College, leadership skills and commitment to duty.

Sam gained Excellence Endorsements in both Level 1 and 2 NCEA. Sam is a debater, footballer and tennis player. He is working toward his Gold Duke of Edinburgh Award and was a member of the Vanuatu Cultural Exchange.

Sharnika received Excellence Endorsements for both Level 1 and Level 2 NCEA. She is a talented sportswoman and dancer for which she has gained awards.  She has played Premier Netball and Touch for the College.

Sam and Sharnika will be ably assisted by Matthew Lieshout and Shaan Bone in their roles as Deputy Head Prefects.  Shaan gained Academic Honours after Year 11, plays Premier Waterpolo and is working towards her Gold Duke of Edinburgh Award. Matthew gained Merit Endorsements at both Level 1 and Level 2 NCEA.  Matthew is a talented sportsman playing Premier Hockey and Football as well as representing the College in Cross Country.

These four students have already proven themselves to be good leaders with complimentary talents and abilities. They are conscientious, well organised students who have the right attributes of confidence, pride in the College, leadership skills and commitment to duty.

Dillon is a keen sportsman playing Premier Touch and 1st XV Rugby. He is a member of the cultural Group and coaches younger students in Touch. Dillon is a boarder at Bruce House and received the Bruce House Sports Trophy last year. 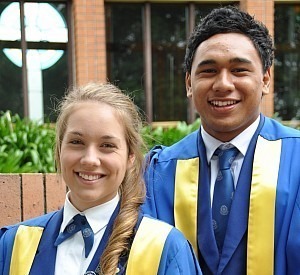 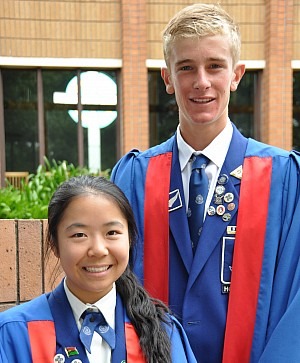 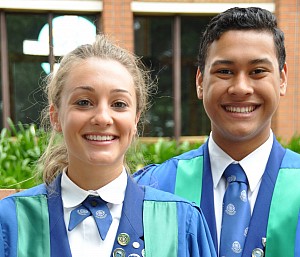 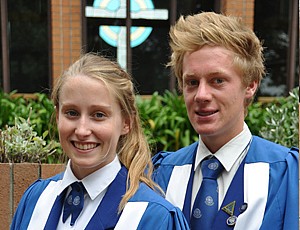 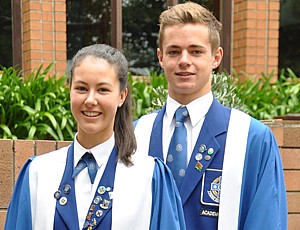 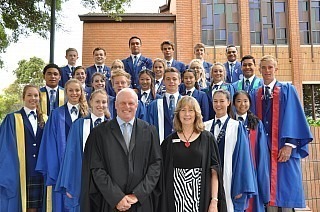 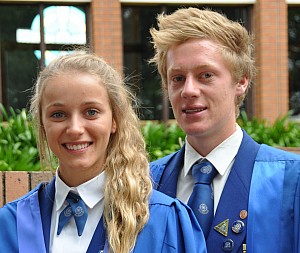