Our Year 13 IB student, Ethan Fung has been selected as one of only five students in the country to represent New Zealand in the International Young Physicists’ Tournament (IYPT) which will take place in July.

Sometimes referred to as the “Physics World Cup”, IYPT is a scientific competition between teams of secondary school students. It mirrors real-world scientific research and the process of presenting and defending results obtained. Participants have almost a year to work on 17 open-ended inquiry problems, with a good part of the problems involving easy-to-reproduce phenomena. Students are challenged to derive a conclusions-oriented outcome from designing and performing experiments and drawing conclusions from the experiments’ rather than to calculate or reach ‘the correct answer’. The competition is an enactment of a scientific discussion where participants take the roles of Reporter, Opponent and Reviewer and are evaluated by a jury of international experts.

Due to the Covid restrictions, students had to work on the scientific problems individually and not as a team, which made it even more challenging to be selected. In the first round of selection over the summer holidays, Ethan submitted a 12-minute video solution to a physics problem – the ‘Boycott Effect’*. In the second round which took place during the term, Ethan worked on a solution for a different physics question on the ‘Water Spiral’** and submitted a 12-minute presentation within 5 weeks. In his final presentation, he had to ‘defend’ his solution while being questioned by the panel of judges. Following the second presentation, Ethan was selected as one of only five students in the country to represent Team New Zealand in IYPT.

Speaking on the experience, Ethan explained that he started the process by researching literatures in order to understand the problem before coming up with a theoretical model for the phenomenon and a qualitative explanation. To verify the solution, he designed and developed some models with apparatus loaned from the school to create his design vision, conduct experiments and collect data. This was especially crucial in the second round when he had to build a water pump system.

“For IYPT, we will be required to present and defend our solution while challenging ideas from other teams around the world. We are now deliberating additional solutions to the 17 questions and refining our approach and preparations to ready ourselves for IYPT in July,” said Ethan who finds Physics fascinating as it helps him make sense of phenomena around him. Ethan explains that he finds great satisfaction discovering how things worked through physics and this has sparked his curiosity to keep learning.

With the constraints of Covid, IYPT will be hosted online this year instead of Romania. Congratulations Ethan! We look forward to seeing Team New Zealand triumph in the world championship!

* Round 1: Boycott Effect: If particles are suspended in a liquid that has a lower density than the particles, the particles will settle to the bottom of the container. The rate of settling can be affected by tilting the container that holds the liquid. Explain this phenomenon and investigate the effect of relevant parameters

** Round 2: Water Spiral: If a stream of liquid is launched through a small hole, then under certain conditions it twists into a spiral. Explain this phenomenon and investigate the conditions under which the spiral will twist 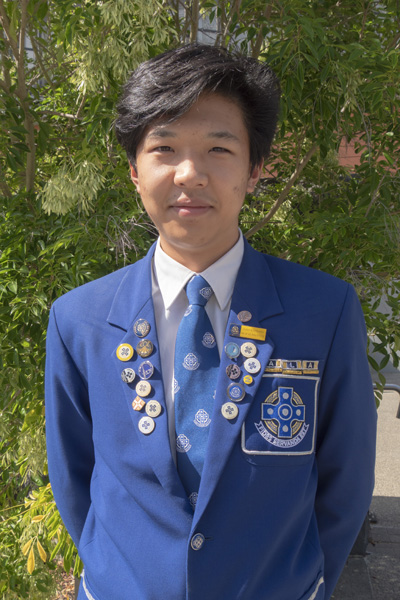