Another successful sporting year at the College, which featured Auckland, national and world champions in individual and team competitions, was celebrated at the annual Sports Awards Dinner last night. More than 500 people attended the ceremony in the Sports Centre to celebrate our sporting students’ wide-ranging successes. The evening is sponsored by the Old Collegians’ Association, whose chairman, Andrew Morgan opened the evening with words of welcome.

The first honours to be presented were to the students who have represented New Zealand in sport during the year. This year the College had 39 national representatives, who were presented their blazer bearing the silver fern by Head of Senior School, Mrs Suzanne Winthrop and Head of Studies, Mr Richard Stead.

Director of Sport at the College, Mr Martin Piaggi was the master of ceremonies and paid tribute to the network of coaches, managers and administrators who make our sports programme thrive. ‘Were it not for their willingness and dedication, we would not be able to deliver the sports programme we do,’ said Mr Piaggi. ‘The success of the sports programme is a direct result of their efforts. Their goal is to ensure that every student’s sporting experience is a positive one.’

The sports prefects, Emma Hanley and Jared Schnell reflected on their sporting experience at the College, from budding juniors to leaders in their respective codes. They both expressed a belief that Saint Kentigern offers the best sports programme in New Zealand and felt privileged to be a part of it.

The awards for each of the 25 codes were presented before our guest speaker took to the stage. We were proud to welcome Old Collegian, Albert Vete, who was a familiar face to a lot of those present due to his frequent visits back to the College. Albert spoke of the values and life lessons instilled in him at the College, which have benefitted him as a professional rugby league player for the New Zealand Warriors and in his training to be a physical education teacher at Auckland University. ‘I owe a lot to this school for what it has done for me,’ he said.

Following the meal, it was time for the much-anticipated major awards.

The Dux Ludorum is the major individual sporting award of the year and is awarded to the most outstanding sports person, girl or boy. The winner is generally an all-round sports person who has represented the College at a number of sports.

Isabella is the senior athletics and cross country champion, winning a number of titles at College, Greater Auckland and national level; most notably the New Zealand senior girls cross country championship. She is the captain of the girls’ 1st XI Football team which placed second in Auckland and second in the Auckland Knockout Cup, and she also represented New Zealand in the U20 Women’s Football team.

Braydon has consistently performed at athletics and swimming throughout his seven years at the College. This year he took out the 33m freestyle title at the swimming sports and was the senior boys’ athletics champion. At the Eastern Zone Athletics he won the 100m, and the long jump and placed third in the discus. At the Greater Auckland athletics he placed second in the final of the prestigious senior boys 100m. He has played 2nd XI cricket and withdrew from consideration for 1st XI cricket this year to concentrate on his rugby. He was an integral part of the 1st XV this year leading the midfield.

The 1st XV won the Auckland 1A title after an epic final victory over Auckland Grammar at Eden Park. The team went on to win the Blues region and place third in New Zealand, enduring a horror run of injuries with eight starting players made unavailable during the national tournament.

This award is for a team or individual who has achieved at the highest level and gained the results reflective of their dedication, determination and desire to succeed. Finalists from all the other major awards have been considered for this award. Madeleine was selected for the NZ U19 track cycling team for the world championships in Kazakhstan. The team won gold in the 4000m pursuit, beating Australia in a new world record time. Old Collegian and New Zealand representative cyclist, Myron Simpson spoke about the significance of the team’s achievement.

Dylan has excelled in his chosen sports of athletics, cycling, swimming and multisport. He won or placed in the top two in a large number of events at College, Auckland and North Island competitions. He is the Auckland and New Zealand aquathon, duathlon and triathlon champion.

Tori won the 200m, 400m and the long jump for intermediate girls. She plays in the Premier Touch and Premier Netball teams and is an U17 Counties Manukau representative player for netball and a New Zealand representative Touch player.

Cameron is the junior boys swimming champion and placed third in junior athletics and junior cross country. He is a valued member of the U15 Open Weight Rugby team and was picked for the U14 Auckland East rep rugby team and appointed captain. He was named most valuable player at the tournament.

Jaymie is the junior girls’ athletic champion and also won medals at the Greater Auckland championships, including gold in the 100m. She is a member of the 9A Netball and girls’ Premier Touch teams. Outside of the College she is a Counties Manukau athletics and touch representative and was also named in the New Zealand U15 Touch development team.

The Year 7 & 8 Sportswoman of the Year – Ema Miyaura

Ema is ranked number one in New Zealand in tennis at U12 level, winning the national singles and doubles title. As a Year 8. she played in the College Premier Girls’ Tennis team, and she won bronze at the AIMS tournament. She made all of the finals at the College swimming and athletics.

These awards go to students who have played for the College demonstrating commitment and professionalism in their chosen code. The recipients are power houses within their premier teams and made a difference every week as to the performance of the team.

The Kaino Cup is presented to a team athlete who ‘the team could just not do without.’ Amorangi has been captain and goal shooter of the Premier Netball team.

This cup is awarded to a leader who builds a team around them and demonstrates leadership qualities by helping others with in the team to develop their skills. Dalton has been captain of the 1st XV.

Our congratulations to all the award winners and thank you to all the parents and supporters who attended the awards evening! A special thank you to the Old Collegians’ Association for sponsoring the awards, our guest speakers Albert Vete and Myron Simpson, and to the sports department for organising a great event, in particular the work undertaken by Lynne Scutt to bring this to fruition. 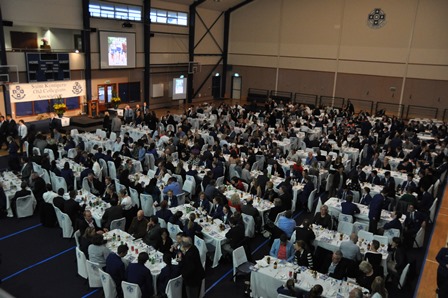 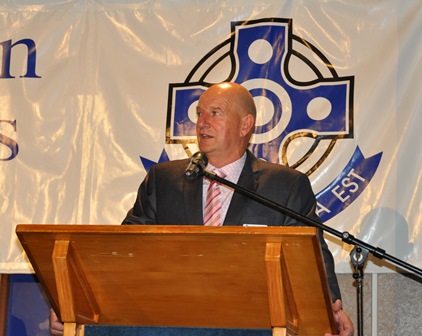 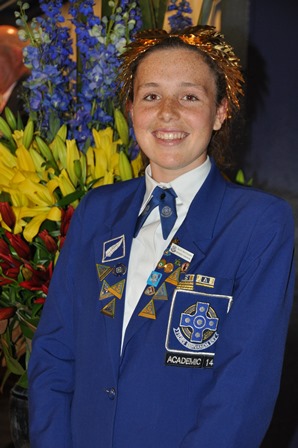 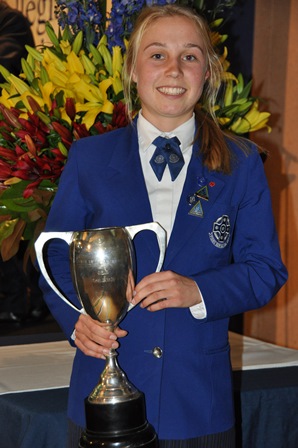 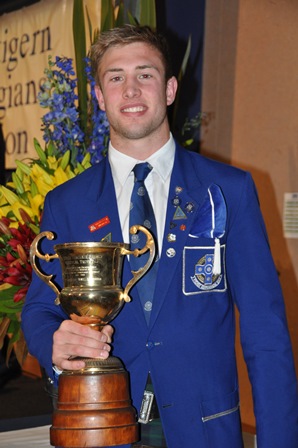 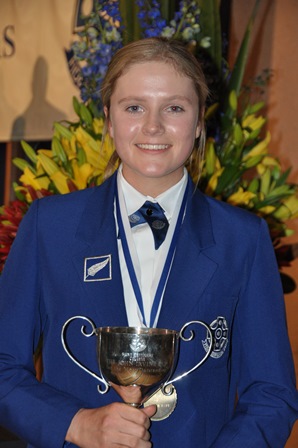 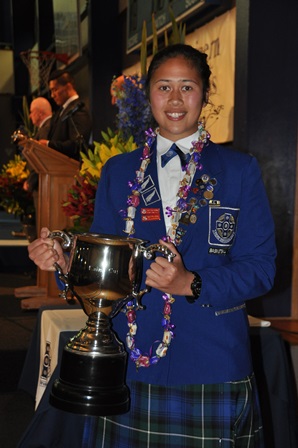 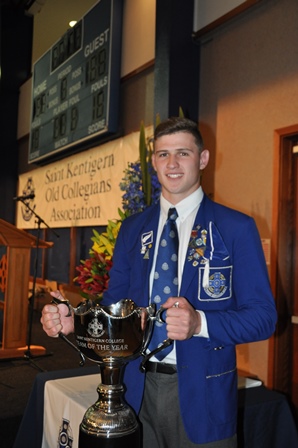 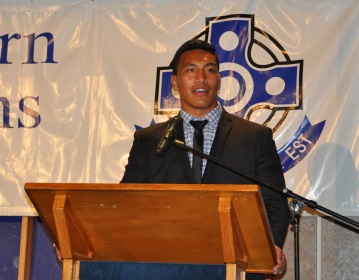