At the end of each year, the Sports Department hosts an Awards Dinner for over 500 people to honour our sporting elite - there was much to celebrate! In a sporting year which featured Auckland, national and world titles, 34 students received Sports Colours for being ranked in the top three individually in their sport, or making an U18 or older age group national team. A further 43 students were chosen to represent New Zealand in an international event, including our third world champion, Daniel Whitburn who won gold at the International Triathlon Union World Championship in Holland!

Our sports programme is deservedly one of the most diverse and successful in New Zealand and our players, coaches and managers can be proud of the efforts they have made to maintain that competitive edge, while inspiring our students to strive for their personal best in all they do. Head of Sport, Mr Martin Piaggi said that, ‘…any success is down to all the parts. We are so lucky to have the facilities that we have, but even luckier to have people who care. We have the resources that can be used to lift the level of performance but we do this by having the very best coaches, the very best facilities and the very best intentions. What we do is for the athlete. What we do is for the love of the game.’

We welcomed back former Head of College, Mr Steve Cole to present prizes, including one named in his honour. Mr Cole had a profound effect on the development of sport during his time at the College and the Steve Cole Sports Trophy honours the foundation blocks of our sports programme: ‘Respect for everyone, integrity for what we do, always deliver your best in the pursuit of excellence.’

Sport at Saint Kentigern continues to offer many pathways for boys and girls, and not just through playing.  Sport also remains a vehicle to learn so many life lessons from perseverance and resilience to accepting direction, learning from mistakes, working with others and being humble in success.  More than technical and tactical skills, it offers the chance to be a better person. Every year brings a new focus and in 2018, we aim to continue to inspire students to pursue their sporting interests, to learn and grow, readying them for life beyond Saint Kentigern College.

Tori is the College Senior Girls Athletics champion after winning the 100m 200m 400m and the long jump. At the Greater Auckland Athletics, she won the 200m and was 2nd in the 100m. She is the captain of the Premier Girls Touch team who are the Auckland champions and who have qualified for the Nationals. She is co-captain of the Premier Netball team who are the Auckland champions, the Upper North Island champions and were runners up at the Nationals. She was named in both tournament teams for Upper North Islands and Nationals. She was in the New Zealand Secondary Schools netball team and has signed a contract to be a playing partner with the Northern Mystics netball team for 2018. She is also a member of the Counties Manukau Open Women’s Touch team and the Counties Manukau U17 Girls Touch team.

The Jerome Kaino Cup is presented to a team athlete who ‘the team could just not do without.’

Dane has been an integral part of the Premier Football team for three years. He gives 110% at every practice and in every game. His blood is blue and white! He is the player, week in week out, the team could just not do without.

This cup is awarded to a leader who builds a team around them and demonstrates leadership qualities by helping others within the team to develop their skills.

Tate led a very successful Premier Girls Football team that went through the season unbeaten winning the Auckland championship, the Auckland Knock Out and the National tournament for the first time in College history.  Through good captaincy, the team continued to strive for results with their captain leading from the front.

This Award is presented to Sportsman or Sportswoman who epitomises the values identified by Mr Cole as the foundation blocks of our sports programme. ‘Respect for everyone, integrity for what we do, always deliver your best in the pursuit of excellence.’

Mitch has been at the College since Year 7. He hasn’t always been the biggest, the fastest or the leader but he has always shown respect, acted with integrity and delivered his best in the pursuit of excellence. Through demonstrating these qualities, he now leaves the College being bigger, being faster and being a leader!

This award is given to a team or individual who has achieved at the highest level and gained the results reflective of their dedication, determination and desire to succeed.

As a 17 year old, Daniel travelled to Holland to compete in the U19 age group World Triathlon Championships over the Standard Distance. Through a strong performance and sheer determination, Daniel pushed himself to become a world champion.

TEAM OF THE YEAR
The 1st Xl Girls Football Team

This team went through the season unbeaten. They won the Auckland championship, the Auckland Knock Out Championship and the National championship. They were exceptionally well coached, well managed and well led, and they never gave up in their pursuit of their first ever National title.

Bailey is the Year 8 Boys Athletic Champion having won the 100m, 200m, 300m, the long jump and the shot put, with 2nd in the discus. At the Greater Auckland Athletics he was in the 100m final.

He was 3rd overall in the Year 8 College Swimming Sports. He played in the Year 7/8 1st teams for touch, rugby and basketball. He also played in the AIMS games basketball team. At the NZCAA National Inter-Provincial competition he was national champion for the 100m and the 200m and overall best performed athlete in the 12yr old age group.

Harry was 3rd overall in the College Junior Athletics, named player of the season for the 14A Football team and also played for the 13A Knock Out Cup team. He was a member of the College Colts cricket team. Out of College he plays cricket for Auckland University Club and also plays football for Eastern Suburbs 14th grade.

Sophie was 3rd overall in the College Junior Swimming placing 1st in the 33m breast stroke, 2nd in the Medley and 3rd in the 33m butterfly and the 200m freestyle. In the College junior athletics she won the 1500m and the 3000m and placed 2nd in the 800m. She is the College Junior Cross Country champion, and the NZ triathlon, duathlon and aquathon  champion for U13 girls. She is a member of the Junior A girls cycling team which placed 3rd at Nationals. Outside of College she placed 2nd , 3rd, 2nd and 1st in the Panasonic Triathlon series and was named Counties Manukau Open Water swimmer of the year.

YEAR 10 SPORTSMAN OF THE YEAR
Will Bason

He was the captain of the U15 Rugby team. He plays in the Premier Boys Water Polo team that placed 2nd in Auckland, 2nd in the North Islands and 4th at the Nationals. Outside of College he plays both rep rugby and water polo.

Cecile was 3rd overall in the College Intermediate Athletics. At Auckland Athletics she was part of the winning 4 x 100m relay team that broke the record. As a Year 10, she plays for the Premier Girls Touch team who are Auckland champions and have qualified to compete at the Nationals, and she also plays for the Premier Girls Netball team which won the Auckland and Upper North Island Championship and placed 2nd at the Nationals. She also captained the Year 10 Netball team which placed 2nd in the Auckland competition.

Cameron is the College Intermediate Swimming champion having won the 100m freestyle, 33m breaststroke and 3m free style. He was also the College Intermediate Athletics champion winning the 800m, 400m and long jump He went on to represent the College at both the EZ and Auckland swimming and Athletics. As a Year 11, he is a valuable member of the 1st XV rugby team which won the Auckland 1 A competition, the Blues region and placed 3rd at the national top 4 competition. 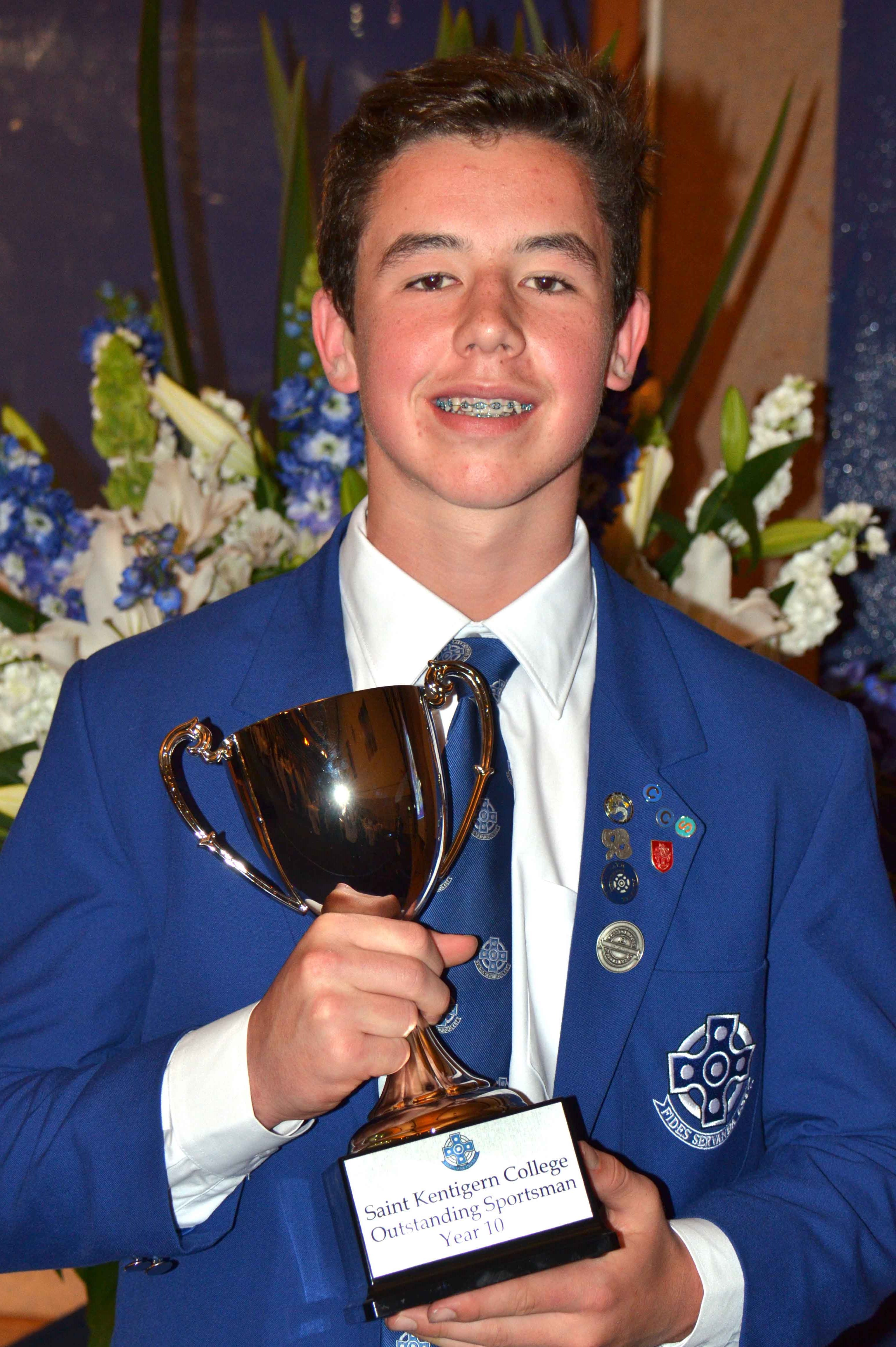 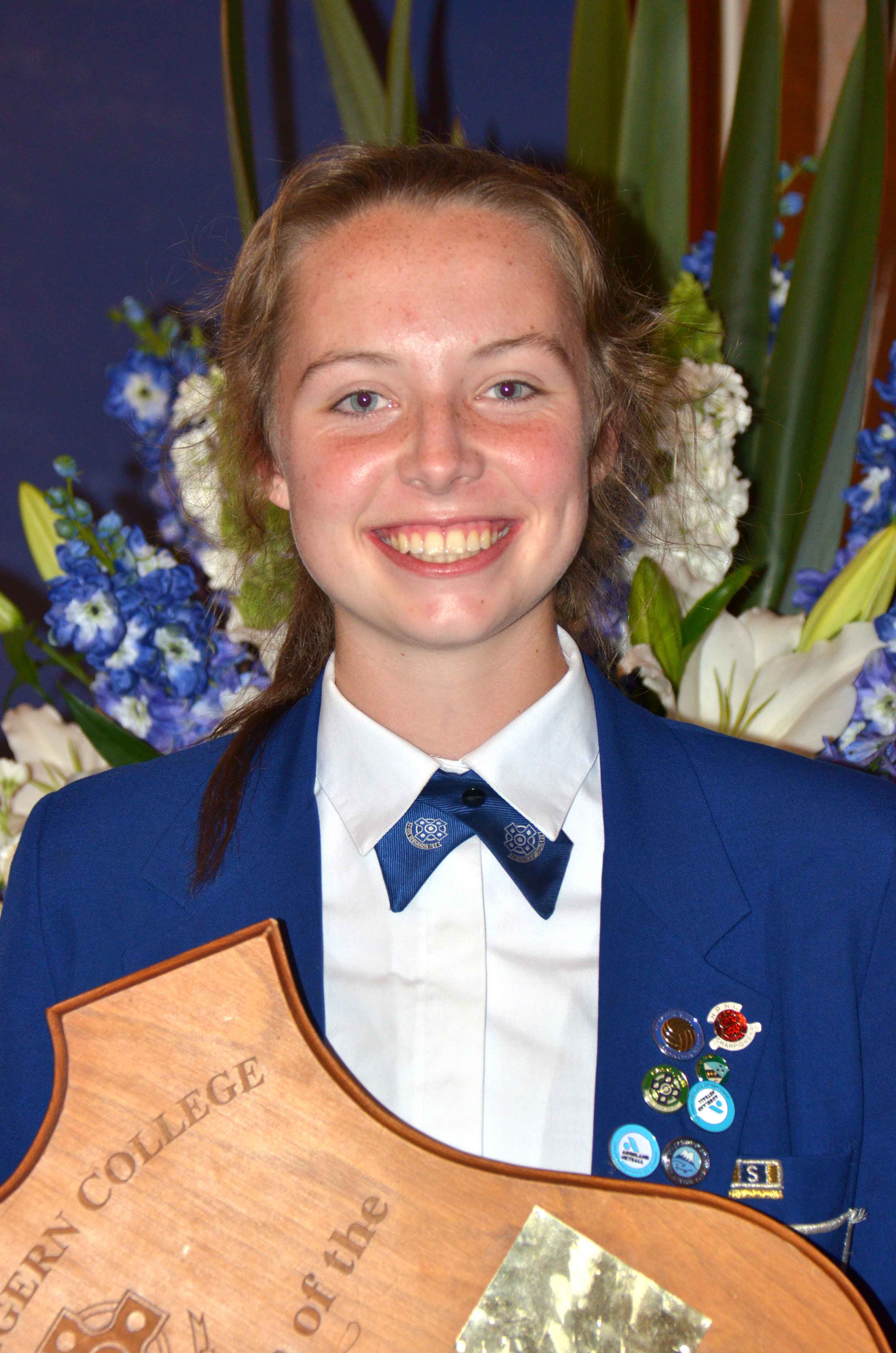 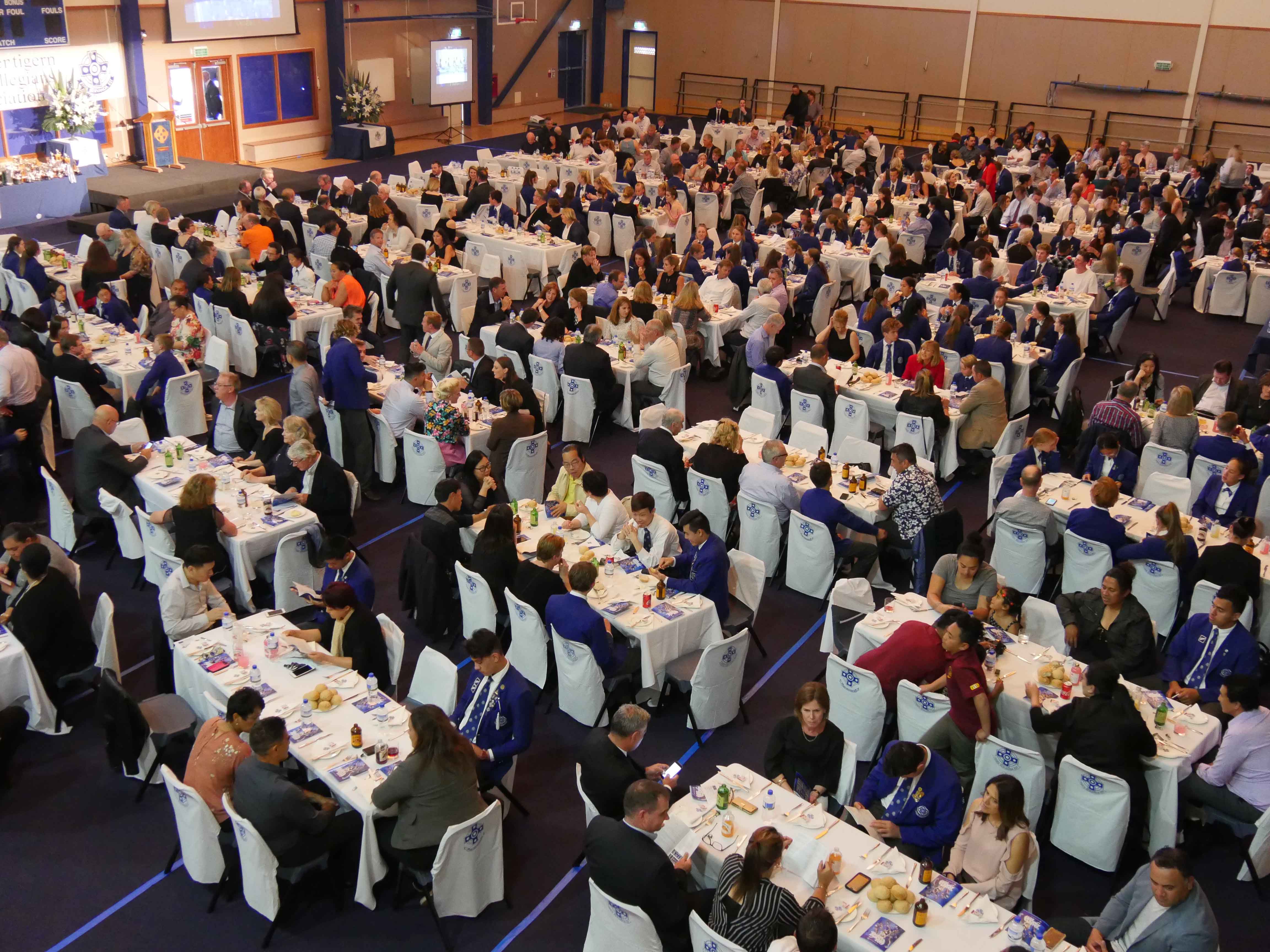 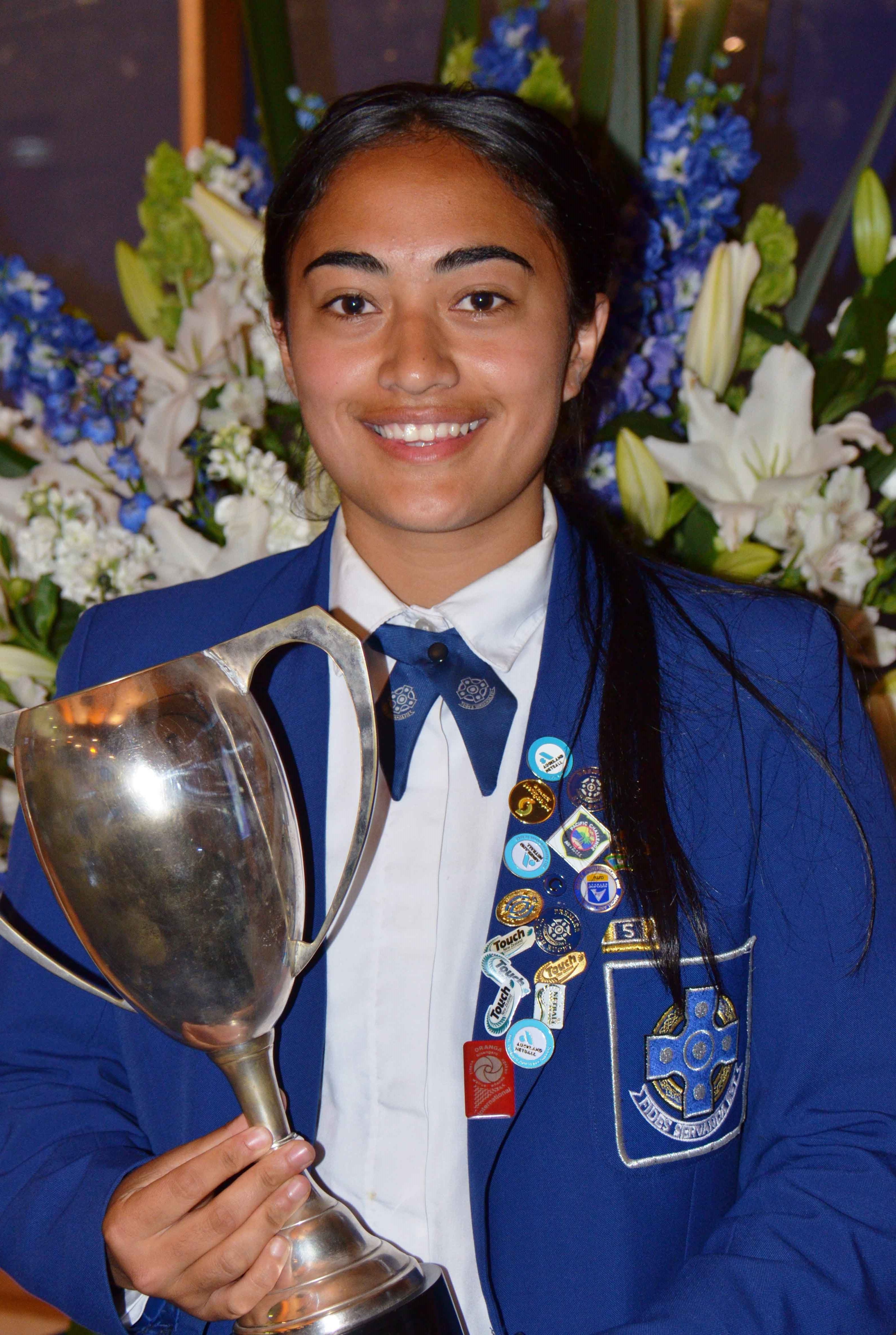 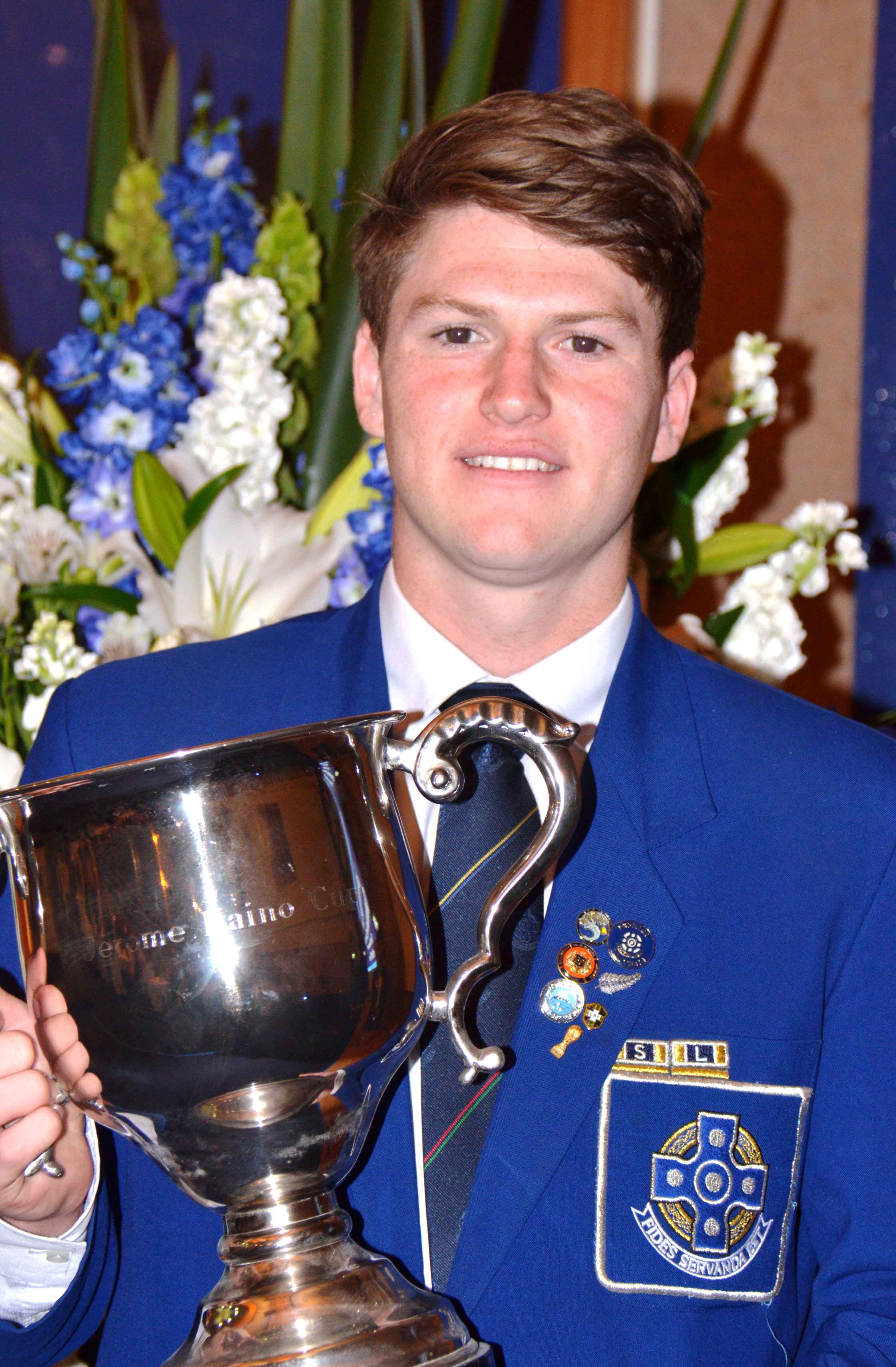 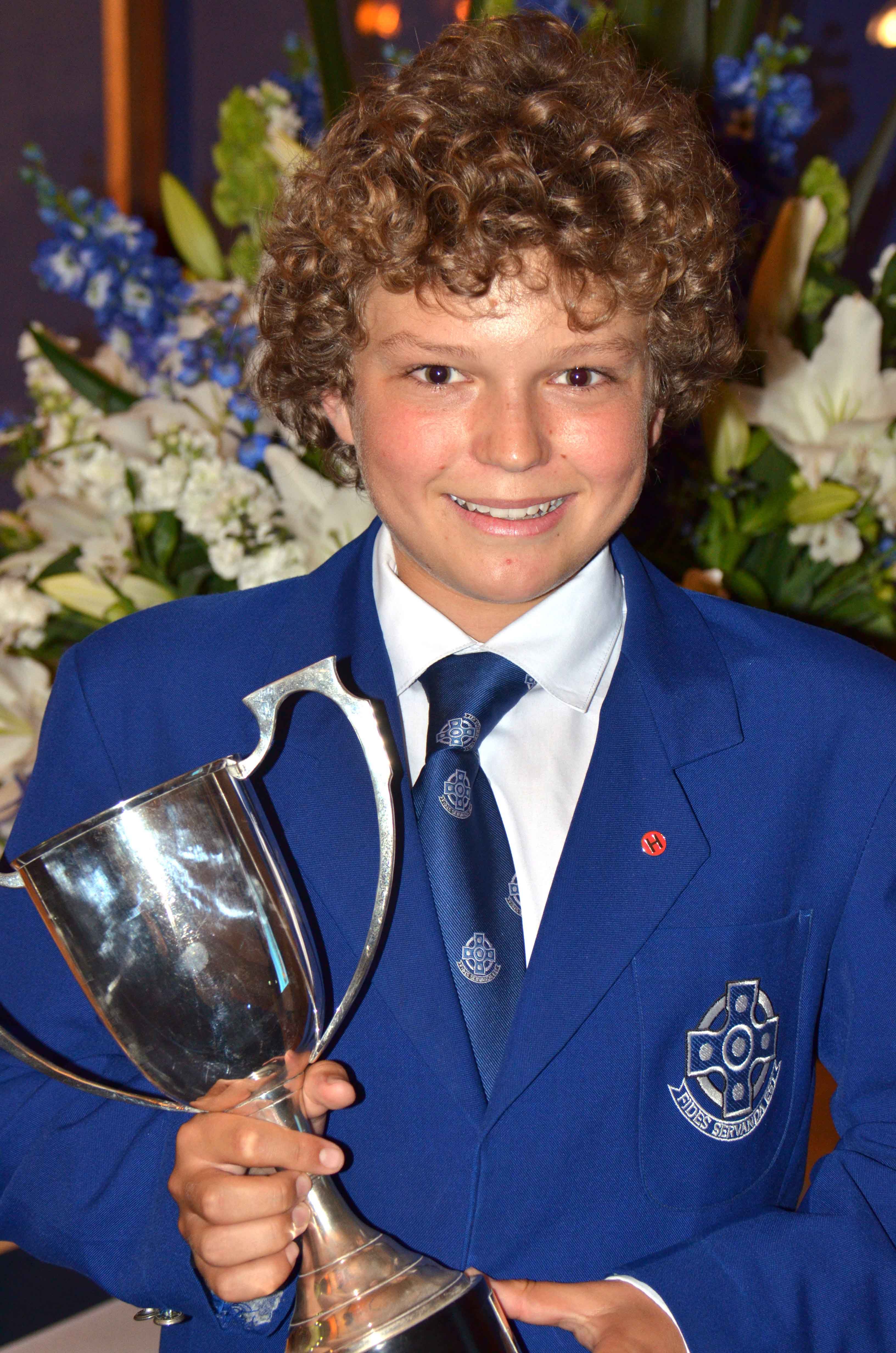