At the end of each year, the Sports Department hosts an Awards Dinner for over 500 people to honour our sporting elite. In a sporting year which featured Auckland, national and world titles, with 18 students receiving Sports Colours for being ranked in the top three individually in their sport, or making an U18 or older age group national team, and a further 33 students chosen to represent New Zealand in an international event, there was much to celebrate!

As the year draws to a close, we celebrate our second world champion and world record holder in Connor Brown, who travelled to Aigle, Switzerland where the New Zealand 4k Pursuit Team won the Junior World Championship in world record time.  Sydney Fraser (Head Girl) and Mererangi Paul have both signed professional contracts to play ANZ netball in 2017.  A number of students have been offered a sporting scholarship in the USA including Vilisi Tavui (basketball), Sophie Stewart-Hobbs (football), Shaylee Syme (tennis) and Conor Williamson (tennis).  We also have boys who have signed with provincial rugby sides and a number will pursue football scholarships or contracts.

Our sports programme is deservedly one of the most diverse and successful in New Zealand and our players, coaches and managers can be proud of the efforts they have made to maintain that competitive edge, while inspiring our students to strive for their personal best in all they do.

Two coaches in particular were singled out for acknowledgement. Mr Bruce Deegan, once an Olympic sailor, has been coaching a successful sailing programme at the College for 21 years. In that time, he coached Olympic gold medallist, NZ flag bearer at Rio and Team New Zealand member, Blair Tuke! After years of service to football, Mr Malcolm Cowie has been made the first Life Member of the New Zealand Secondary Schools Football Association.

We welcomed back Old Collegian, Mathew Ridenton to present the prizes. After leaving College, Mathew took up a professional contract with the Wellington Phoenix. He has now played 31 games for the Phoenix and has three full International caps for the All Whites.  Mathew is justifiably proud of his achievements and is thankful for the pathway created during his College years, sharing his thoughts on what inspired him to pursue sports as a professional career.

Sport at Saint Kentigern continues to offer many pathways for boys and girls, and not just through playing.  Sport also remains a vehicle to learn so many life lessons from perseverance and resilience to accepting direction, learning from mistakes, working with others and being humble in success.  More than technical and tactical skills, it offers the chance to be a better person. Every year brings a new focus and in 2017, we aim to continue to inspire students to pursue their sporting interests, to learn and grow, readying them for life beyond Saint Kentigern College.

Once the prizes were awarded, there was one more surprise. Mathew Ridenton returned to the stage to acknowledge the impact, Head of College, Mr Steve Cole has had on the growth of our sporting success and in developing professional pathways for our students. In a video that followed, Old Collegians, Albert Vete (rugby league), Amorangi Malesala (netball) and Paige Hourigan (tennis) gave heart-felt thanks to Mr Cole for all he did in support of their dreams. Amorangi said that above all else, she had learned that ‘if you want to go far in life, you have to work hard to get there.’

The 1st XV then stepped forward and gave a rousing haka in honour of Mr Cole.

DUX LUDORUM
Mererangi Paul
The Dux Ludorum is the major individual sporting award of the year and is awarded to the most outstanding sports person, girl or boy. The winner is generally an all-round sports person who has represented the College at a number of sports.

Mererangi is a true all-rounder. She was 3rd overall senior girl in the College athletics, At Eastern Zones, she was part of the 4x100m relay team that set a new Saint Kentigern record. She is a member of the Premier Touch team and was a member of the team last year when they won the National title. She will be part of the team that defends this title in December. She is the Senior Touch player of the year for 2016. She is a member of the Premier Girls Netball team who are Auckland and National champions. She was named in the Tournament team at nationals and as Player of the Tournament for Upper North Islands. She played in the New Zealand Secondary Schools Netball team and has been named in the New Zealand Open Women’s Touch team. She has signed a professional netball contract to play for the Sky City Northern Mystics in next year’s National competition.

He placed 4th in the U20 Oceania cross country. He was 3rd in the U20 Auckland secondary schools road race. He is the New Zealand U20 Duathlon champion.

GIRLS RUNNER-UP TO THE DUX LUDORUM
Tori Kolose
Tori was 1st in the senior girls 200m at the College athletics and placed 2nd in the 100m and 2nd in the 200m at the Eastern Zone athletics. She was also a member of the 4x 100m relay team which set a new College record. At the Auckland athletics she placed 3rd in the 100m and 2nd in the 200m. She is captain of the Premier girls Touch team. This team are Auckland champions and will defend their National title in December. She is also a member of the Premier Netball team. This team is the Auckland and National championship winning team. She was named in the National Tournament team.She was named in the New Zealand women’s touch team and captain of the Aotearoa Secondary Schools Touch team.

JEROME KAINO CUP
Reuben Clarke
The Kaino Cup is presented to a team athlete who ‘the team could just not do without.’ Reuben has been the best goal keeper in secondary school football for 2016. On numerous occasions he saved goals that no-one else could have saved to keep Saint Kentigern in the game. He was also a leader in marshalling the defence.

GRANT DALTON LEADERSHIP CUP
Lizzy Mudford
This cup is awarded to a leader who builds a team around them and demonstrates leadership qualities by helping others with in the team to develop their skills. Lizzy has epitomized what it means to lead a Premier side. As captain of the girls’ Premier Cycling team, she led by example, working tirelessly to motivate her team.

This award is given to a team or individual who has achieved at the highest level and gained the results reflective of their dedication, determination and desire to succeed. Connor is  our second world champion and world record holder. As a 17 year old, he travelled to Aigle Switzerland with the Junior Men’s 4km Track Pursuit team. In an outstanding final they beat the crack Danish team to not only win gold but set a new world record.

TEAM OF THE YEAR
Premier Netball team
After beating Mt Albert Grammar (MAGS) in the Auckland Championships, then losing to them at the Upper North Islands, the pressure was on at the Nationals when our girls faced MAGS again. With two of our key players down, our girls stepped up and by the slimmest of margins made a first for Saint Kentigern netball – a national title.

HEADMASTER’S AWARDS
These awards go to students who have played for the College demonstrating commitment and professionalism in their chosen code. The recipients are power houses within their premier teams and made a difference every week to the performance of the team. 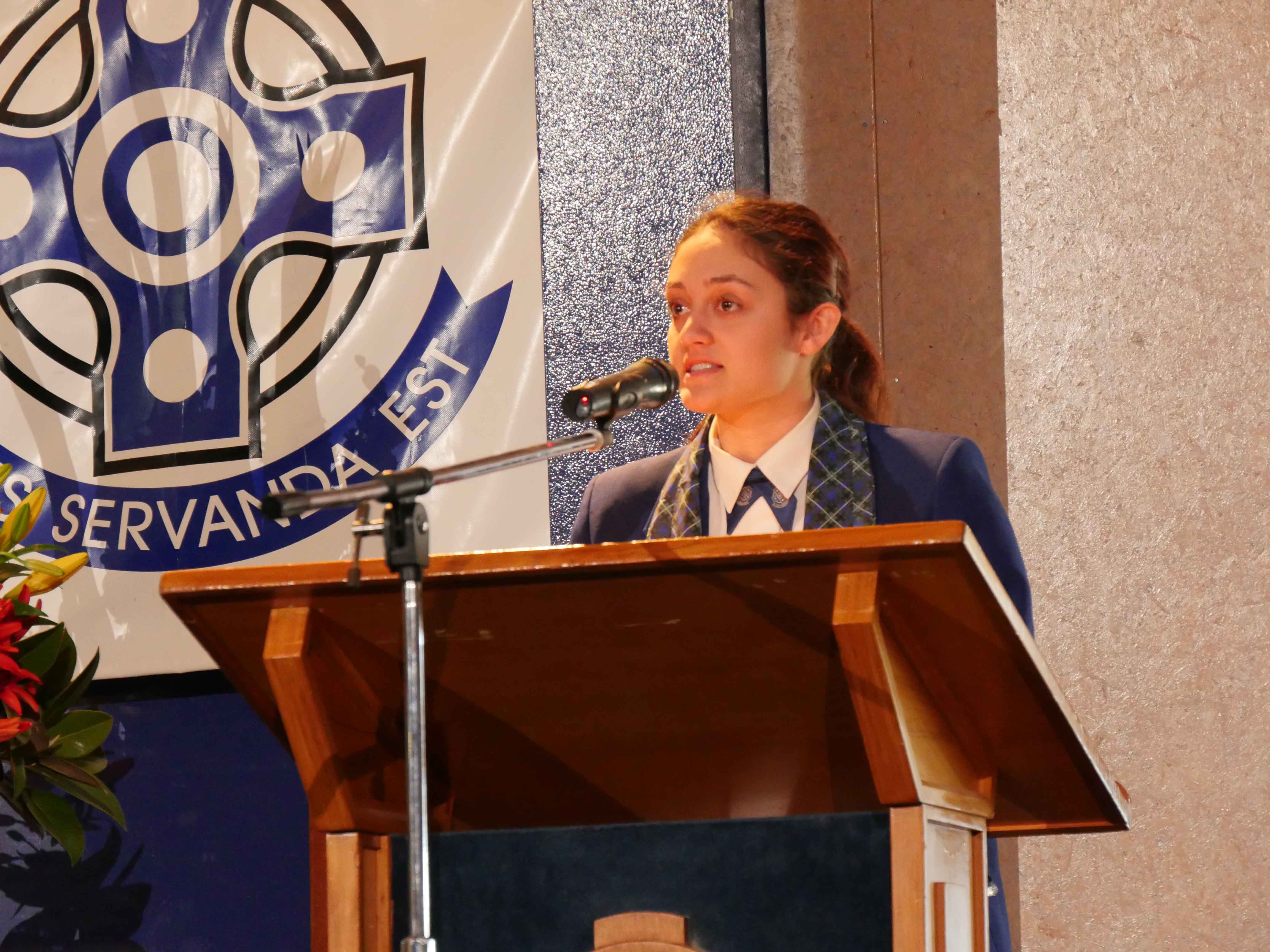 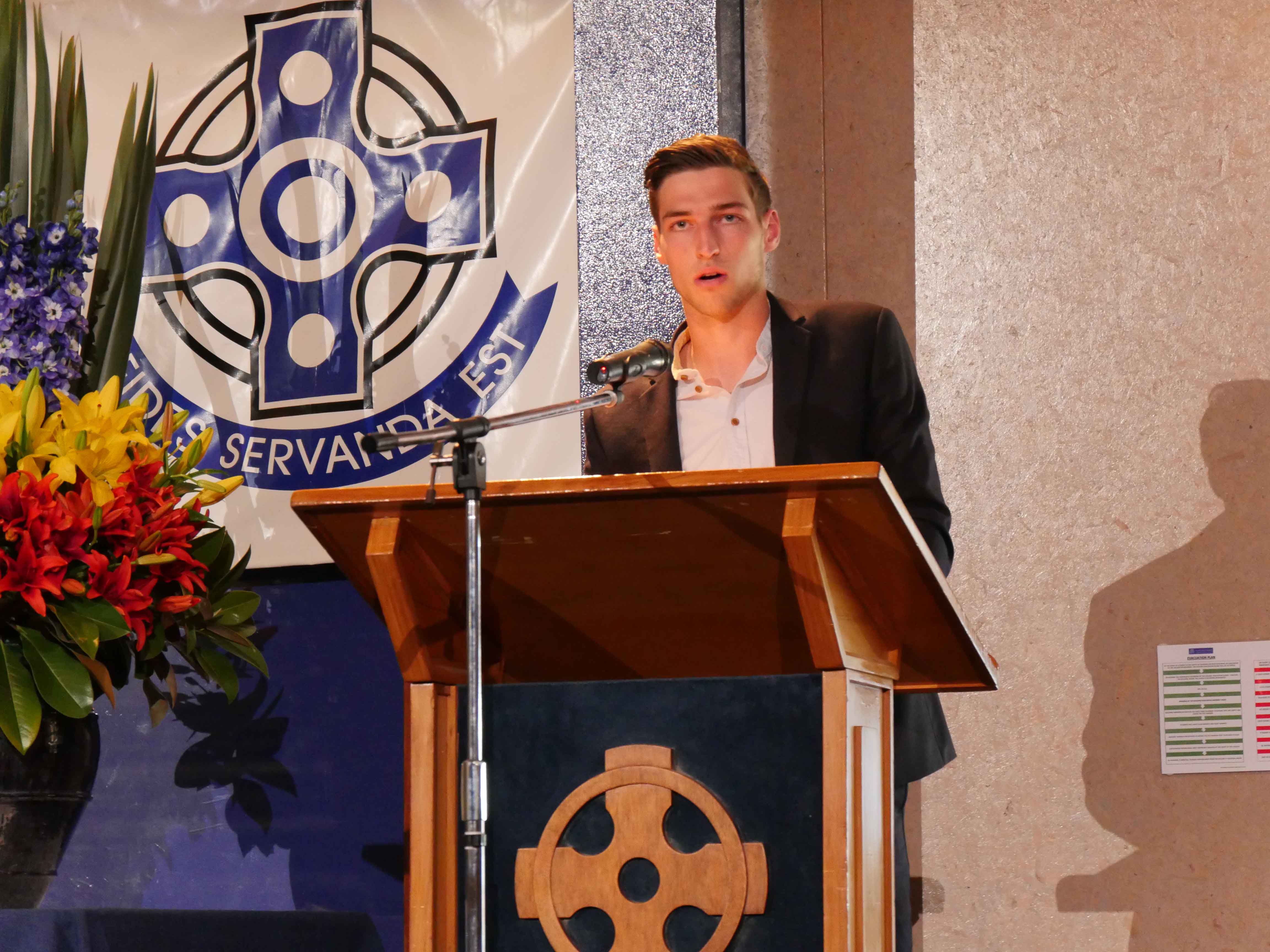 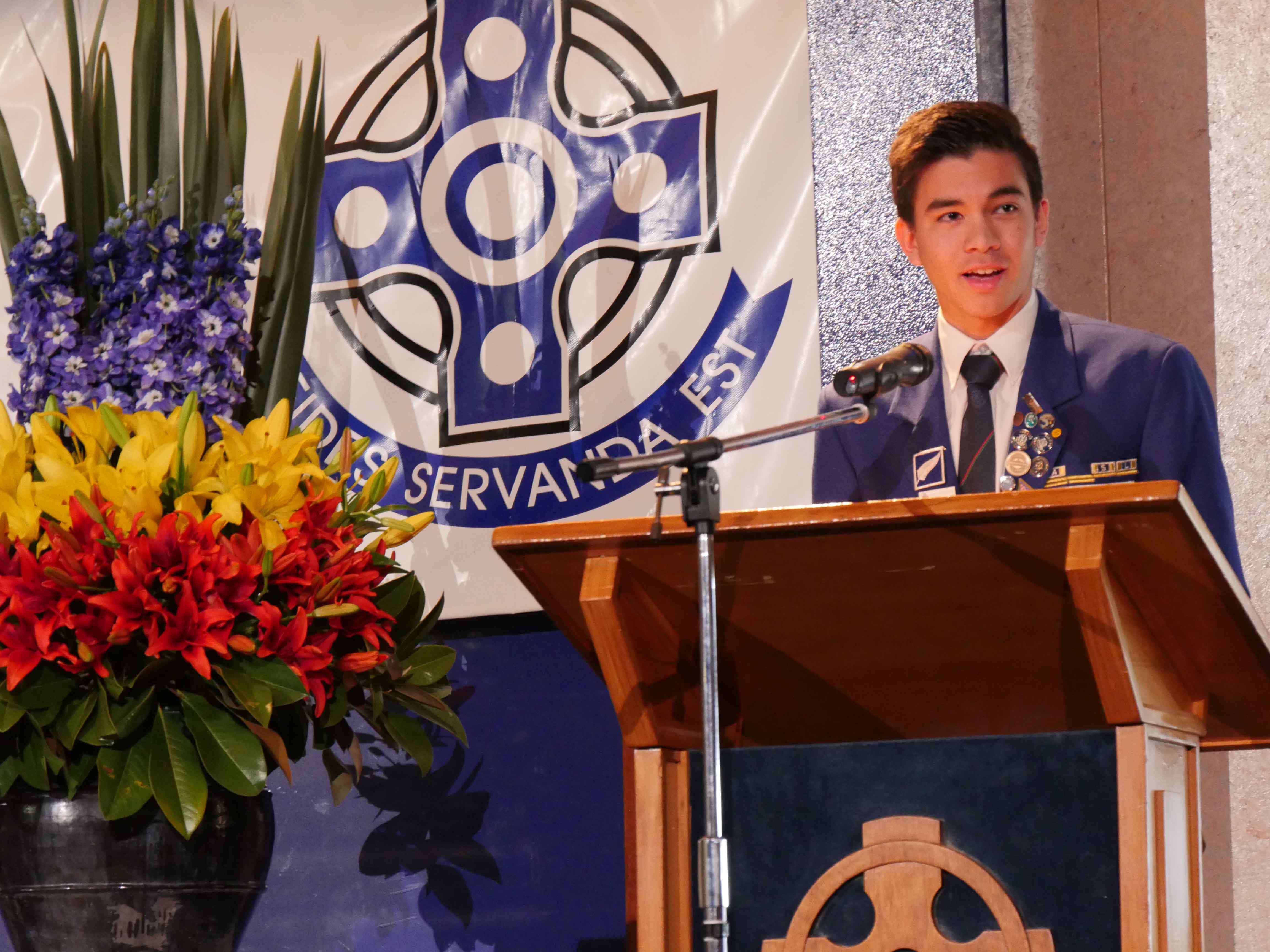 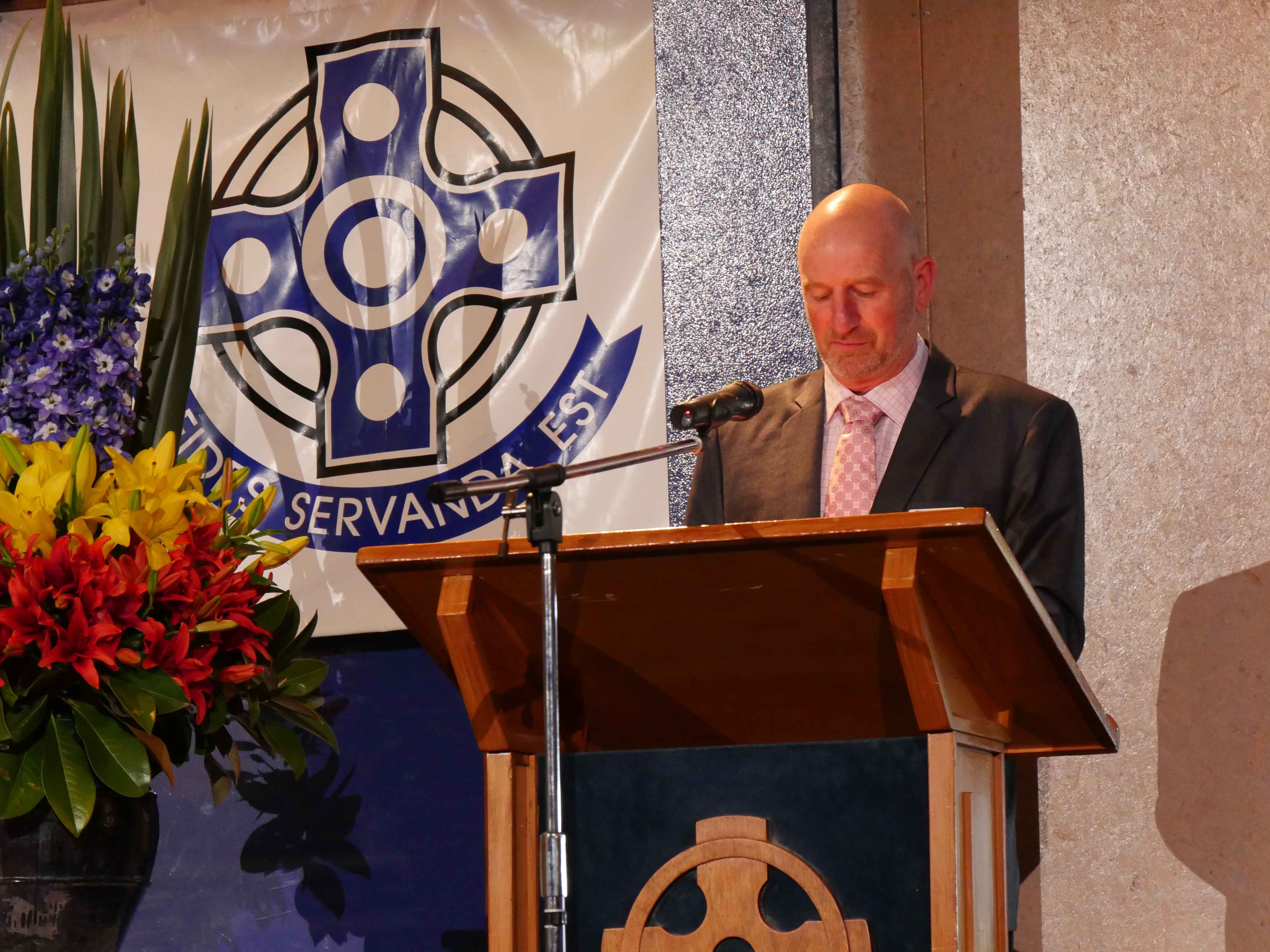 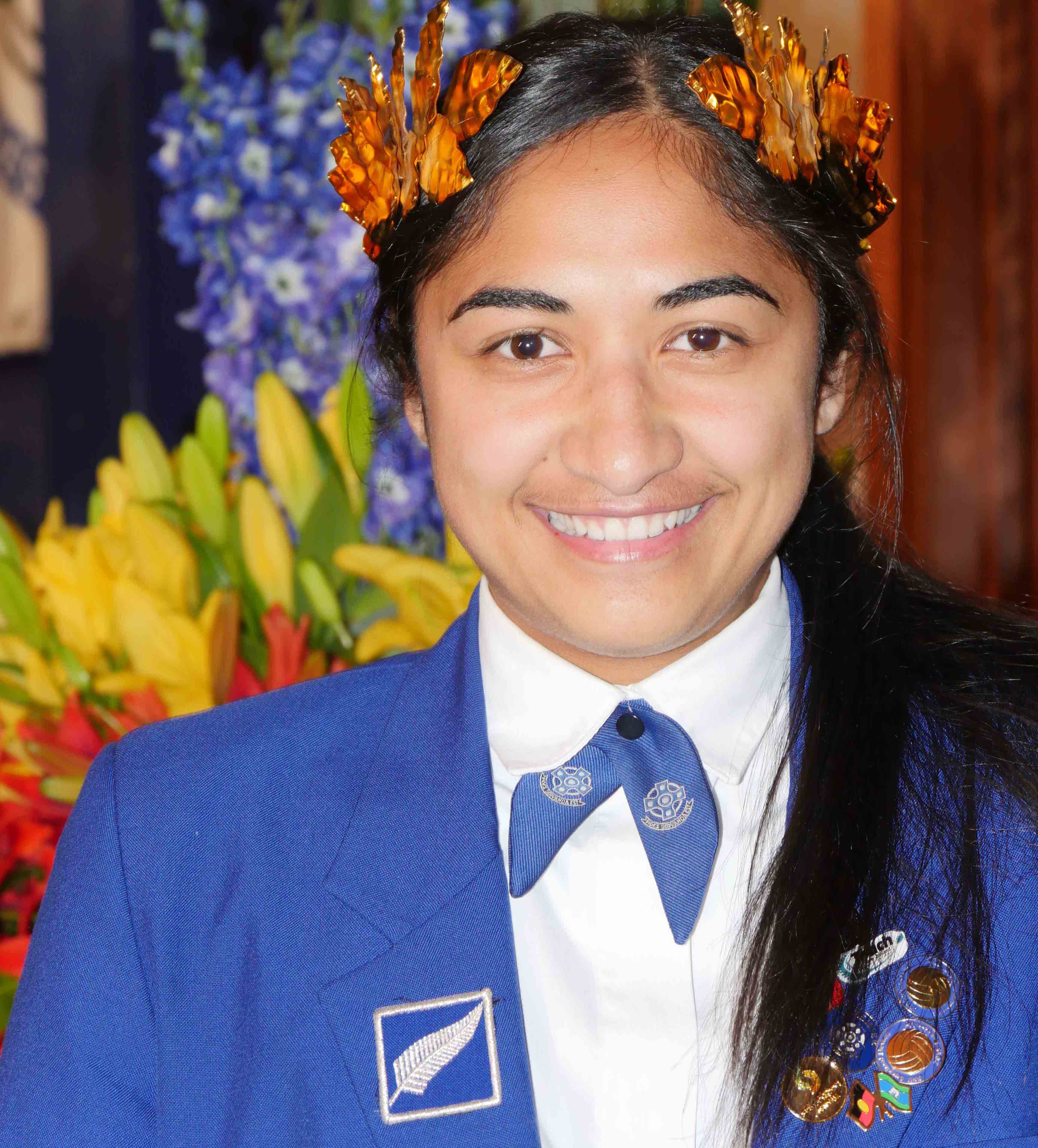 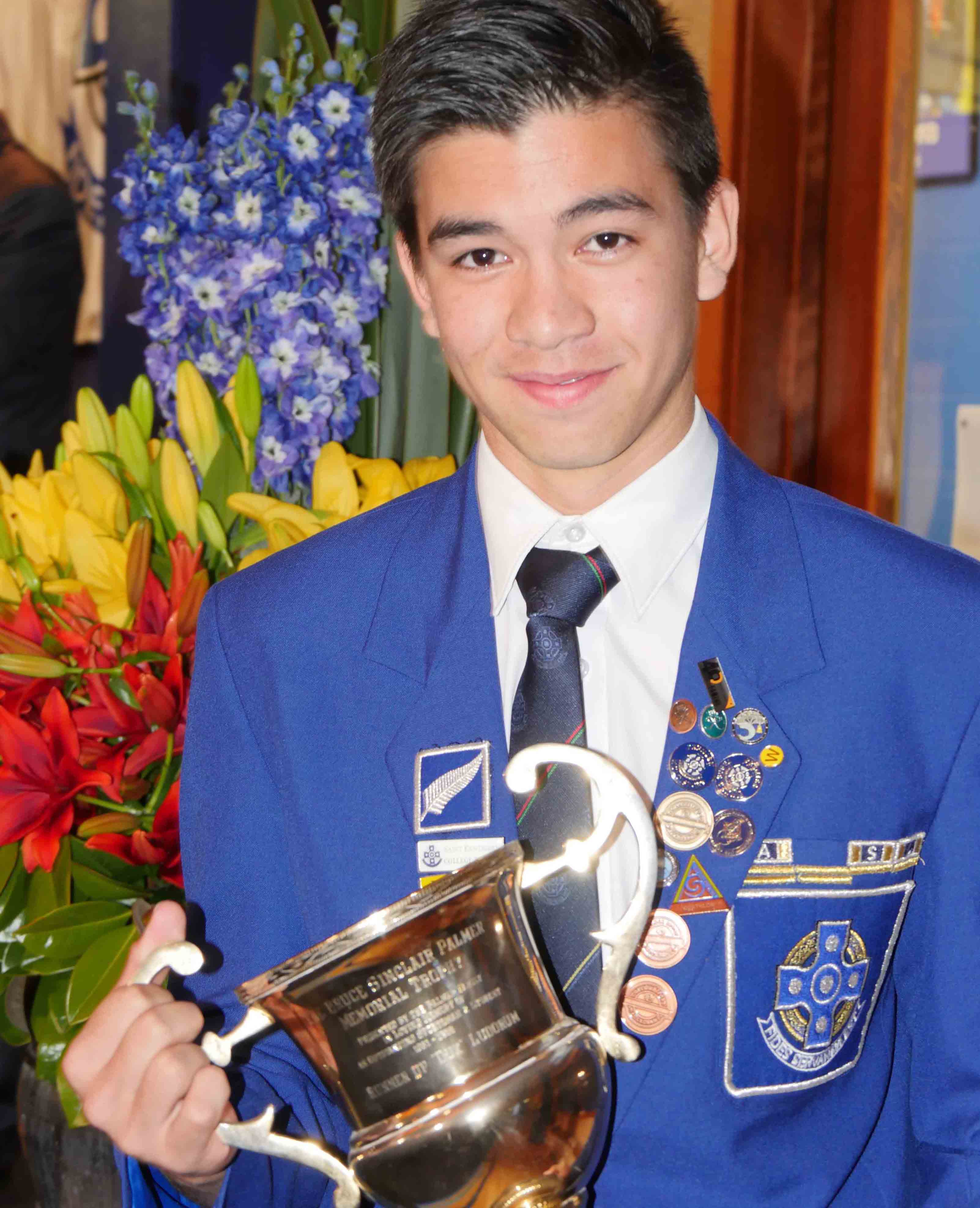 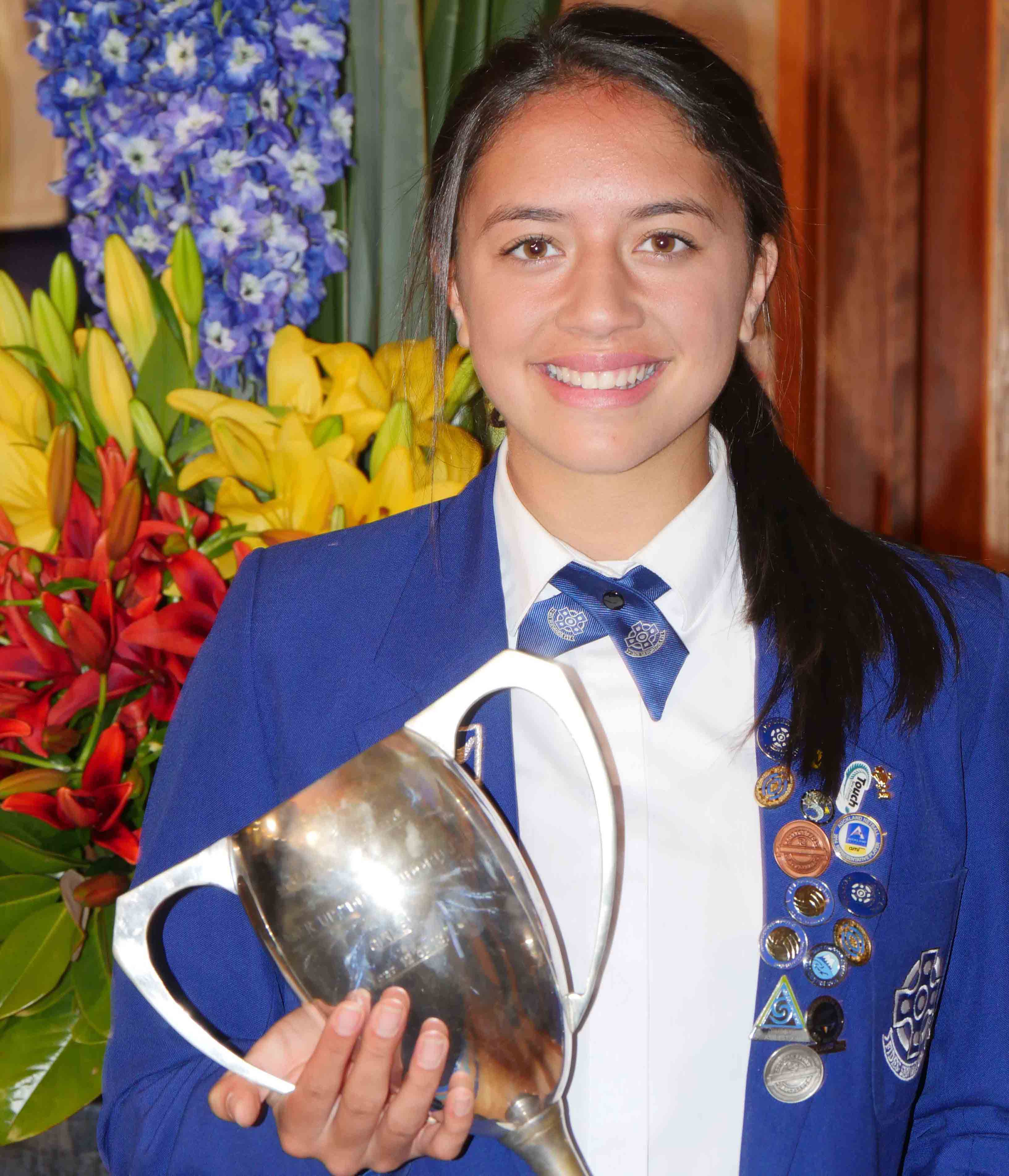 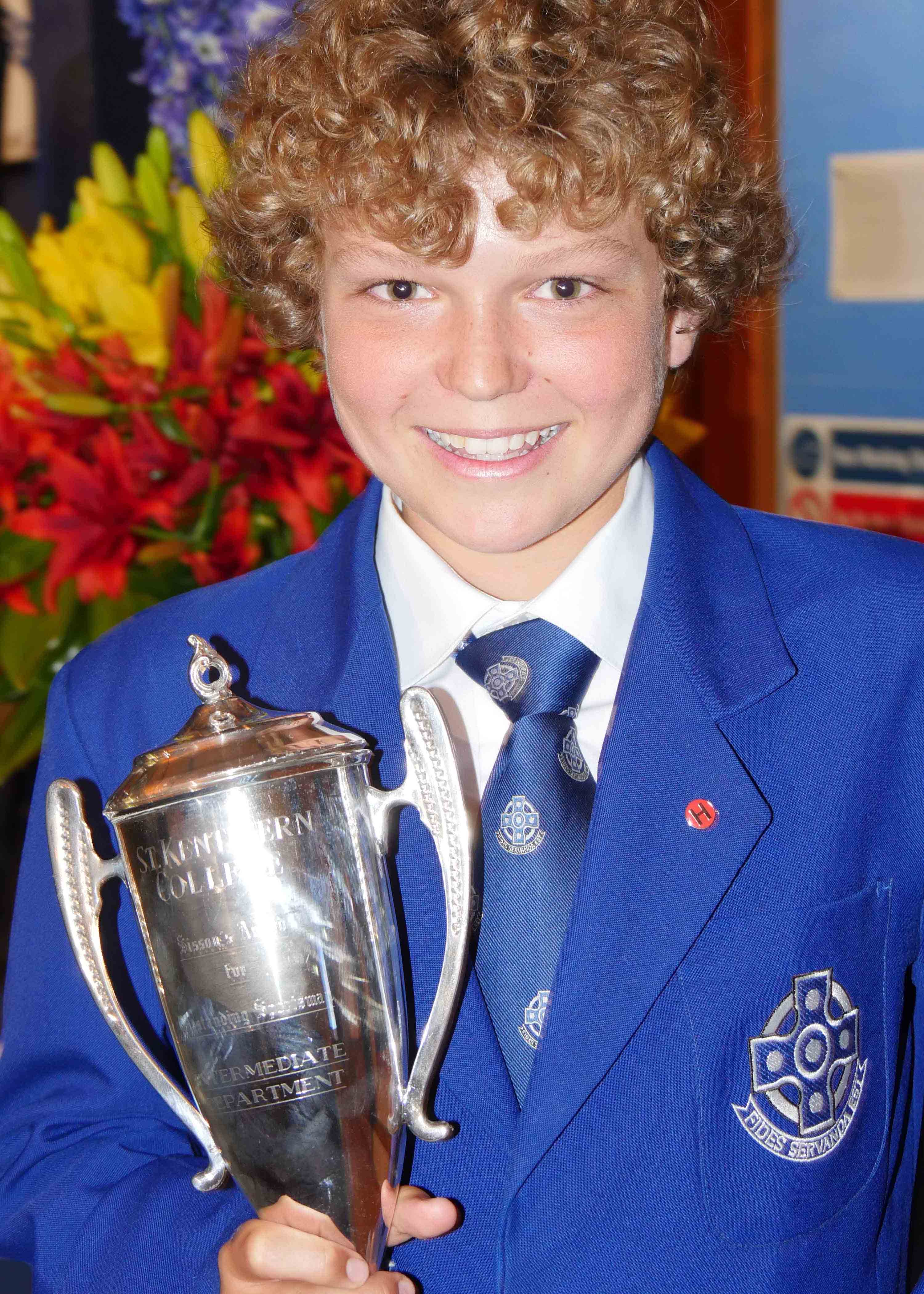 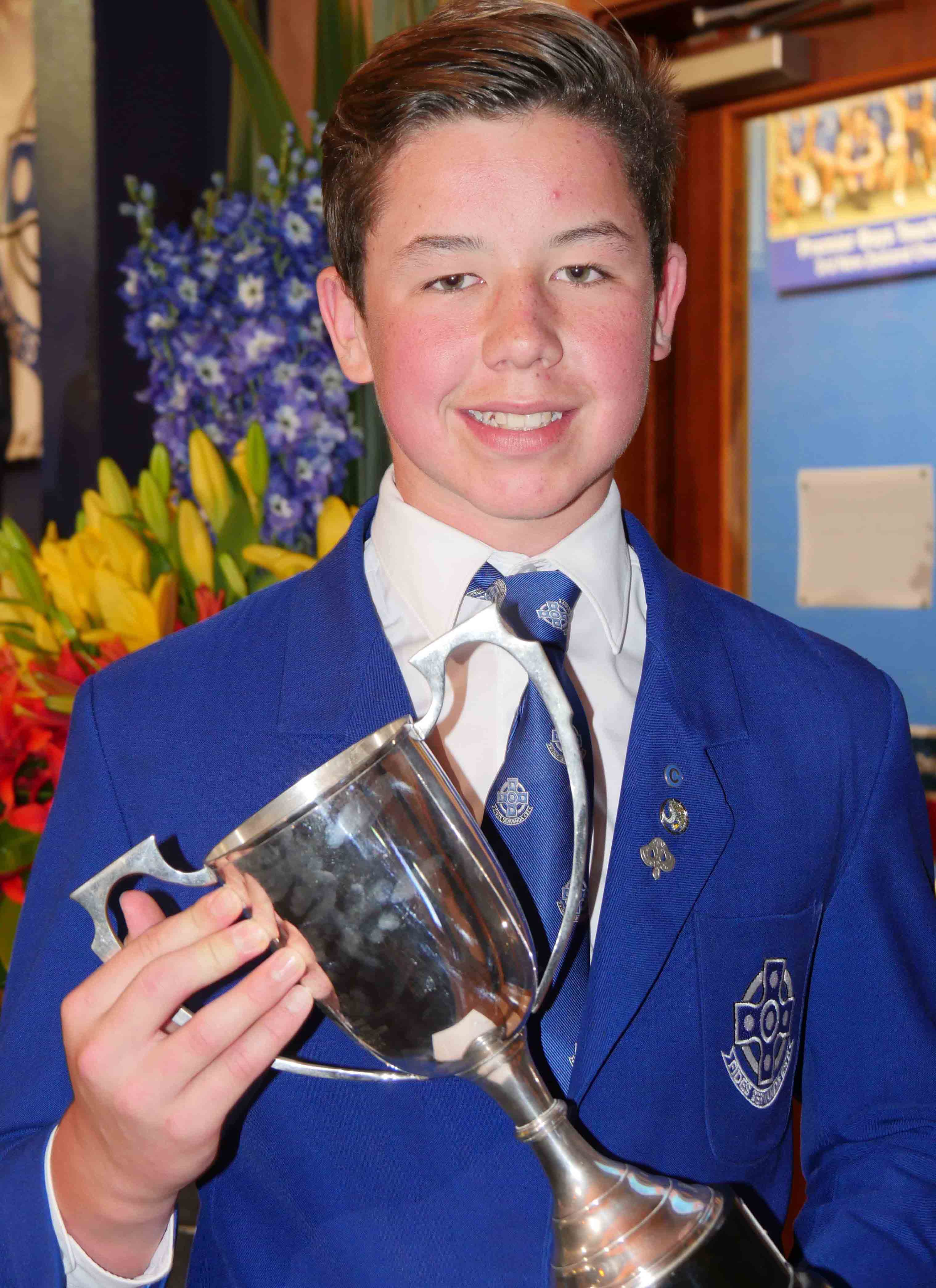 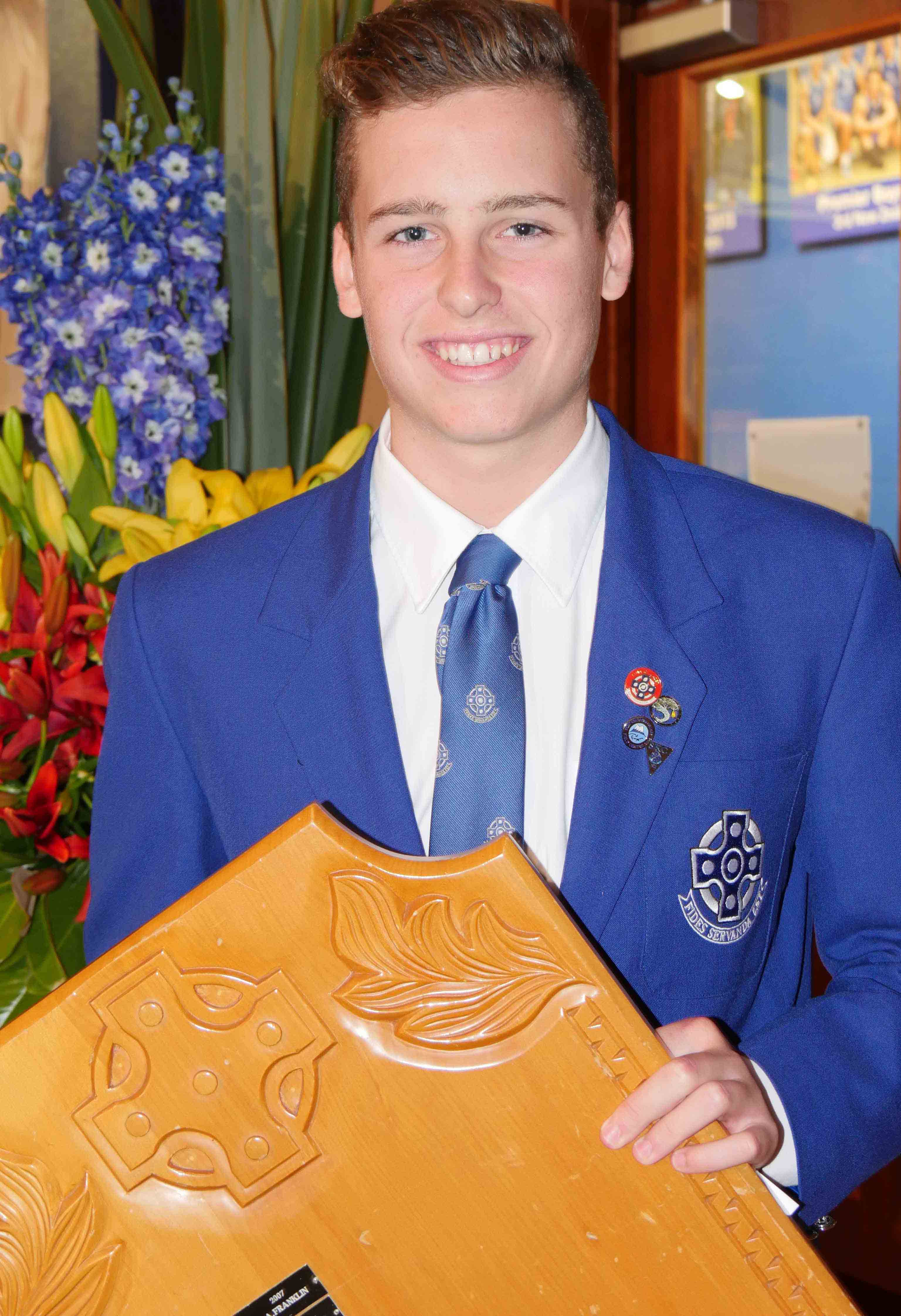