The focus of this year assembly was centred on international drug enforcement, environmental preservation, human rights abuses, sectarian violence and the Syrian crisis. There was much debate surrounding the remits which had been announced prior to the event. While delegates listened to remit speeches, a note passing system was in place allowing nations to negotiate and form alliances. These alliances were well tested on the first day as delegates headed off to ‘Block Meetings’ to elect leaders to represent each of the world’s major regions.

Our delegates are all noted for their sound public speaking skills and the College received a number of awards at the conclusion of the conference including: Belgium for ‘Best in Role for the Europe Bloc’ and Lithuania for ‘Best Contribution to the Security Council’. Cambodia was also awarded ‘Most Entertaining Team’ for the series of highly engaging musical performances they gave as they took to the stage to debate their selected remits!

The students offer their special thanks to Mrs Anitelea for her on-going support of this event. Her role in organising the Saint Kentigern delegations and coming to support us over the weekend was much appreciated.

With thanks to student reporter, Hamish Clark. 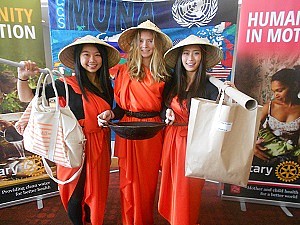 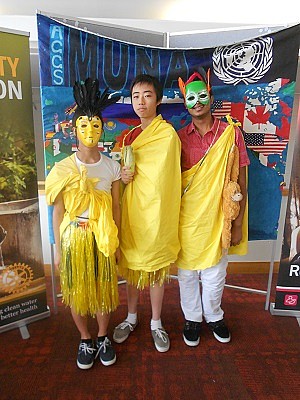