Good luck to Year 13 student, James Fouché who has been named in the New Zealand U19 Team for the World Road Cycling Championships! James is one of a six-strong team that also includes former College student Mikayla Harvey.

‘It is a strong team across the men and the women and we expect good performances,’ says Cycling New Zealand High Performance Athlete Development Manager, Graeme Hunn. ‘They have all shown consistency at domestic events, and internationally at the Oceania and Australian Championships.’

James is captain of the Premier Cycling Team at the College and was runner-up in the Time Trial at the NZ and Australia National Championships.

At last year’s North Island Secondary School Championships, he put on a masterful display of overall ability in the U17 boys’ division. James won all three races – individual time trial, hill climb and criterium – to prevail by 73 points on general classification (GC).

In the time trial (TT) along Dunkirk Road and Riverside Ave in Panmure, he broke the existing record by nearly eight seconds, finishing in 11m 9.48s. The hill climb was contested up Mt Wellington, with James narrowly edging the second-best rider by 0.04 seconds. The following day, he blitzed the field in the criterium in East Tamaki, leading for the final six laps of the 10-lap race to win by a comfortable margin.

The World Road Cycling Championships are being held in Virginia, USA, next month. All the best, James! 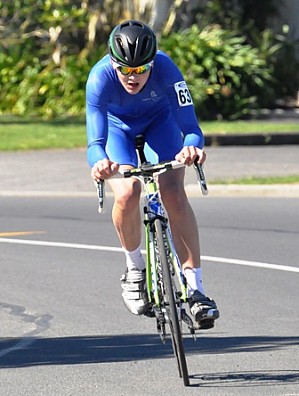 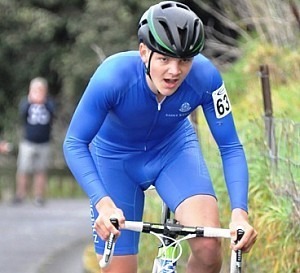