Due to the earlier timing of this year’s Auckland KBB Festival and other compounding factors – notably the staging of Othello in Elliot Hall – this year’s pre-competition Music Showcase was moved to the Vodafone Theatre in Manukau which proved to be a fantastic venue acoustically for our big performance groups. As well as superb sound, this large professional performance space allowed for the stage to be reconfigured quickly as the different groups moved on and off.

During Terms 2 and 3 each year, the Music Department hits top gear as they prepare for the Auckland KBB Music Festival. The Festival taking place this week at the two Westlake Schools showcases the best in secondary school orchestras, concert bands and stage bands in Auckland and this year will include 134 groups taking part from more than 50 schools across the greater Auckland region.

The skills required to play in our large performance groups require personal dedication. With time spent in both individual practice and group rehearsal, the players develop their musical understanding as they listen to, and work with, other musicians and their musical directors.

There are a large number of students at the College who take advantage of the itinerant music programme to learn an instrument. As Head of Music, Mr Ross Gerritsen explained, in any one year there can be upwards of 35 students learning the saxophone but with only 5 or 6 spots in the top performance groups, there is tough competition to be selected. At the start of each year, it takes time to assimilate the new players but with two terms of rehearsal behind them, they were at peak performance at Friday night’s concert.

From jazz and blues by the Stage Band, to Bach, Mozart and Brahms from the Chamber and Symphony Orchestra; Lennon/McCartney from the Concert Band; and music from the recent movie soundtrack, Frozen, from the Sinfonia, there was a range of music to please all.

The Showcase was an evening that recognised the quality of performance and the audience could not help but come away invigorated by the musicianship and exuberance of our talented musicians!

KBB Music Festival
The students would welcome your support at the Festival. Each group is on stage for approximately 20 minutes.

MUSIC AT SAINT KENTIGERN COLLEGE
The Music Department offers a diverse range of musical opportunities for students of all ages at the College. The curricular and co-curricular music programmes are well resourced and students have access to a purpose built Music Centre which boasts a central rehearsal auditorium, three large ensemble rooms, a keyboard lab, two classrooms and nine sound proof studios, each with its own piano. There are 13 pianos in the department including a Kawai K5 Grand Piano in the atrium.

Students study a core course in music in Year 7/8 and can take music as an option from Year 9. Every student taking senior music is provided with a copy of the latest version of ‘Sibelius’ to use for composition, arrangement and instrumentation tasks. The large number of students who play musical instruments to a high level provides examination students with outstanding group performance opportunities.

The College has a well resourced itinerant music programme offering students lessons on a wide range of instruments as well as vocal lessons. There are a number of grants offered in the Middle School to pay for the first ten lessons on specific, less commonly played instruments such as the bassoon, cello and tuba.

As a result of the strong teaching programme, the College has a large and varied number of instrumental groups and ensembles that both perform and compete throughout the College year. 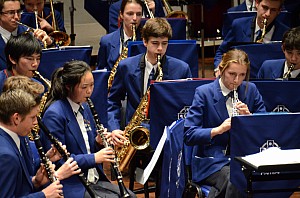 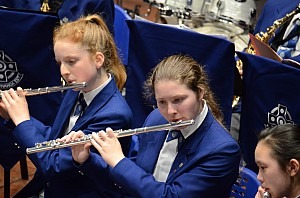 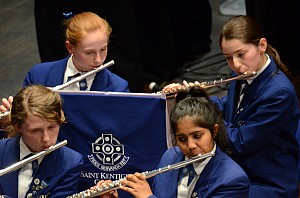 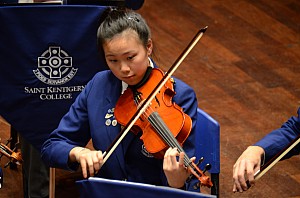 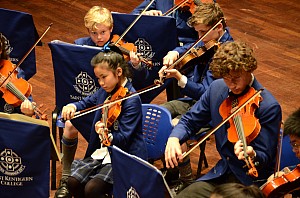 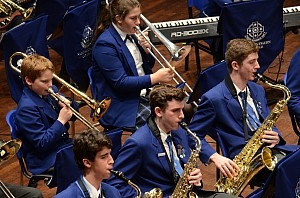 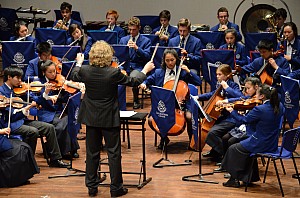