On the final day of the College year, the Sports Centre was packed to capacity as family, friends and special invited guests gathered with our students in Years 7-10 to celebrate their academic, sporting and cultural successes at the Middle School Prizegiving.

The official party of College leaders, Trust Board members and teaching staff were piped in by Jack Frewin, followed by the College Sinfonia, comprising our Middle School musicians, accompanying the National Anthem.

In recognition of excellence, effort, diligence and achievement, the top students in each age group came forward to collect their prizes from Trust Board members, Dr Bruce Goodfellow and Mr Alan Burton, with Head of Middle School, Mr McQueen, and Head of College, Mr Steve Cole awarding the ‘special’ prizes in each age group.

Special cups were awarded to Maddison Clarke for the ‘All-Round’ girl and Benjamin Shepherd as the ‘All-Round’ boy. These two students have been fully committed to all aspects of College life. The top honours of the morning went to Isobel Merrie as Dux of the Middle School, a student who has attained significant academic achievement.

At the conclusion of the formalities, the Second Pipe Band finished the year in our traditional manner by ‘Beating the Retreat’ from the bridge.

Our congratulations to all our award winners and especially to Isobel!

DUX OF THE MIDDLE SCHOOL
ISOBEL MERRIE
Isobel Merrie has the honour of being awarded the Dux of Middle School for 2016. Isobel has consistently achieved Excellence or Excellence Plus in her subjects. She has had outstanding results for both Year 11 Cambridge Mathematics and Year 11 Music in Year 10 and has been commended for her Latin, Social Studies and Spanish success.

As an all-rounder, she has excelled this year both academically and in her co-curricular activities. She has found success in the Duke of Edinburgh Bronze Award; Middle School Production Cast and Chorus for ‘Joseph and the Technicolour Dream Coat’; is a member of Kentoris Choir which placed first at this year’s Big Sing competition and rows for the U15. Isobel’s leadership skills have been demonstrated through her role as a Middle School Student Leader.

Isobel is a fine leader and Daughter of Kentigern with a commitment to strive to achieve at the highest level. Her ability to immerse herself with a passion in all areas of learning is a testament to her maturity.


THE J.E.H KURURANGI CUP
FOR THE YEAR 10 BOY SHOWING ALL ROUND ABILITY
BENJAMIN SHEPHERD
Benjamin demonstrates all the attributes of a well-rounded student and has shown a great capacity to embrace all the College has to offer. His discipline and determination towards his studies have led to excellent grades across all his subjects including outstanding results in Year 10 English and Year 11 Cambridge Mathematics. His leadership skills have been demonstrated through his role as a Middle School Leader.

He has also participated in the Duke of Edinburgh Bronze Award.

THE BIRCH CUP
FOR THE YEAR 10 GIRL SHOWING ALL ROUND ABILITY
MADDISON CLARKE
Maddison strives for excellence in an impressive range of academic, sports and cultural endeavours.

She is a well-rounded and successful student largely due to her perseverance, hard work and dedication to every challenge she sets her sight on. She has had outstanding results is Year 10 English and Year 10 Social Studies, attaining Excellence. Her leadership skills have been demonstrated through her role as a Middle School Leader. 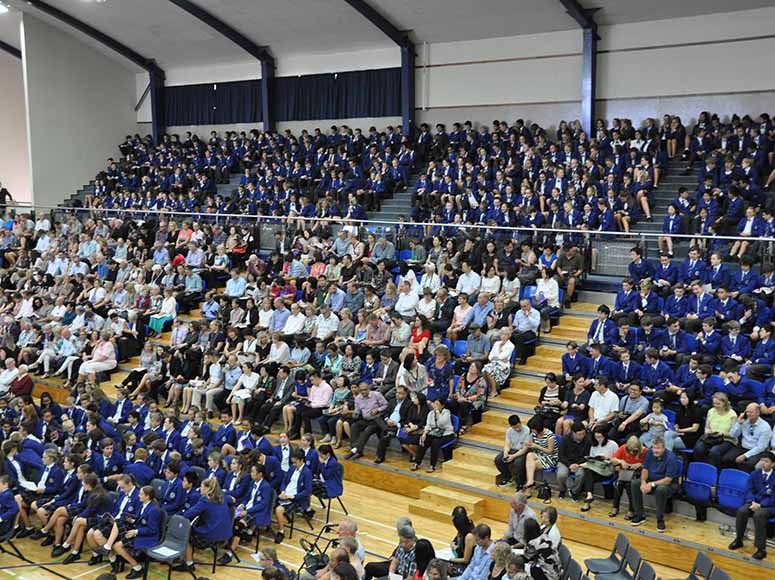 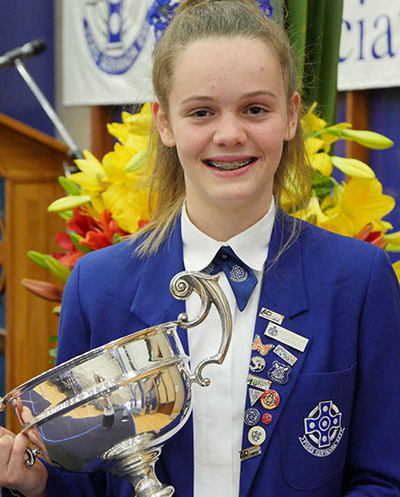 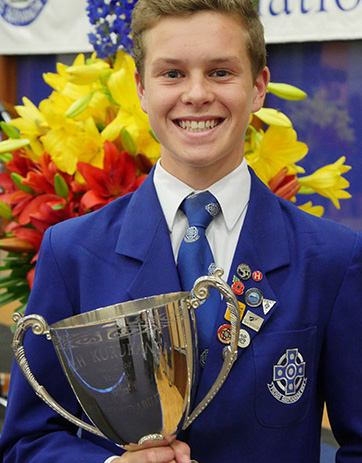 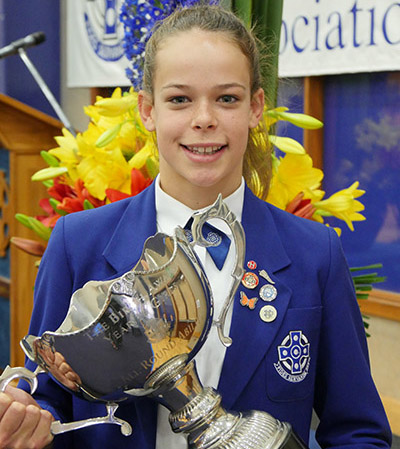