The intimate setting of the Music Centre once again provided the perfect location for an evening of Jazz ‘cafe’ style. This year our own Year 10 Food Technology ‘up and coming baristas’ lived up to their trade name ‘No Pressure’ and  worked calmly all evening to keep the espresso coffee flowing.

Last year served up cupcakes, this year’s café offering almost upstaged the music!  A large fountain of liquid chocolate and mountains of fresh fruit, profiteroles and marshmallows proved a strong magnet all evening and not just for the students!  One parent remarked he wished he had his swimmers so he could dive right in! There was a steady stream back and forth to the fountain all night whilst the music played on.

Our Stage Band and Jazz Bands were relaxed and gave polished performances. For the Stage Band, this was the chance for one last rehearsal before their upcoming KBB competition. Year 13 student, Denelle Bhagwandhin is a seasoned performer who already has a record deal with Ellamy Studios. He has just launched his debut album 'Verse One' with 10 album tracks written and composed himself.

Music department teachers, Mr Lachlan Craig and Mr Kris Holmes both took to the stage with their own music groups; Lachlan’s group performing acapella and Kris taking the vocal lead on a blues session.

The major draw card for the evening (after the chocolate!) was guest musician, Midge Marsden, returning for a second year. At 68, Midge told the students that he was there to prove that even when ‘you’re old’ you can still sing and deliver up a good serving of blues! He was full of praise for our student performers.  Midge, once again, introduced this year’s audience to a well-recognised, but maybe little understood instrument - the harmonica. There was much to be learnt from the history of this simple instrument when hearing tales of its origins in the freedom music of early Afro-Americans who imitated sounds such as the haunting rhythm of the steam trains rather than focussing on melody.

All in all, this was a most enjoyable and professionally presented evening of jazz and blues...not forgetting chocolate and coffee! 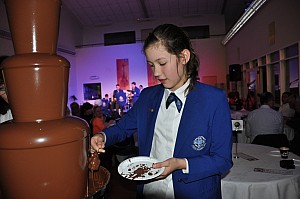 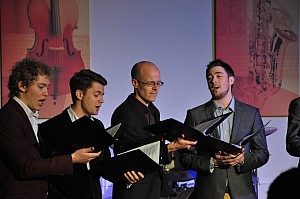 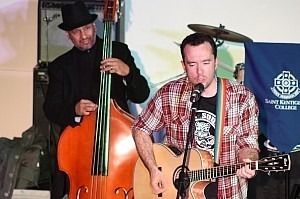 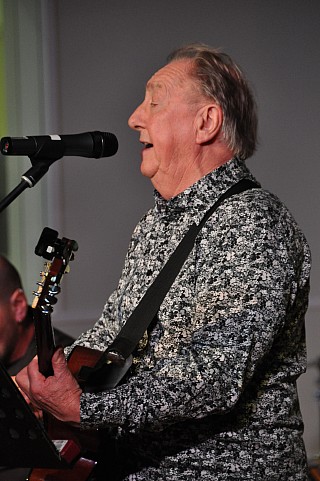 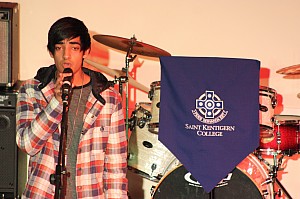 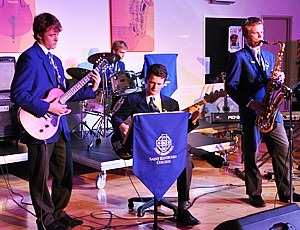