On the eve of the concert, ticket numbers sold had already reached over 1000, showing just how popular this House event is on the College calendar. Now situated at the larger venue of the Vodafone Pacific Events Centre in Manukau, the arena allows for even greater student involvement and plenty of room for family and friends to experience a night of fabulous entertainment.

Fully student organised and directed, each year the four College Houses – Cargill, Chalmers, Wishart and Hamilton, along with the boarding house Bruce House, compete for the title of House Music Champion. Each House presents a choir of between 150 and 200 students as well as a small music ensemble, usually a band. The ten groups perform to a panel of judges to determine the House Choir, House Ensemble and Overall Winner who receives the coveted House Music Cup. Wrap all of these ingredients up with the hilarious Billy T Award winning comedienne, Jan Maree presenting the show, and you’ve got a sure-fire recipe for a fantastic night of community fun!

MC for the evening, Jan Maree, welcomed the judges - well-known New Zealand entertainer, Jackie Clark and Head of Music at King’s College, Mr Paul West who had the tough job of picking the winners.

Mixing it up this year, the song list for the choirs and ensembles included some old favourites, an assortment of chart pop, R&B, dance music and a few mash ups and medleys. Dressed in their House colours, the arena was buzzing with excitement and anticipation as the students added the final touches to their costumes before it was their turn in the spotlight.

The choirs, with up to 200 a piece, all put their best collective performance forward and the prefects did an outstanding job in leading from the stage. Opening the concert for the evening was Cargill’s House Choir who sang, ‘Eye of the Tiger’ by Survivor, which was followed by Chalmers singing another foot-tapping classic, ‘Footloose’ by Kenny Logins.

Several of the ensembles successfully managed the ‘wow factor’ to their singing and musician talent with amusing skits and surprise elements added to their shows! Cargill’s Rock Band, led by the talented Joseph Bradshaw as Bruno Mars, sang ‘Runaway Baby’ and he put on a very convincing rendition of the superstar! As did Chalmers House band who accomplished the mash up of ‘Say Something’ by A Great Big World and Christina Aguilera and got the students to their feet with ‘Little Talks’ by of Monsters and Men.

At the end of the student acts, Jan Maree expressed how impressed she was with the high calibre of the evening’s shows. Having been a professional comedienne for over 20 years, she encouraged the students not to give up performing once they finish College. She said having the ability to entertain and transport people to a place of happiness and lightness, wherever they are in their life, is an amazing gift and is the true essence of performing. Her message was that if you are passionate, work hard and are prepared not to give up, you can earn a living doing what you love.

The final act for the evening saw Music and House staff take to the stage to perform a collective version of Leonard Cohen’s ‘Hallelujah’, with Mr Ross Gerritsen on lead vocals. Upon inviting the students to come up to the front of the stage, Mr Gerritsen and his band broke out into a surprise act of Miley Cyrus’ ‘Wrecking Ball’, much to the delight of the young crowd! 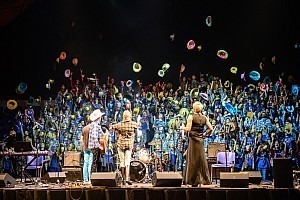 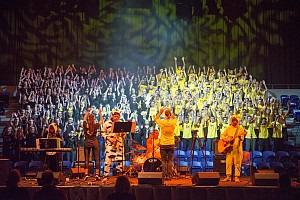 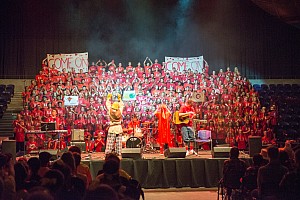 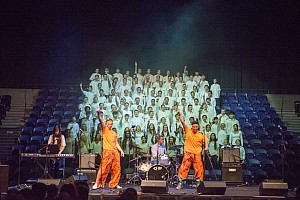 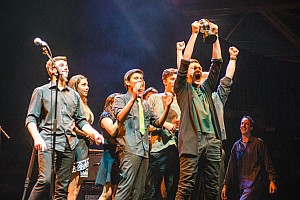 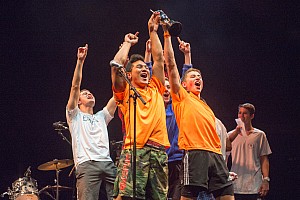 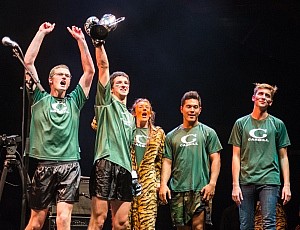