Congratulations to College Head Girl, Grace Wood who has been named as the winner of the 2015 Lion Foundation National Secondary School Songwriting Competition for her song, ‘Young, Naive and Reckless.’ As winner, Grace received a trophy, a $1,000 NZ Rockshop voucher as well as being awarded the inaugural $10,000 ‘NZ On Air Making Tracks’ grant for recording and making a music video. The judges’ commented that, ‘Grace mastered the match of music and lyrics really well. And her inventive melody/rhythms were cool. It was a song we kept playing again and again!’

Open to all New Zealand secondary school students in Years 9-13, the competition has yielded thousands of entries from all around the country over the past twelve years since it was established by the Play it Strange Trust in 2003. The competition was created for the purpose of encouraging young New Zealanders to develop interests and skills in song writing and musical performance.

Each year, 40 songs are selected from the entries for inclusion on the annual Play It Strange CD.

Grace is no stranger to this competition having had one of her songs selected for the CD in 2014. Earlier this year, she joined young musicians from all around the country to perform at the Town Hall as part of ‘A Strange Day’s Night’- a Play it Strange concert celebrating the 50th anniversary of the Rolling Stones performing on that very same stage. Grace played as part of a flute trio, joining with the rest of the band to play ‘Ruby Tuesday’ and ‘Get off my Cloud.’ She was also interviewed along with Mike Chunn, the CEO of Play it Strange, on Radio New Zealand. She was proud to have last year’s entry played on air at the end of the interview.

The judges remarked that, ‘Writing a song is not easy. Writing a really memorable and engaging song is truly difficult. Each year the standard gets better as more and more students take part and learn from each other. Hundreds of songs have been recorded in professional studios to date – and all over NZ they are being listened to!’

Grace and the other finalists will now have the opportunity to go into a professional recording studio to record their songs and have them mastered to go onto this year’s Play It Strange double CD. Well done Grace, we’re very proud of you! 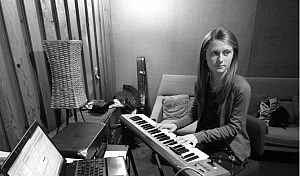 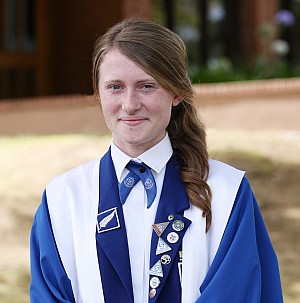