Seventeen days, 16 archaeological sites, 14 cities and towns, nine museums, two countries and an untold number of unforgettable experiences, tastes and vistas – for the 21 classics and history students who travelled to Greece and Italy during the July holidays, this was an eye-opening, whirlwind tour through the cradle of western civilisation. Visiting the ancient sites and cities, experiencing the culture and food, seeing the architecture and art in person, there was much to take on board and much to learn!

During their time away, the students took it in turns to write a blog for the day and from their writing, it is clear that the journey made a powerful impression and provided an amazing new dimension to their understanding.

A jam-packed first day in Athens saw the group start in Kerameikos, the city’s ancient cemetery; a chance to view treasured relics and Greek pottery. At the Theatre of Dionysus, they learnt about Greek gender roles in drama and how the actors were perceived by society. The day’s highlight was the Acropolis, incorporating the Parthenon and the Temple of Athena Nike and the Erechtheion, followed by a trip to the Agora, the economic hub of ancient Athens with the day concluding at the Acropolis museum.

The expedition to Mycenae exposed the students to the way in which ancient Greece entombed aristocratic families. The town of Epidaurus and the Theatre of Asklepios gave an insight to the ancient Greeks’ design expertise through its amazing acoustics. The day ended with a stroll through the Nafplio markets absorbing the life of modern day Greece.

The daunting climb to Palamidi Castle high above Nafplio and the Mediterranean was worth it for the stunning views, let alone exploring its many tunnels and vantage points. The students’ comprehension of Nero’s rule was brought to life at Olympia, where they also learnt how Zeus was worshipped, under the 13-metre statue housed in the largest temple at the famous location. The students then laid claim to being Olympians after staging a race inside the Olympic Stadium, the birthplace of the modern Games!

The bus trip to Delphi took in the plain of Iliad and Achaia as well as the impressive 2800-metre long cable bridge across the Gulf of Corinth. Here, the group took in the oracle, ruins and artefacts that had been uncovered on the mountainside. The next stop, Eleusis, housed the ruins of the largest structure built in ancient Greece and the only known temple dedicated to Hades.

The final night in Greece was a bit of fun as they staged the first instalment of their own ‘Amazing Race.’  Split into teams and assigned a god/goddess each, they were set four tasks, culminating in dressing up as their deity – with sheets and towels top of the equipment list!

The first destination in Italy was Sorrento, from which the group travelled to a number of villages. Conca provided a diversion from culture to nature during a visit to the beautiful Emerald Grotto, famous for the reflected light underground.

The streets of Pompeii transported the students back to life as a Roman 2000 years ago. Witnessing the many casts of those caught by the infamous eruption of Mt Vesuvius, drove home the horror of that day in 79AD.

Rome’s Coliseum provided the stage for tales of gladiators of old, fighting for their lives for the entertainment of others. The Roman Forum, the arches of Titus and Septimius Severus, the various temples of the Vestal Virgins, Julius Caesar, and Augustus, conveyed the political, religious and cultural epicentre of one of the greatest empires on Earth all serving to further extend our students’ knowledge.

The trip to the Vatican was enhanced by an enthusiastic guide who took the students through breath-taking hallways, courtyards and rooms full of some of the most spectacular classical art in the world. Ceilings and walls decorated with vibrant gilt patterning and the famous sculptures and paintings of Michelangelo surrounded them as they made their way through the Sistine Chapel and St Peter’s Basilica.

Venice was the final stop where ‘The Amazing Race, Venice edition’ allowed the students to see as many sights as possible in the time available. Equipped with a map and 50 Euro, teams of three students followed clues requiring quick and lateral thinking to get to the city’s landmarks.

Trips such as these that offer untold learning experiences require a huge amount of logistical planning. Our thanks to staff members, Mr Michael Clyne, Mr Steve Broun, Mr Ian Thomas and Mrs Natalie Burridge for leading the tour – one that proved amazing in many ways for the students involved. 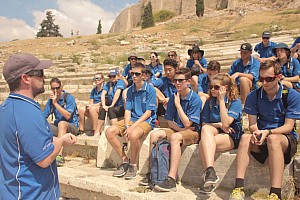 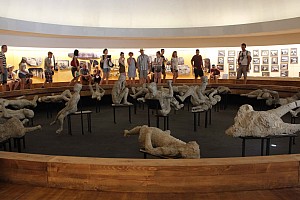 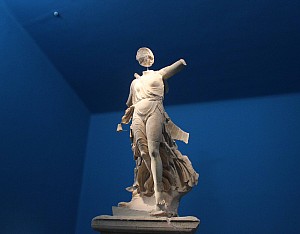 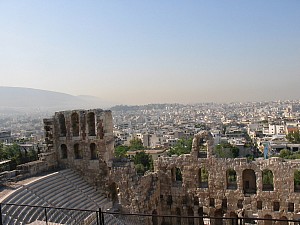 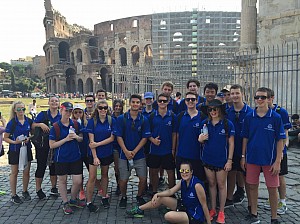 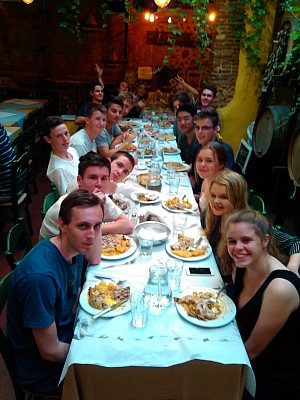