The final of the Auckland 1A Rugby competition was played on Saturday in perfect conditions at Western Springs Stadium in front of a very colourful, vocal and supportive crowd from Auckland Grammar and Saint Kentigern College.

The game lived up to its billing as a highly skilful contest between the two best teams in the Auckland 1A for 2014. This was the third year in a row that these two teams had met in the 1A final; a game that featured six tries, three lead changes and a penalty try that determined the outcome.

All of the early running went Saint Kentigern College way but unfortunately after 20 minutes, the score was only 6-3 in our favour as the resolute defence of Auckland Grammar held tight. A lapse in our own defence saw Auckland Grammar score a try on half time and we went to the break, down 11-9.

The second half was even more exciting with Sam Nock crossing the line for two tries and Saint Kentigern leading 16-11 at one stage. The turning point in the game was conceding a penalty try and playing with only 14 men for ten minutes straight after. We managed to get back into the contest late with a try to Wesley Tameifuna but came up short when the final whistle blew. The final score was Auckland Grammar 31, Saint Kentigern College 26.

When our Saint Kentigern team was beaten earlier in the season by Otahuhu College, the media reported that, ‘For the first time in 994 days, Saint Kentigern College 1st XV has suffered defeat.’

Our 1st XV has had an extra-ordinary winning streak unlikely to be matched by another school for a long time. Between 2011 and 2014, the team has won 47 out of 52 matches in the 1A competition, touted as the toughest school boy rugby competition in the world. In that time, they have won a national title three times as well as a world title at the Sanix International competition in Japan last year.

The 1st XV this year has once again been well coached by Tai Lavea, Elliot Sharp and Richard Stead. While the final outcome was disappointing for the boys and their coaches, who have both spent many hours sacrificing and preparing for the final, they can be proud of their record. In this game, they scored fewer points than a very committed Auckland Grammar side who are to be congratulated on a fine game.

The team was also well led by Sam Nock and senior players from Year 13. Each year we have a number of players who have promising prospects at a professional level and Sam was cited in the media the day after the game.

‘On the subject of promising prospects Sam Nock is easily the best halfback in secondary school rugby. He was outstanding yesterday with his sharp passing and incisive running game causing Grammar real problems.’

Whilst this was the last 1A game for our Year 13’s, the rest of the team have vowed to ‘win it again!’ 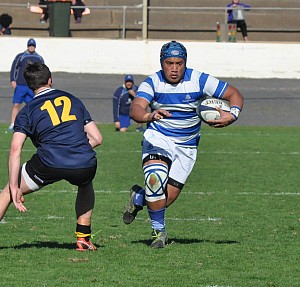 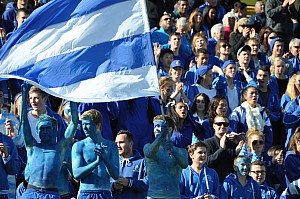 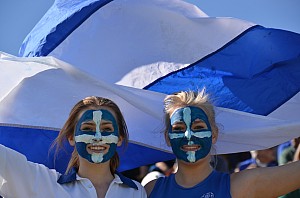 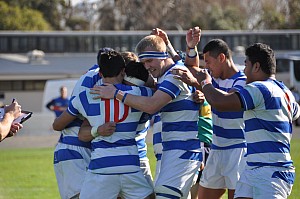 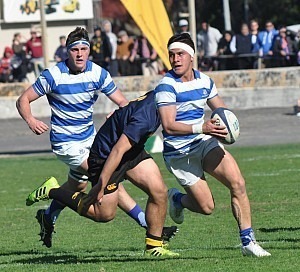