After wins against Mount Albert Grammar, Westlake Boys, Rangitoto College, Avondale College and Liston College, the 1st XI Boys Cricket team qualified top of their pool in the One Day Cricket competition. In the game against Liston, Daniel Young scored his maiden 1st XI century in a team total of more than 300 runs.

This success entitled the team to play against King’s College in the R H Marryatt Cup final. This is the first time in four years that the College has reached the final. Much of the credit for the resurgence to Saint Kentigern Cricket can be attributed to the high level of coaching available to our students; in particular, the work that Mr Rex Hooton has undertaken with our teams in the four years since the cricket academy was started. Mr Hooton has coached the 1st XI, 2nd XI and the Colts teams over the last three seasons as well as working with players 1 on 1.

Teachers, Mr Tim Middleton and Mr Greg Haines also bring extensive playing and coaching credentials to the role of coaches of the 1st XI team. Well known former cricketer, Martin Crowe is acting as a mentor to both the team and the coaches calling upon his experiences as both a player and as business man after retiring from the game.

The final against King’s was played at Melville Park in brilliant sunshine. Saint Kentigern batted first and, aided by a century from James Ellis and a half century from Daniel Young, the team scored 248 for 6. Kings then batted and came up 40 runs short. Aditya Edekar took 4 wickets and Sandeep Patel took 3. The game was exciting, played in good spirit and was a worthy final.

The team now has the opportunity to play a series of knock out games to see who will represent Auckland at the National Gillette Cup Competition. Their first game in this series will be played this Wednesday, 12 March against St Peter’s in Cornwall Park beginning at 10.30am. The team would love your support! 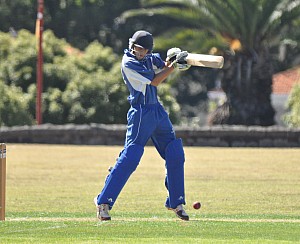 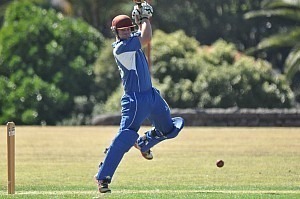 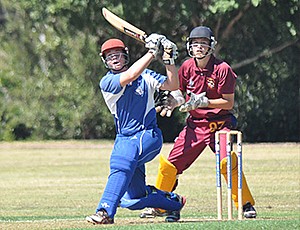