Our College Premier Choir, Kentoris has been in high gear in the past few weeks, firstly singing at two services at the Auckland Museum on Anzac Day including the Dawn Service. This has been  followed by a further two concerts at the museum last week - the choir first sang at a Saturday morning recital in preparation for last Monday night’s debut with the Auckland Philharmonia Orchestra (APO).

Concert with the APO

The museum’s penthouse-like Events Centre was the venue for ‘Letters in Wartime’ a concert featuring the APO in ninety minutes of music, created over two years of workshops.  The music was provided by five composers offering their response to letters, drawn from the museum collection, that were written home by soldiers during World War I. Kentoris  featured in the second half of the concert and our students were extremely well received by a large audience.  NZ Herald reviewer, William Dart commented;

‘Ending the evening, Kenneth Young's ‘Dona eis Requiem’ paid tribute to the fallen soldier of the conflict in 170 symbolic chimes. Its straightforward idiom spurred the young choristers of Saint Kentigern's Kentoris to sing with resounding confidence.’

Choral Proms on Saturday 6 June, 7pm in Elliot Hall
Kentoris is now preparing for this week’s Choral Proms concert on Saturday night when five of our College choirs will present their latest work in readiness for the Big Sing competition the following week. The Proms will feature the NZ premiere of Norwegian Composer, Ola Gjeilo's piece, 'Luminous Night of the Soul' for String Quartet and Choir.  In addition to this, Kentoris will be teaming up with guest artist, Robert Tucker, a baritone whose operatic career includes time with the Australian Opera Studio, IFAC Opera Japan, New Zealand Opera and the Scottish Opera. He is currently a Freemasons Resident Artist with NZ Opera where he recently played Masetto in the 2014 production of Don Giovanni.

The Choral Proms is the first in a series of three Proms Concerts over the next three weekends.
1. Choral Proms -Saturday 6 June, 7pm
2. Band Proms - Friday 12 June, 7pm
3. Last Night of the Proms - Saturday 20 June, 7pm

Proms tickets can be purchased on iticket:
https://www.iticket.co.nz/events/2015/jun/proms-concert-1

BIG SING
9 – 11 June
Next weekour senior College Choirs will be participating in the NZCF Big Sing at the Auckland Town Hall.  These sessions are open to the public and our choirs would love your support. They will be singing at the following approximate times: 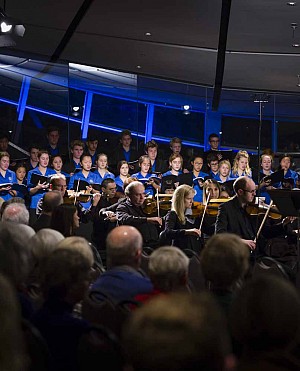 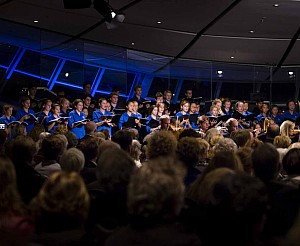