There are probably not many people who realise that the much-loved family film of the 1960’s, Chitty Chitty Bang Bang, was actually based on a children’s story by Ian Fleming of James Bond fame! With a villain, an attractive companion and a flying car with all the bells and whistles, this year’s Middle College production had all the hall marks of a good spy story! The show flew onto the Saint Kentigern stage with as much infectious energy as its title song, delivering a joyous musical experience for young and old alike.

The story is centred on the adventures of two lively children, Jemima (Sophie Ward) and Jeremy (Oliver Evans), who are adored by their father, the eccentric inventor, Caractacus Potts (Josh King) and their ‘slightly potty’ grandfather, Grandpa Potts (Fionn Steele Smith) - a close-knit family who miss the children’s mother.

Despite their loss, the household is a happy one and the opening numbers, ‘You two’ and ‘Them three,’ made it clear that Josh, Sophie, Oliver and Fionn, with their clear vocals and strong acting skills, are set for a long future on the Saint Kentigern stage!

As Caractacus, Josh was the ‘glue’ that held the show together, displaying family warmth for his onstage children and suitable brusqueness - then bashfulness - when a lady arrives on the scene. Playing brother and sister, Sophie and Oliver worked in perfect harmony throughout the show. Fionn played for laughs and showed he is a great character actor.

All good spy stories have a love interest and, in this case, it was Truly Scrumptious (Melody Lui-Webster), the daughter of famous candy maker, Lord Scrumptious (Hayden Cox).  Melody has a very confident stage presence and played this role with great maturity creating a real affinity with the children - her diction and singing were superb!

In order to please his children, Caractacus agreed to purchase a battered, old Grand Prix racing car, to prevent the much loved children’s plaything from being melted down for scrap. Raising the 30 shillings for the exchange was not easy, but a delightful scene ensued, involving one of Caractacus’s inventions – a not quite refined hair cutting machine, that scalped its first customer! Who would have guessed that the disastrous invention would be perfect for the local turkey farmer – monetary problem solved!

Once rebuilt, the car becomes one of the stars of the show, named Chitty Chitty Bang Bang, for its unusual, rhythmical noises. We offer our grateful thanks to Southwell School, Hamilton for the loan of the car with fully computerised hydraulics!

On their first outing in the car, the family, with Truly in tow, discover that the car has magical properties allowing it to float on water and fly through the air. The audience soon discovered the Chitty Chittty Bang Bang refrain is one they won’t forget in a hurry!

Pleased with their acquisition, the family are oblivious to suspicious activities going on in the background. The story takes a turn when the Baron (Oliver Barclay) and Baroness Bomburst (Chloe McGregor) of Vulgaria, hire a couple of spies to find the old Grand Prix winning race car, and bring it to Vulgaria as the spoilt Baron's birthday gift.

As with many family musicals, the villains got to truly shine and this show had its fair share! Tyrannical wife to the immature, petulant Baron, Chloe nailed her role as the Baroness with just the right among of feigned indifference to her husband. This was not a woman to be messed with! Yet the pair turn out to be surprisingly loveable for a couple of selfish, children-hating rulers of a kingdom that has banned children and employs an evil Child Catcher (Millie Eaton), to capture and lock away all children in their country! Chloe was suitably ‘over the top’ and the pair gave a wonderfully hammed up performance of their duet, ‘Chu-Chi Face!’

At the end of the phone, and just out of the Baroness’s reach, were the duo of Boris (Arwyn Stevens) and Goran (Catalina Addis), as the ineffective Vulgarian spies. The girls delivered a flawless performance as they kept their slap-stick characters bumbling along, popping up in the least expected places. Arwyn was kept busy with quick changes, to also take part in the dance numbers.

As the Baroness stepped up her plans, inadvertently, Grandpa Potts is kidnapped. The show gathered pace in the second half when Chitty and the family landed in Vulgaria to try and rescue Grandpa, only to have Jeremy and Jemima spirited away by the Child Catcher. In this role, Millie had just the right amount of menace as she crept across the stage. The Toymaker (Olivia Costello), although resistant at first, lent a hand, leading to the freeing of all the children in the kingdom and building to a finale where, with the children’s blessing, love was declared between Caractacus and Truly to deliver a happy ending!

Dance groups featured throughout the show, setting the stage alight with action. From the great machines in the candy factory, bathing belles on a beach, to the delightful, twinkling, night-time backing for the lullaby, ‘Hush-a-bye Mountain, the exuberant ‘Me ol’ Bamboo’ and the ‘Bombie Samba,’ it was clear that there is great strength in the dance programme at Middle College level and those on stage were loving dancing for an audience!

The ensemble of students onstage were one of the strongest, most focused and dedicated groups we have seen in a Middle College Production.  Their discipline and effort to delivering excellent performances was inspiring.

Alongside the cast, the orchestra was a mix of ages, giving their full commitment to the show, providing live music for the keen and talented cast on stage. Backstage crew were also a mix of ages, the older students mentoring younger ones. 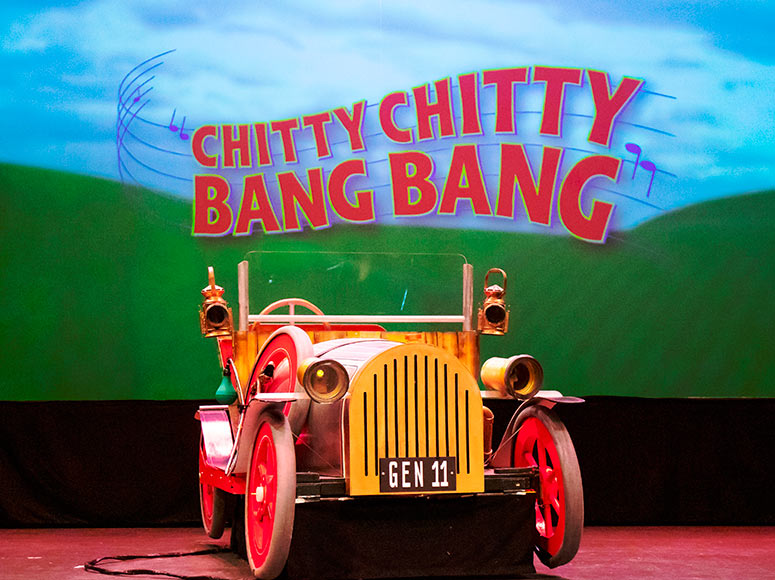 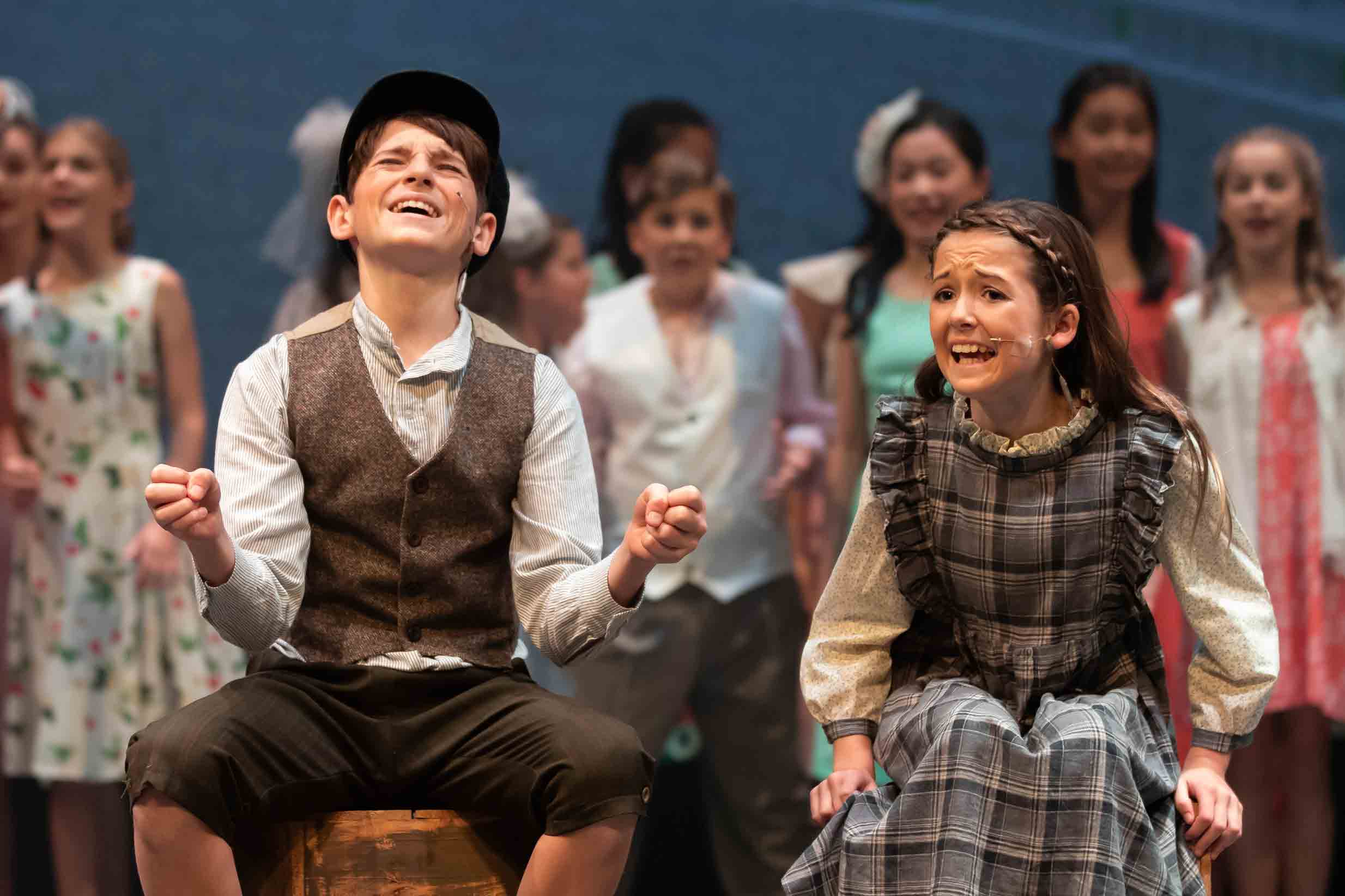 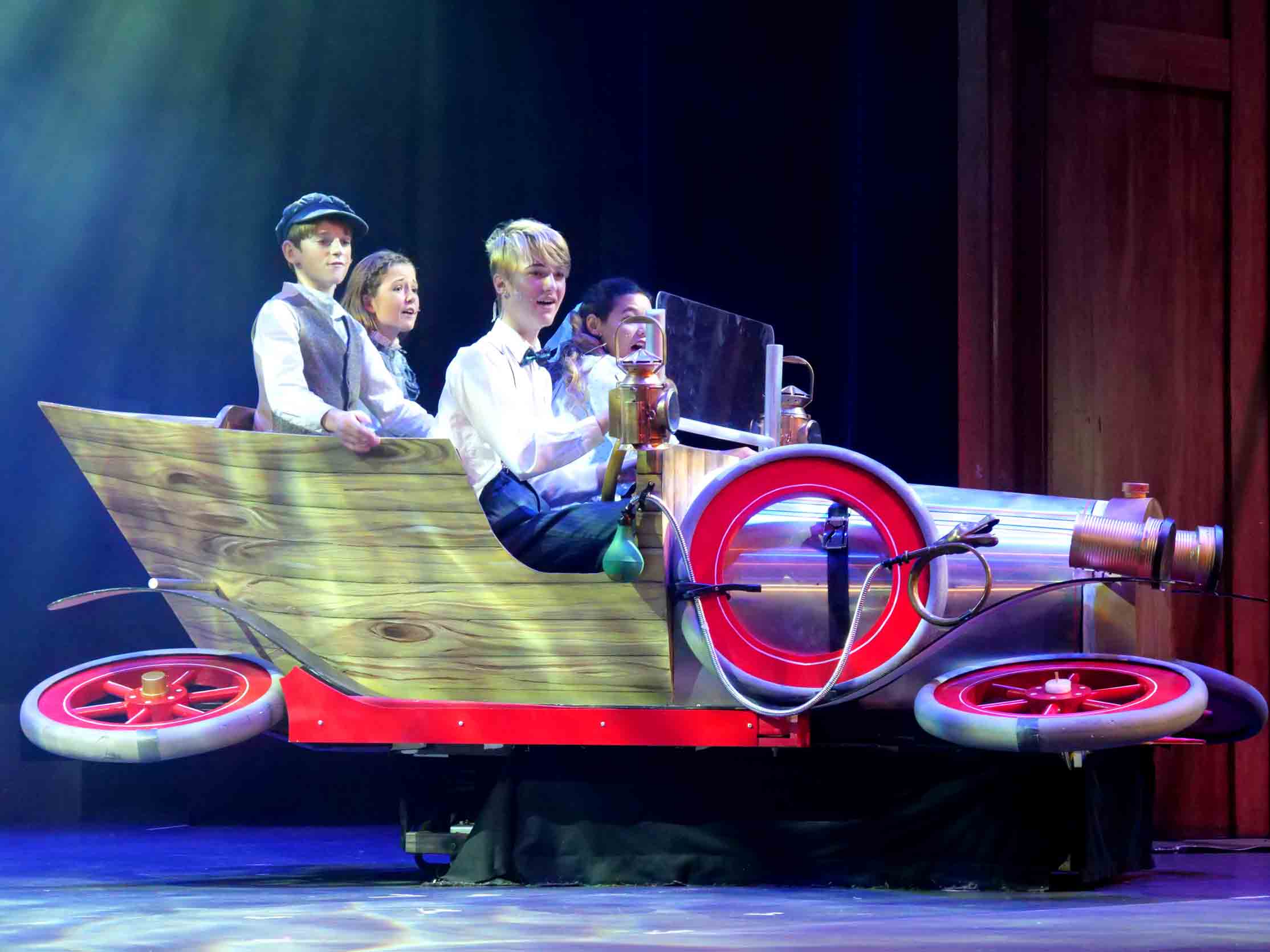 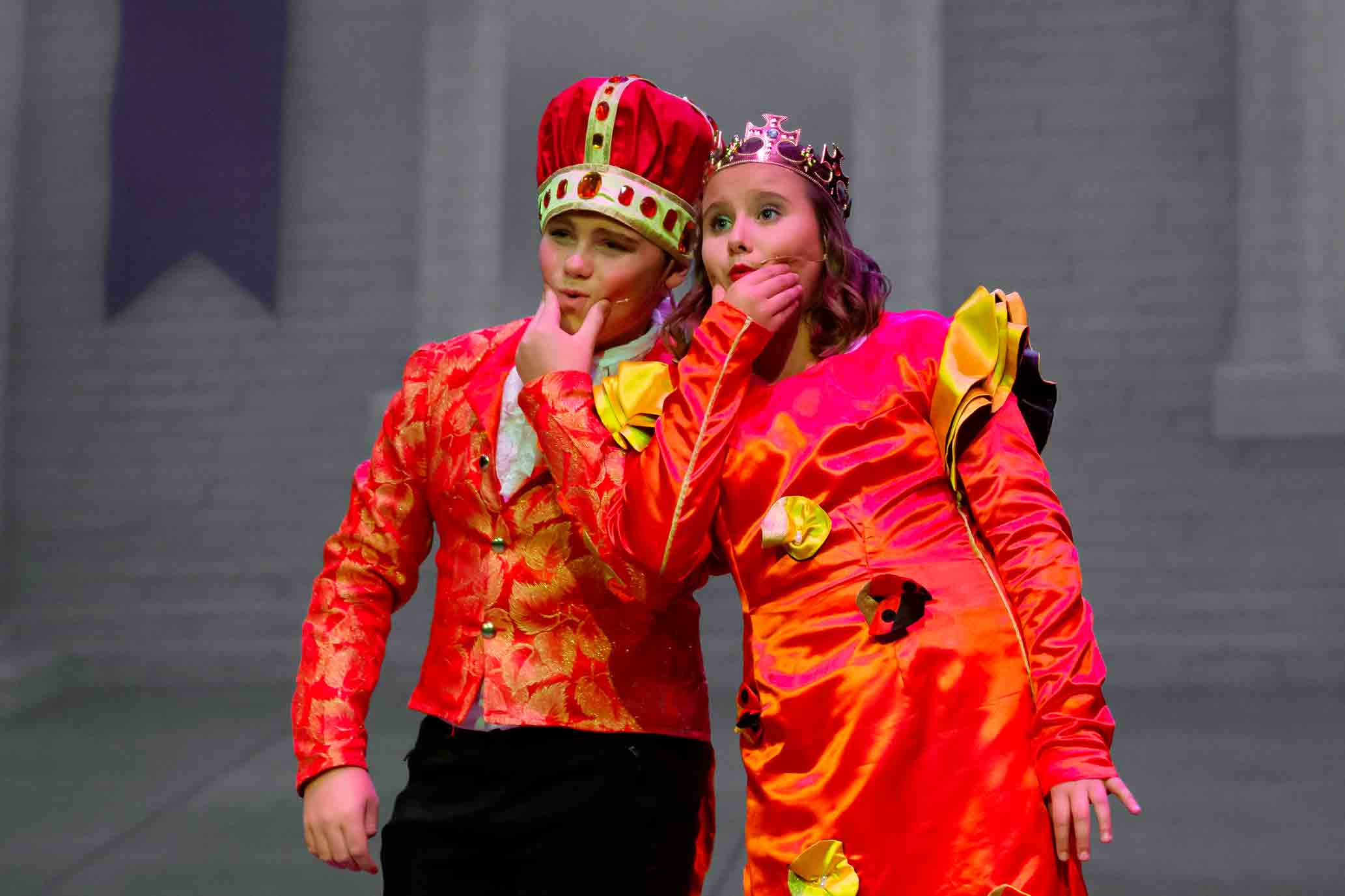 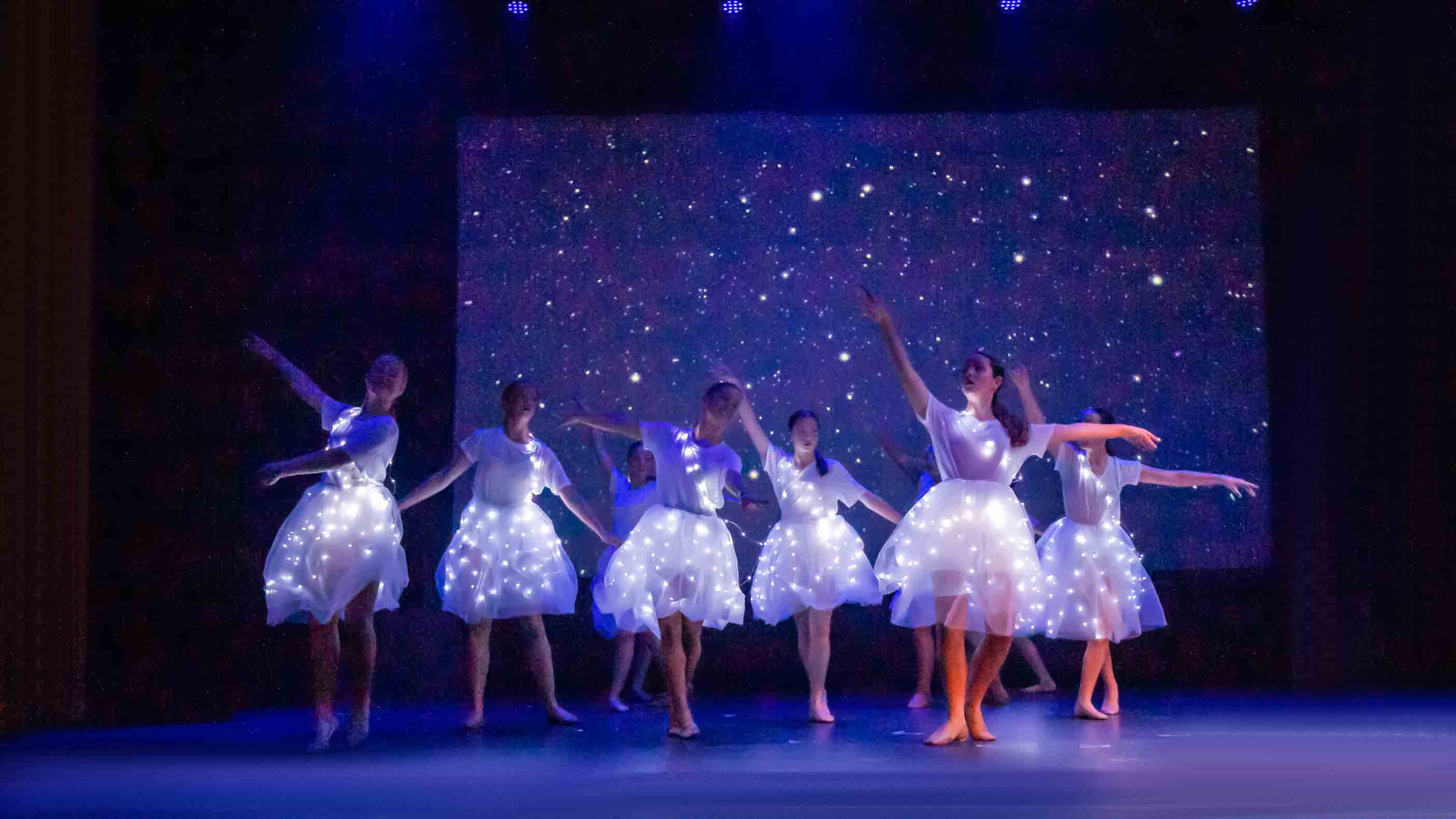 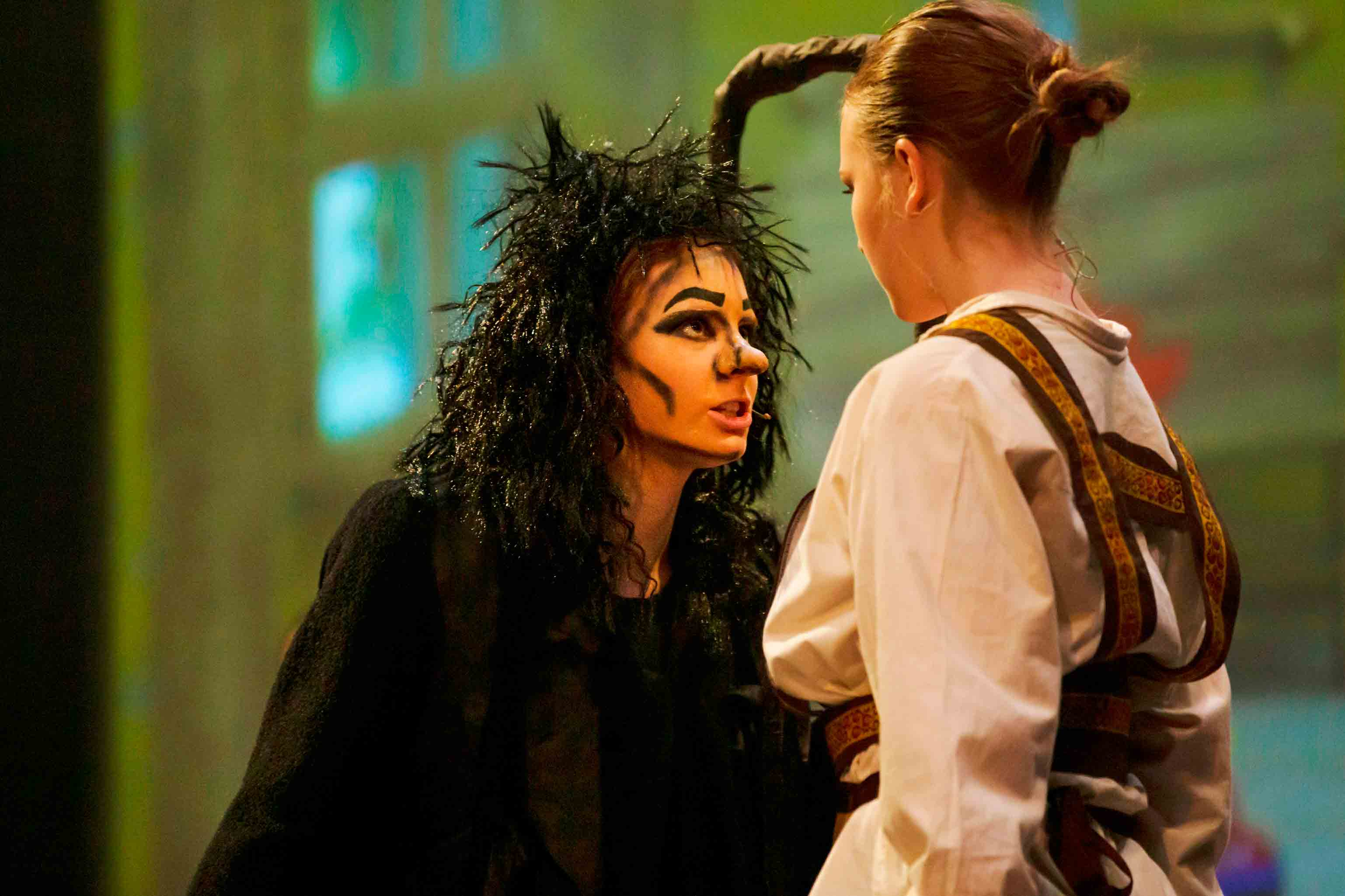