With thanks to student reporters, Amy Wang and Yitian Pang

This week, 44 delegates from schools around the North Island travelled to Wellington to participate in the annual Student Commonwealth Heads of Government Meeting (SCHOGM) hosted by the honourable Peter Dunne. Accompanied by Mrs Anitelea, the College sent two delegations to the conference comprising Aditya Arolkar and Arunabh Prakash, representing Kenya, and Amy Wang and Yitian Pang representing the small Caribbean country of Belize. With ‘consultation as its life blood’, the students adopted the roles of Heads of Government and Foreign Minister of their respective nations.

The two day event, held in Parliament, simulates the real CHOGM and enables students to gain great insight into how this conference works in reality. With the theme of the 2014 Conference being ‘Hashtag Team Commonwealth’, delegates debated issues pertaining to the Commonwealth’s role in aid and health, sport and youth empowerment. Wider issues discussed at the conference included the granting of Scottish independence, the establishment of a human rights committee and youth unemployment. Both Saint Kentigern delegations engaged in strenuous debate, employing skills of diplomacy, lobbying and compromise.

Amidst all the debate on the first day of the conference, delegates were also addressed by various members of the New Zealand Commonwealth. The day concluded with a formal state dinner in the Banquet Hall of the Beehive.

Day Two saw intense lobbying and a crisis session regarding a border dispute between the fictitious Commonwealth countries of East and West Estoria, led by Colonel Marin Dransfield of the New Zealand Defence Force. It was an honour to have the Prime Minister, Rt. Hon. John Key, address SCHOGM delegates. Key spoke on a range of issues including the place of the Commonwealth and New Zealand’s position on the world stage. The Q & A session that followed concluded with Saint Kentigern students, Yitian Pang and Amy Wang appealing for a ‘selfie’ with the prime minister, to which he was very obliging!

Students attending SCHOGM left with a panoply of new knowledge and skills. For those who are politically inclined or have an interest in global issues, this is a brilliant experience in international diplomacy. Through participation in SCHOGM you will meet likeminded people who want to change the world and as this conference demonstrated, as the youth of today we indeed have the power to do so.  A special thanks to Mrs Anitelea for accompanying the Saint Kentigern delegations and for allowing us to have this unique opportunity. 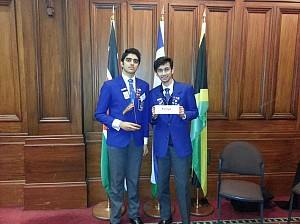 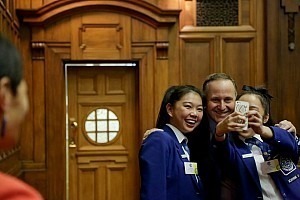 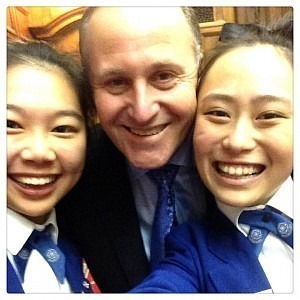 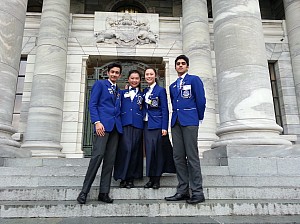