Chalmers sang with great heart last night to win the overall House Music Cup with a first place in the Choir section and third place for their band. It was a high energy entry from Bruce House that saw them deservedly take away the House Band Cup!

With last year’s House Music transformed to a ‘virtual’ House Video competition during Lockdown, this year’s ‘actual’ House Music was gleefully anticipated! Once again, the Year 13 student leaders were able muster their choirs in person – well in excess of 200 students – and went on to spend many lunch hours trying to coach them into tunefulness! Meanwhile, the House Bands were also formed, and they, too, got their repertoire underway – and under wraps until the night!

Buses of students descended on the Vodafone Events Centre in Manukau with family members swelling the ranks to fill every seat in the auditorium -it was a sell-out event! Middle School Head of House for Wilson, Mr Al Ronberg,put aside his house bias and did a fine job of MC for the night, delivering up a string of ‘dad jokes’ to keep the audience entertained during the logistics of getting the choirs on and off stage.

The prefects led the seven house choirs (Bruce House making up the seventh House) up to sing, dazzling in their House colours, and entertained the crowd with well-known, popular songs.

Following on, each House presented their band ‘ensemble item’. They were permitted a maximum of 8 minutes on stage, with a maximum of 16 students, to deliver a medley of songs of their choice. This latter half of the evening was a true showcase of spectacular student talent and stage presence!

As the judges deliberated, the Staff Band proved to be another highlight with Mr Ronberg, Mrs Burridge, Mrs Watts, Mr Broun, Mr Hedder and Mr Kemp firstly entertaining with Falling Slowly by Glen Hansard/ Marketa Irglova and Cold Play Medley. Surprise act for the night was Principal, Mr Russell Brooke who proved he’s a mean trumpet player when he ripped out the solo in ‘Power of Love’ by Huey Lewis & the News!

We were fortunate to welcome Mike Chunn and former staff member, Oliver Gilmour as judges for the night.

Mr Chunn was a founding member of Split Enz and Citizen Band. He went to run Mushroom Records signing Dance Exponents and DD Smash to the label. He ran APRA and is currently CEO of ‘Play It Strange’ – a platform for secondary students to pursue their musical adventures.

Mr Gilmour is an Old Collegian, who later returned to teach Music and Social Studies. He is currently Associate Head of Faculty Performing Arts at St Cuthbert’s College. He plays the flute, saxophone and piano and has a Master of Education Practice and Bachelor of Music degree from Auckland University.

Once the judges had come to their decisions, Mr Brooke was called on to present the awards. In commenting on the choirs, Mr Gilmour, who led his own Hamilton House Choir to victory in 2007, said that his decision was based on ‘tunefulness’ as with such large choirs, it could be easy to ‘shout rather than sing.’ Mr Chun, well familiar with the stage, said, ‘The stage is a magical playground, but you’ll never know that unless you take part, so well done!’

Our sincere thanks to staff member, Mr Steve Broun for overseeing the logistics of the evening and Mr Glen Mortensen and his team of student helpers for the sound and lighting.

As a student led student event, our congratulations to the Year 13 students for their fantastic leadership in bringing their large choirs to tunefulness! You rocked! 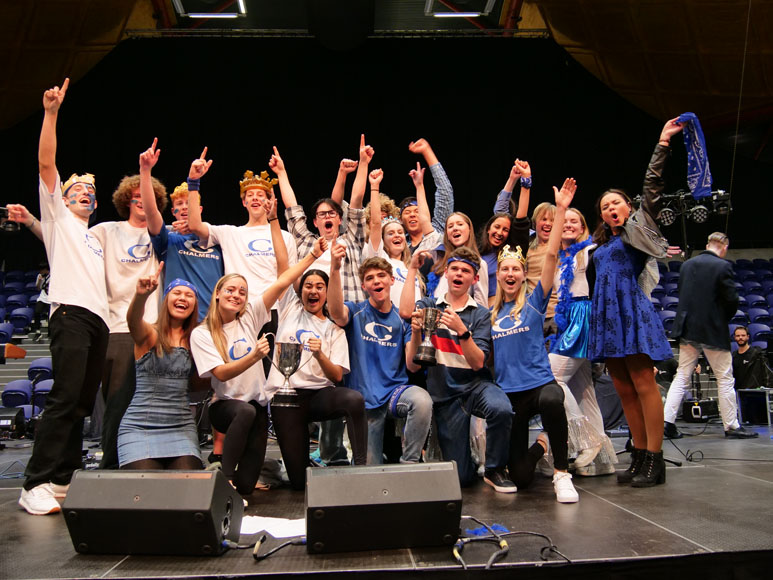 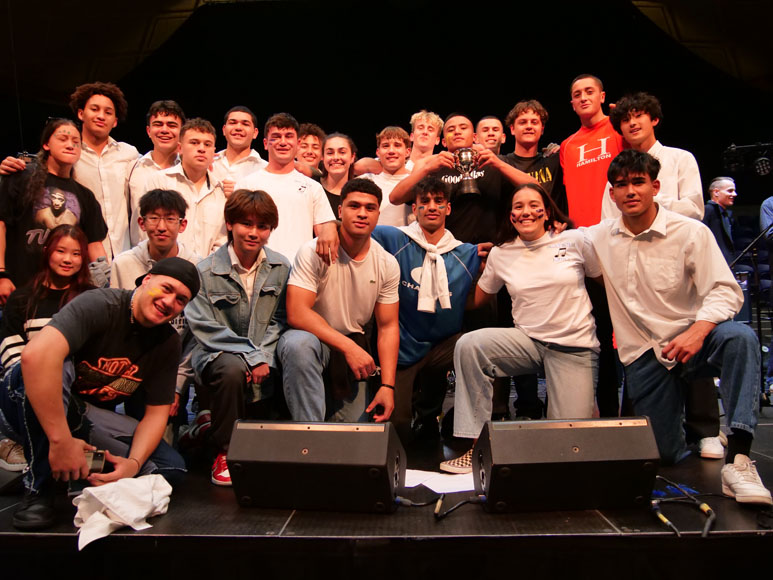 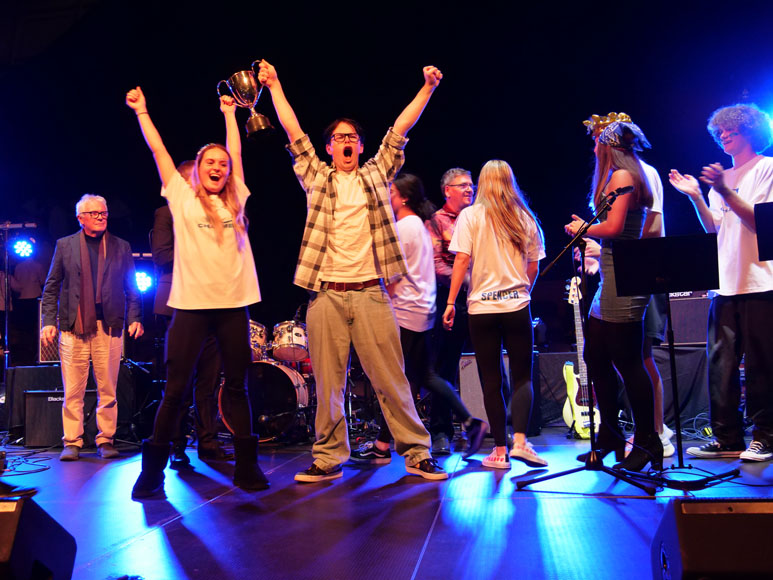