The purpose and outcome of a prizegiving ceremony is twofold: to congratulate those who have worked hard to be the best in their endeavours, and to inspire others as they continue to strive for excellence. At today’s Boys’ School prizegiving, we recognised the students who through effort and persistence, and under the guidance of their teachers and parents, had achieved to the highest level within their class, subject, service and cultural activity, sporting code and leadership role. With these boys as role models, and seeing the Sports Centre at the College full of proud families celebrating their success, their schoolmates couldn’t help but be motivated to be in that spotlight in 2016 and the years to come.

The awards covered the full gamut of the world of opportunity that Saint Kentigern offers. Following address by Chairman of the Trust Board Dr Bruce Goodfellow, the first prizes presented were for music, speech and cultural distinction. These were followed by the sports awards, culminating in the team of the year shield going to the Senior A water polo team. There were three categories of academic award for the Junior School classes, for excellence, diligence, and effort and progress, with the Middle School tutor groups also recognised for Christian education. The Senior School students were vying for diligence, excellence, and progress awards as well as in their individual subject areas. A boy from every class was also nominated for a Christian Living Award for demonstrating the Saint Kentigern Way.

Principal Mr Peter Cassie’s address reflected on his favourite moments of 2015, which included the Halberg Sportability Day and the special commemorative Anzac service. He thanked the prefects, parents, staff and Trust Board for their contributions to the success we were there to celebrate. ‘The boys should feel justifiably proud of their achievements,’ he said. ‘They have embraced and made the most of the opportunities available and have willingly been involved in a number of activities. I have been impressed with their growth during the course of the year and most importantly their manners, pride and courtesy.’

It was then time for the special awards. The Brian Matthews Cup went to Rafael Newland for consistently showing empathy to others and being responsible and courteous in the Junior School. Jonathan Benjamin and Michael Hiddleston received the Middle and Senior School Citizenship Cups respectively for their outstanding service and leadership. The Joel Campbell Memorial Trophy, for service to others, went to Hayden Joyce. For displaying true grit and spirit in the sporting arena, James Stables received the Knox Family Lion Heart Award. Isaac Wong and Will Bason were the sportsman of the year recipients for the Middle and Senior School respectively. Joshua Stephan has demonstrated diligence, cooperation, courtesy, sportsmanship and friendliness to earn the Rex Hooton Cup for School Spirit. With an average grade of 91, Xavier Yin finished as the Proxime Accessit, with Head Boy Michael Hiddleston named Dux of the School with an average of 95.

In their final act as students of the Boys’ School, the Year 8 students joined the official party as they filed out of the Sports Centre. Congratulations to all of the boys who received awards today and we hope the occasion has encouraged your peers to do their utmost to become recipients in the future. 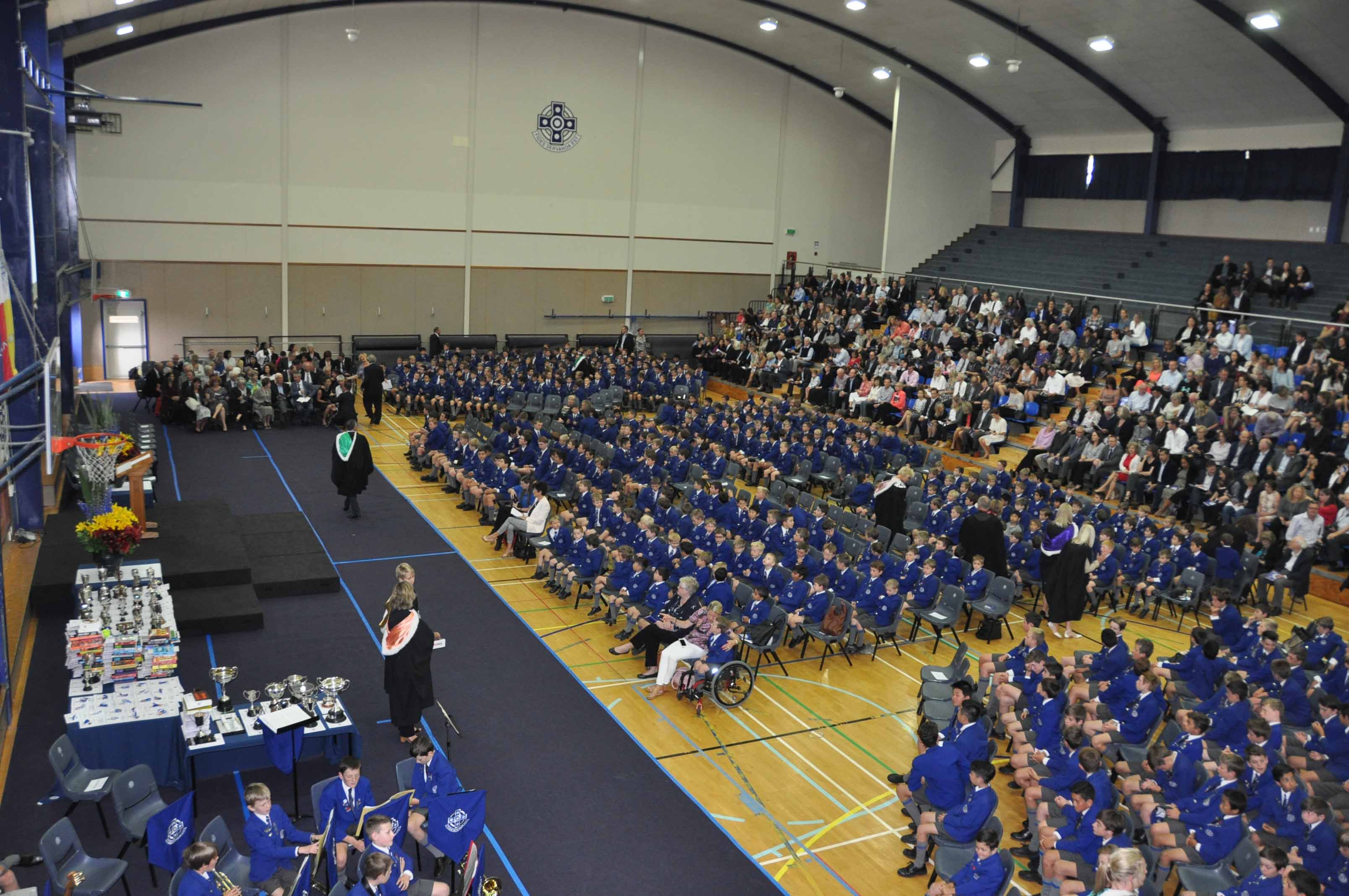 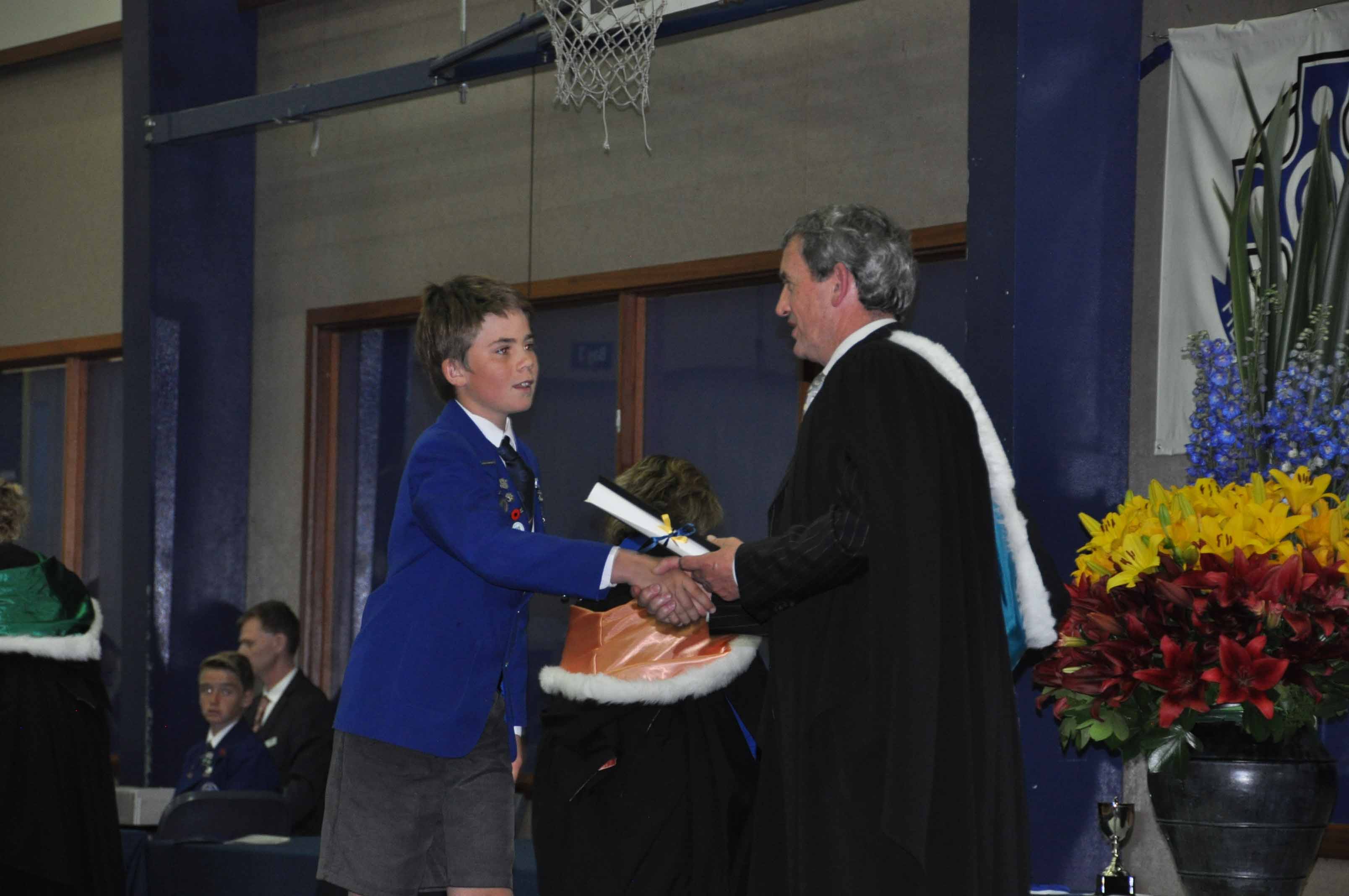 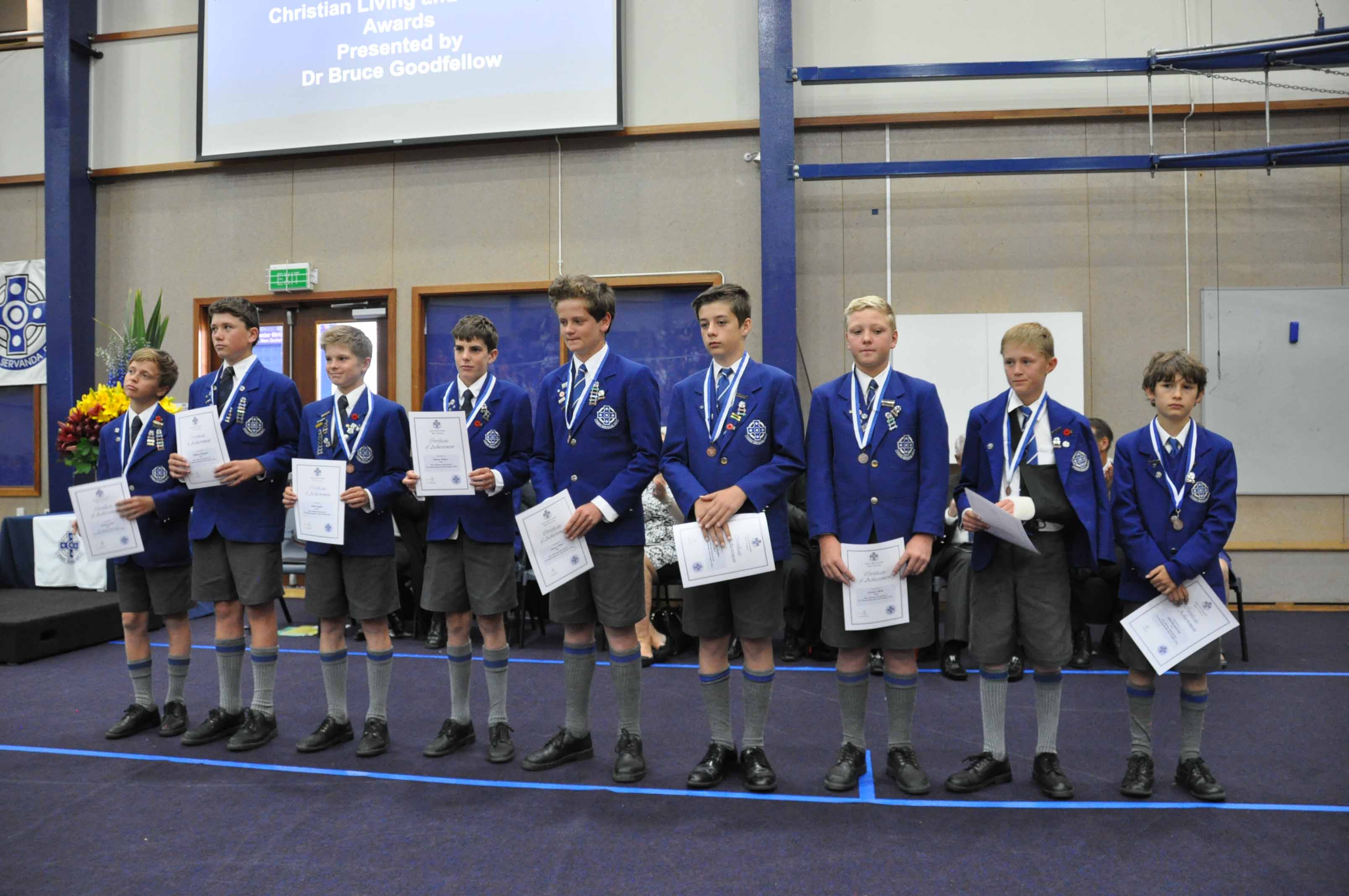 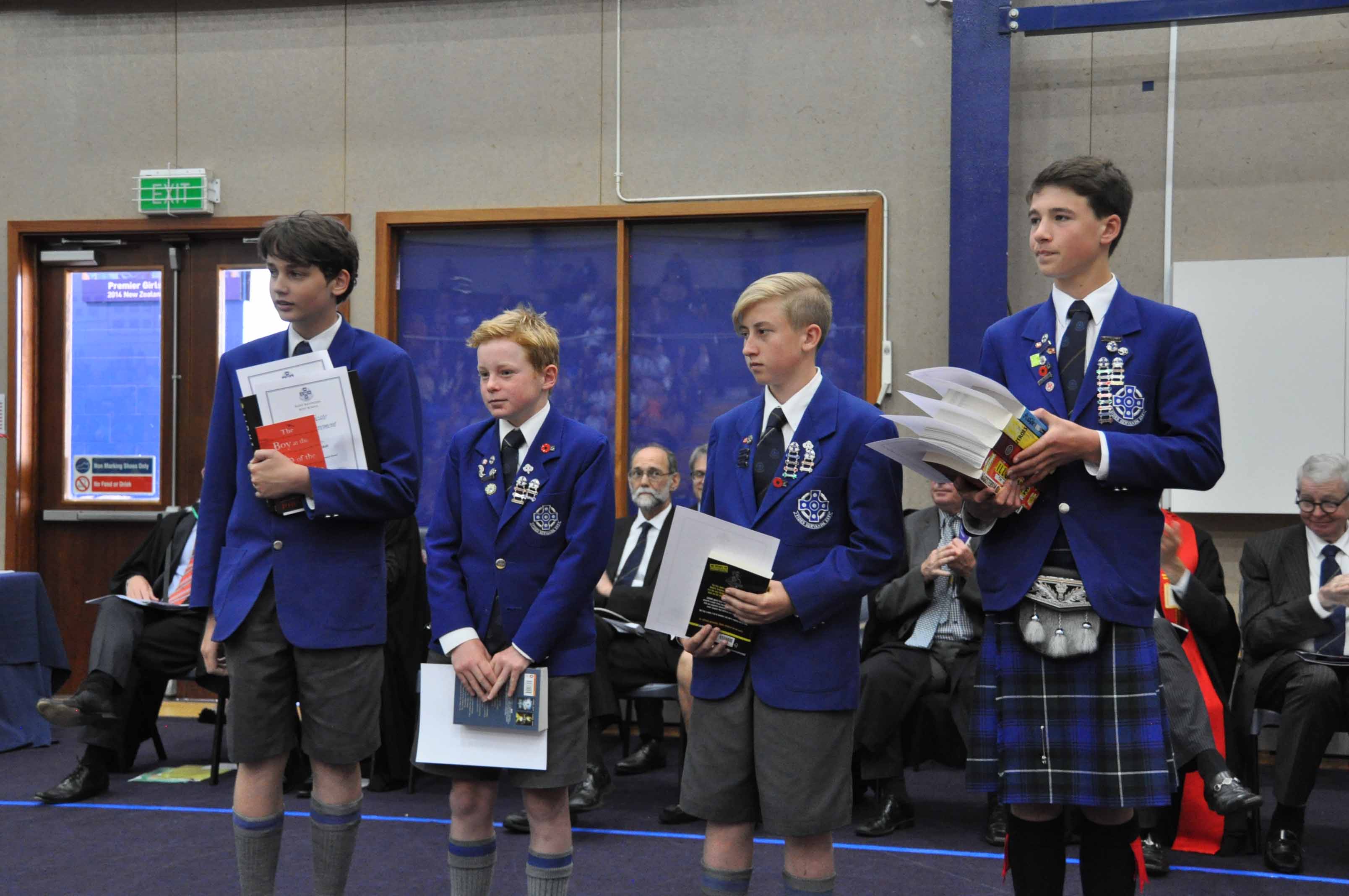 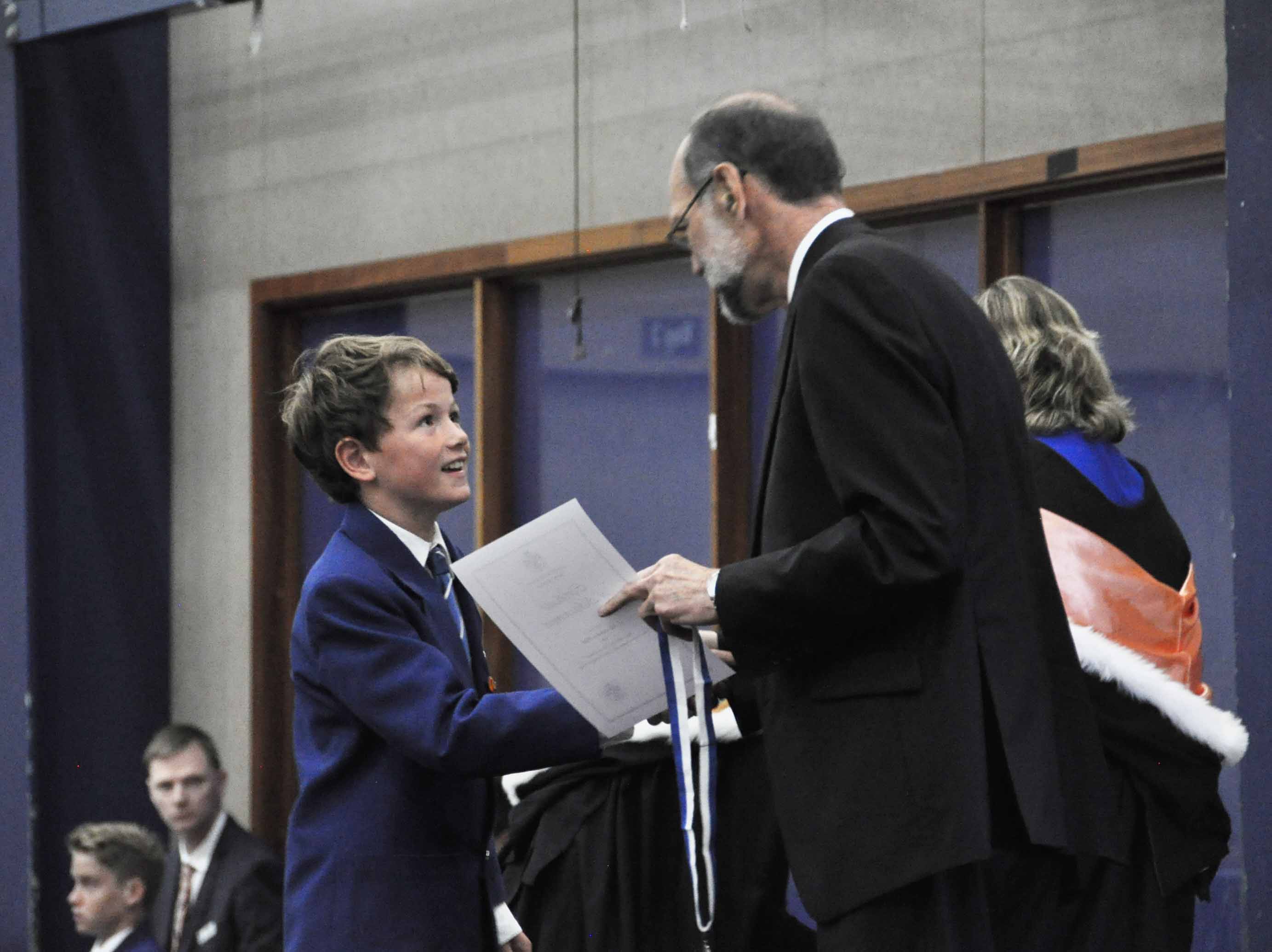