Celebrating Matariki at the Girls’ School

With thanks to Senior Dean, Bernadette Haerewa

Matariki was a celebration that the Girls’ School embraced last week as they took part in several activities, workshops and a special Matariki themed assembly. The week started with a variety of workshops that took place in the library. A large dome was set up in the middle of the library and used as a space for the girls to listen to Maori legends and music, particularly the tale of Matariki.

A wide variety of arts and crafts were also undertaken during the week with the help of the senior students, Librarian, Mrs Lisa Bently and Teacher, Mrs Bernadette Haerewa. One of the highlights for the girls was flax weaving!

The girls also had a visit from the Preschool who were invited to sit in and watch the Year 7 Matariki assembly. The Year 7 students performed a re-enactment of the legend of Matariki. Great props were designed by student Leanna Ding, to represent Papatuanuku and Ranginui, and many students and teachers contributed to the completion of the fantastic art pieces.

As the narrators expressively told the tale, musicians set the mood with drums, rainmakers and koauau, and the actors used their bodies to support. Seven students represented the stars in the tale and modelled the costumes that they created. It started with a lovely version of Purea Mai, supported by Mrs Toy’s Ukulele band.

The juniors were delightful with their beautiful Matariki song, and the Kapa Haka group closed the event, making the Girls' School proud as always.

Special thanks to a wide number of students and teachers. It was a great team effort from all involved. 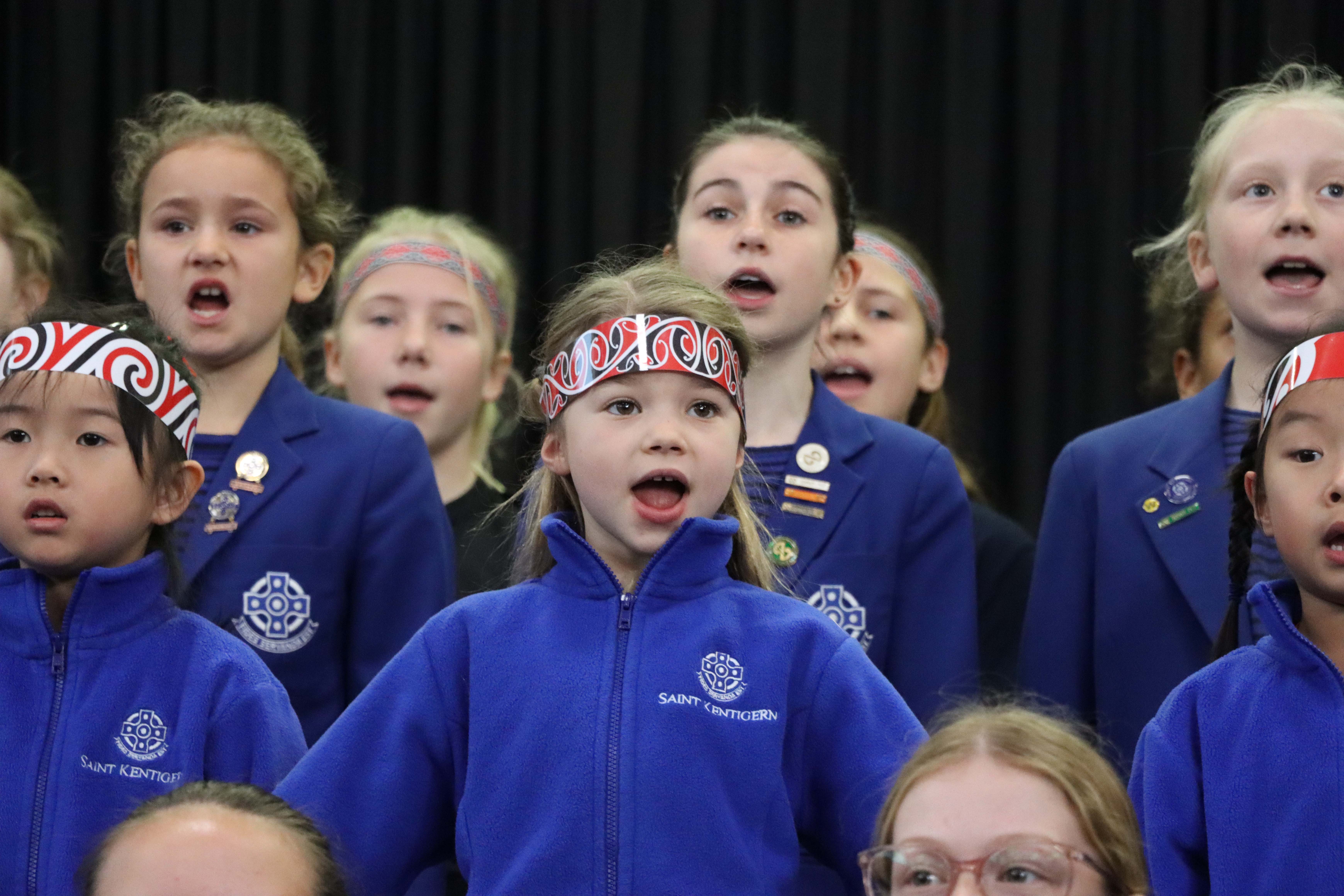 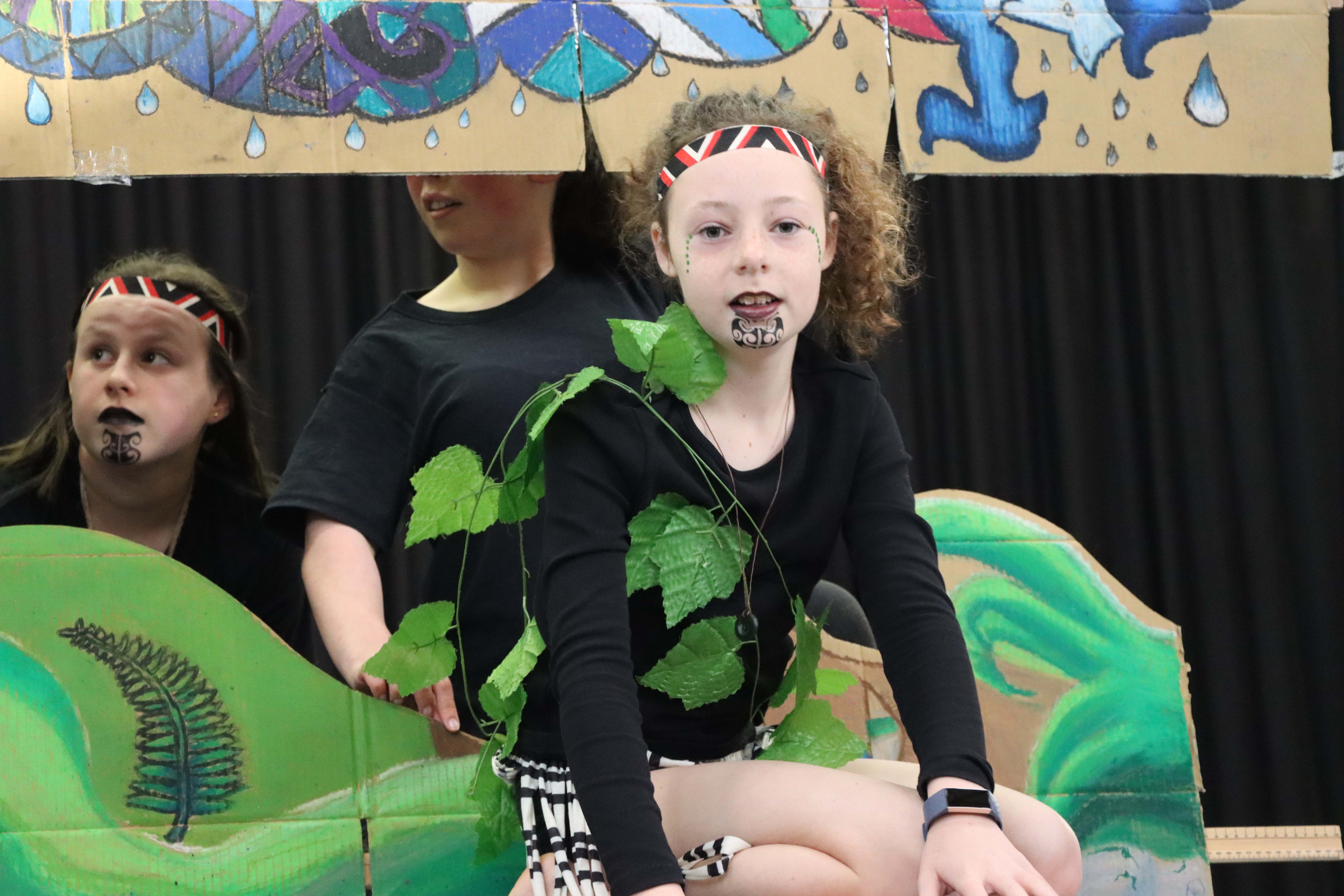 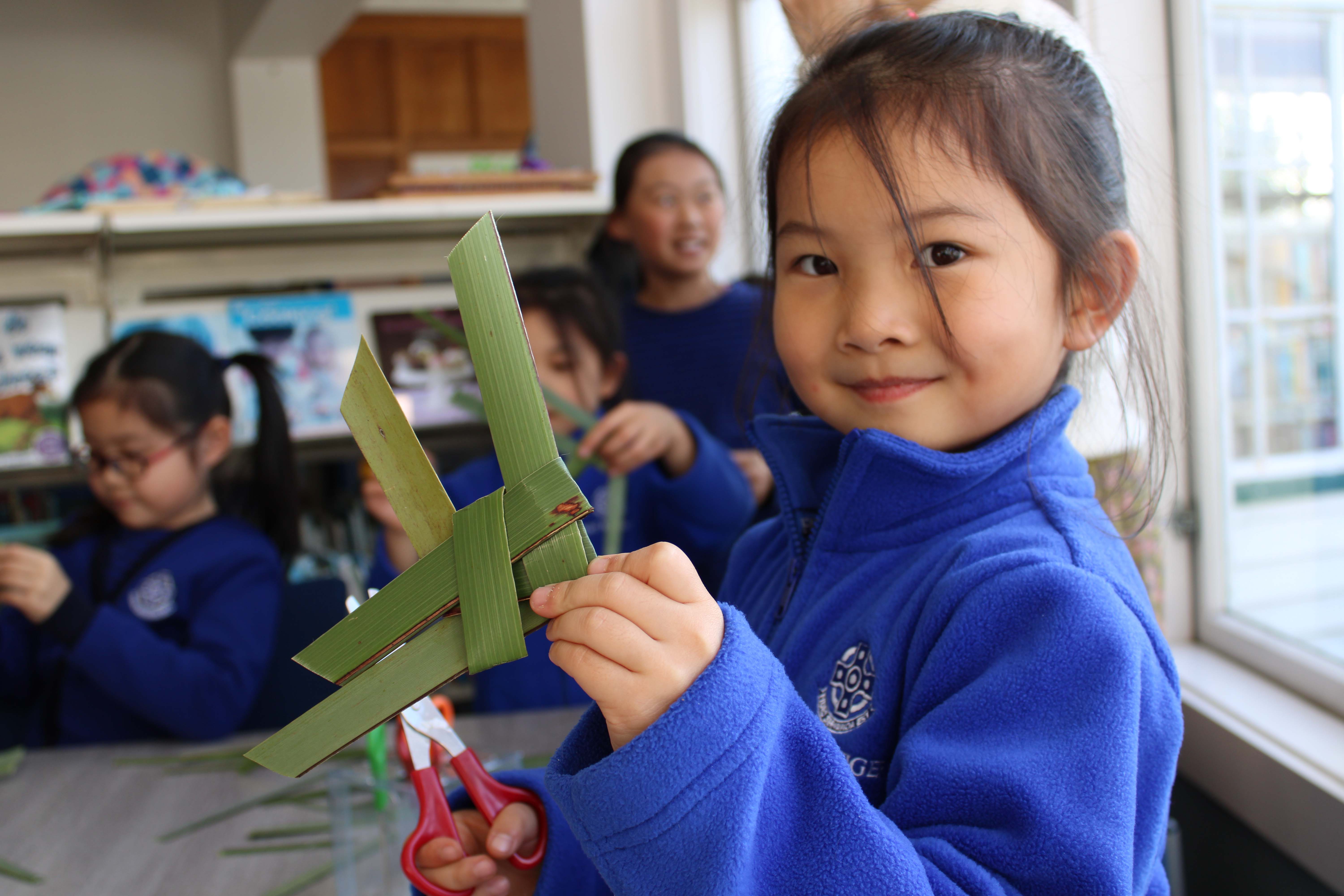