On any given morning or afternoon of the week - or weekend - the College campus is alive with students following their passion, be it academic, service, sporting or artistic pursuits. From early morning until late into the evening, opportunities abound for our students to be involved.

The Celebrating the Arts evening is an opportunity to join in celebration and reflect back on the year to recognise our many talented performing artists across all disciplines, giving some the opportunity to perform before presenting the 2015 Cultural Awards.

The Jazz Combo played while guests gathered; taking the opportunity to first view the Visual Arts displays from our senior NCEA and IB Diploma art students. Host for the evening was our Arts Prefect, Steel Strang, who is a strong performers in his own right and introduced the events with confidence.

Our all-boys choir, Menasing were first to perform singing ‘Wairua Tapu’ and ‘Le Chanson de Mardi Gras.’ Menasing have had a stellar year winning a Gold award at the Choral Federation’s Big Sing National Finale in Wellington. The have recently been filmed by Maori Television in preparation for an upcoming programme. They were named as the Best Music Group for 2015.

The dance programme is continuing to grow in strength at the College with a second dance studio having been added this year to cater for demand. Our dancers performed in their own Showcase during Term 2 with one of the dances selected to be shown at the Auckland Tempo Festival recently. Many of them were fortunate to be part of the Performing Arts group who toured the United States earlier this year, They presented two performances for our enjoyment. Firstly, a Year 13 group presented a version of ‘Too Darn Hot’ from the Cole Porter musical ‘Kiss me Kate.’ The second piece was form the Year 13 Extension Group with ‘Steal your Rock n Roll’ from the musical ‘Memphis.’ These students were part of the tour to the USA and were taught this dance at a musical theatre workshop on Broadway!

Year 13 drama student, Becky Lane is well remembered for her commanding presence as the despotic Queen of Hearts in the recent production of ‘Go Tell Alice in Wonderland.’ Also a keen debater during her time at the College, Becky is comfortable in the public eye. Becky took to the stage with her NCEA Level 3 devised piece prepared for her Scholarship Drama exam.  The piece showcased her understanding of creating dramatic impact through ‘seamless transitions and multi-rolling’ to create an engaging piece of solo theatre.

The evening’s entertainment was interspersed with the handing out the Cultural Awards for 2015, building to the ‘2015 Performer of the Year.’ This was awarded for the first time last year and this year went to talented singer, Lili Taylor. Combining with the gold award winning, Stage Band, Lili finished the evening in song, making it clear to the audience why she had been selected.

The College can boast a very fine group of Performing Arts students who have responded well to the challenge to ‘continually raise the bar’ in seeking excellence in all they do. Selecting an art, whether as a curriculum subject or as a co-curricular choice, will stand them in good stead. Not many will go on to dance, sing, play or act as a career but the transferable skills of presentation, team work, dedication and passion will add immeasurably to their chosen vocation. Congratulations to all these students on a fantastic year. We now look forward to the outcome of the Auckland Showdown Awards in November. 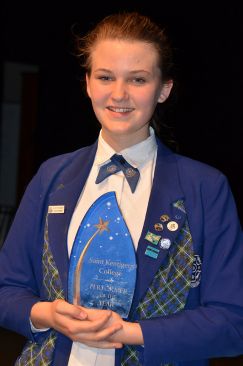 PERFORMER OF THE YEAR 2015: LILI TAYLOR
In a College with so many talented young people who have  excelled in a wide range of  artistic endeavours this year, the  selection of an overall Performer of the Year was not an  easy  decision to make. This award recognises a student whose  achievements as a performer  in his or her chosen field have  been exceptional during 2015.  The Arts Committee received a  number of nominations from students whose outstanding  achievements span the stage,  musical performance,  Theatresports and dance but it was Lili Taylor who was named  for her remarkable singing talent and commitment to the Arts  Programme at the College.

Lili is well known for her amazing voice and the ability to sing  effortlessly in many styles and vocal registers. She has been  involved in many of our stage productions taking the female  lead in last year’s production of Blood Brothers and again this year in Spamalot. Lili’s talent on stage extends beyond her ability to sing, bringing a strong, dynamic performance to each role she has taken on.

In addition, Lili has also been a member of our auditioned choir, Kentoris; the all-girls choir, Musettes; the Chapel Band; the Massed Choir where she featured as a soloist in the Town Hall performance; and as a solo vocalist with the Stage Band. She has been a finalist in the College Solo Music Competition and plays percussion in the Symphony Orchestra.

Outside of College, Lili was awarded an Auckland University George Turner Wilson Memorial Scholarship allowing her to receive lessons with one of the university professors in preparation for a classical music degree next year.

In all, Lili is the most deserving recipient of this year’s award and we wish her well with her future musical endeavours.

PERFORMER OF THE YEAR 2015
Lili Taylor

SENIOR SCHOOL PRODUCTION BADGES FOR MUSIC, DRAMA OR DANCE
Criteria: applies only to the Senior Drama Production, Musical, Dance Festival (and any other significant College production). This award is presented to all students involved; be it on stage, cast and crew, make up and technical aspects of productions. The badge will be awarded for involved in any 3 productions over any number of years while in the Senior School.

SENIOR SCHOOL MUSIC BADGES
Criteria: Covers Choral music, large ensembles and small ensembles (of all forms). Choral Music and Pipe & Drums have their own badge but the same criteria applies. The badge will be awarded after two full year of membership in an auditioned College Ensemble which involves at least two terms of regular rehearsals and takes part in regular performance opportunities while in Senior School. 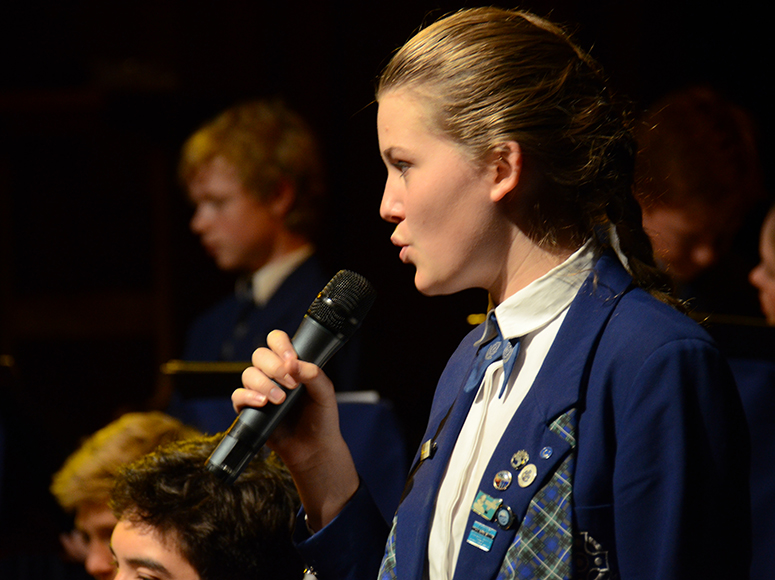 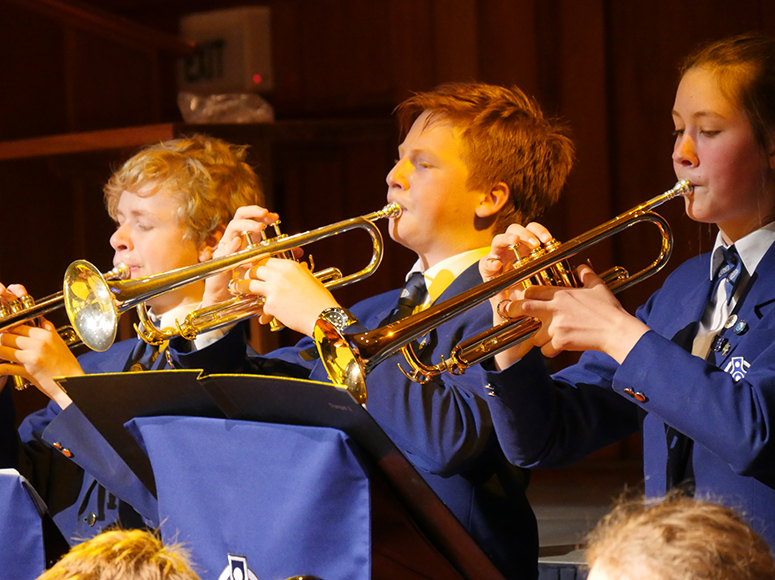 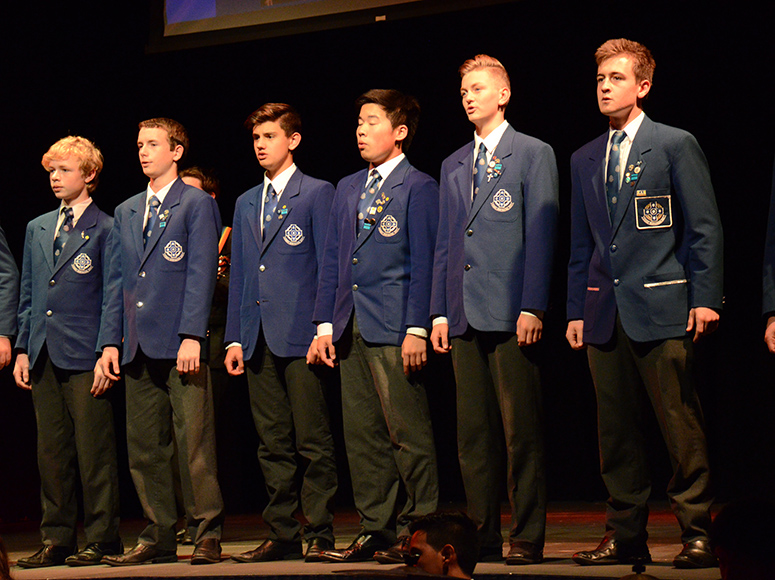 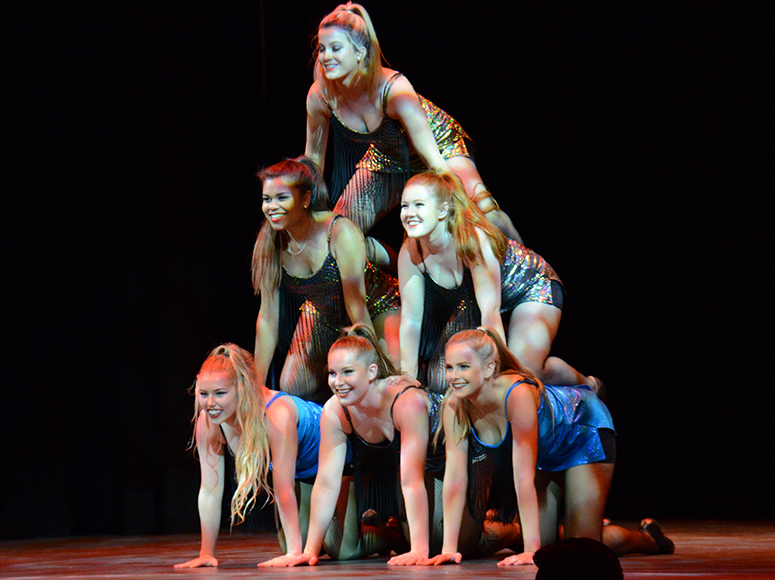 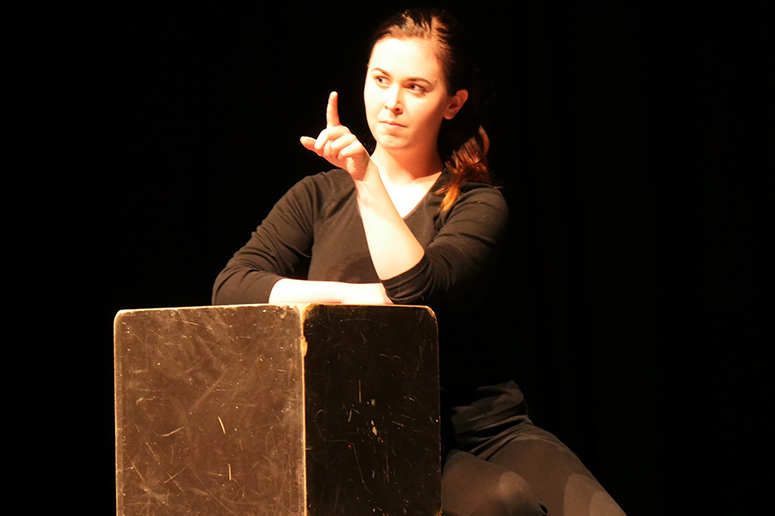 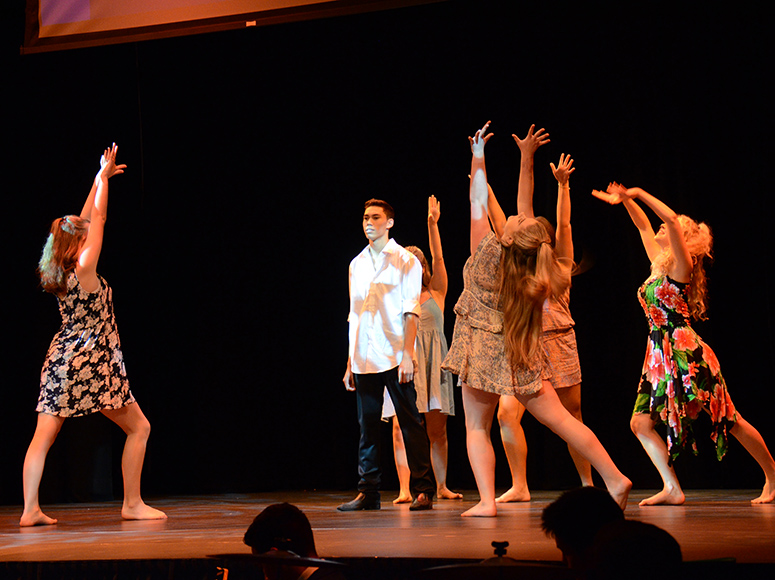 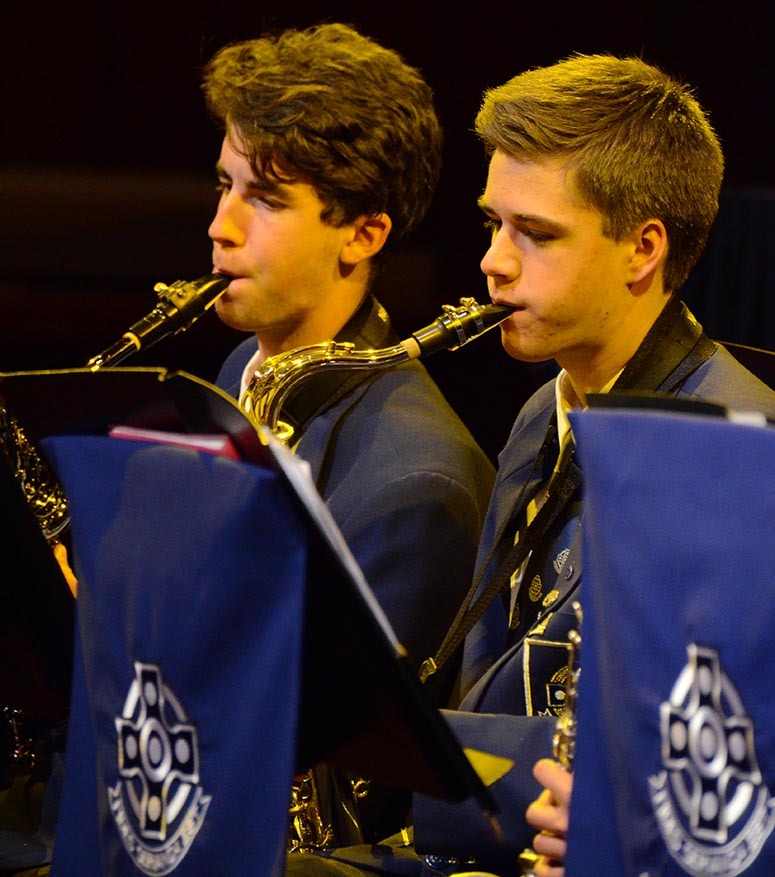 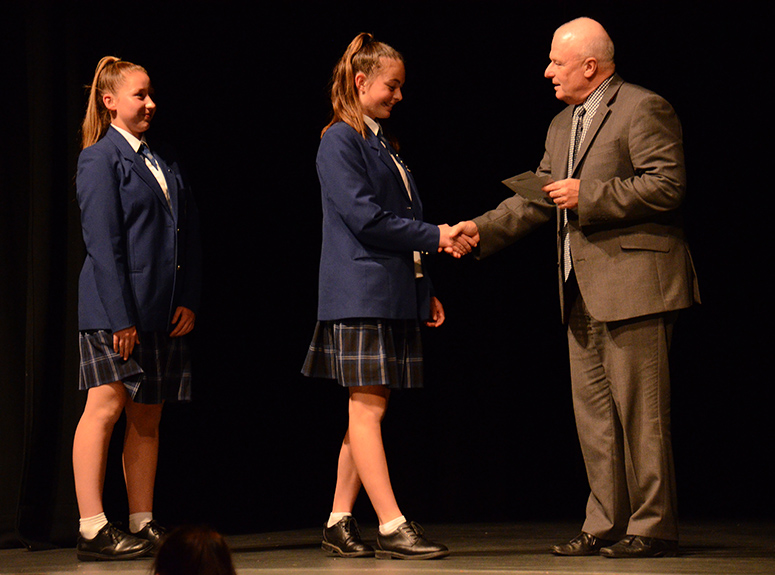