Catch Me if You Can

With the disappointment of not being able to stage ‘Chicago’ last year, after New Zealand went into an extended lockdown on the day of the final rehearsal, there was much riding on this year’s production for our senior performing arts students. With the cast selected, rehearsals got underway, with sights clearly set on a 29 March opening night – and then as two more lockdowns rippled through Auckland, the performance dates were changed. Now well-attuned to disruptions, the rehearsals continued virtually and it was with a huge sense of relief that the cast could finally take to the stage two weeks later than scheduled, for opening night on 13 April.

The true story of Frank Abagnale, Jr., a master of deception, was originally told in a Hollywood film starring Leonardo Di Caprio. Without qualifications, Frank masqueraded as teacher, a co-pilot for a major airline, a doctor and a lawyer all before his 18th birthday. He was also a brilliant forger, whose skill gave him his first real claim to fame - at the age of 17, Frank Abagnale, Jr. became the most successful bank robber in the history of the U.S.A. FBI Agent, Carl Hanratty made it his prime mission to capture Frank and bring him to justice, but Frank was always one step ahead of him – ‘Catch me if you can!’

Rewritten for the musical stage, ‘Catch me if you can’ is a bright and breezy show set in the 1960’s with many high energy dance numbers and a fast-moving plot. The show opens with the ending – when Frank is finally caught - with the rest of the show delivered in flashbacks, as Frank unpacks his tale as if he is the star of his own TV show, the concept creating a fun-filled framing device, allowing for a wide range of glitzy song and dance performances reminiscent of the era.

Year 13 student, Sam Everitt took on the leading role as Frank, the precocious teenager who sets out to carve his own fame and fortune when his family starts to fall apart. Travis Allen (Year 13) plays Frank’s bombastic father, Frank Abagnale, Sr. whose emerging downfall brings an edge of darkness to the tale. Frank hero-worships his father but loses respect for his French-born mother (Lucy Lyons, Year 13), when he catches her cheating on his father.

Following his father, maxim – that with a large dollop of self-confidence and fearless bluster, you will always be believed – Frank’s first misdemeanour is to stand in as a relief teacher at his new school, taking on classes for week before the school catches up with him. With his first deception under his belt, and with nothing more than his boyish charm and a big imagination, his cons become bolder with every new idea and he is soon successfully living the high life, with millions of dollars in forged checks, while keeping his wits about him to keep one step ahead of the law. The role of Frank is a demanding one which placed Sam on stage in the spotlight for much of the show, with many musical numbers to his credit. Sam is clearly a very talented vocalist with enormous stage presence.

When Frank’s lies come to the attention of FBI Agent, Carl Hanratty, the path is set for a cat and mouse game. The workaholic loner, Hanratty was most ably played by Quinn Thompson (Year 13), providing the moral compass for the show and a fabulous counter-point to the amoral Frank. The two men could not be further removed in character, yet there developed a growing bond of respect for each other. This becomes evident as Act 1 closes on a phone call between the two lonely men at Christmastime – and Hanratty realises for the first time that Frank is ‘just a kid.’

From air hostesses and pilots, to nurses and doctors, and a host of characters in between, the ensemble cast is tight with slick choreography, and as the dancers recreate the 60’s, they look like they are having the time of their lives! They were backed by an exceptional on-stage show orchestra. ‘Life in Living Colour,’ with Sam in lead vocals, set a lively pace and energy for a show that just kept pumping out the numbers! One of the highlights was the very slick, all-male song and dance routine ‘Don’t break the rules’ with Quinn giving a dynamic performance in the lead.

Whilst playing the role of a doctor, albeit one who can’t handle the sight of blood, Frank falls for one of the nurses, Brenda Strong, played by Melody Lui-Webster (Year 12). Brenda invites Frank home to meet her parents, Carol (Millie Eaton, Year 12) and Roger (Justin Gao, Year 11). Millie and Justin get comic mileage out of their roles, with Millie playing the over-the-top eccentric mother to a tee!

It is just as Frank realises he is in love and should leave his past behind, that he becomes aware that Hanratty is close and he must run once more - but Brenda unwittingly leads Hanratty to him. The story returns to the opening scene where Frank is cornered at the airport and is finally arrested. In a twist, in real life, on his release from prison, Frank was hired by the FBI to track down others who had committed crimes like his!

It was a great relief to bring ‘Catch me if you can’ to the stage, ensuring that our Year 13 performing arts students, in particular, had one last chance to perform to an audience after missing out last year. It was well worth the wait for a fabulous spectacle! Head of Performing Arts, Ms Sara Standring said, ‘In choosing the Musical for 2021, I wanted to find something colourful, energetic, fun and uplifting to contrast with our recent times. Catch Me If You Can stood out for its vibrancy. Working with these talented young people has being inspiring, their ability to adapt and change without hesitation makes me extremely proud of them and my thanks must also go to their families for their unwavering support.’

Our sincere thanks to all staff and students who worked on the production and showed excellent resilience and adaptability when faced with yet another round of lockdowns! Well done to all those involved both on the stage and behind the scenes! 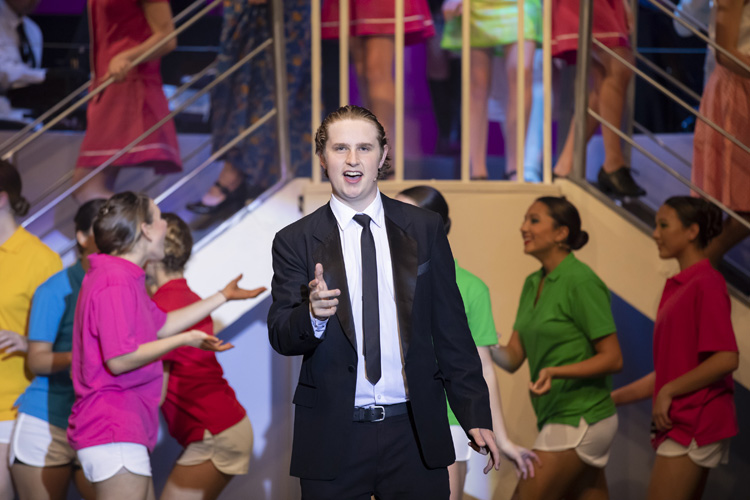 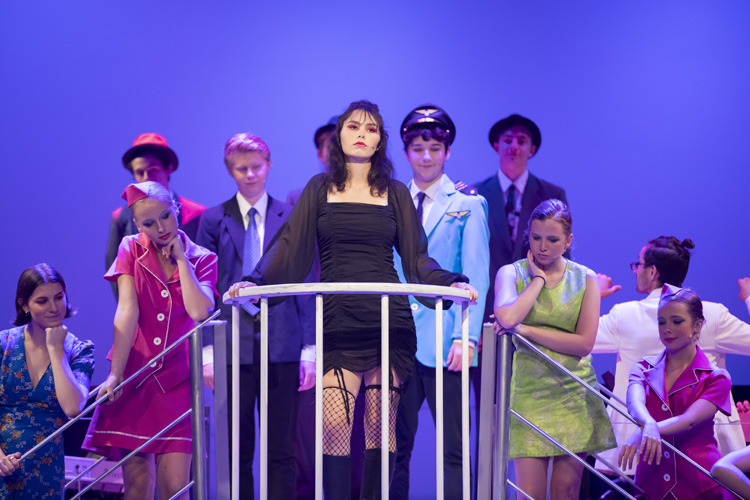 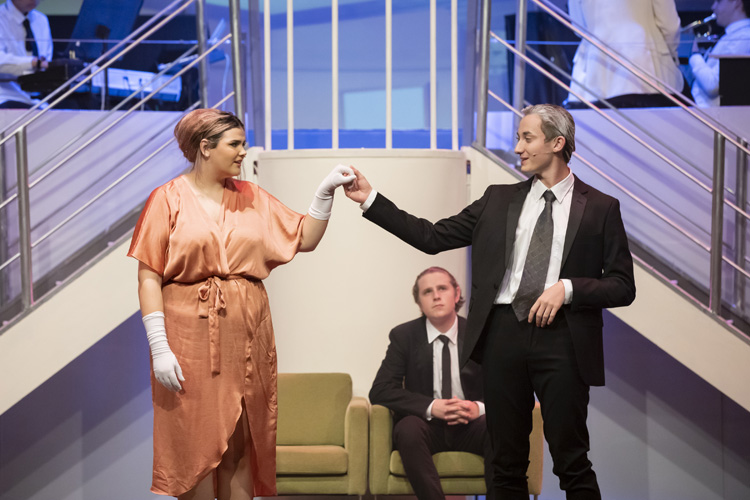 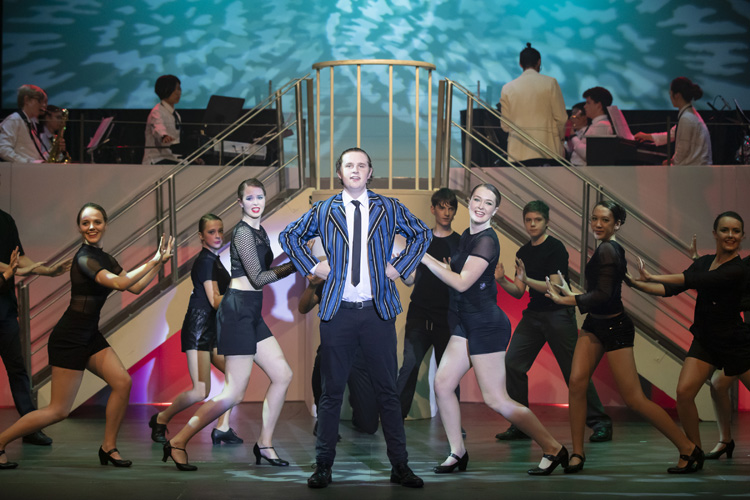 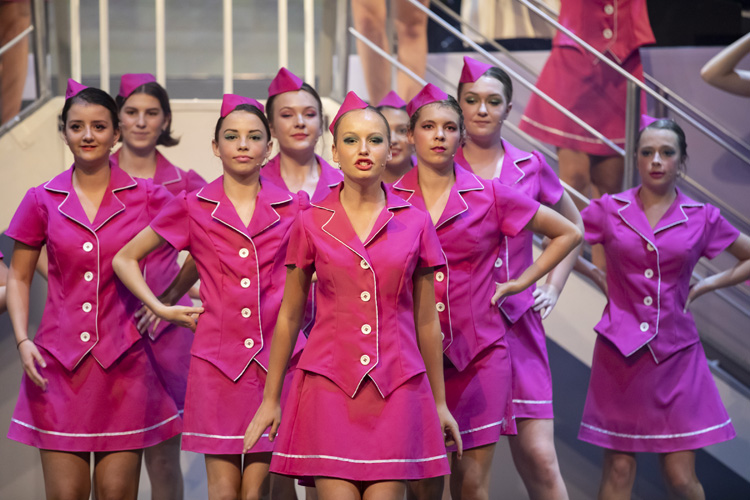 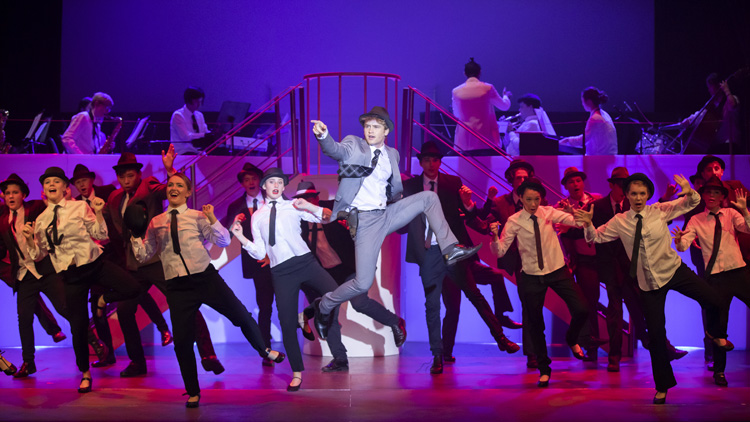 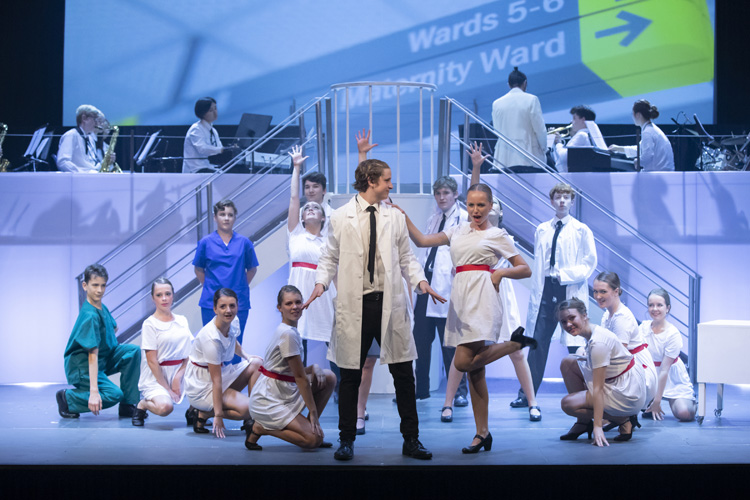 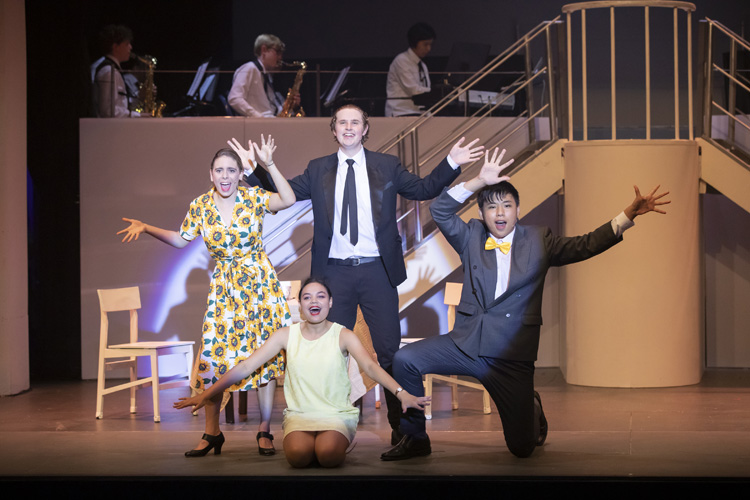 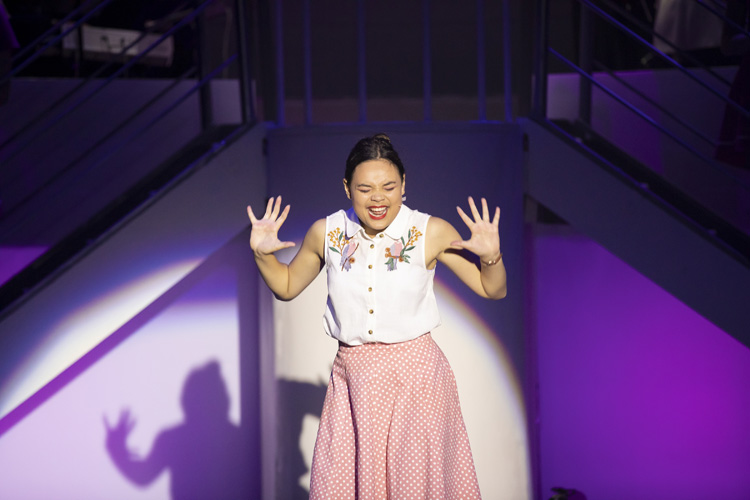 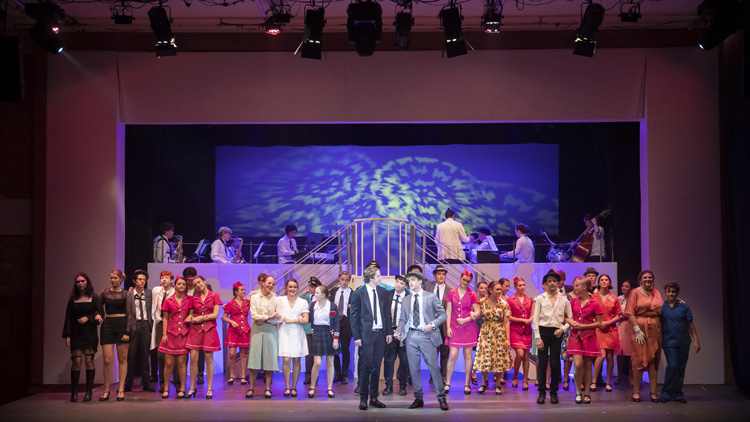