The annual Boys’ School House Spell-O-Rama, is a competition that’s keenly awaited by the boys! This afternoon, House colours, banners, chants and cheers filled JC Chalmers Hall as the top twelve spellers, three from each house, battled it out over three rounds to crown the House with the best ability to spell.

Representatives from the Junior, Middle and Senior Schools had been selected from earlier elimination heats to determine which three boys would represent their House to compete at each level on the final day of the competition. Whilst the House teams stepped up to the stage to compete, additional questions were thrown to the audience – a correct answer giving them the chance to select the next category of questions.

Hosted by Head of Art, Mr Tom Barter, in a ‘most fetching’ wig, the competition took the style of a lively television game show as the boys were put through their paces. Unlike a traditional Spelling Bee where contestants take it in turns to spell a word, the twelve contestants listened to words, phrases and instructions from a soundtrack to quickly transcribe to a personal whiteboard. No pressure but - speed was of the essence – and there was no conferring, the scrutineers made sure of that!

Along with mixed up words, backwards spelling and three words in a row, we saw words of a ‘biblical proportion’ added this year to really test their mettle! The students weren’t alone in the spotlight – at regular intervals the prefects could select a staff member to try their spelling for extra points!

After three full rounds, there were only 5 points separating all the marks with Chalmers in fourth place on 91 points, Wishart in third on 92, runners-up Hamilton had 93 and the spelling champions for 2017 were Cargill on 96 points! Well done! 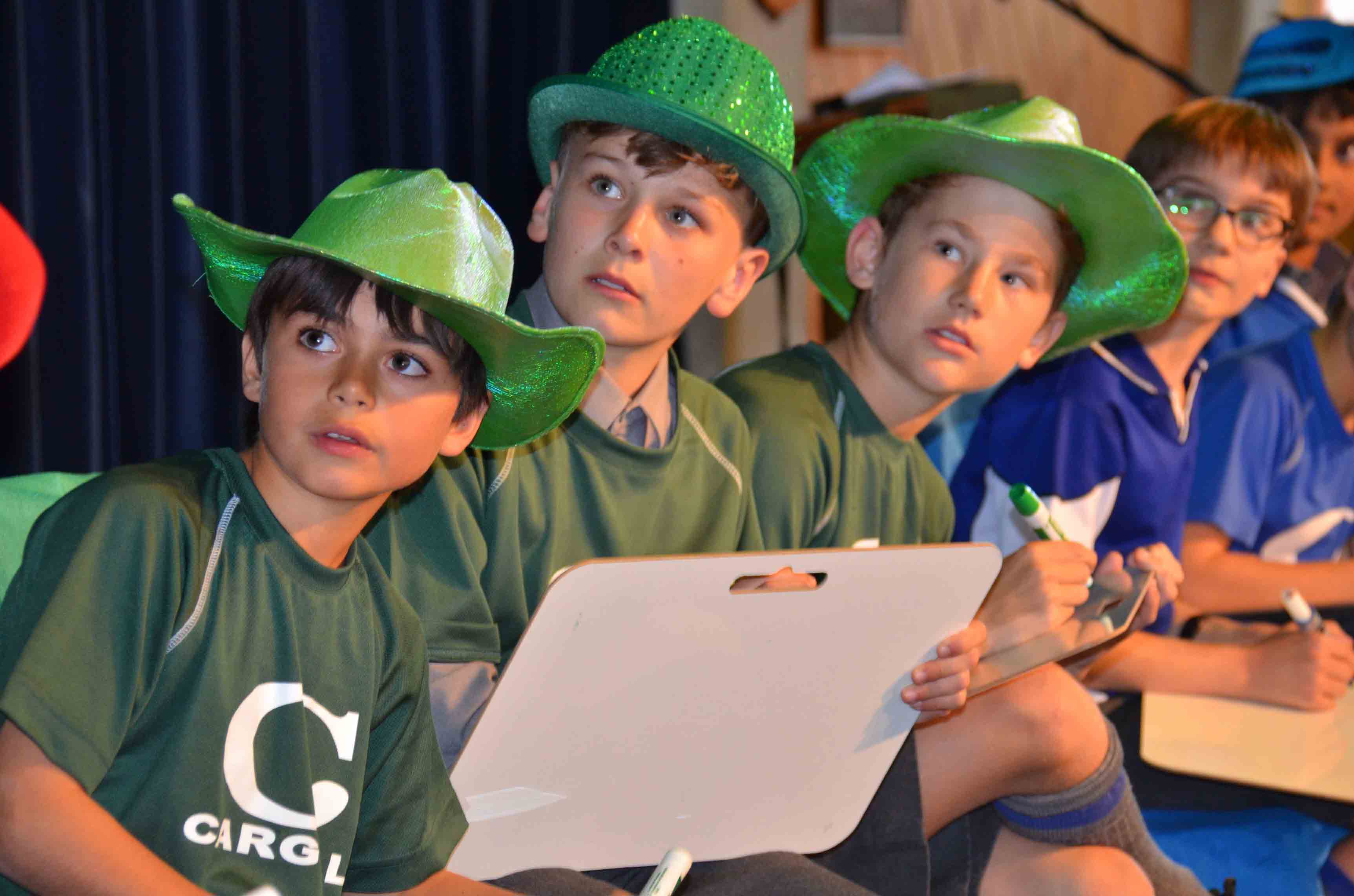 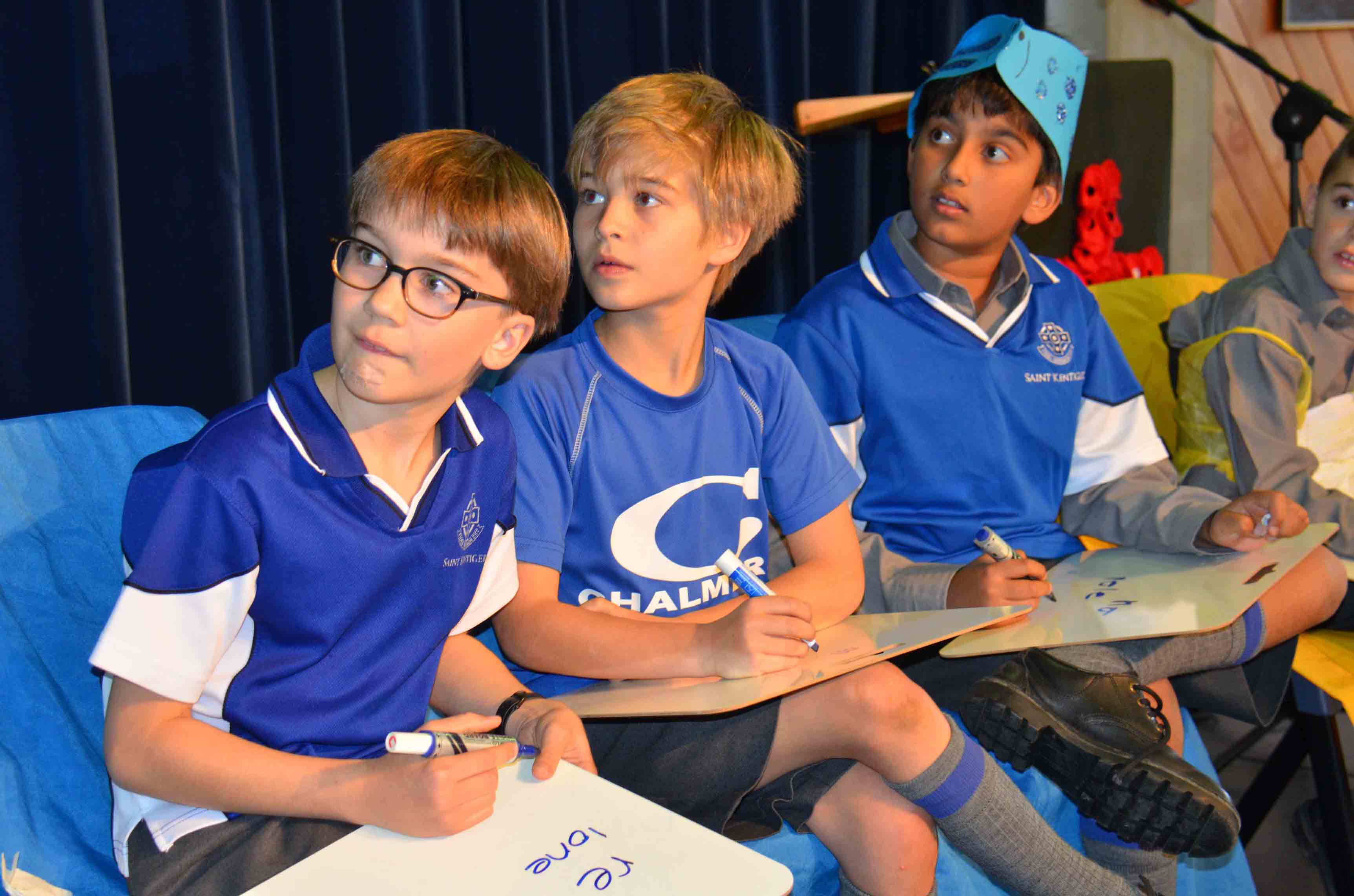 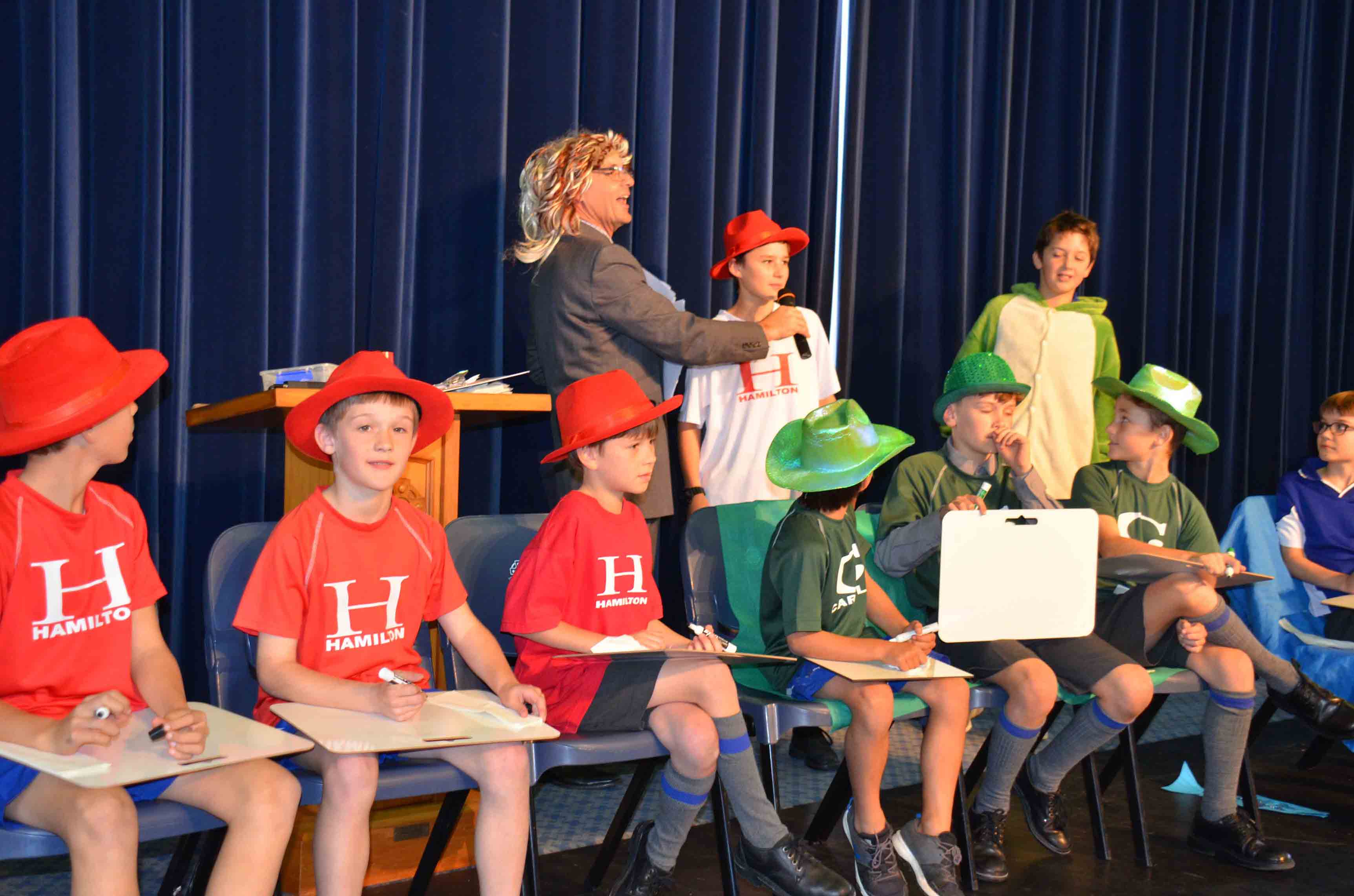 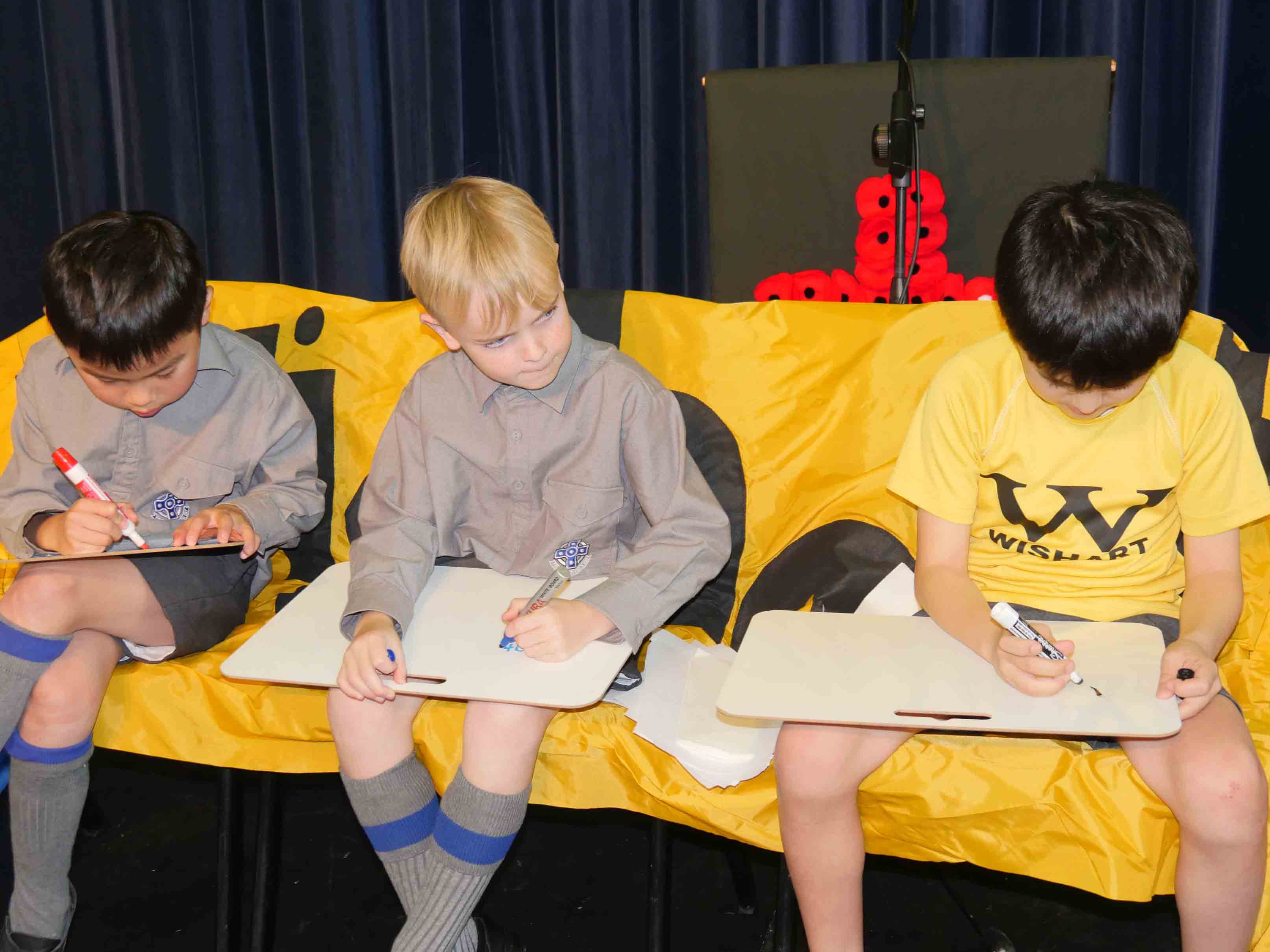