In late September, it was the turn of the boarders from 1990-1999 to be invited back to dinner at Bruce House; the place they called their ‘home away from home’ during their College years. For some, this was the first time they had returned in 20 years and as other returning boarders have said before them, the flood of good memories made for a most enjoyable evening.

Prior to dinner, President of the Old Collegians, Mr Andrew Morgan gave a brief overview of ‘SKOCA’ (Saint Kentigern Old Collegians Association) and the work that they do to keep the connections alive between former students and their place of learning. He also explained that SKOCA currently funds twelve annual scholarships across the three campuses along with other grants that are allocated for specific purposes to both students and Old Collegians.

Following dinner, guest speaker for the evening was Mr Jim Wyatt. Mr Wyatt had been the Housemaster from 1987-1994. He had also been a history teacher, 7th Form Dean and coach of the 1st XV for a number of years. He, like the boys, said that coming back to Bruce House after so many years felt like coming home; it brought back the fondest of memories and invoked truly warm feelings.

He went on to say that Bruce House has always been a vibrant place where you could not just be a bystander; you had to be involved and each generation of boarders will believe they had the best of times. He regaled the audience with tales from the past, supplemented by input from another Housemaster, Mr Neil Ritchie (1995-1997) who was unable to attend.

Following dessert, Head of College, Mr Steve Cole gave an overview of College life today and how boarding has changed over the years. Bruce House has been a dedicated part of the College since 1954 and whilst the numbers of boarders waned during the 2000’s, the numbers are once again strong – largely the influence of the introduction of girls and the recognition by families of the positive effects of having siblings board together at the same school.

He also explained how the nature of boarding has changed over the years and how many of the boarders are now seniors who live relatively locally and board during the week days only to enable greater commitment to their studies and sports. He said that the College continues to excel in all areas and he makes no apology for wanting the College to ‘be the best!’

The evening concluded with the former boarders reflecting back on their time at Bruce House and the influence being a boarder had in shaping their lives. They all spoke of the positive impact of being part of an extended family and how the Housemasters and Matron were guiding figures during those years. Above all was the strength and sense of camaraderie that developed and has since transcended the years. We look forward to seeing them all again at other Old Collegian functions. 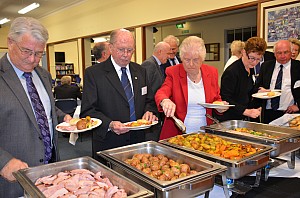 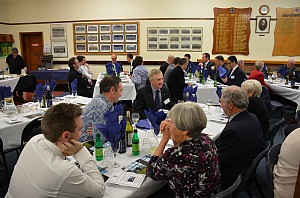 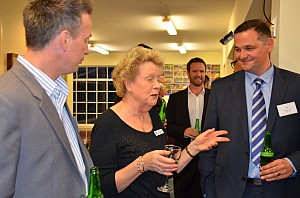 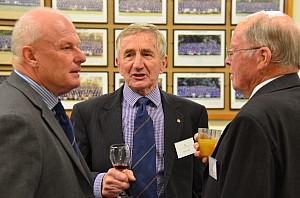 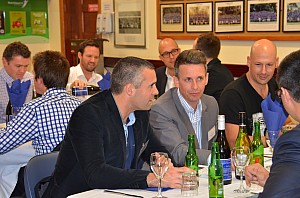 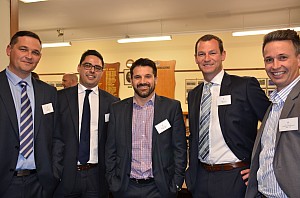